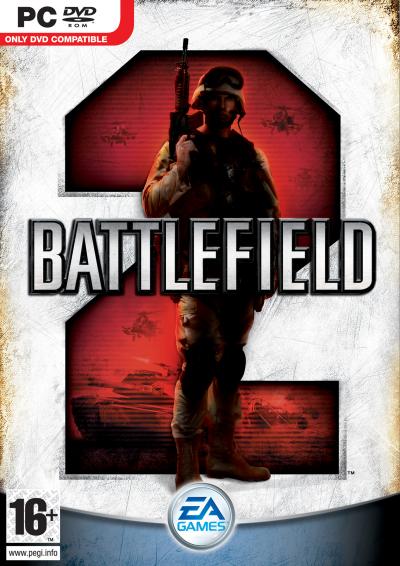 With Battlefield Bad Company 2 coming out next week I want to revisit one of the Battlefield games that were awesome as a multiplayer game. Battling with Call of Duty and Medal of Honor, Battlefield was first made only for multiplayer and exclusive for the PC. Boasting large multiplayer maps and the ability for large scale 64 player battles, with tanks and planes, Battlefield 2 brings the series into the modern era. 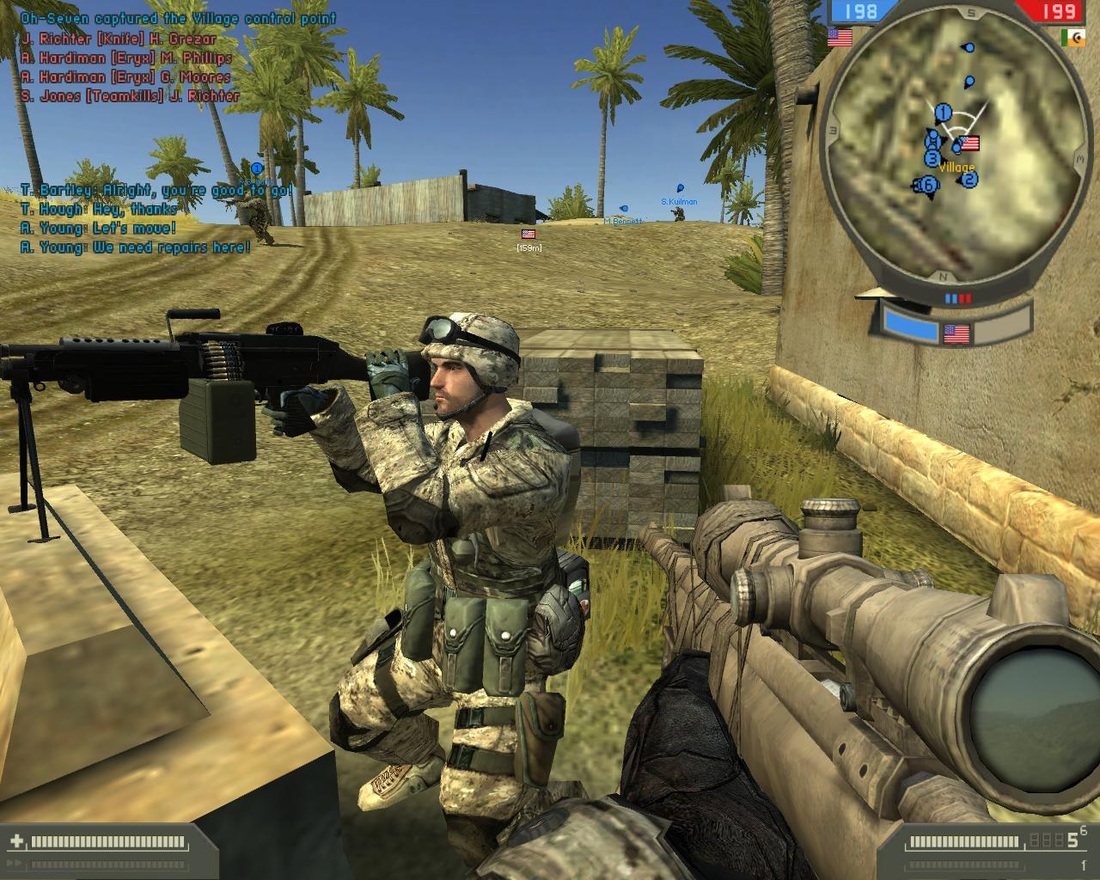 The single player of past Battlefield games have been mixed. With meh AI and good weapons and number of maps. This is no exception but the AI this time is a bit smarter depending on the amount of AI. Sometimes they will attack in groups but usually its a one-man army. There are modifications for more and smarter AI players in one map which does make the game harder and longer.

As usual there are many classes to choose from which will make your weapon choices limited. They range from Spec ops to medics and Engineers. They all have special tasks and responsibilities to do. Such as a medic is to revive and heal people while a engineers are to take out armoured vehicles. While they have limited weapons you can unlock more by killing a specific amount of people.

The game only has one mode, the famous conquest mode which the main target is to control all the points and get your opponent’s tickets to zero before they do to you. There are many maps in this one but it lacks a campaign and tutorial so new players to the series might struggle at this at first. 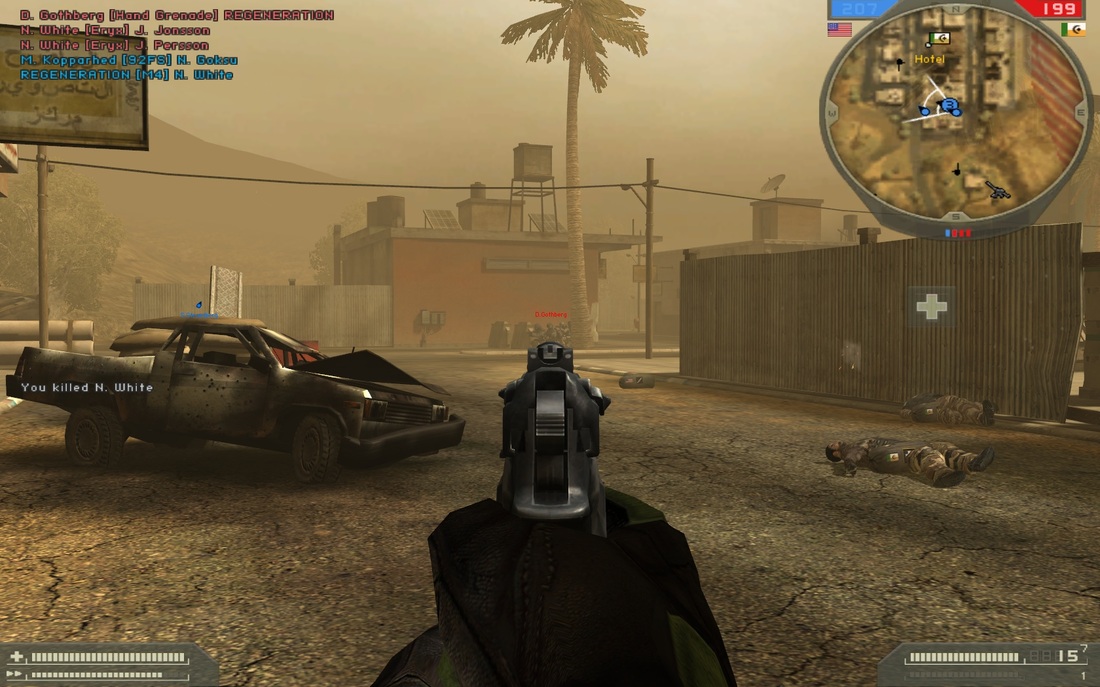 Battlefield 2 looks great especially on those higher settings but be careful it may slow down your computer. The water reflections are cool but not so when your dead in it. The vehicles have a wide selection from tanks, APCs, helicopters, jeeps and now a jet.

Also new to the series is a squad based system. Joining one of those squads let you be under control of your squad leader who follows the commander which gives them orders to follow which you can. If you are the squad leader you can decide to accept these orders or do it your way. Now along with this of course you can be the commander telling your team mates or AI what to do. If they don’t you can rebuke them. The commander also controls air strikes which take 6 seconds to land, UAVs and scanners which locate enemy troops or supplies.

There are many maps to choose from with different terrain ranging from Bright sunny beaches to the villages and cities. There are 3 factions in this game; the MEC, USA and China. But there are more depending on your patch and expansion. As the Russians are only in the Special Forces expansion and the European forces finally have a fight in the 1.5 patch. 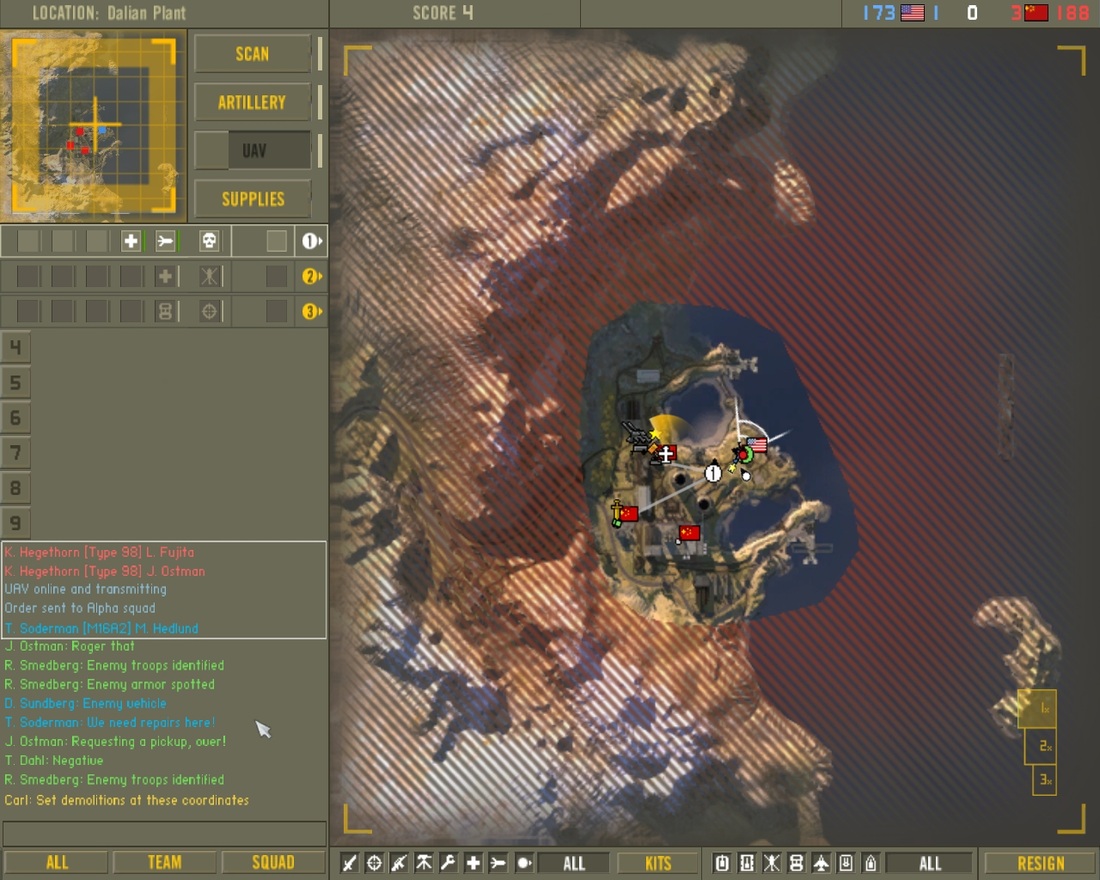 The single player aspect of this game is really cool apart from those pesky dumb AI. Though a few mods later, the game will be the most fun for a single player experience.

The entire series of Battlefield is aimed mainly on the multiplayer, being able to form clans, have 32 v 32 matches and good old voice commands. Now with a whole bunch of extras in this, could this change FPS forever?

The formulas are still the same. Control the point, the opponent loses more tickets. Now there is something new called Cooperative mod which lets both human and AI work together against human and AI. Though they won’t be as fun as the conquest which only allows humans.

A global tracking system lets you record your kills and deaths and may reward you,weapons. The weapons will unlock as you rank up allowing you to get better weapons for all classes. As you do progress you will get to customize you character for each class, although not at great extent. 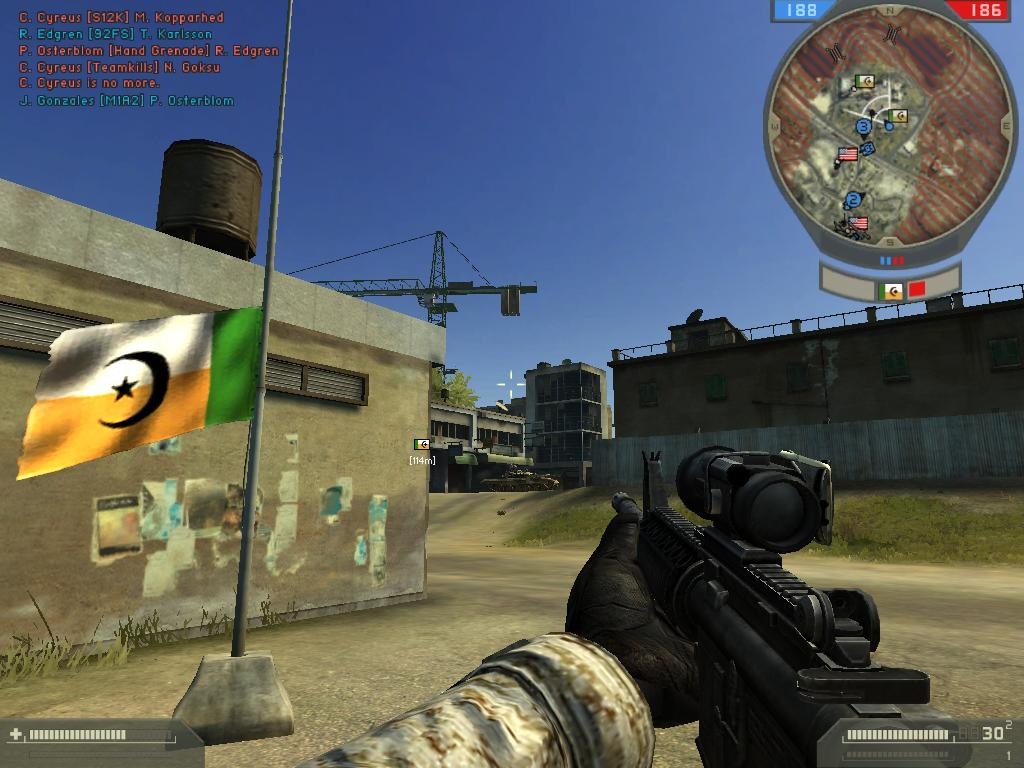 Adding to this is a new built in recording system to record you matches from the servers, which is great for the machinima company. As you finish a round you can download the files needed and you can keep those files and make your own movies.

As the more players there are the map size also increases. Because you don’t want 64 players on a 16 player map right..? As more players increase the map gets bigger and also adds more control points which can affect the game time. The host can select the number of players, number of tickets and maps.

All the vehicles from the single player are here too but those pesky weird helicopters and airplane controls keep me away from one. Squads are also here with a commander, though you will need to be voted to become one. Also its not every game that your team mates will always listen to your commands and battle cries. 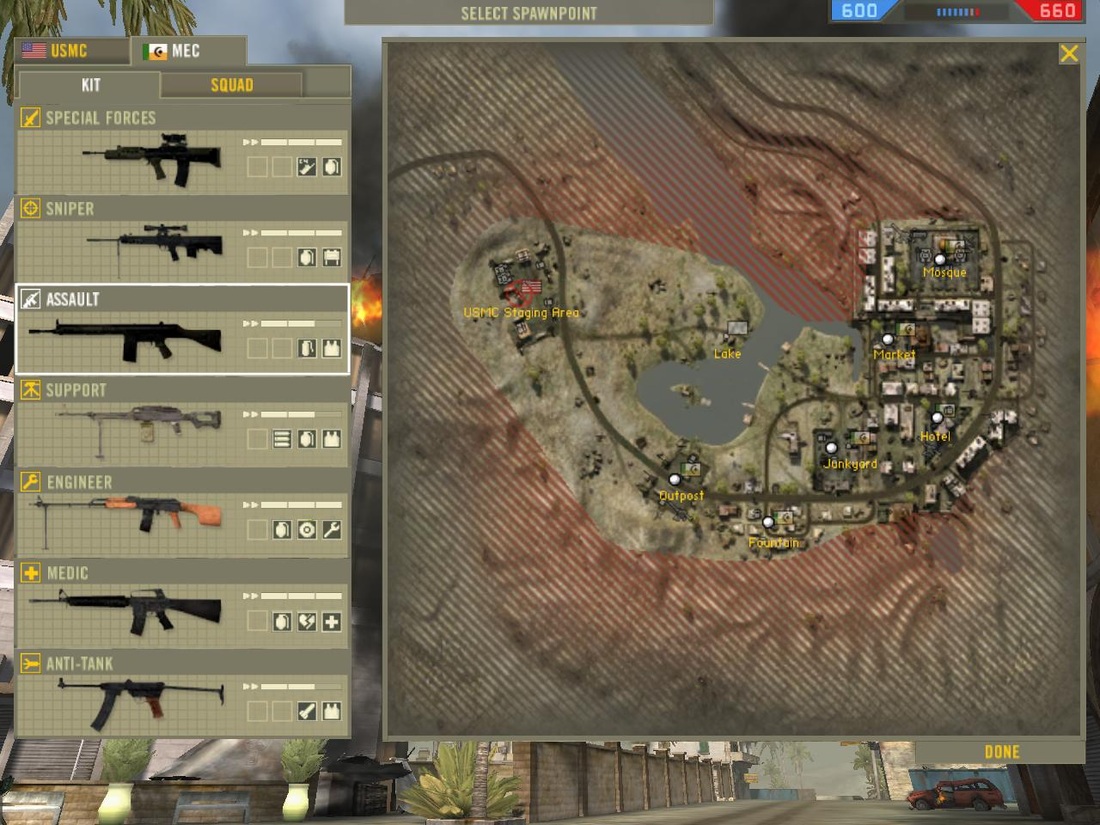 The multiplayer is phenomenal with 64 players, big crazy maps, able to record your battles and also letting you shout at your teammates via a microphone, although that command is already there. A top notch multiplayer game, what the Battlefield series is know for.

This game is a massive hit in multiplayer with a good single player game. Although the AI needs to get better for future Battlefield games, if they still sick with the old classic style. Overall this is a great game with a few bumps that could make it a even better game. With many still many playing online today the community still thrives. Now lets see what Bad Company 2 can cook up.