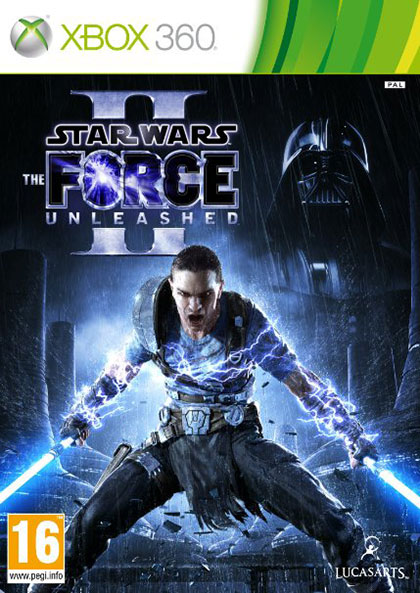 The Star Wars universe has one of the most interesting and compelling stories and most Star Wars games are just that. Star Wars: The Force Unleashed 2 is the sequel to the ground breaking Force Unleashed which branches the two trilogies together, using the force for full destruction and a great story. The sequel has less of all and falls very short of a Star Wars game. It gets repetitive quick, the levels are all the same and the story is just broken. Although it does have awe-inspiring graphics and sounds, it isn’t enough to help the fate of this 5 hour game.

You play as Starkiller again, but it’s a bit different as you play as a clone of him, well one of them. You have been created by Lord Vader to become the perfect assassin. But many have failed before you because of one flaw. Then you start to show that flaw, the emotions of the original Starkiller which lead to his downfall. Then at the moment before Vader is about to execute the clone, he sees the memory of Vader betraying Starkiller. 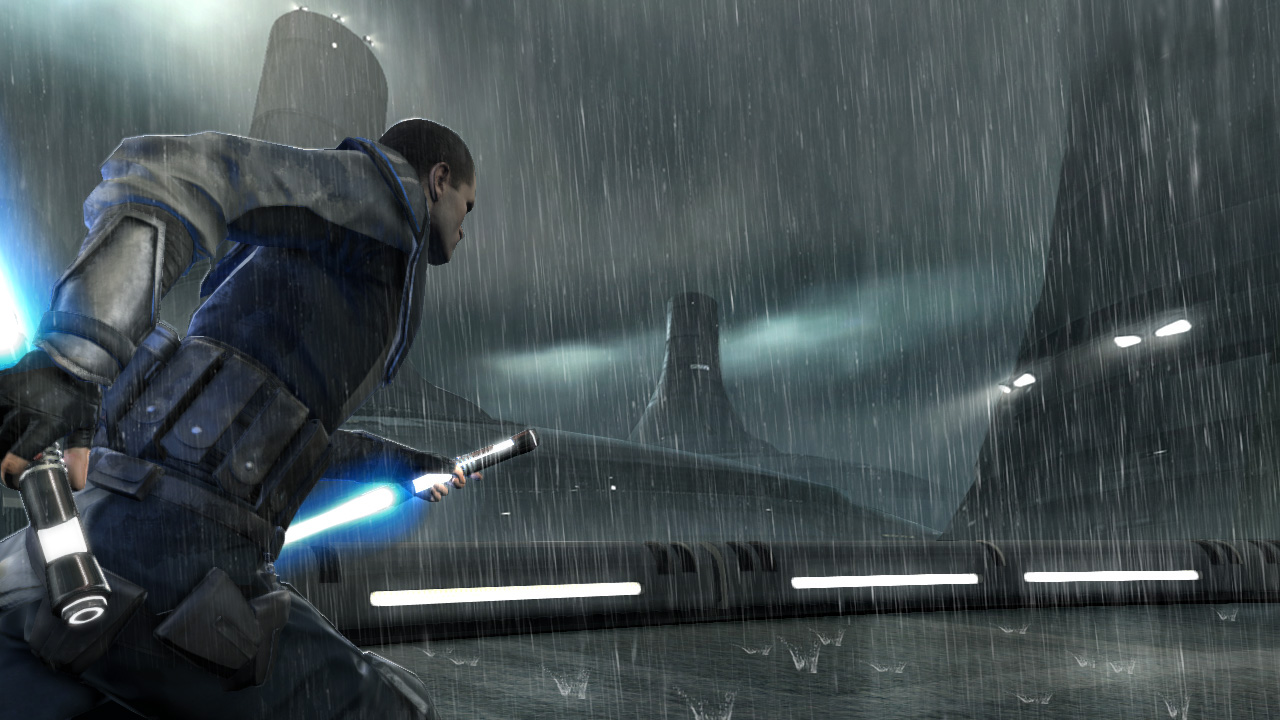 The clone then attacks Vader and escapes the cloning facility and begins on an adventure to destroy the Empire and Vader. The game only last about 5 hours, which is not a lot to fully explain a well written Star Wars plot and this falls very short. There is very little story in this game and even less cutscenes. The story is completely boring and is very uninspired considering what a vast universe they had at their disposal.

The gameplay of Force Unleashed 2 is the same as its predecessor; you go around killing, moving and button mashing enemies. Now you have two lightsabers to use which does look fantastic and is fun at first as well as the new mechanic of dismemberment so you can chop up enemies. Despite those the game takes a step back. There are so very few enemy types, so you’ll be fighting the same stormtroopers again and again. They do sometimes throw in some enemies who are resistant to either melee or force attack but end up the same nethertheless. There are a few mini-bosses who are easy to take down and the quick time events themselves get bothersome and repetitive. The main bosses, there are only a few and those have multiple quick time events which again are bothersome and very inconvenient. 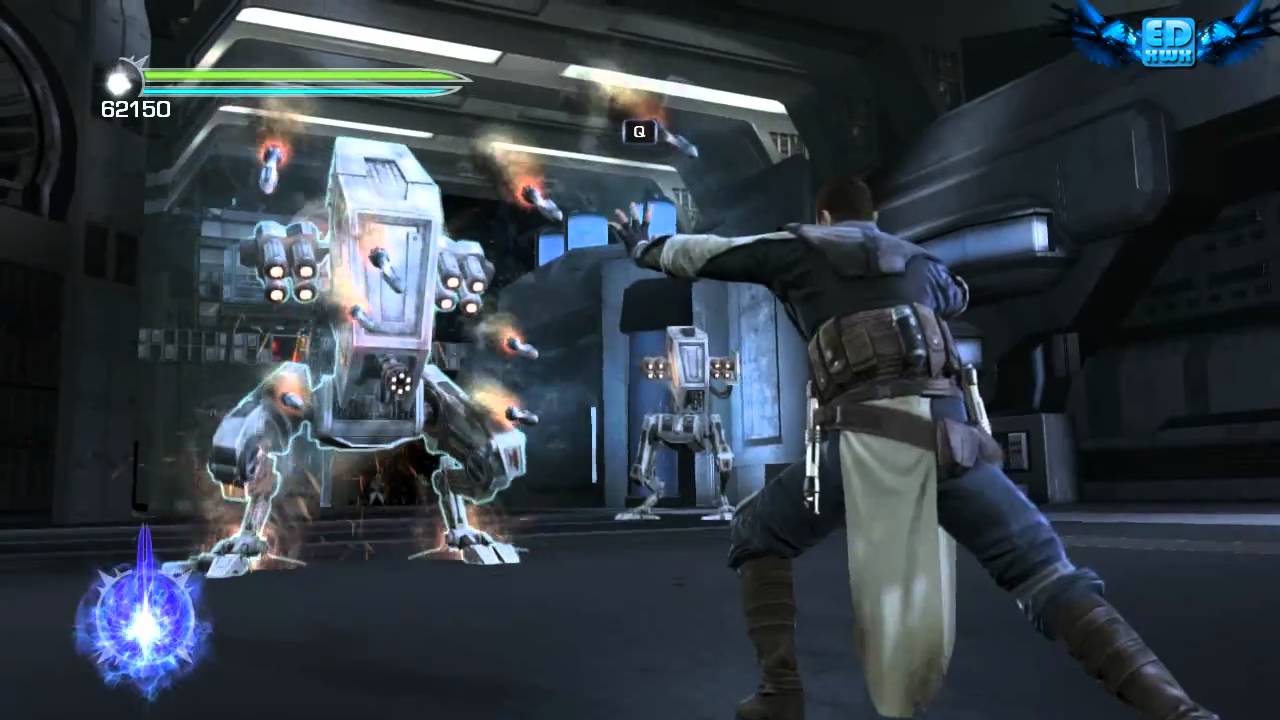 You level up your powers again by using experience points and there are few abilities from the Jedi mind trick to the awesome Force repulse. All of these are unlocked early in the game and just basically upgrading each one has no really any significance into upgrading them. Different crystals can be equipped for either lightsaber and each colour has its own effect or buff. This customisation itself may become crucial against some later enemies or to upgrade your abilities faster. Other than that the crystals are just more eye candy.

And a very pleasing candy The Force Unleashed 2 is. The minimal cutscenes look great, and when falling down the tower to escape at the beginning with the rain, Tie fighters flying around and the lighting zapping all look fantastic and have that glossiness to it. The sound design sounds spot on in a Star Wars game. The music of dashing pass Tie fighters to the slight ambience before meeting a former master all make this game not completely dead. The voice acting is great in general and sounds true to the universe, Storm Troopers will converse to each other if they see you or the moment of the words of wisdom all sounded extraordinary. 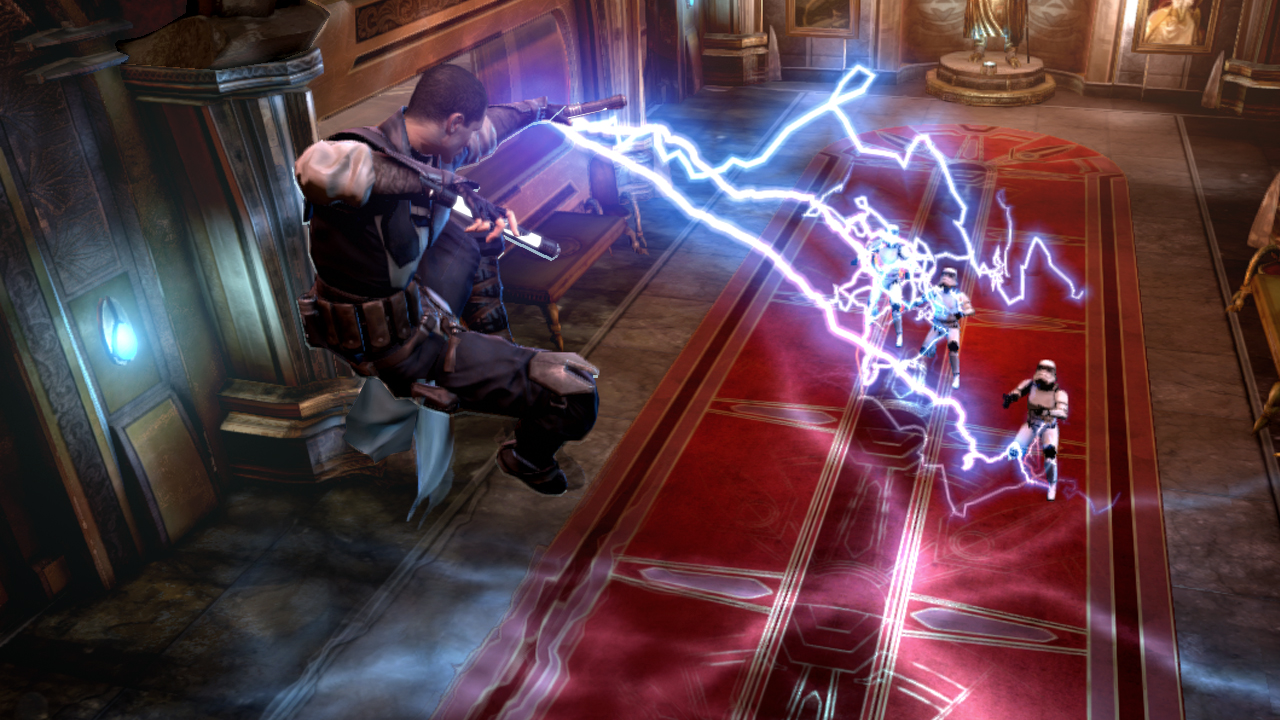