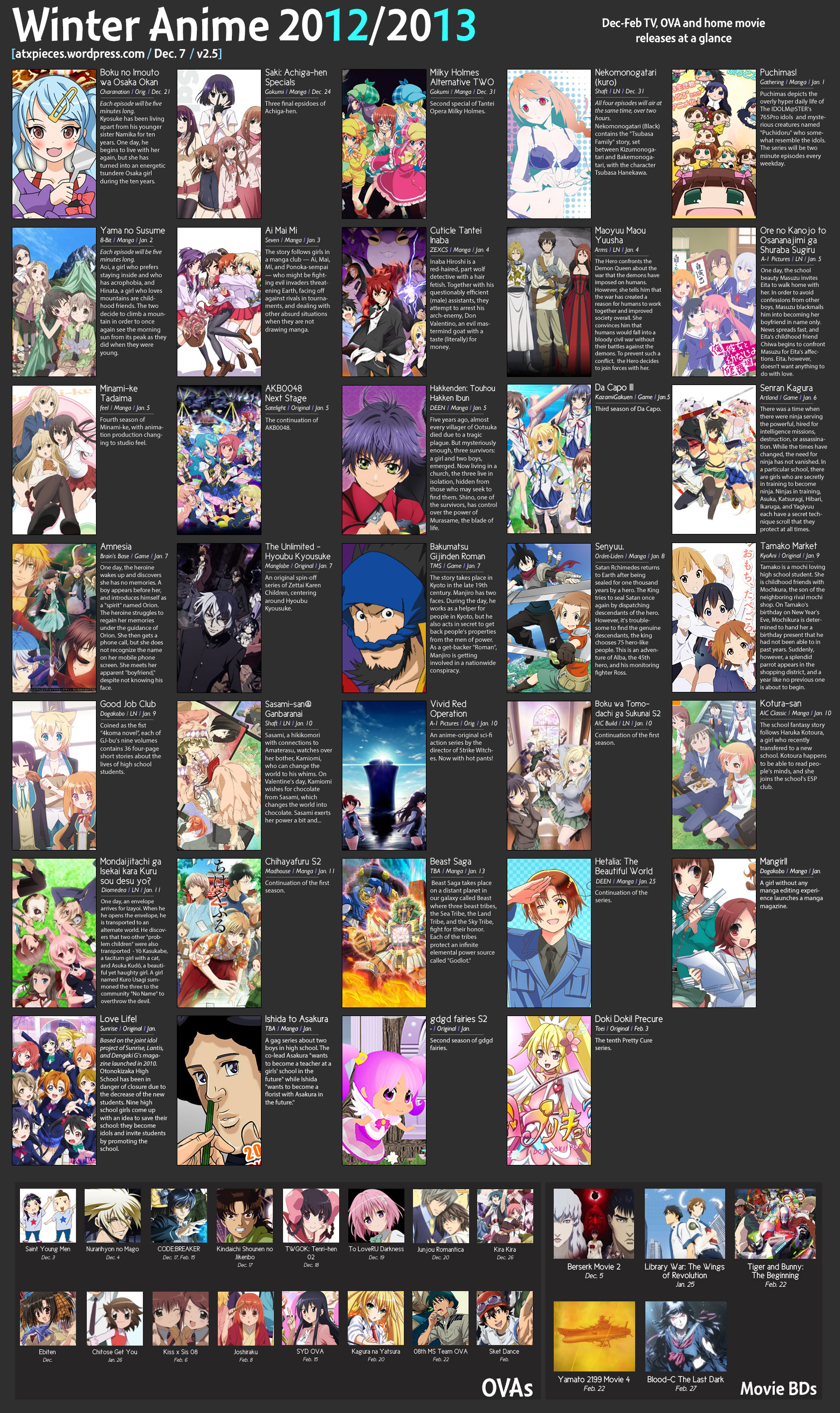 The seasonal anime chart is a community made chart, made by various people, that contains all the known and listed anime set to release during that particular season. This involves anime TV series, OVAs and ONAs and movies. The chart is updated periodically and all listings are not final.