The long awaited second season of IS <Infinite Stratos> has finally been given a time of release. Season 2 of the Izuru Yumizuru’s popular light novel series was confirmed at the past IS festival event, and has been confirmed that the second season of will be coming this fall.

The new season will continue on from the previous season. Here is a list of the returning voice actors/actresses: 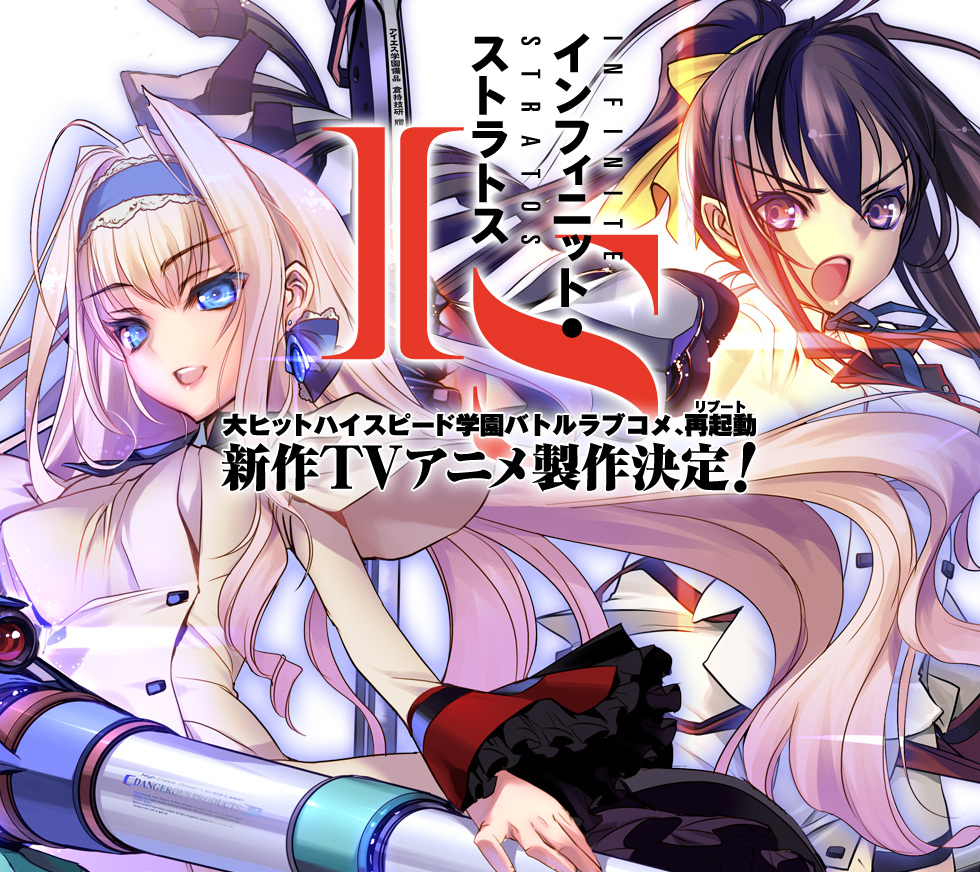 Along with this new announcement, Overlap has released a promotional video for season 2 of IS<infinite Stratos>:

The new season will once again be produced by 8-Bit and Yasuhito Kikuchi will be returning to direct the anime and composer Hikaru Nanase will continue to score the music. Unfortunately character designer Tomoyasu Kurashima will not be returning, but veteran designer Kumi Horii (Zone of Enders, Student Council’s Discretion) will be handling the character designs of the new characters. Kouichi Mugitani, who designed the mechs in Busou Shinki will be leading the mechanical designs in season 2 of Infinite Stratos.

The video above introduces two new characters from the light novel series: Takenashi and Kanzashi Sarashiki. 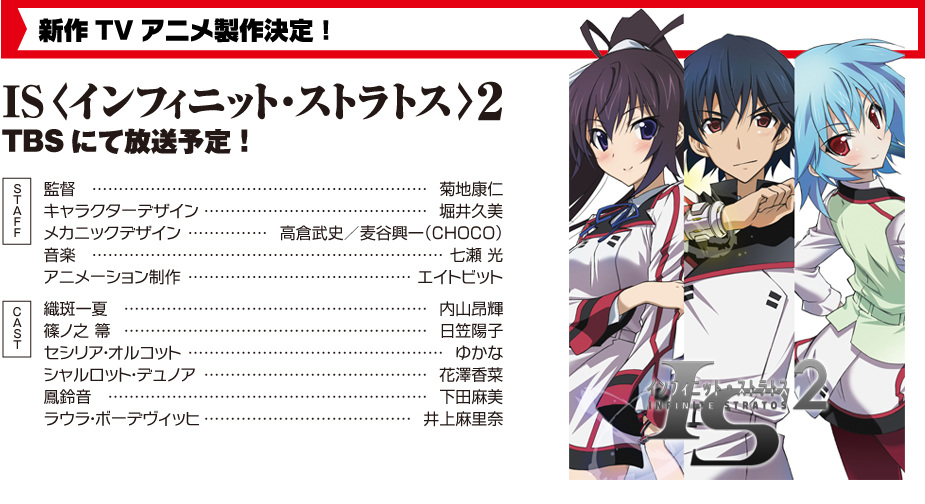 Additionally, Overlap has released a new promotional video for the reboot of the light novel series, after author Izuru Yumizuru left his previous publisher Media Factory. The reboot project features a re-release of the light novel series under the new publisher, which will has a new original artist designing the characters and art. Additionally, new releases of the <IS> Infinite Stratos light novel series has been underway with the anticipated Volume 8 releasing earlier in the year. An extended version of the promotional video below was bundled with the 8th volume.
<IS> Infinite Stratos is a light novel series by Izuru Yumizuru that was first released in 2009. The light novel was first published by Media Factory but issues between the author and publisher arose and ultimately Media Factory dropped the series. The series was picked up by Overlap, and with the change of publisher a change of artist was also issued. The first 7 volumes has been re-released under Overlap and the first new volume published was volume 8. Infinite Stratos was given an anime adaptation in 2011, which was produced by 8-Bit and ran for 12 episodes. An additional OVA followed, and a manga adaptation ran from mid 2010 to 2012.If you don’t know anything about this glorious anime or light novel series here is a synopsis of the anime from MAL:

The second season of IS<Infinite Stratos> will be airing throughout the fall season starting in July. In the meantime, you can check out the new official website for the series here: http://over-lap.co.jp/is/