The official website for the second season of the anime adaptation of Mamare Touno and Tetsuya Kumagai’s Log Horizon has finally opened. With its launched, a new promotional video has been revealed as well as the cast and staff of the upcoming anime. Oh and one more thing, the anime’s Opening theme will be Database. 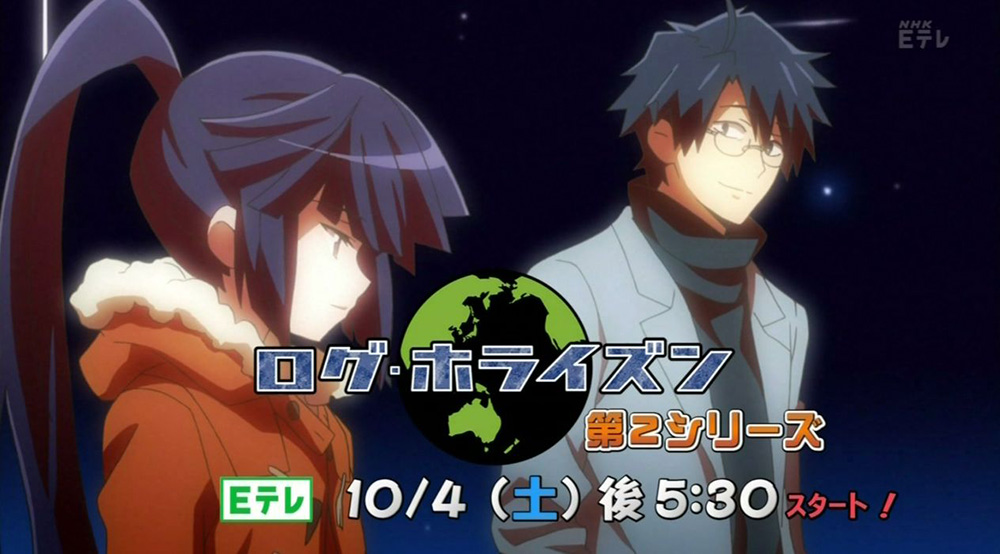 That’s right, the anime’s Opening will be Database by Man with a Mission featuring Takuma, once again. The upcoming anime’s Ending theme will be Wonderful Wonder World* by Yun*chi, who also performed the Ending of the first series.

The anime’s website has also revealed the cast of the upcoming anime. The main cast will return to reprise their roles and includes:

While the video at the moment is at a low quality, enjoy these high quality screenshots of the PV:

Are you pumped for the new season? Are you ready to Database!?