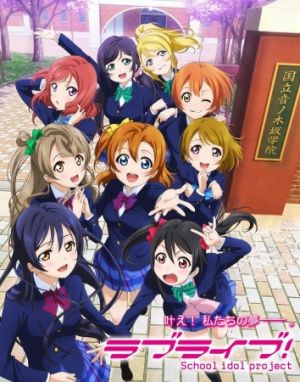 With Otonokizaka High School planning to close within three years, nine female students come together with one thing in mind—form a pop idol group to revive the school’s popularity and keep it from shutting down. Their goal is simple: Become an overnight sensation and use their nationwide media exposure to promote their school and bring in a wave of new students to the ailing area. A simple but solid plan, they figure. Naturally, they’re nervous and wonder if this plan can really succeed, but for better or worse their new journey has begun…

Okay, first thing is first: this is my first Idol based anime. Real shock ain’t it? The nearest anime with a pretentious amount of music was K-ON, and that was enjoyable. So the only mindset I have going into this is, there’s going to be good music and dancing, with a heaping of moe and a non-existing plot. And so, after the first episode of Love Live! (writing the full name is stupid) I have some mixed feelings towards this series so far- maybe since it’s the first of its kind that I watched. I picked this up on a whim, since I would like to watch as much anime as possible. Regardless, here’s my take on the episode so far. 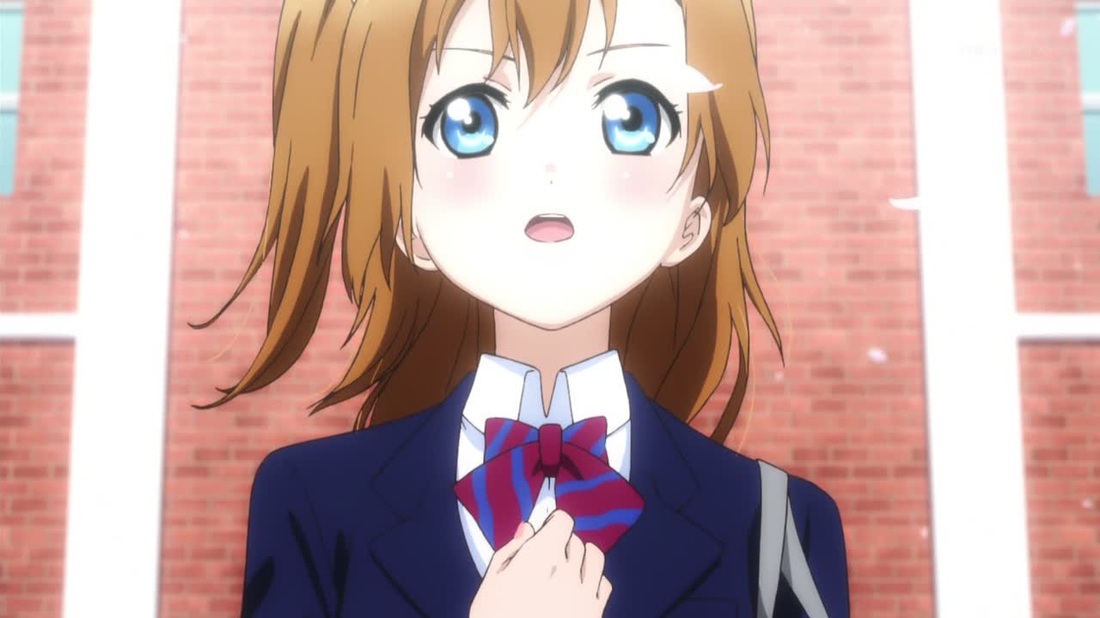 The episode starts with a whimsical song that does sound good and looks good, with all the Sakura trees and whatnot. We then get a flashback- for the remainder of the episode- to explain why the MC is singing. The school is closing down since there isn’t enough students and apparently the MC- Honoka- is shocked about it since she loves the school. Throughout the episode we see the shenanigans between her and her friends- Kotori and Umi- as they try to piece together a way to save the school. Also, Honoka seems to be clumsy and an airhead. And so since her sister is going to another school- UTX (sounds similar to my Uni) Honoka discovers the power to unlimited wealth, Idols. After seeing the advancements of UTX Honoka wants to create an Idol group to make the school popular and attract more students so the school doesn’t close, but their proposal gets shot down by the sole members of Student council. Also, we meet Azusa under glasses, the two members of the Student Council, a shy girl who can sing and play piano well, some tomboish little sister, and her mother and grandmother. 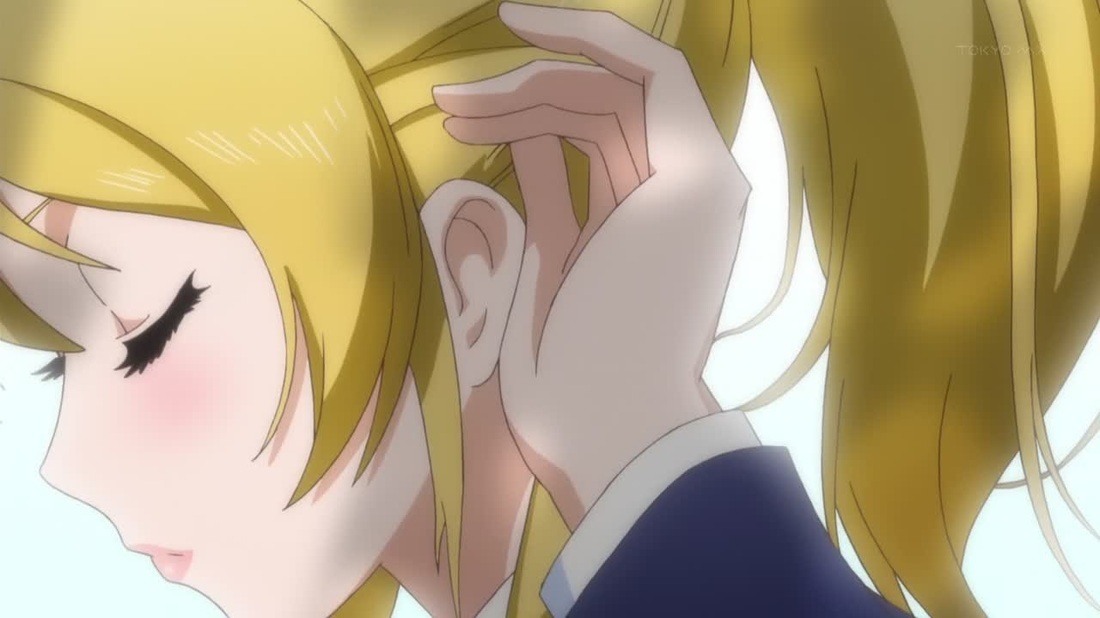 We also get a taste of Honoka, Umi and Kotori’s relationship- and we can identify the tropes quite easily. Of course all the characters seem cute and have matching voices- with some adorable voices for when they were smaller- so it makes sense that this should be a winner. All the characters seem to be well distinguishable and have some defined history and actual tasks to do. But most of the episode is just the ramblings of a teenage girl wanting to be an Idol to save the school. Yeah, it doesn’t sound too catchy.

On to animation and one thing I need to say. Why the hell do all the characters look like they’re wearing make up? I mean seriously, they are clearly wearing make up throughout the entire episode. I’m sure most anime with cute girls and possibly the other Idol based anime don’t have this, so why does it glaringly show that they wear make up? Their cheeks are bright pink and shiny, their lips are just as pink and for some reason they have pink knees… weird. It just attracts the attention away for me and I just ponder why? Still on the topic of animation, the CGI is bad. Not that it is bad in terms of being CGI, but in terms of it being CGI in my anime. CGI in anime is not always done well- IG does a good job- and in this case, it just looks awkward as hell. It makes them stick out too much and they move so weirdly. I know Idol anime groups use this as well, which is why I don’t watch them. Maybe I’m not use to them since I rarely listen to music- but if you’re saying that I wont like the anime on this basis, well balls. 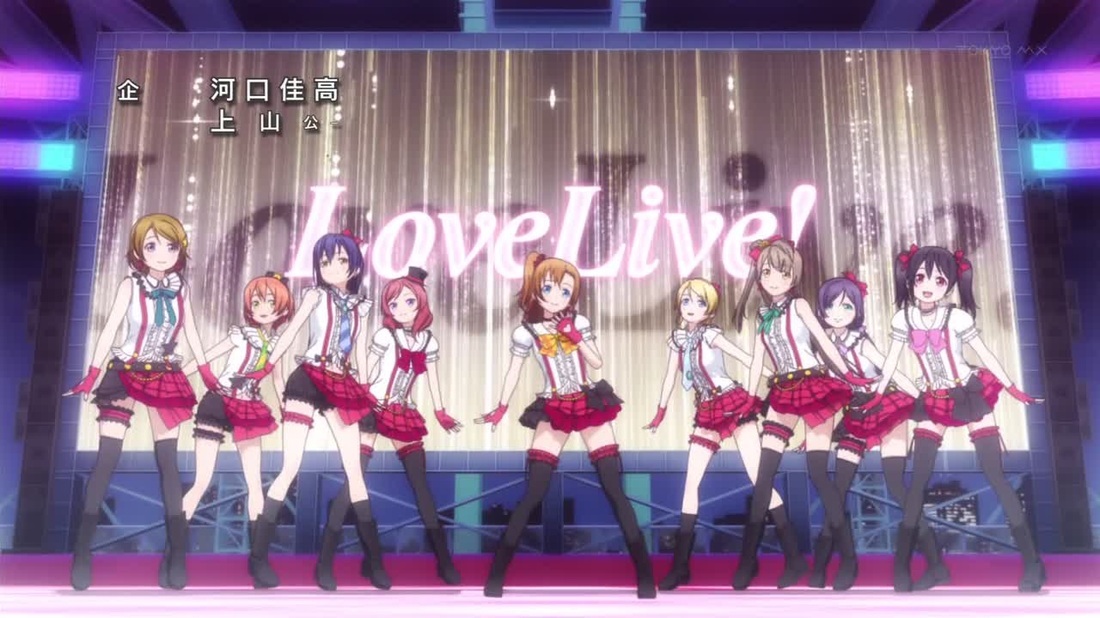 The music in the anime is quite good- as I would anticipate form an Idol anime. The Opening- minus all the CGI stuff- is quite good and catchy, like most J-Pop. The insert song in the middle was quite beautiful and I’m not sure if the last song was really the ending, since it played at the beginning before. The popular Idol group’s song is all right and sounds to be a mash of a couple of music genres- once again, not a music buff. The lyrics seem to include English, since maybe it sounds cool? Regardless the sound of the anime is very good, maybe since it’s due to it being an anime about Idols. 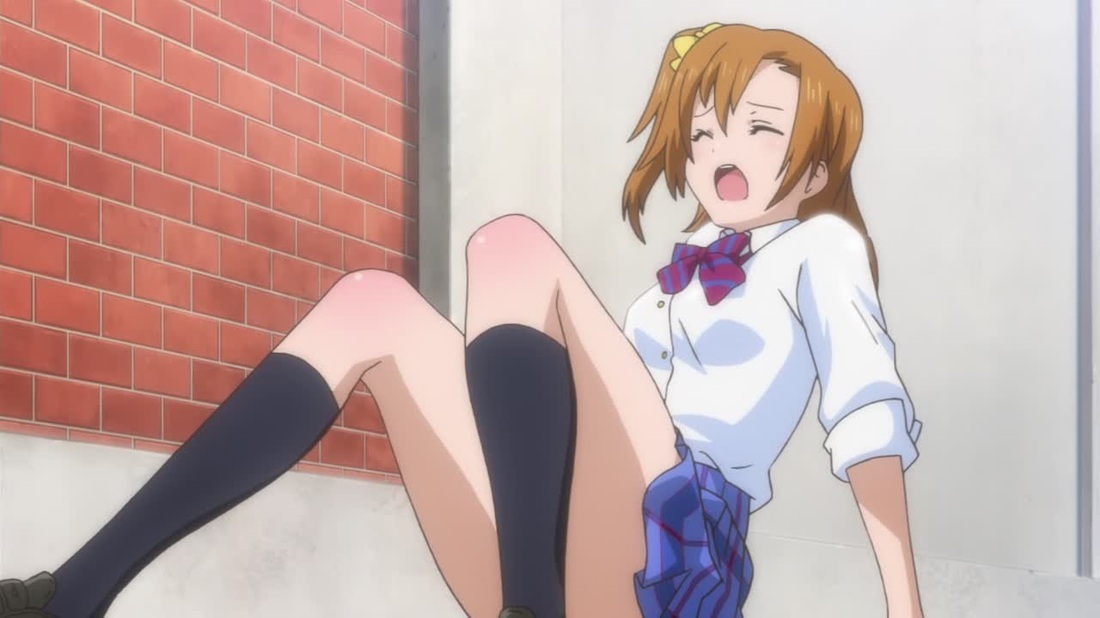 While this review may sound cynical and negative, it really isn’t my final thoughts on the episode. Once again, I have mixed feelings since this is my first time- please be gentle. I will continue to stick with this for the time being, but it may be something I drop out of the 12 or so anime I’m watching this season. Maybe it isn’t for me? In any case, cute girls singing good songs with distinguishable make up is the summary.