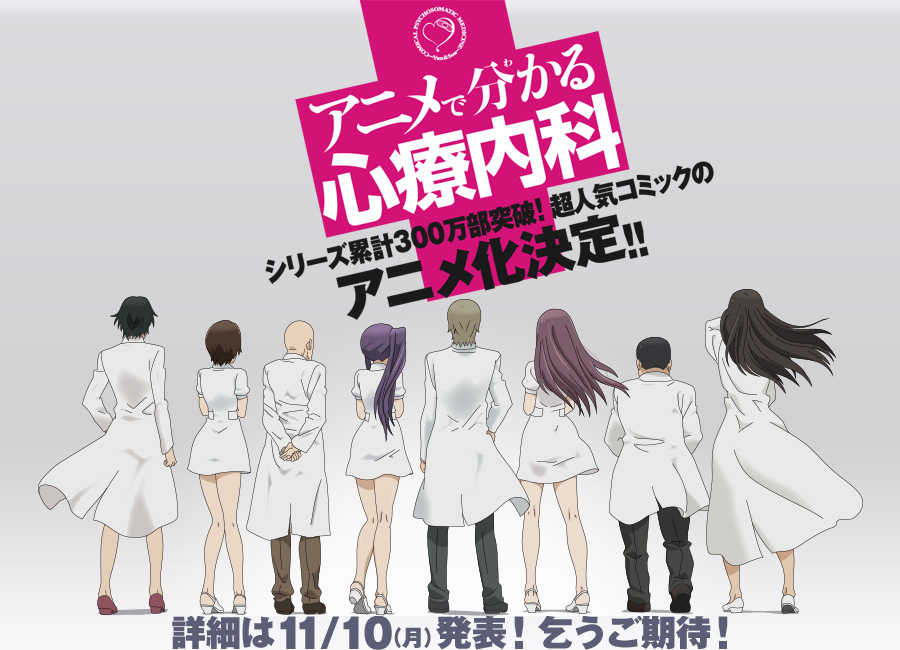 Yuu Yuuki himself is an actual psychiatrist using his experience and history in the field for the series. It is a comedy manga that focuses on the various ways the doctors and nurses explain mental disorders in a light hearted yet educational way. The series itself received a drama CD adaptation last year, which included: 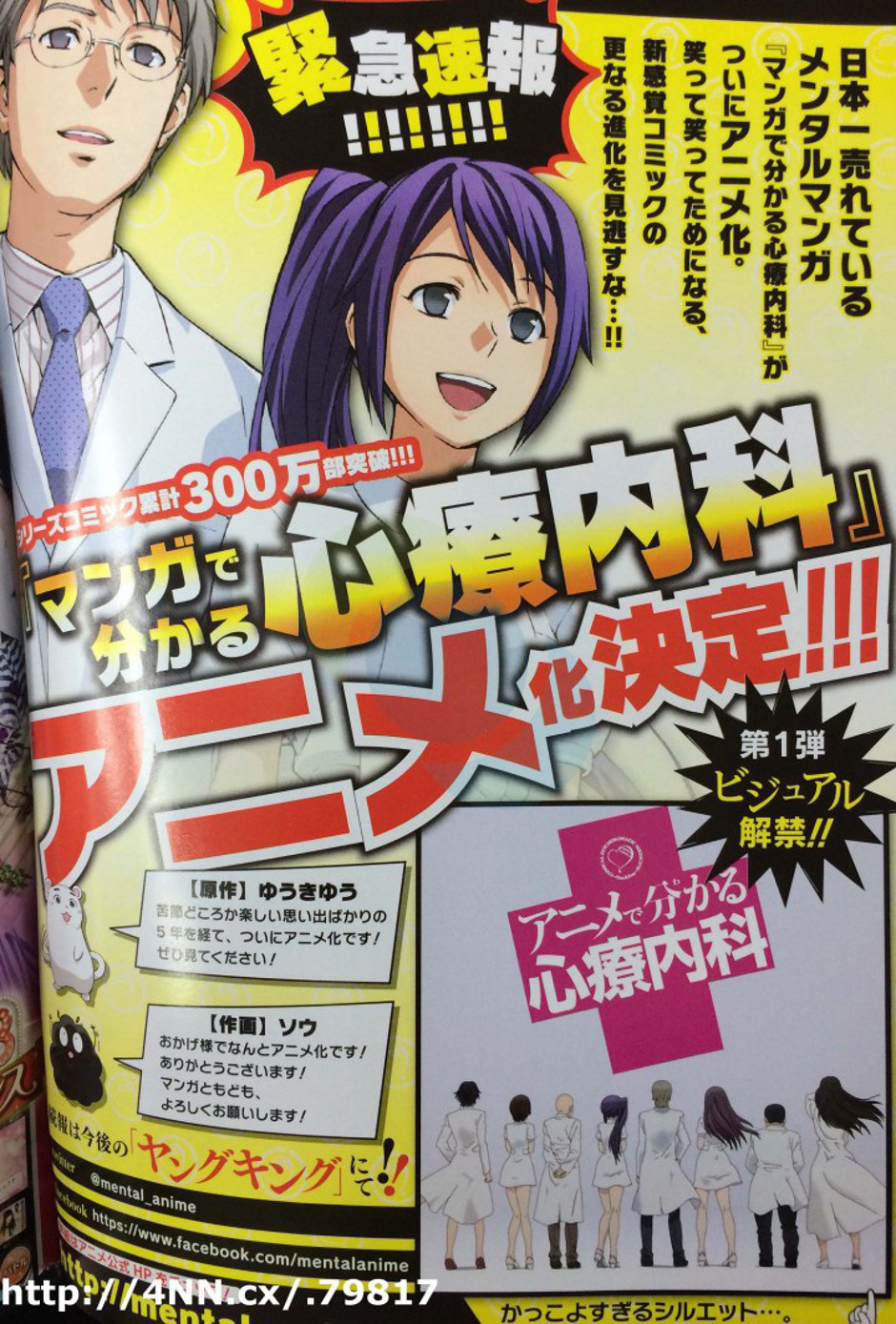 Manga de Wakaru Shinryou Naika is a manga written by Yuu Yuuki and illustrated by Sou. Yuuki used his experience as a psychiatrist to create the manga as a web series in 2009 before it was picked up by Shonen Gahosha and began serialization in their Young King magazine in 2009. To date a total of 11 volumes have been compiled and a total of 3 million copies of the series is in print. The manga also received a drama CD adaptation bundled with the manga’s 8th volume.

The psychologist Ryou and his cheerful nurse Asuna explain many aspects of mental illness to the reader. They cover topics such as the validity, prevalence, and origins of mental disorders, in addition to addressing specific disorders. The information is imparted in a cheerful and comic manner, with various jokes, puns, and pop culture references.

Anime de Wakaru Shinryou Naika will be airing in 2015. More information about the series will be revealed during a presentation on November 10th.

So what do you think about the announcement? Will it be an interesting series?