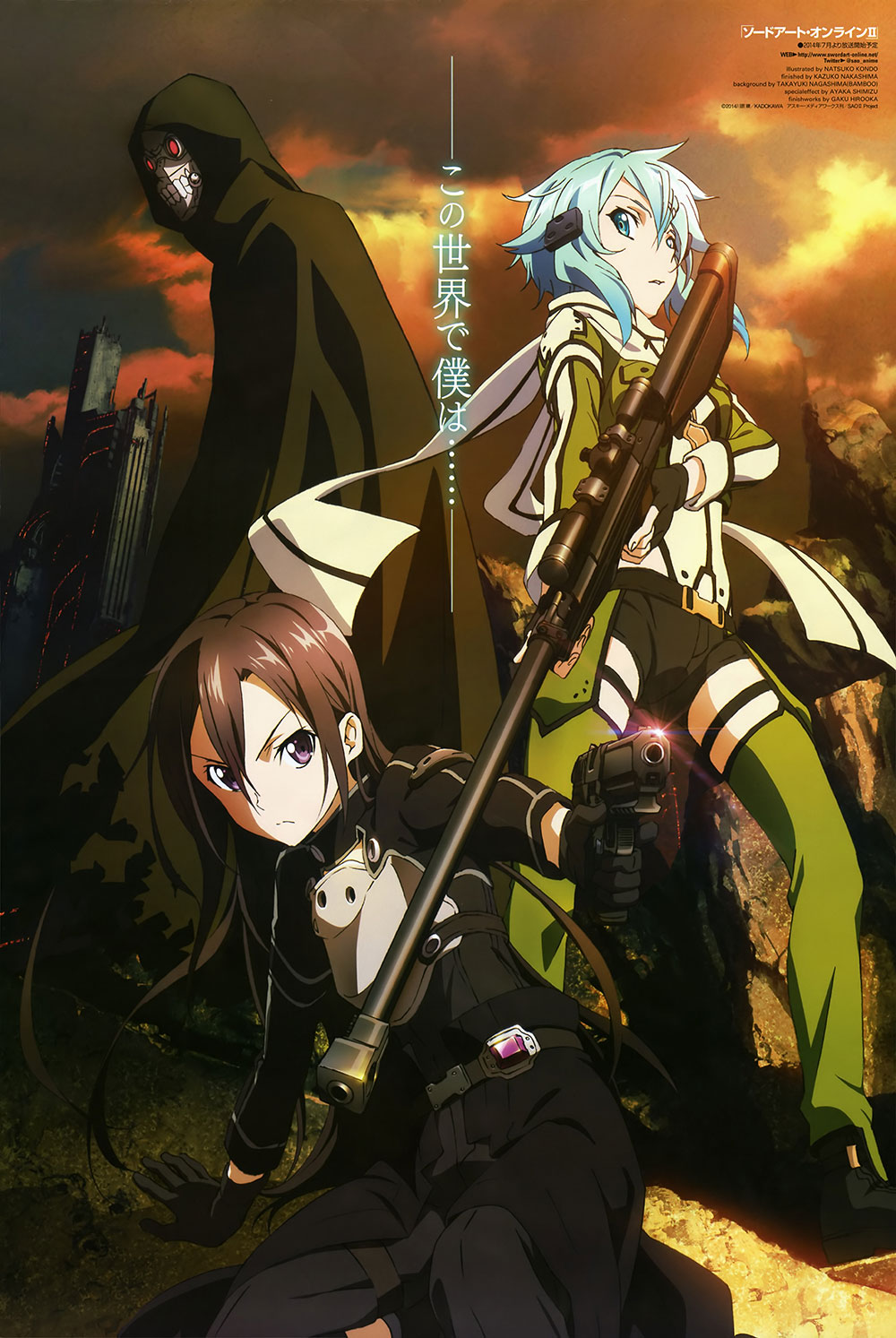 Sword Art Online is a light novel series written by Reki Kawahara, who also is the author of Accel World. The light novel series began in 2009 and has sold millions of copies, topping the charts in 2012. Additionally in 2012, an anime adaptation was released. The Sword Art Online anime aired in July 2012 and was produced by A-1 Pictures, which received a large reception. Since then, the series has appeared on a plethora of media from handheld and browser video games, to spin off mangas and international merchandise. The latest canonical light novel, the thirteenth in the series, was released in Japan on August 10th 2013. In addition, Kawahara has relaunched the series as Sword Art Online: Progressive, a re-release of the light novels with additional content. The second issue of Sword Art Online: Progressive launched in December 2013.

The second season of the anime is titled Sword Art Online II, and will be airing this July. More images, videos and information about the second season will be revealed in the upcoming weeks.