The recent November issue of Dengeki Bunko magazine has released some images for the character designs for two characters from the upcoming arcs for Sword Art Online II. A look into Shinon’s in the Calibur arc and new character Yuuki Konno, from the Mother’s Rosario arc, were released. 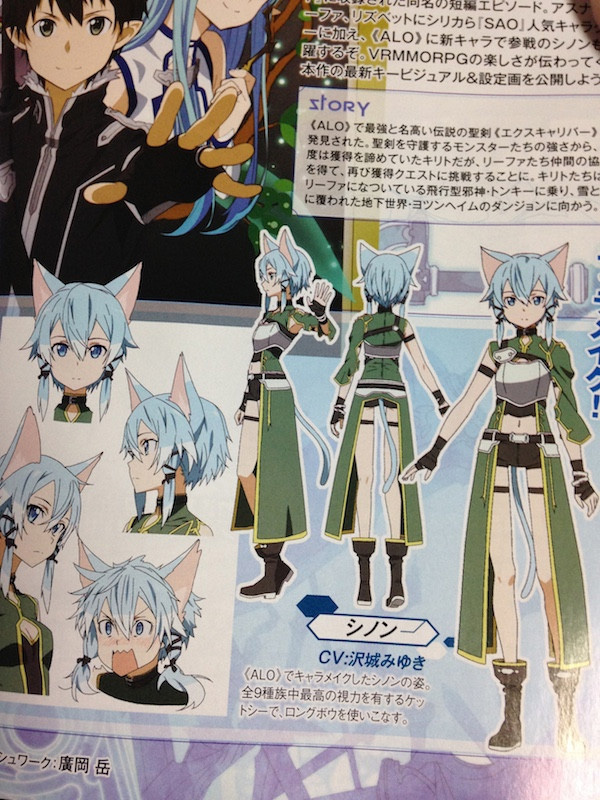 The first new character design is for Shino Asada’s avatar, Shinon, in Alfheim Online during the Calibur arc – airing tomorrow at 11:30pm JST. She is a member of the Cait Sith race in the game. The arc is from a short story from the 8th volume of Reki Kawahara’s light novel series. It is set between the end of the Phantom Bullet arc and the Mother’s Rosario arc. In this arc, Kirito and the gang are back in Alfheim Online as they go on a search for the legendary sword Excalibur. She also has a tail and her reaction in the bottom left is from when Kirito pulls on her tail, which also occurs in Reki Kawahara’s light novel series: 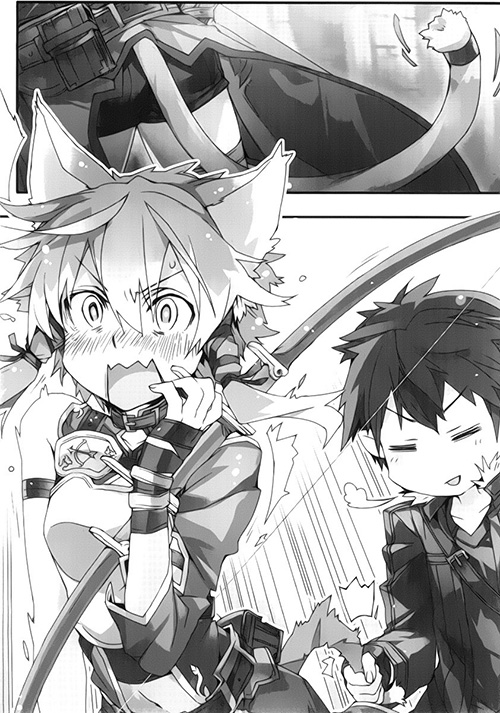 The second character design is for Yuuki Konno, a new character who will debut in the Mother’s Rosario arc – airing from November 8th. She will be voiced by Aoi Yuuki (Madoka Kaname in Mahou Shoujo Madoka★Magica). The arc is from the entirety of the 7th volume of Reki Kawahara’s light novel series. It is set between the end of Calibur and the beginning of a future arc, Alicization. In this arc, a fierce swordsman known as Absolute Sword is challenging and defeating players in Alfheim Online’s Aincrad, enticing them with the offer of a 11 hit Sword Skill. Asuna investigates and goes to challenge this mysterious swordsman. Yuuki herself made her animated debut in Sword Art Online: Hollow Fragment on the PlayStation Vita. 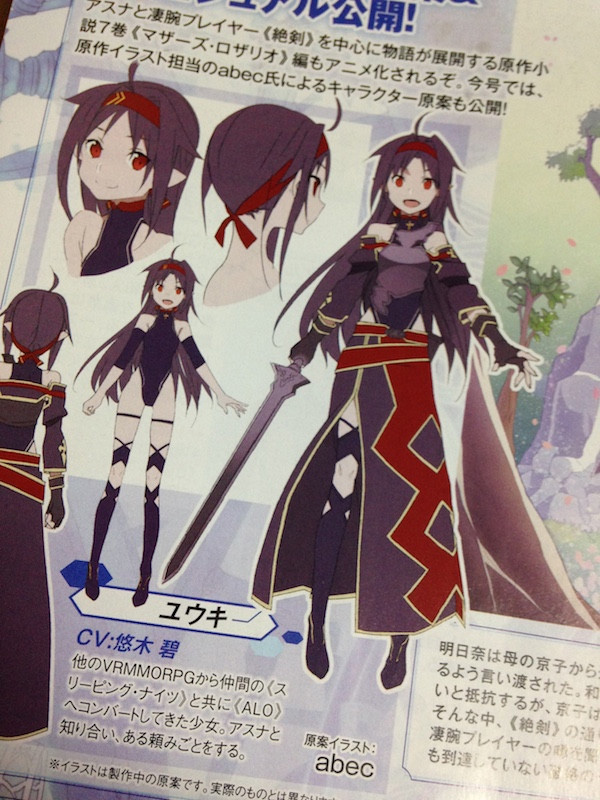 The next episode of Sword Art Online II is the 15th, which will be airing on Saturday the 18th of October at 11:30pm JST. The episode will begin the new Calibur arc, with Shinon’s new character design.

So what do you think of the character designs? And what about Cait Sith Shinon?