The cast and crew of Studio Trigger’s anime adaptation of Nozomi Kota’s light novel series Inou Battle wa Nichijou-kei no Naka de (Inou-Battle in the Usually Daze) has been revealed. 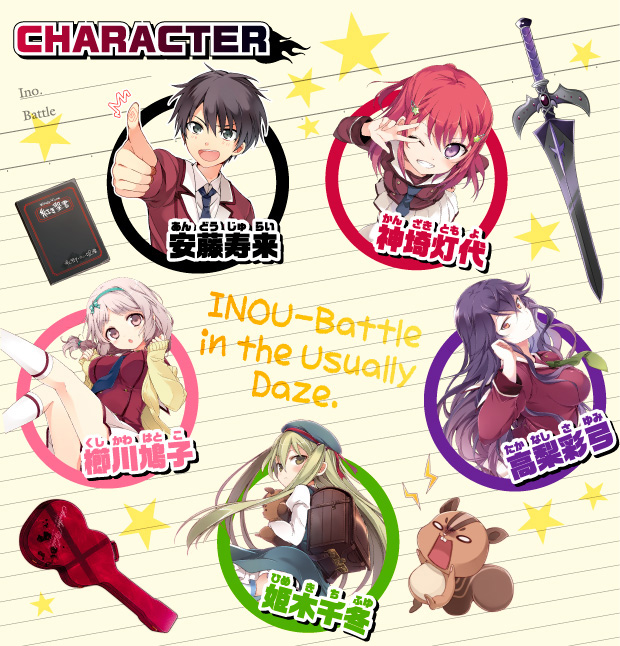 The revealed cast of the Inou Battle wa Nichijou-kei no Naka de anime is as follows (clockwise):

In addition to the cast, the staff who will be working on the anime’s production include: 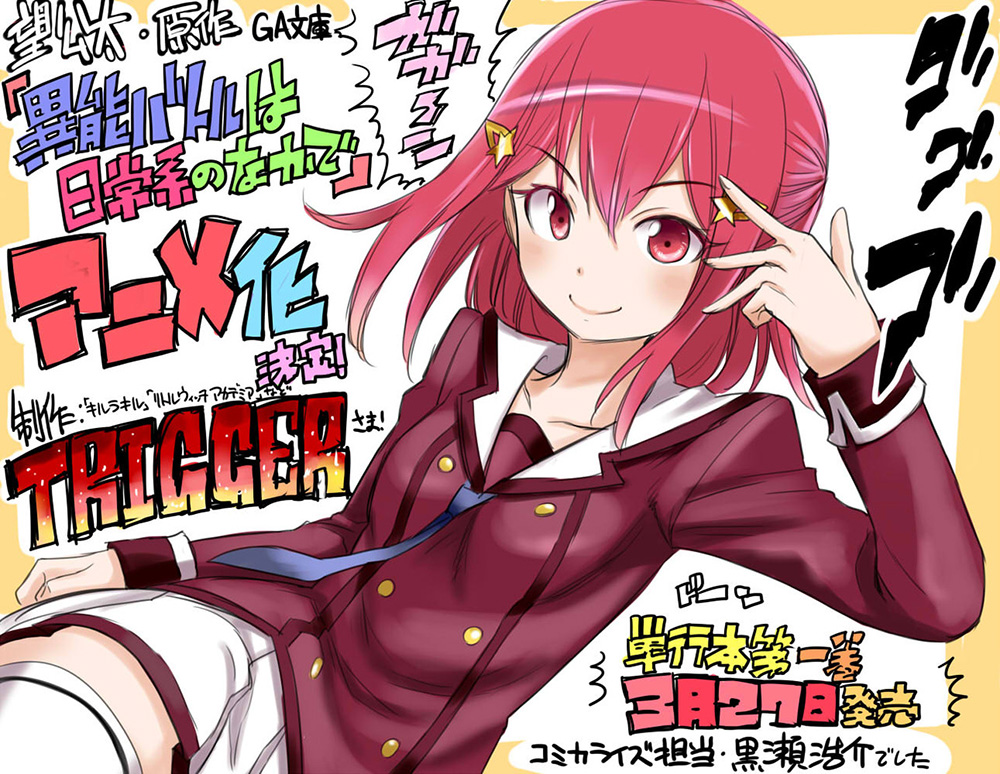 The Inou Battle wa Nichijou-kei no Naka de anime by Studio Trigger does not have an air window or date set so far. More information about the series will release soon.

You can visit the light novel’s website here: http://ga.sbcr.jp/sp/inobato/