We have already seen the top 50 anime series as voted by 2ch a little while back and we can now have a look at /A/’s top anime of 2014, 4chan’s anime and manga image board. Compared to 2ch, fewer members from /A/voted for their top anime with many of the series being tied for the same place outside of the top 10. But the #1 anime is ahead of the rest by a tremendous margin. 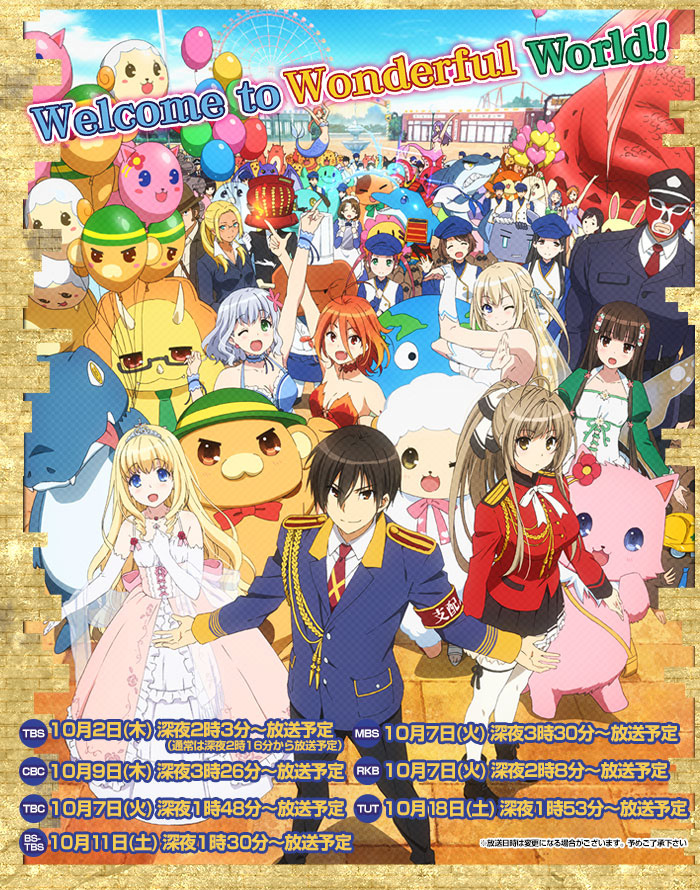 Seiya was forced to accept an invitation to an amusement park by the mysterious and beautiful girl Isuzu. What he didn’t know was that she would bring him to the decrepit Amagi Brilliant Park, Japan’s most disappointing amusement park. Seiya is introduced to the leader of the Park, the “real princess” Latifah, who suddenly entrusts him with saving the park, which is in danger of shutting down. Amagi Brilliant Park, it turns out, is not just any amusement park, but rather one populated by fairies. 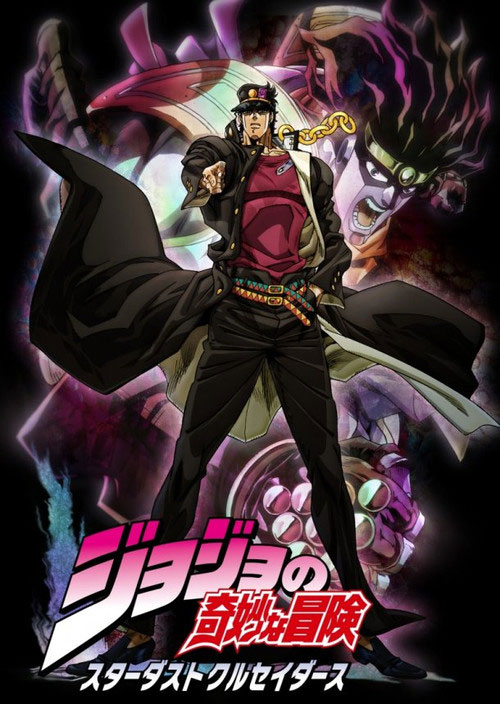 In a Japanese jail sits 17-year-old Jotaro Kujo: punk, fighter, delinquent…and possessed by a force beyond his control! Around the world, evil spirits are awakening: “Stands,” monstrous invisible creatures which give their bearers incredible powers. To save his mother’s life, Jotaro must tame his dark forces and travel around the world to Cairo, Egypt, where a hundred-year-old vampire thirsts for the blood of his family. But the road is long, and an army of evil Stand Users wait to kill JoJo and his friends… 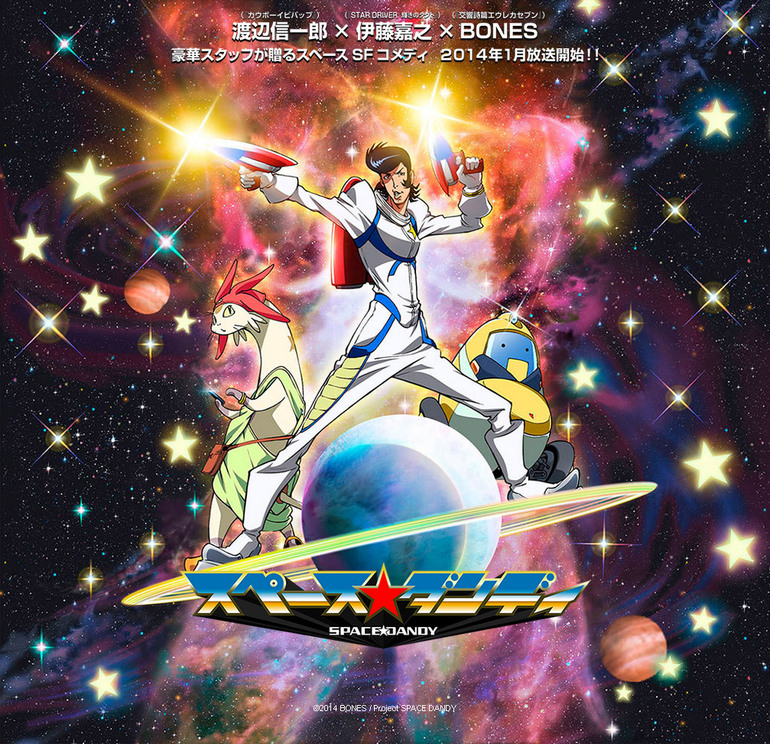 Synosis of series from MAL:

Space Dandy is a dandy guy, in space! This dreamy adventurer with a to-die-for pompadour travels across the galaxy in search of aliens no one has ever laid eyes on. Each new species he discovers earns him a hefty reward, but this dandy has to be quick on his feet because it’s first come, first served! Accompanied by his sidekicks, a rundown robot named QT and Meow the cat-looking space alien, Dandy bravely explores unknown worlds inhabited by a variety of aliens. Join the best dressed alien hunter in all of space and time as he embarks on an adventure that ends at the edge of the universe! 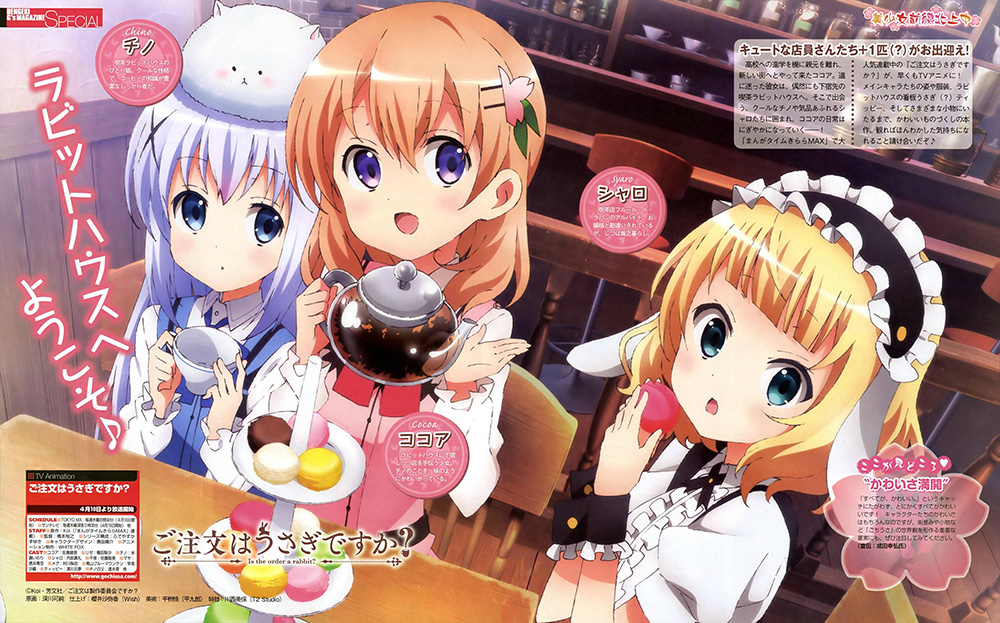 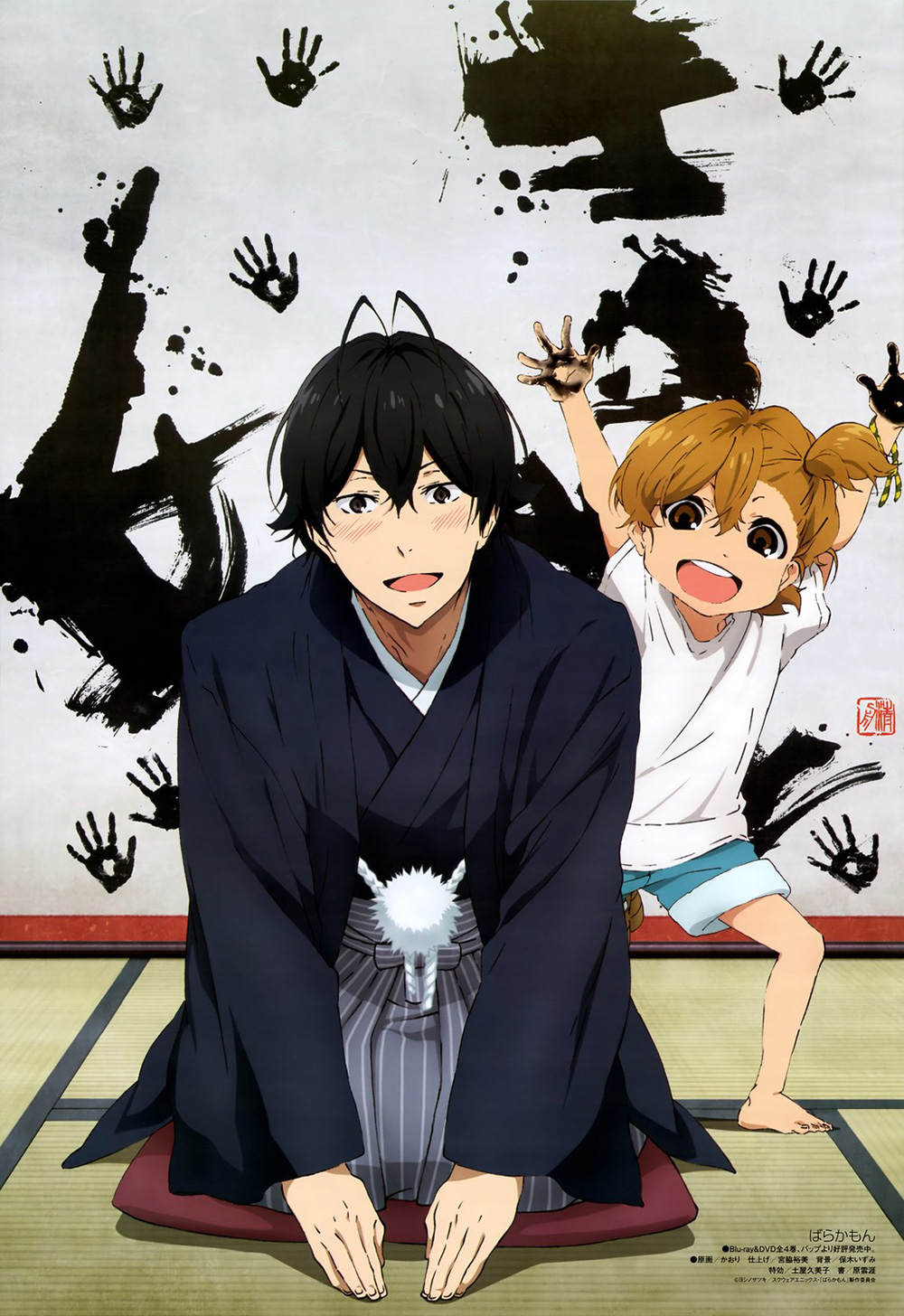 Synopsis of Barakamon from MAL:

As a punishment for punching a famous calligrapher, young handsome calligrapher Handa Seishu is exiled to a small island. As someone who has never lived outside of a city, Handa has to adapt to his new wacky neighbors, like people traveling on a tractor, unwanted visitors who never use the front door, annoying kids using his home as a playground, etc. Can this city guy handle all the crazy hardships? Find out in this wacky island comedy full of innocence and laughter! 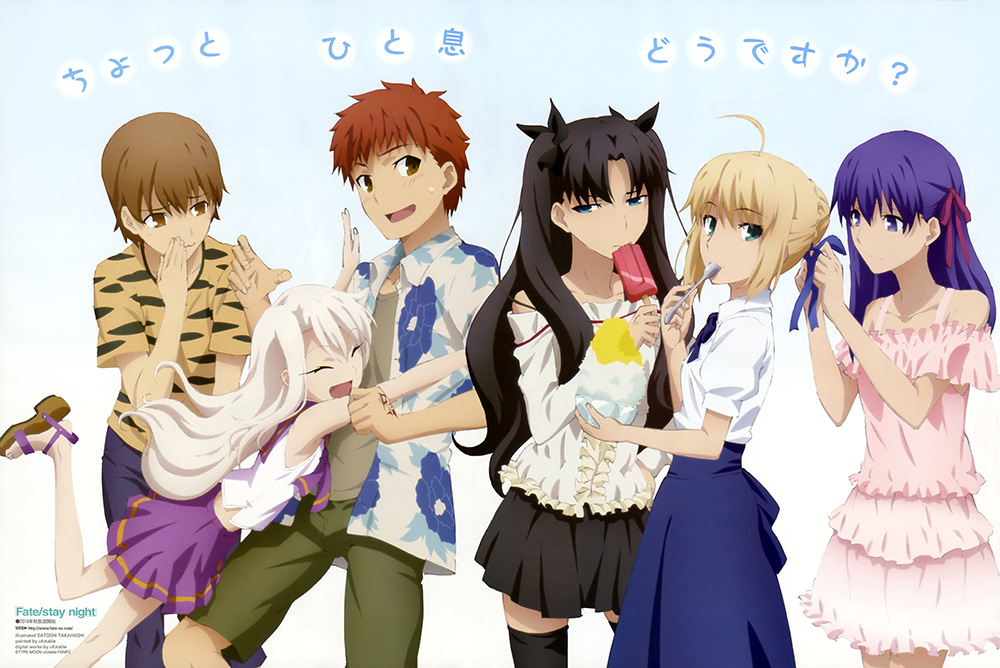 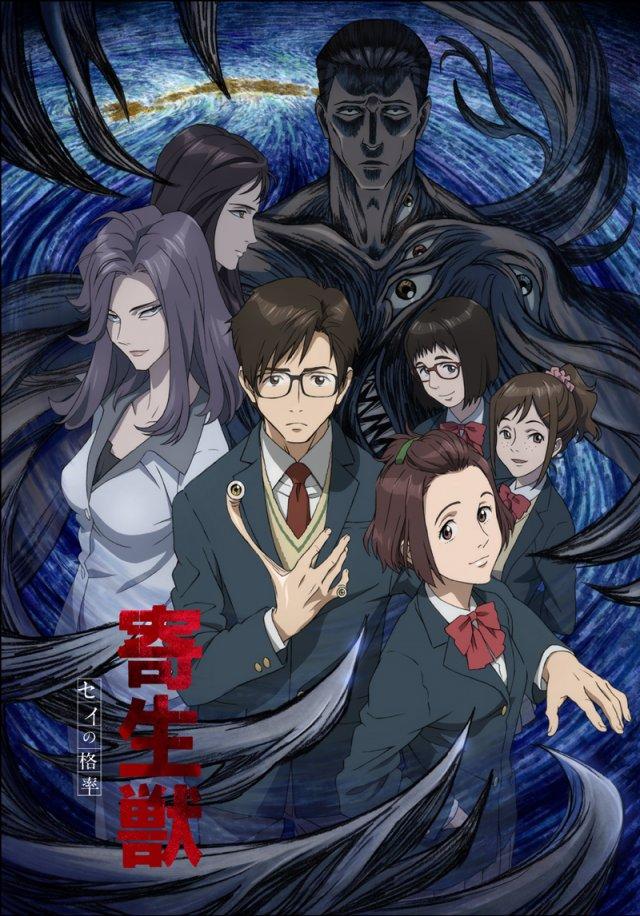 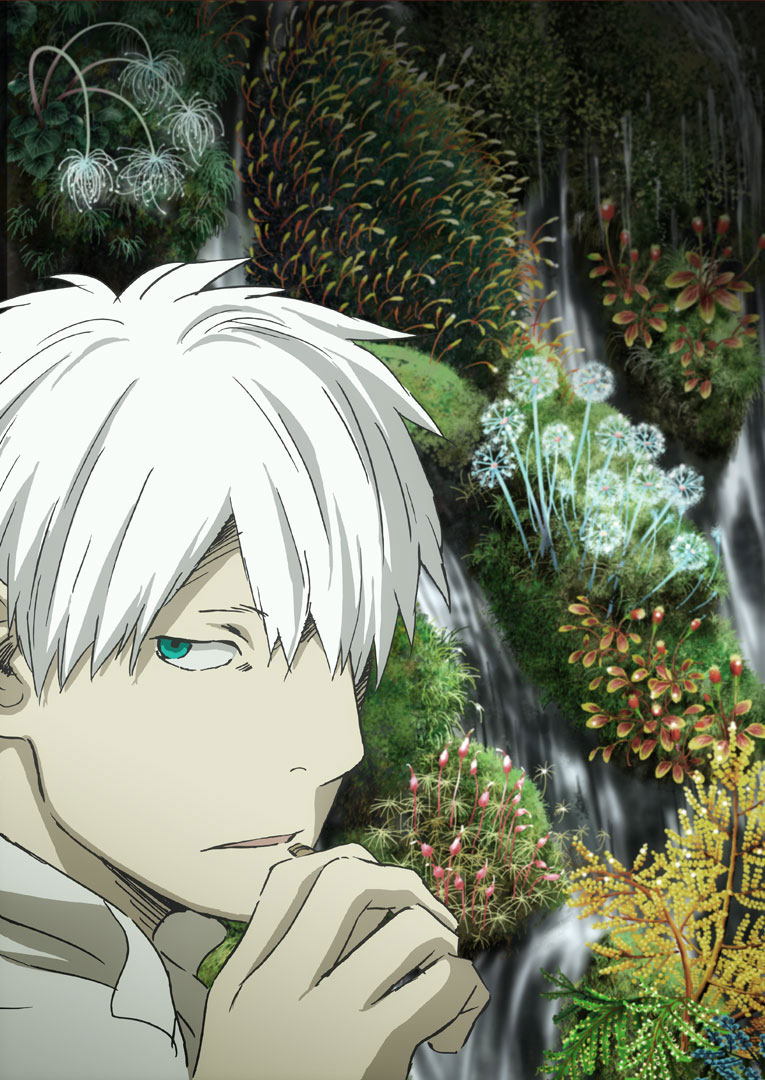 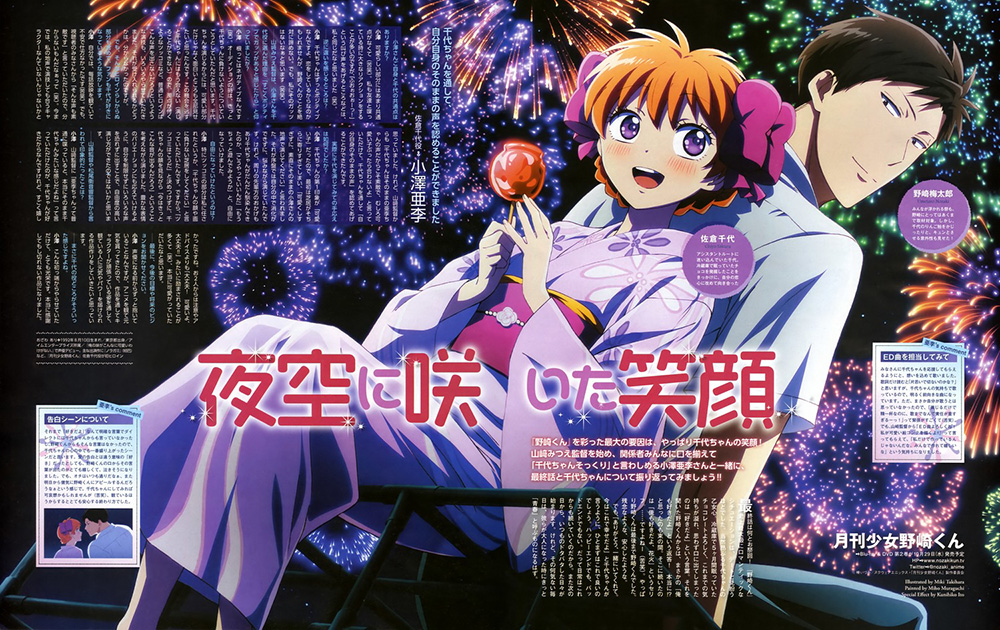 High school student Chiyo Sakura has a crush on schoolmate Umetarou Nozaki, but when she confesses her love to him, he mistakes her for a fan and gives her an autograph. When she says that she always wants to be with him, he invites her to his house and has her help on some drawings. Chiyo discovers that Nozaki is actually a renowned shoujo manga artist named Sakiko Yumeno. She then agrees to be his assistant in order to get closer to him. As they work on his manga, they encounter other schoolmates who assist them or serve as inspirations for characters in the stories. 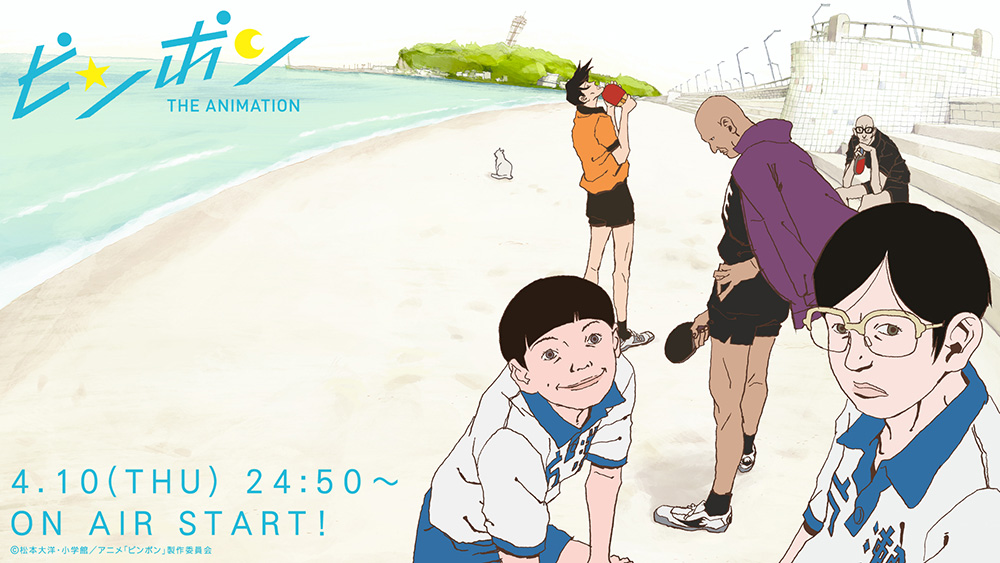 Makoto Tsukimoto (nicknamed Smile) is a quiet high-schooler who’s been friends with the loud and energetic Yutaka Hoshino (nicknamed Peco) since childhood. They’re both in the local table tennis club and both have a natural talent for it, although Smile’s personality always prevents him from winning against Peco. The club teacher, however, notices Smile’s talent and tries to make him gain some sportive tenacity.

Here are the full results of the poll: 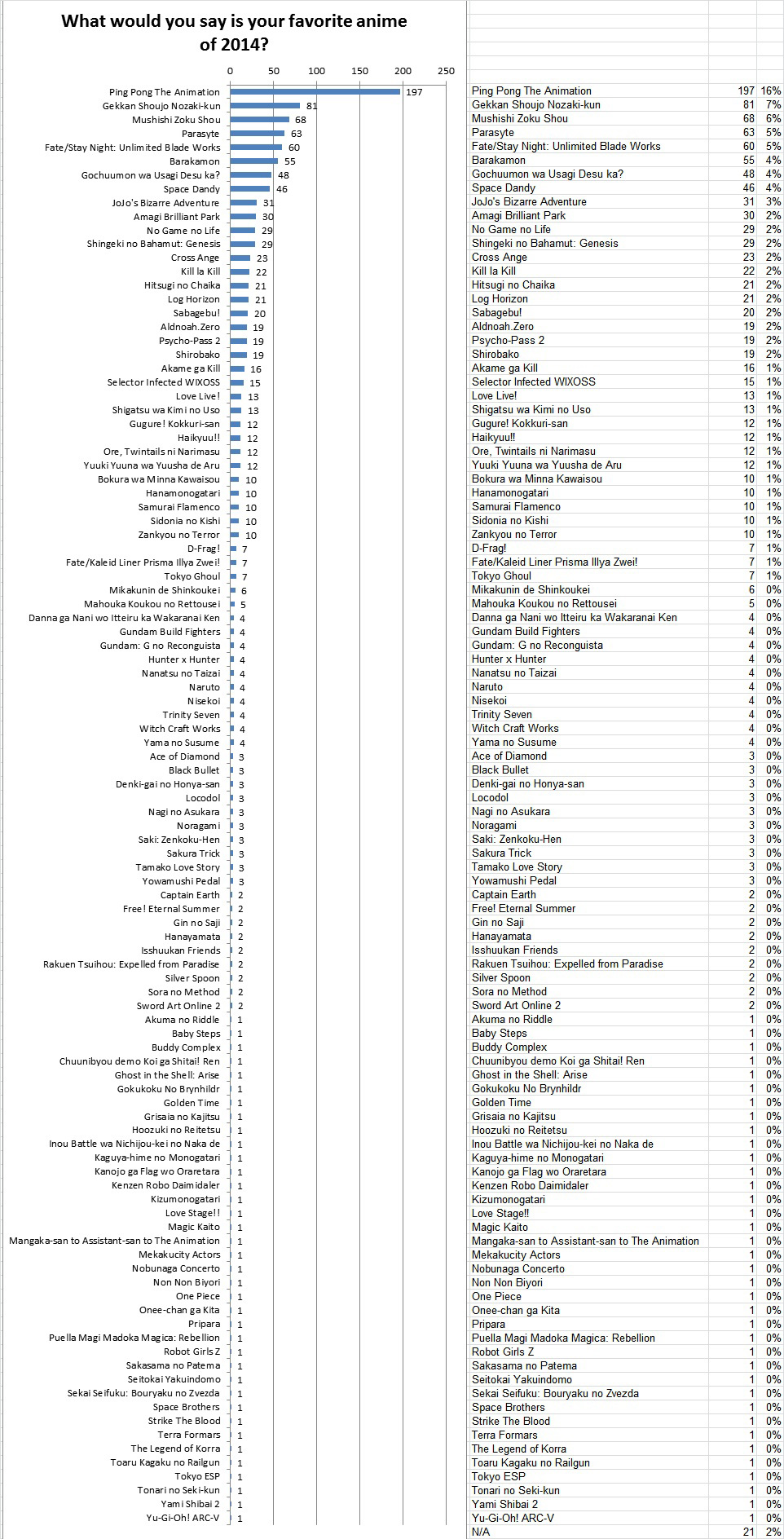 Source Article and Image – 4Chan /A/