The official website of the Assassination Classroom (Ansatsu Kyoushitsu) anime has revealed new preview images, video and a synopsis for the upcoming second episode of the adaptation of Yusei Matsui’s manga. Episode 2 of the anime will be airing on Saturday the 17th of January at 1:20am JST on Fuji TV.

Sugino, a third year student from class E-3, plans an assassination against Koro-sensai by killing the teacher with a baseball. The assassination attempt ends up failing and discourages Sugino, making Nagisa very worried. Eventually Koro-sensei gives some advice to the discouraged Sugino. 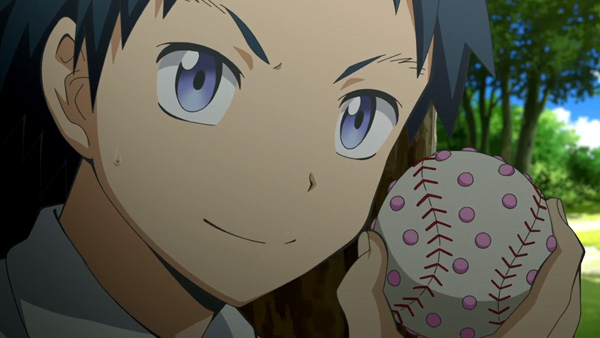