The official website of the anime adaptation of Yusei Matsui’s Assassination Classroom (Ansatsu Kyoushitsu) has revealed the preview images, video and a synopsis for the third episode of the anime. Episode 3 of the anime will be airing on Saturday the 24th of January at 1:20am JST on Fuji TV.

Karma Akabane has been suspended for a while, but has now returned to school in Class 3-E. Karma is able to attack one of Koro-sensei’s where no student has damaged him since the first day. Can Karma be the one that successfully assassinates Koro-sensei? 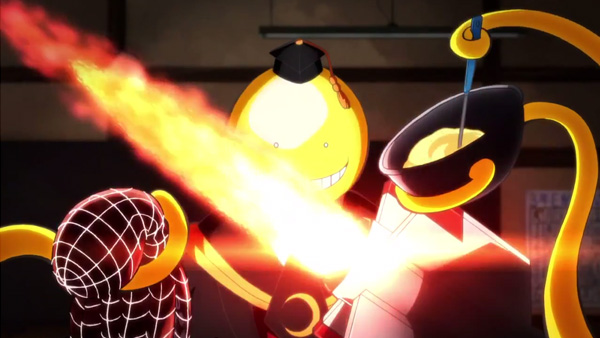