Animax Germany have announced that they will be broadcasting the first episode of the Digimon Adventure tri. anime on November 22nd, one day following its release in Japan. 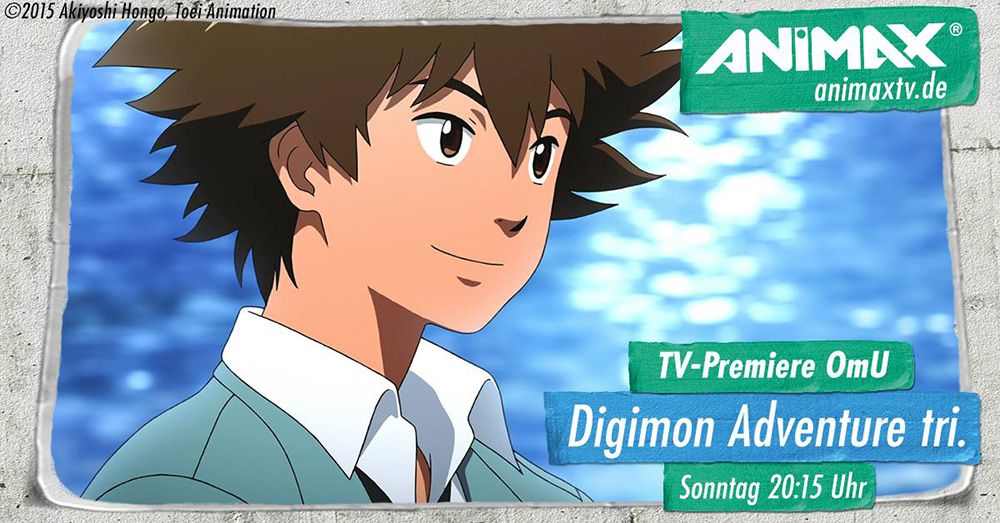 The first episode of Digimon Adventure tri. will air on Animax Japan this Sunday, at 8:15pm CET. The anime has been allocated a 110 minute timeslot and will have Japanese audio and German subtitles. It will only be available to users who have Sky. The episode itself will be out in Japan the day before, Saturday the 21st, in cinemas across the country. The Blu-ray of the anime will be out on December 18.