The second trailer has been released for the upcoming Go! Princess Precure anime. This new video introduces Minami Kaidou who can transform into Cure Mermaid with narration by character Haruka Haruno. The upcoming anime is the 12th series in the Precure franchise, which will be directed by Yuuta Tanaka (Smile Pretty Cure! Episode Director) and animated by Toei Animation (One Piece, Digimon). The main cast of the anime includes: Yuu Shimamura (Annie Leonhart from Attack on Titan) as Haruka Haruno, Masumi Asano (Hakufu Sonsaku from Ikkitousen) as Minami Kaidou, and Hibiku Yamamura (Clone from Escha & Logy no Atelier: Tasogare no Sora no Renkinjutsushi) as Kirara Amanogawa.

The first episode of the Go! Princess Precure anime will air on February 1st at 8:30am JST. 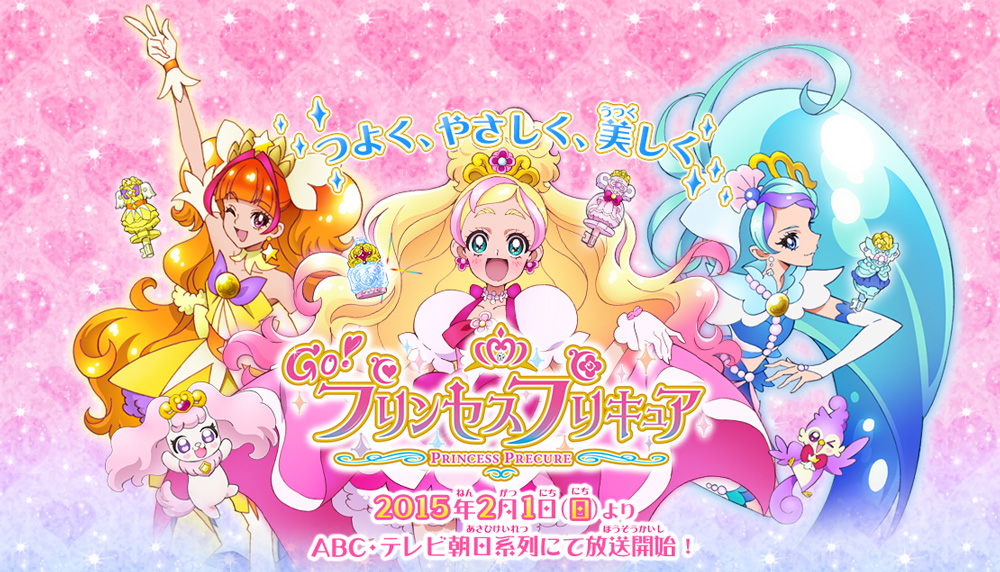 Go! Princess PreCure is set in a boarding junior high school, named Noble Gakuen (Noble Academy). The protagonist Haruka Haruno is a 13-year-old first year student. Her big dream is to be a princess someday, because she has admired a princess in the picture book she has kept since her childhood. One day she transforms into Cure Flora with “Dress Up Key” which Prince Kanata of Hope Kingdom gave her as a good luck charm when she was little. Then she also finds other PreCure girls in her school, 14-year-old Minami Kaidou as Cure Mermaid and 13-year-old Kirara Amanogawa as Cure Twinkle. As the Princess PreCure team, with two fairies Pafu and Aroma, they decide to fight against dark witch Disupia (or Despair) who hates all the dreams in the world and wants to turn them to despair.