The newest issue of Newtype magazine has revealed a brand new visual for the upcoming Charlotte anime. In addition, the anime’s website has announced that there will be a special broadcast of the anime before its July debut. 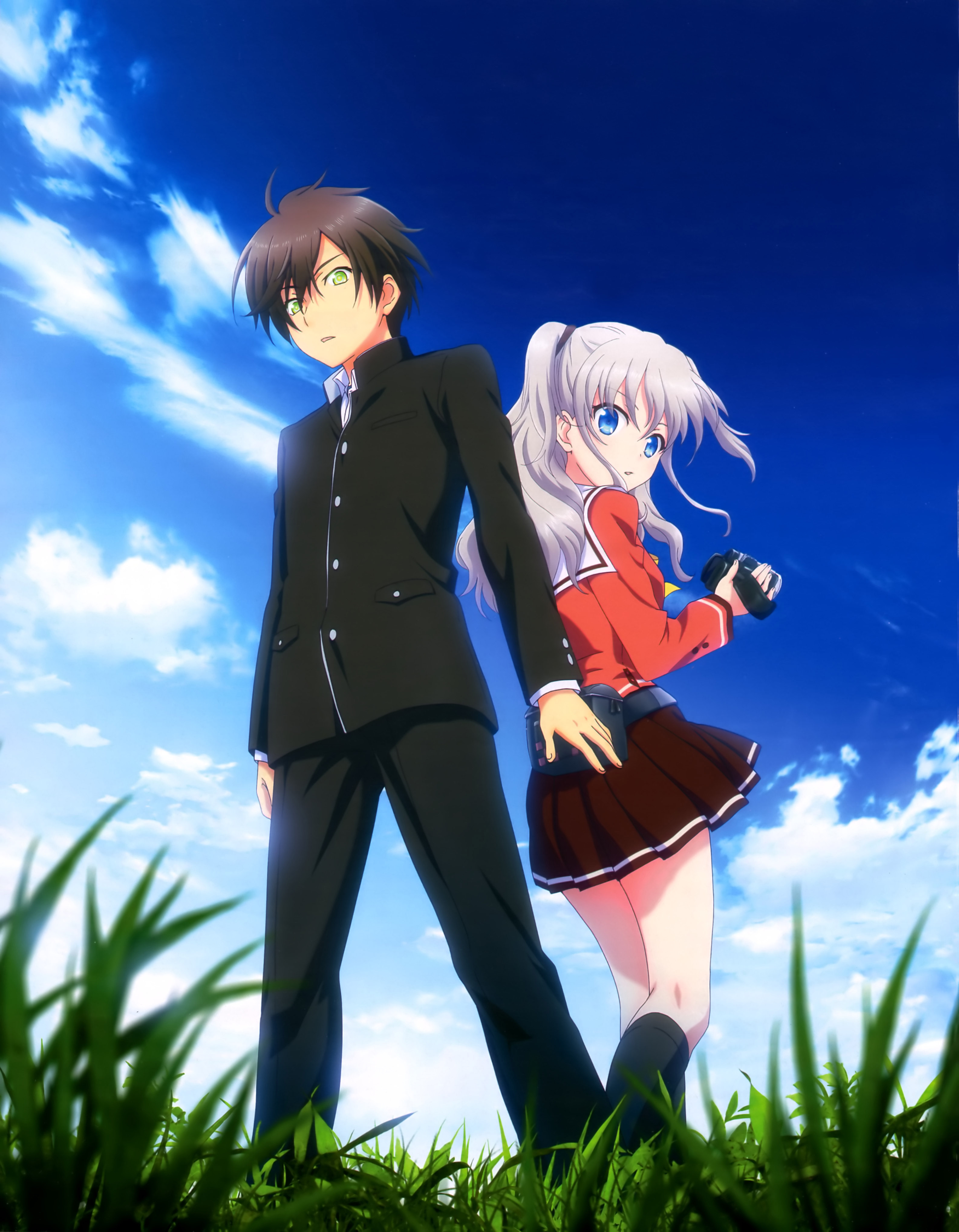 The website has revealed that there will be a special broadcast before the anime airs this July. The broadcast, titled Charlotte ~A New Fate~ Special Pre-Broadcast, will chronicle the production of Jun Maeda’s upcoming anime. It will introduce the basic story and introduce the main characters of Charlotte. There will also be messages from the cast and staff, and a look at the behind the scenes. It will air on MBS on Sunday, June 21st at 3:58am JST, on Tokyo MX on the 27th at 12:30am JST, and on Monday the 29th at 12:30am JST.

Charlotte will begins its full broadcast his July on various Japanese television stations, including Tokyo MX TV, tvk, MBS, BS 11, and other channels.

The members of the anime’s main cast has been revealed, and includes:

The previous issue of Dengeki G’s magazine has also revealed a visual of the upcoming anime: 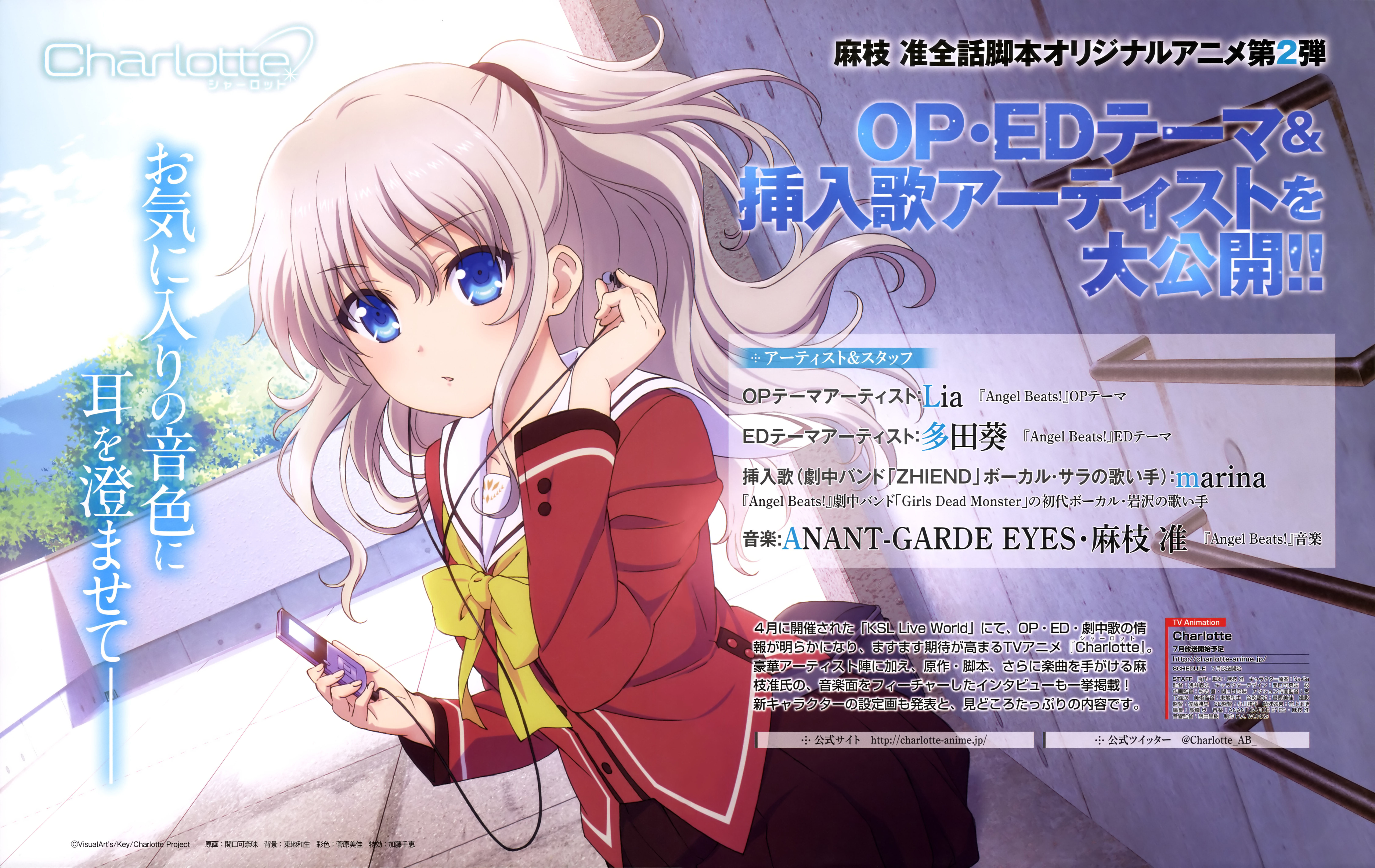 The performers of the anime’s main theme songs has been revealed. Lia will be performing the Opening theme Bravely You and Aoi Tada will be singing the anime’s Ending song Yake Ochinai Tsubasa, both who also performed the theme songs for Angel Beats!. 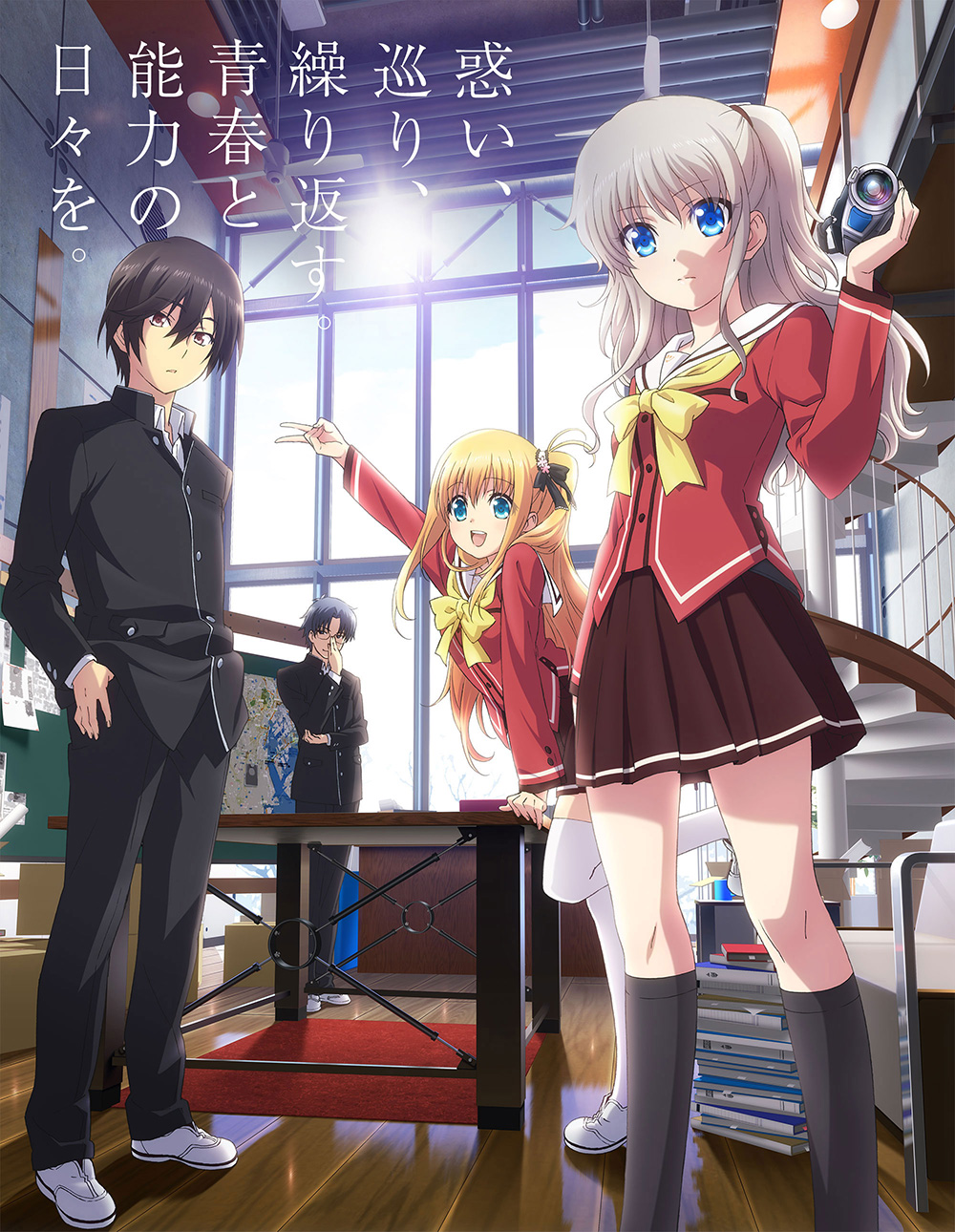 The special early broadcast of Charlotte will air on MBS on the 21st at 3:58am JST. The anime will then start airing in July on Tokyo MX during the Summer 2015 anime season. More information about the anime will be revealed in the upcoming weeks.