The official website of the successful Kickstarter anime Under the Dog has finally revealed that the project will be released on August 1st. Accompanying the announcement, a brand new visual, the main cast and a new trailer were also revealed. 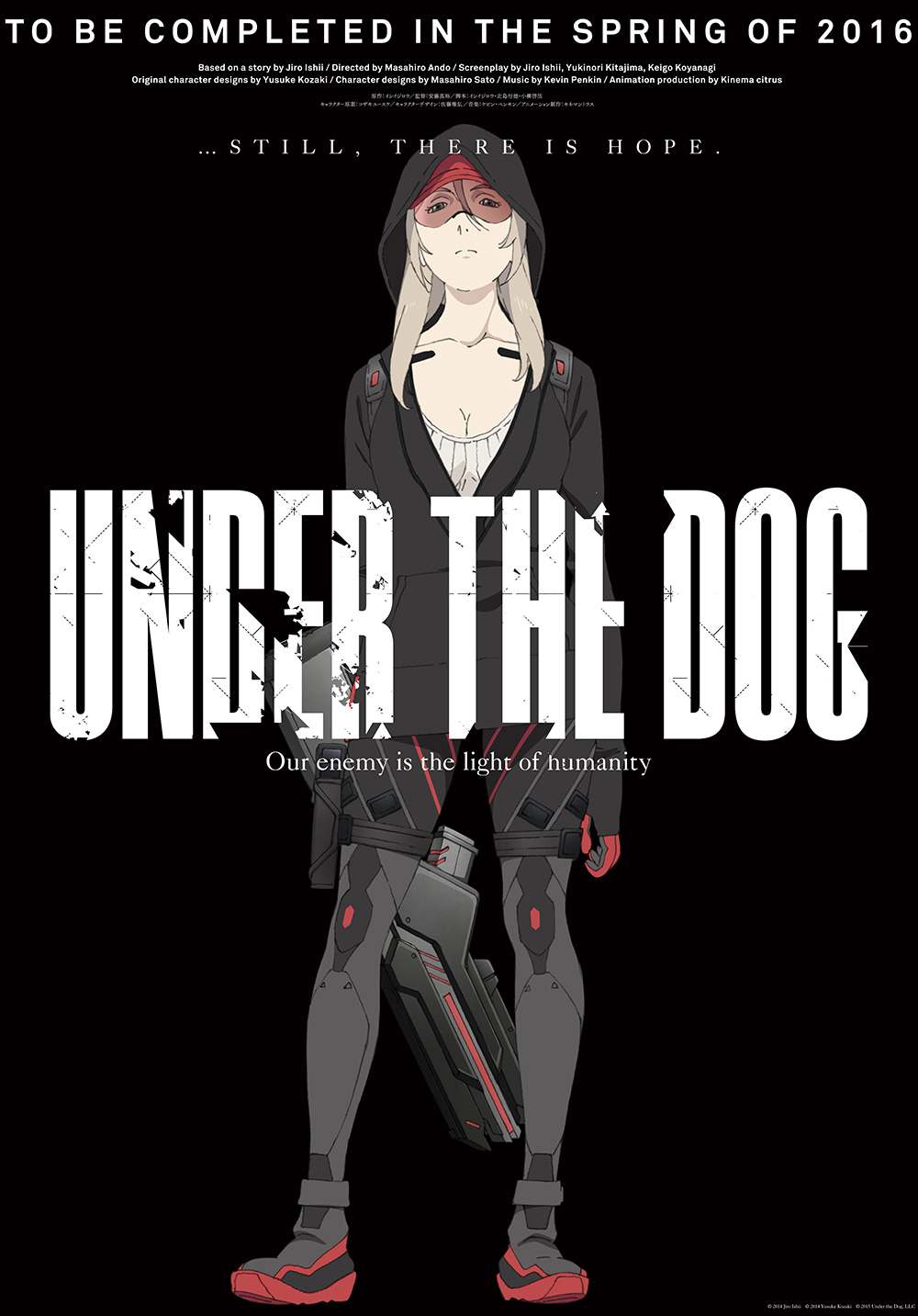 A brand new trailer has been released for the anime that announces its new August release date.

The Kickstarter project was completed in late 2014 and had a target for a Spring 2016 release. In addition, Kickstarter rewards have been delayed and will be shipped later in the year. The release will have professional English subtitles in its digital and physical release.

The team producing the anime are all veterans of the industry who have worked on very prestigious projects in the past. Their talent combined can make the anime a stand out. Some of the key players in the anime’s production includes: director Masahiro Ando who worked on various Bones anime, character and mechanical designer Yusuke Kozaki, writer Jiro Ishii who directed the Visual Novel 428: Fusa Sareta Shibuya de which was adapted into the anime Canaan, all of which will be animated by Kinema Citrus (Barakamon, Tokyo Magnitude 8.0).

Under the Dog is a Sci-Fi anime set in Tokyo in 2025, 5 years after a specialised terrorist attack on the 2020 Tokyo Olympics. The UN have formed a covert forces branch in Tokyo to sought out the terrorists and any of their connections. An international school was set up to recruit gifted high school students with special abilities and enrol them into the elite death squad. To ensure that each squad member is at their peak and do not cross, their loved ones are embedded with a micro cranial bomb so when an agent goes out of protocol their loved ones face the consequence. The Agent’s speech and actions are also constantly monitored through a chip in their brain. 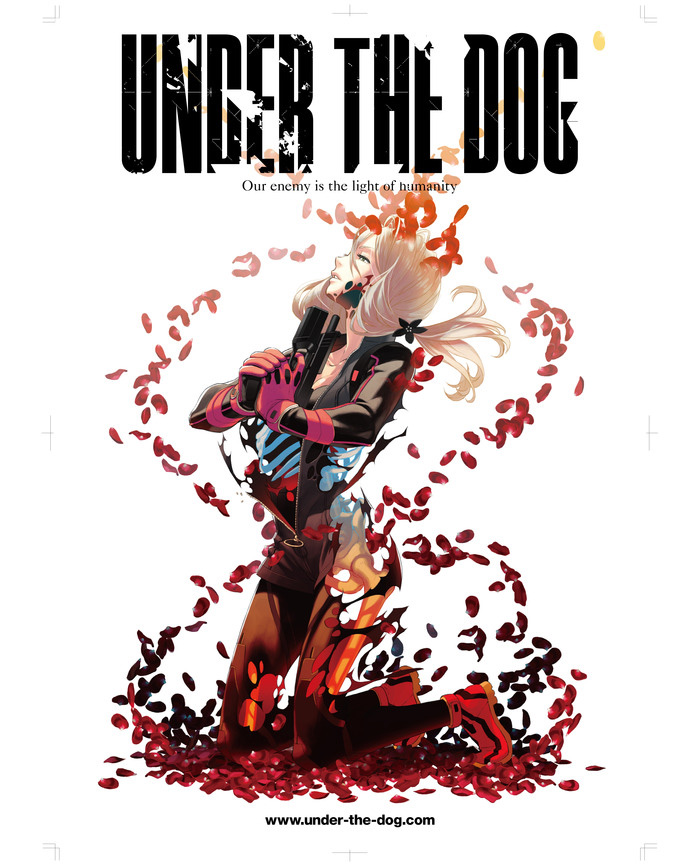 The Under the Dog anime is currently scheduled to release this August. Further information about its upcoming release will be revealed at a later date.


“Under the Dog”, images, videos and all associated brands and titles © 2016 Under the Dog. LLC, Kinema Citrus and Masahiro Ando