The latest issue of Houbunsha’s Manga Time Kirara Max magazine has announced that Kaori Hanzawa’s Comic Girls 4koma manga will be receiving a TV anime adaptation. Further details will be revealed at a later date. 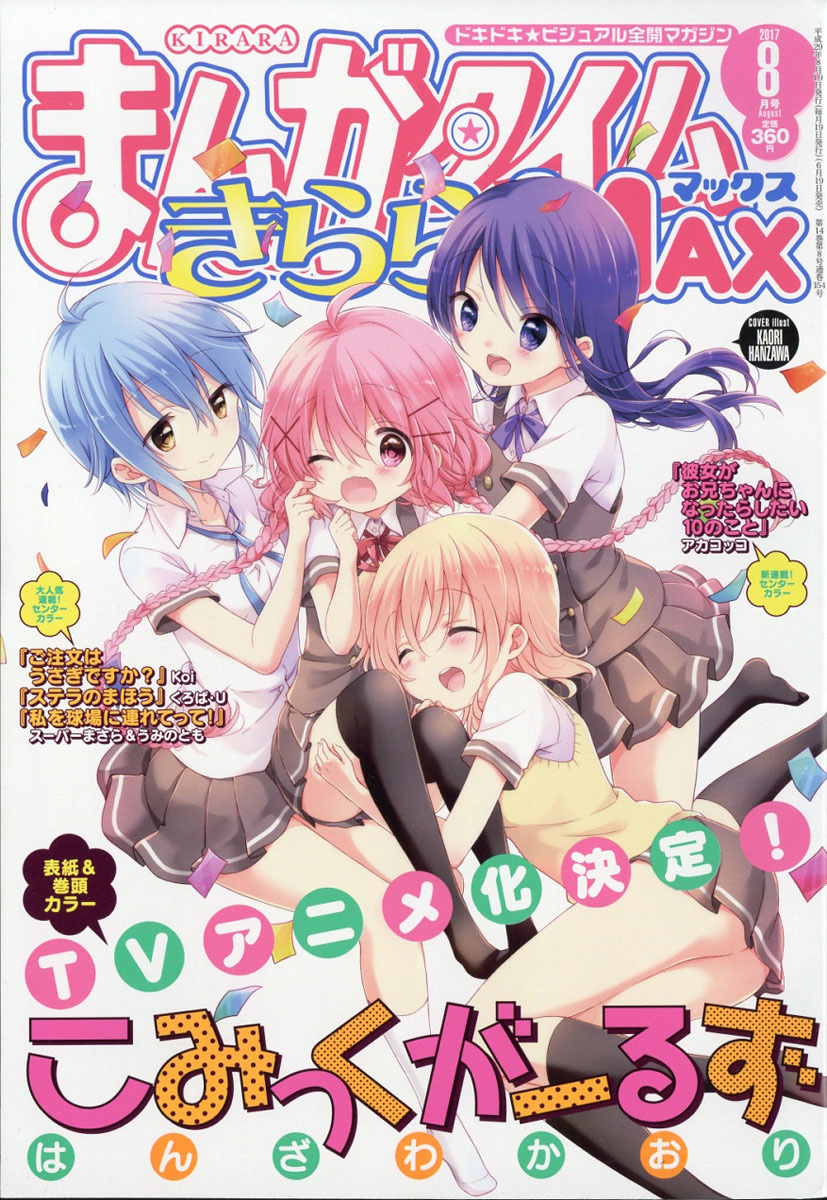 Comic Girls is a slice of life comedy, 4koma manga written and illustrated by Kaori Hanzawa. The series debuted in 2014 under Houbunsha’s Manga Time Kirara Max magazine. To date a total of 2 volumes have been compiled and released, with the 3rd volume releasing in Japan on June 27. The manga is also a nominee for the grand prize at the 2017 Manga Taisho award.

The story centers on the 15-year-old high school student and manga creator Kaoruko Moeta, who uses the pen name Chaos. After ranking at the bottom of a reader survey, Kaoruko’s editor recommends that she enter an all-female dormitory for manga creators. Kaoruko’s roommates are shoujo manga creator Koyume Koizuka, teen romance manga creator Ruki Irokawa, and shōnen manga creator Tsubasa Katsuki. The girls support each other as they work to become better manga creators.

A TV anime adaptation of the Comic Girls 4koma manga has been announced and is in production. Additional information about the upcoming series will be revealed at a later date.


“Comic Girls”, images, and all associated brands and titles © 2017 Kaori Hanzawa and Houbunsha