The official website of Junji Ito’s Haunted House has announced that his works will be getting a TV anime adaptation as a collection of stories. The anime’s official website has launched revealing that the series will premiere on January 75th, 2018. The first visual, cast, production staff and promotional video were also revealed. 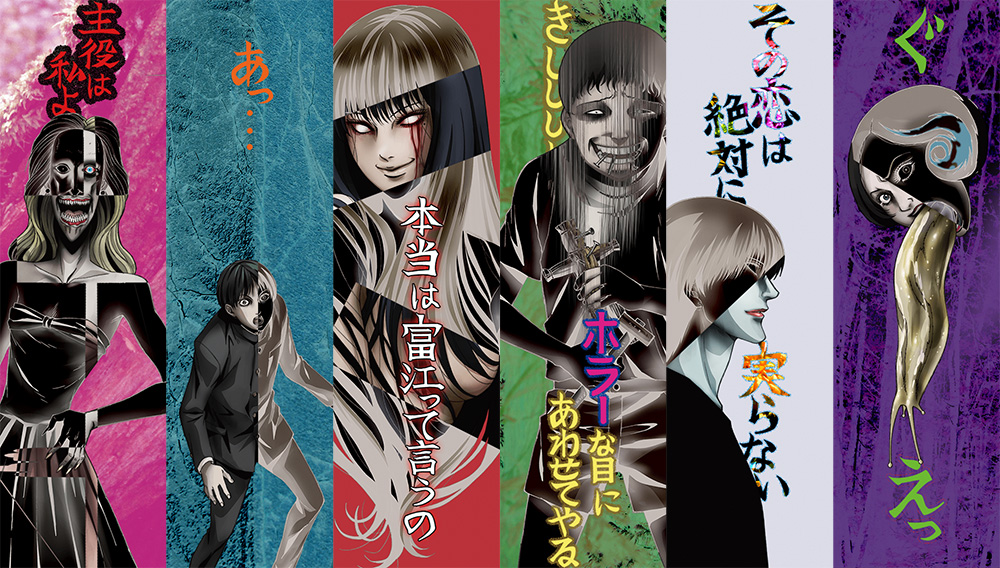 The adaptation of Junji Ito’s manga works will be titled Junji Ito Collection. The series will air from Friday, January 5th on WOWOW at 10:30pm JST. The anime will also air on Tokyo MX from Sunday, January 7th at 10:00pm JST.

The leading members of the anime’s cast have been revealed. The main cast and characters consists of:

The main theme songs of the anime have also been revealed. The Opening theme song will be Shichitenbattou no Blues by The Pinballs and the Ending theme will be Otagai no Uchuu performed by Jyocho.

Here is the first promotional video for the anime collection, which introduces the main cast and previews the OP:

Junji Ito is a renowned horror manga artist known for creating numerous intense and unnerving stories. Ito’s first published work was 1987’s Tomie, which was published in Monthly Halloween magazine. Since then Ito has written and drawn various chapters in his Horror Comic Collection and stand alone series, including Uzumaki in 1998 and Gyo in 2001. Live film adaptations of Uzumaki and Tomie were produced and released in 1998 and 2002 respectively. 2017 marks the 30th anniversary of Ito’s professional debut. 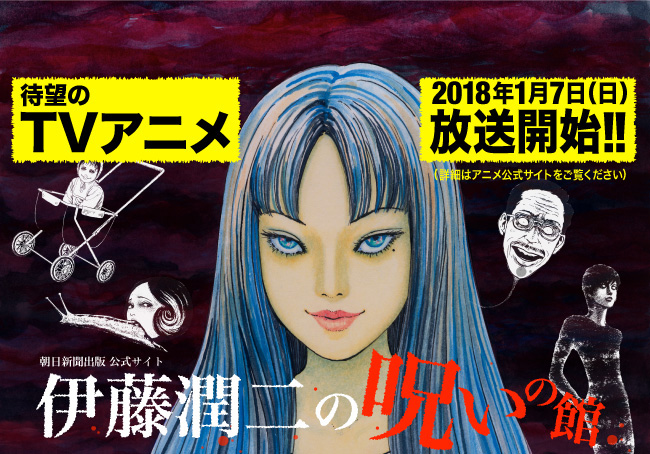 A TV anime adaptation of Junji Ito’s collection of works is in production and scheduled to air on Fridays on WOWOW at 10:30pm JST from January 5th, during the Winter 2017/2018 anime season. Further details about the series will be revealed at a later date.