Following the broadcast of the final episode in the second season of the Love Live! Sunshine!! anime, it was announced that a brand new anime movie starring Aqours is in production. The first visual has also been released for the announced film. 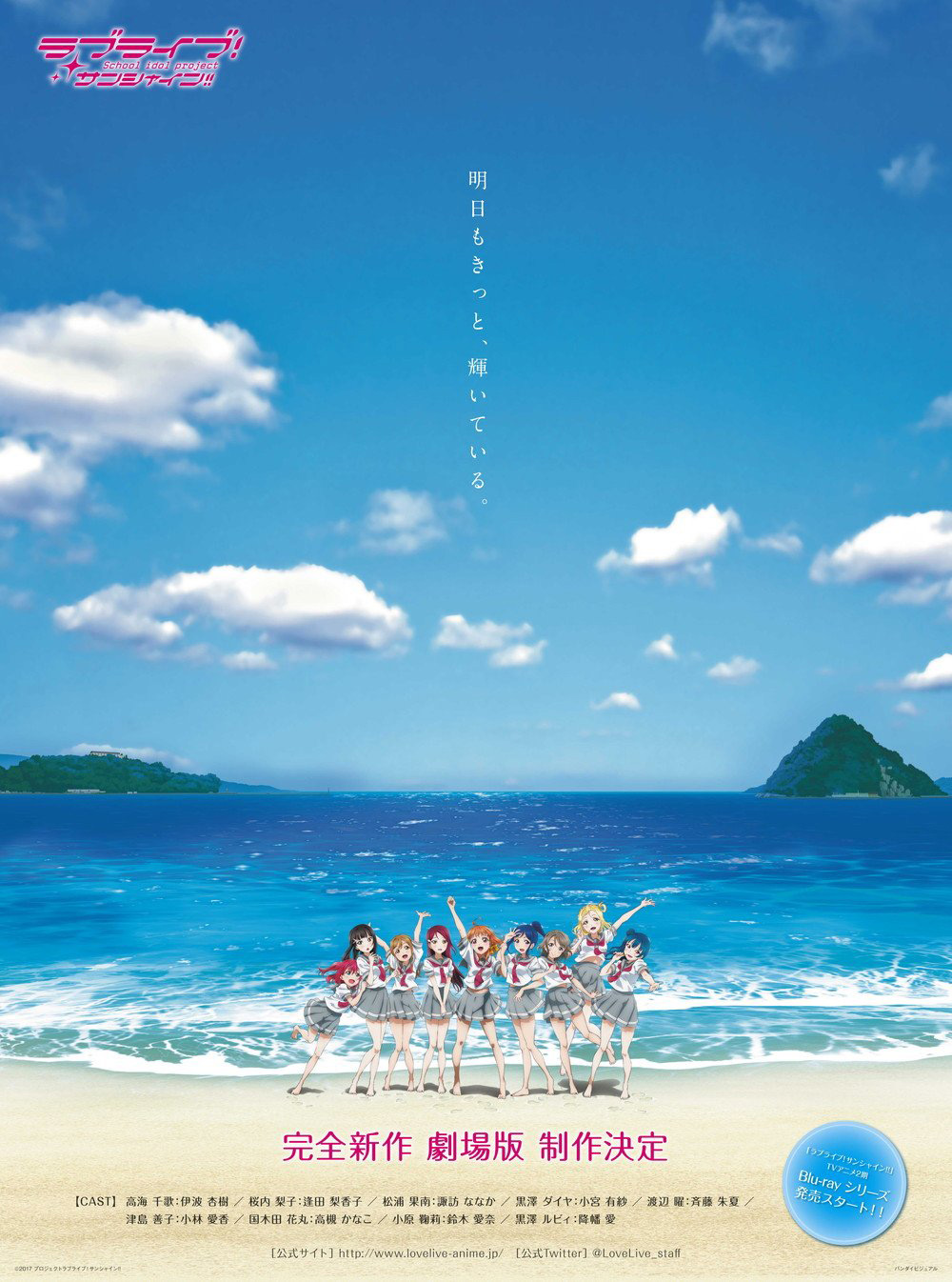 The upcoming movie will feature a brand new original story and will not be a compilation film recapping the events of season 2.

A brand new Love Live! Sunshine!! anime movie has been announced and is in production. Further details about the anime will be revealed in the upcoming months.