A brand new promotional video has been released for the upcoming third season of the  anime adaptation of Yuuto Tsukuda and Shun Saeki’s Shokugeki no Souma (Food Wars: Shokugeki no Soma) manga. The video previews the third season’s Opening theme song, BRAVER by Zaq, and showcases various scenes of the Elite Ten from the new season. 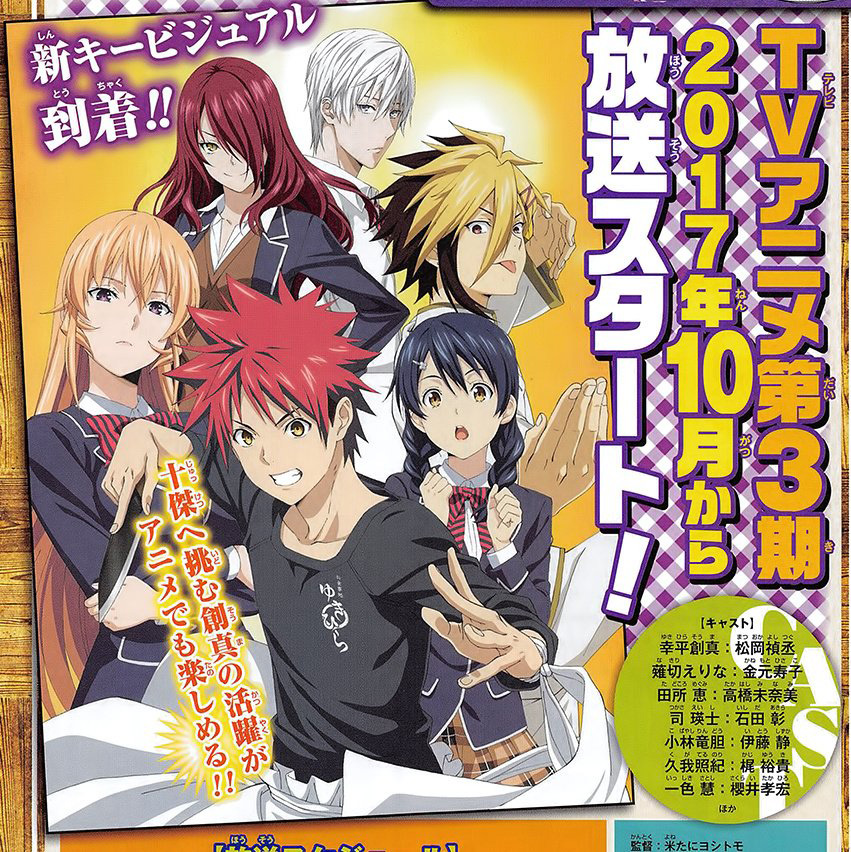