The official Twitter account of the anime adaptation of Cool Kyoushinsha’s Kobayashi-san Chi no Maid Dragon (Miss Kobayashi’s Dragon Maid) manga has announced that a special livestream will be held on May 10th to celebrate Maid Day in Japan. 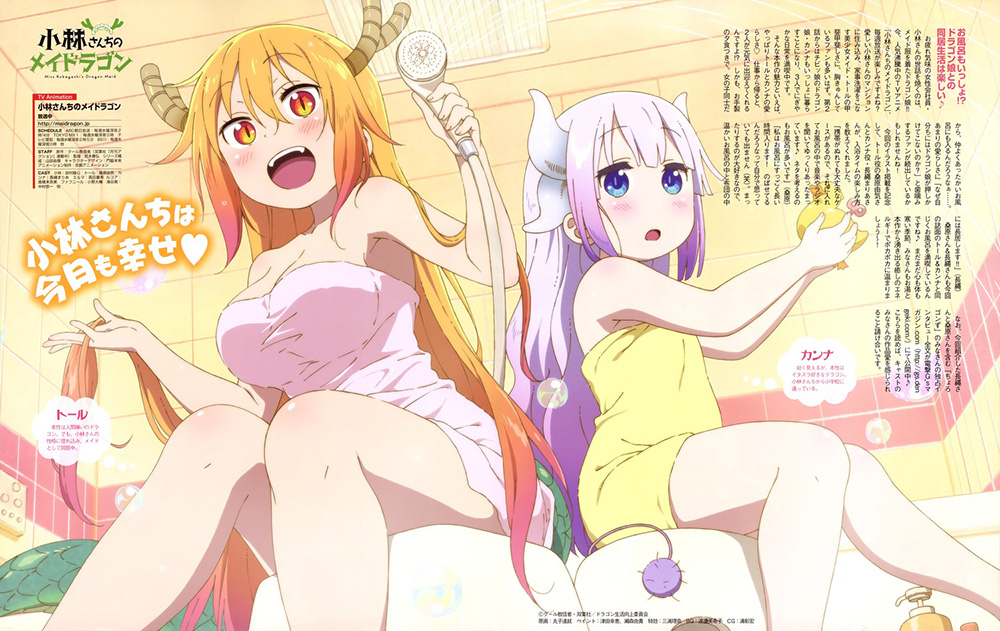 Not much details about what the livestream event has been revealed, other than that the main cast will be in attendance.
The event will be streamed on Niconico: http://live.nicovideo.jp/gate/lv297560407

A special Kobayashi-san Chi no Maid Dragon  livestream will be held for Maid Day in Japan, May 10th. You can watch the stream, if you are in Japan, here: http://live.nicovideo.jp/gate/lv297560407