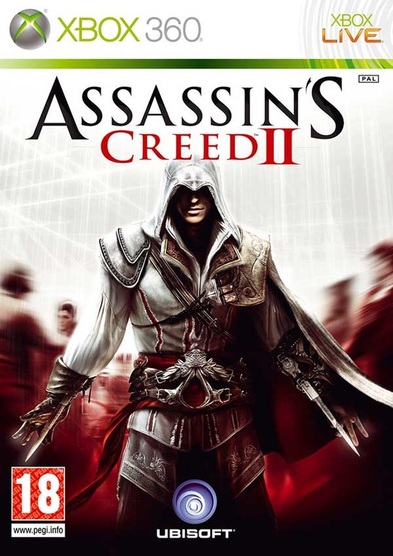 Cons
– Unable to replay previous missions
– Too many unanswered questions

With many sandbox or free roam games out the original Assassin’s Creed let you do something other sandbox game wouldn’t let you do, assassinate someone without them knowing and rooftop jumping. Now Assassin’s Creed II has been out for a while on PS3 and Xbox 360, but the Windows version is almost out. 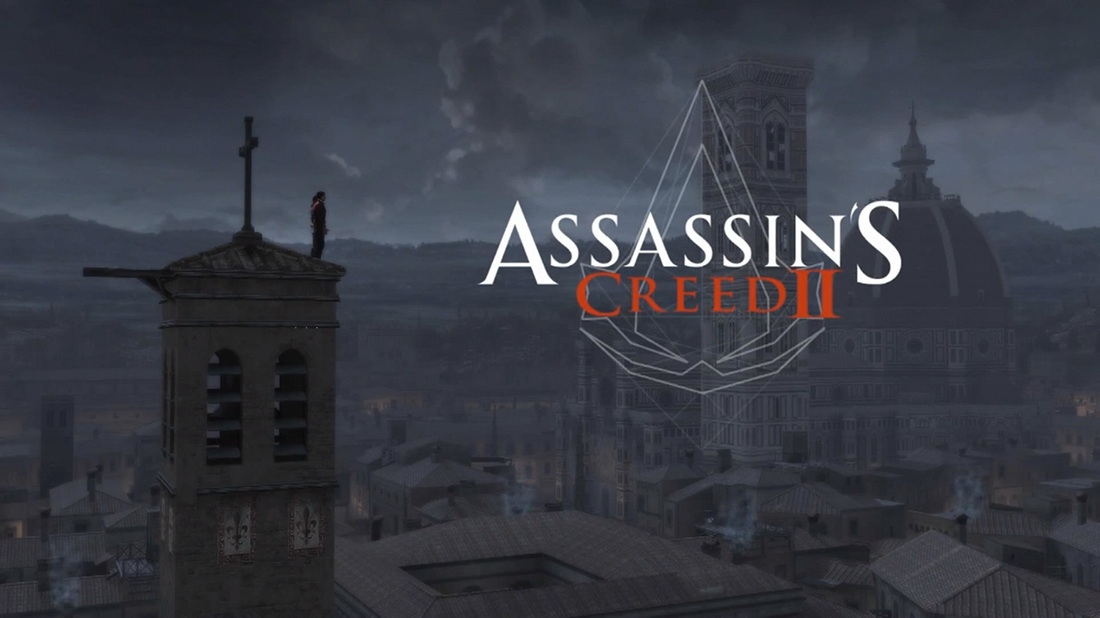 In Assassin’s Creed II you play as Ezio Auditore da Firenze an Italian nobleman. The game starts straight after Assassin’s Creed playing as Desmond. A bloody Lucy comes into your room and informs you to leave Abstergo. After escaping the guards you arrive at a safe house at an unknown location. In the safe house are Lucy’s friends Shaun and Rebecca and a brand new machine, the Animus 2.0 a machine that can take the user into the past into the time of one of their ancestors.

This time you travel into the early 1500s in Italy during the Renaissance, a time of desperation and betrayal. You start off during a war between two families  the Auditores and the Pazzis, the rival bank of  the Auditores. As you go out completing errands for your family members you meet one of the world’s most famous person, Leonardo Da Vinci. As you watch the death of you father and brothers, you have been branded a fugitive so you leave with the rest of your family. 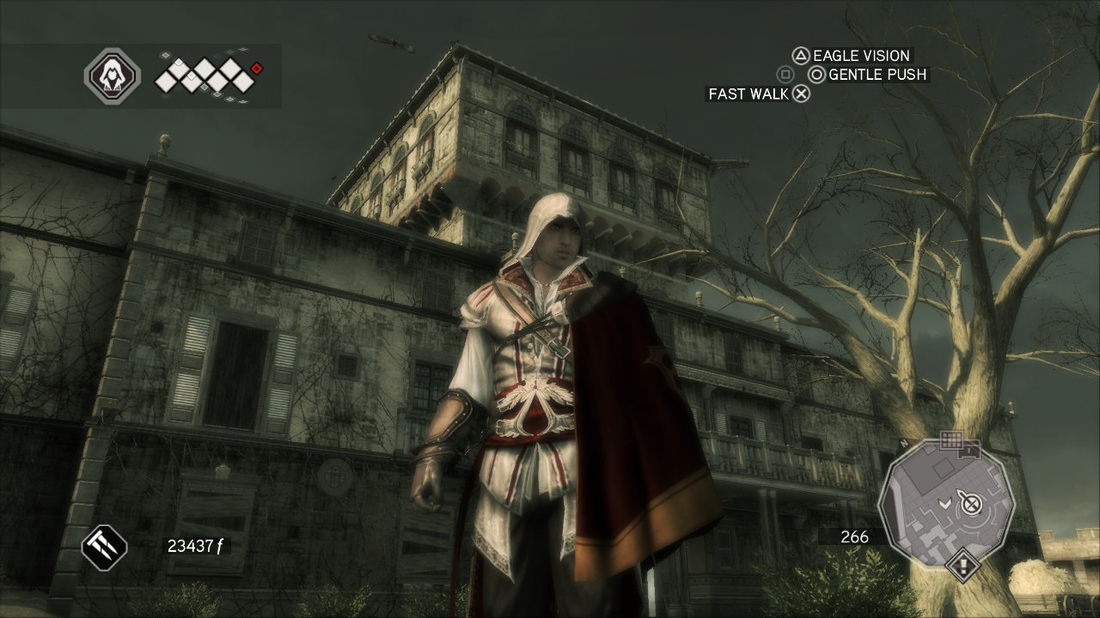 With your family you travel to Monteriggioni, where Ezio’s uncle Mario lives. He lives in the Auditore villa there, an old fortress and the last defense for the assassin’s. As you find out who has killed you father and brothers you go out for revenge. But before that you need the right skills and gadgets. Mario teaches you the finer points of combat while Leonardo gives you a hidden blade. As you get closer to finding out who is behind you father’s death, Ezio finds out more about the killers intention. His name is Rodrigo Borgia, the leader of the now almost extinct group from the crusades, the Templers.

As Mario explains to Ezio about the war between the assassins and Templers, his path of revenge quickly turns into a road to save the world. As Ezio travels to many famous Italian cities like Venice he rids the Templar tyrants ruling the area, also with some help of new allies.

As each conspiracy grows larger so is the likelihood of finding Rodrigo. Ezio Receives more gadgets from Leonardo Da Vinci like the hidden pistol, dual assassination blades and a poison blade. Going back to Mario he teaches you an important skill disarming an opponent which lets you take their weapon and use it. Once Desmond’s first turn in the Animus ends, Lucy wonders if he learn anything from being Ezio in the Animus 2.0. As he discovers he is learning quick he sees illusions caused by long periods in the Animus 2.0. In a dream Desmond was Altair, the assassin from the first game Assassin’s Creed who was back in Acre. Despite this Desmond goes back into the Animus 2.0. 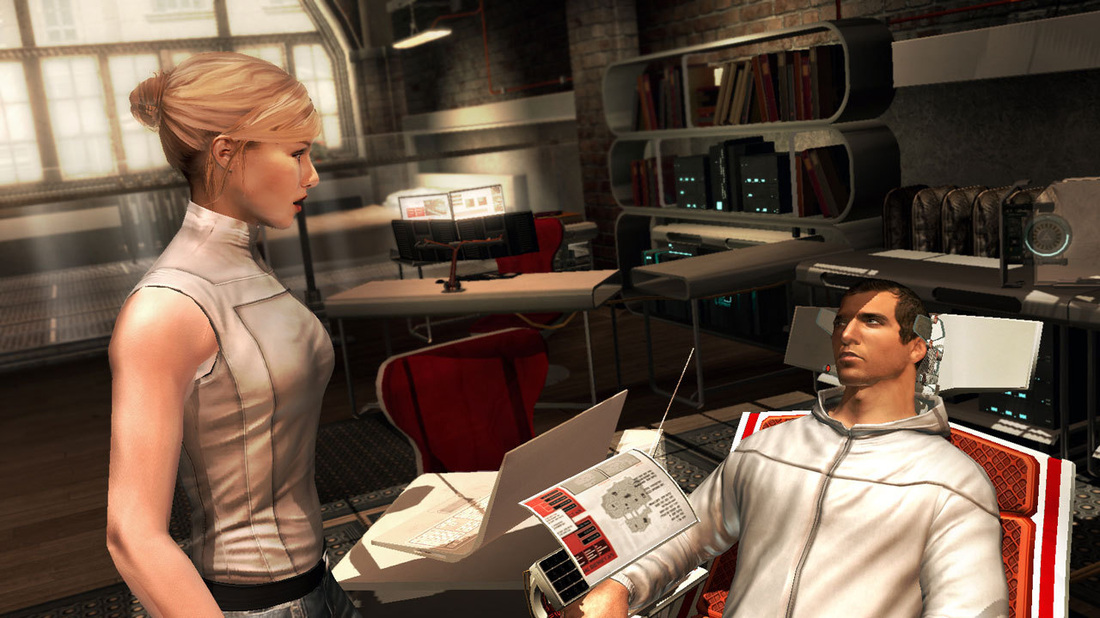 Enough with the story, now is with what’s new in Assassin’s Creed II. First of all is a new money based system, where things like weapons, amour and fast travelling cost money. Of course there are many ways to get rich. Pick-pocketing pedestrians is one way but it also increases your notoriety. Another way is by completing missions, side or main missions. The last way is by renovating Monteriggioni. As you make Monteriggioni look better more people will visit, increasing your earnings. It’s sort of like renting a house in Fable 2, except you have to go the Auditore Villa to collect it.

Another new feature is the notoriety system. do bad things like killing people, killing guards, standing in a no standing zone, pick-pocketing people and carrying dead bodies. The more bad things you do the more the guards will be aware of your actions and appearance and start to follow you. 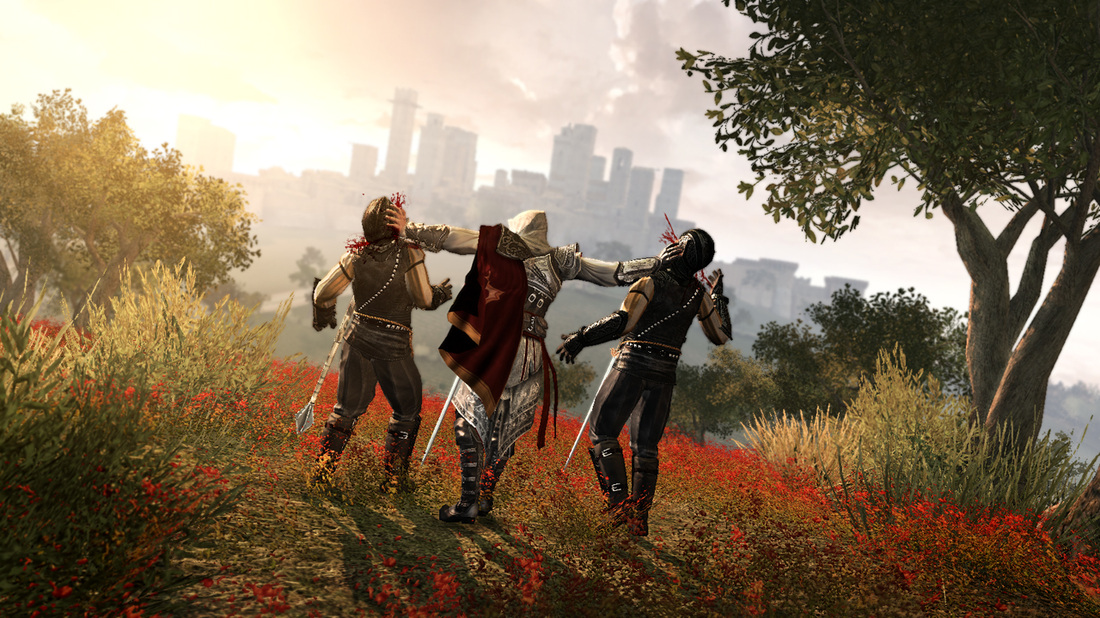 Also there are a few new collectibles in Assassin’s Creed 2. Instead of collecting flags there are now 100 feathers to collect and a reward at each 50. Also Assassin tombs let you collect 6 seals necessary to unlock Altair’s armour, the best in the game. Codex pages need to be collected and brought to Leonrado Da Vinci to decipher which can increase you health, but becomes part of the plot a while into the game.

With buying things you can buy new weapons which can increase you damage and chance of countering an enemy. Buying armour also increases you health and amount of damage you can take, you don’t want an axe wielding guy with all you have on is leather armour. As you get hit more times you would need to repair your armour or you will be unable to use one of the armour’s extra health slot. and brings me to health. Health is now more of a real thing rather than sync bars with the animus. Thanks to the Animus 2.0 you are now able to take medicine from doctors to replenish your health. Be careful as doctors do sell poison as well. 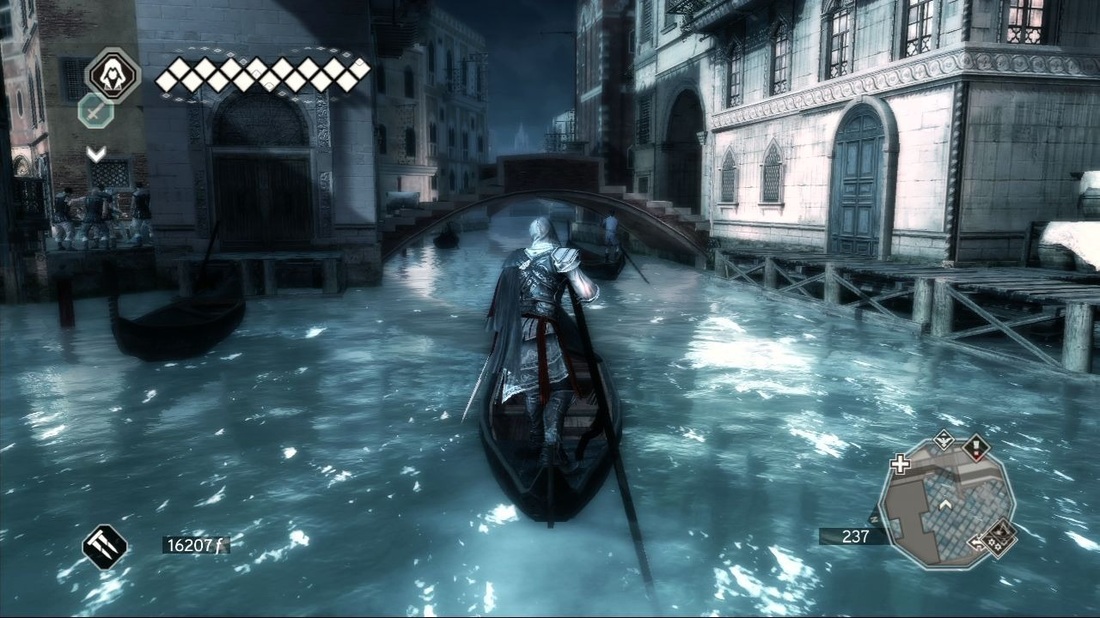 Also another great thing is being able to swim. About time, as in Assassin’s Creed you cannot swim, like the easier versions of Grand Theft Auto. Swimming lets you get away from guards and diving makes you lose them faster because they can’t swim. In Venice it is the home of the gondolas, what a nice way to get through the rivers in one yourself. The other thing is that there is a day and night cycle. In day the streets are full of bustling people and at night it is full of colourful lights and festive people.

My only negatives are those annoying singing bards, walking in front of you causing you to go around them, to follow you as well wants me to kill them. Another thing is a warning message saying when you kill an innocent, why..?  But my biggest complaint is not being able to replay those awesome missions. in Assassin’s Creed once the game is finished you can replay any mission, although they were boring. I so wanted to replay them, especially that flying one. Additionally, there are many lead ons and unanswered questions towards the end of the game. Too many to make it somewhat satisfying. The next game in the series will need to address these open plot points for a better coherent story. 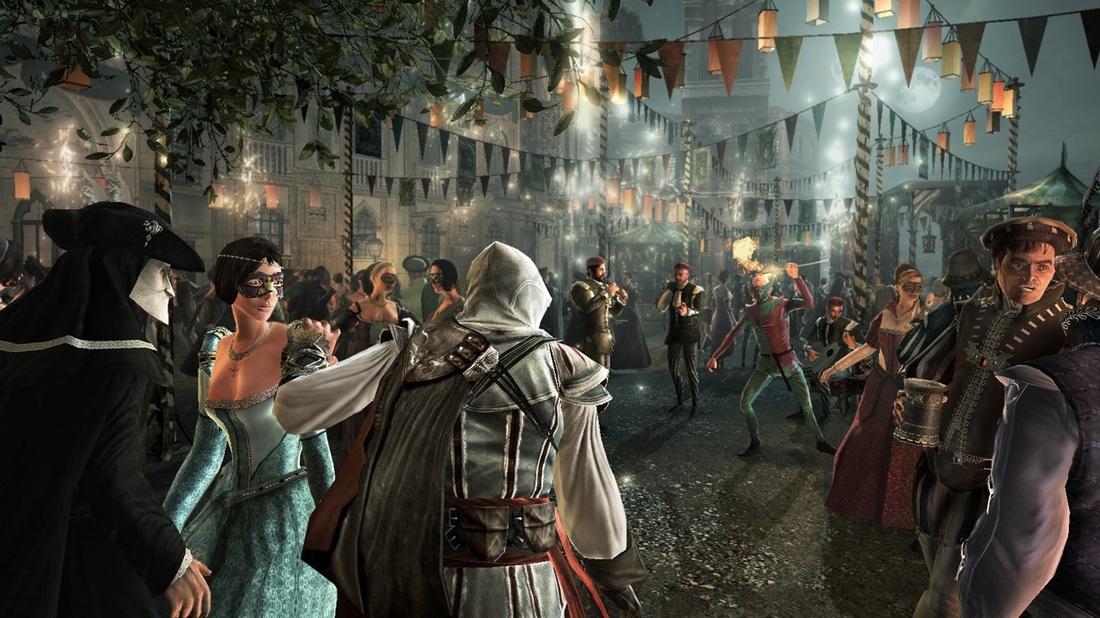 This is one of the best games I have ever played. The busy streets are full of life, people dancing and singing. A massive array of weapons including two assassinations blades. Being able to fly in a mission was a great accomplishment. A strong storyline and cliff-hanger ending, although the final boss was weird. Epic abilities and escapes from guards with better AI. Big massive environments covering 6 cities including Florence, Monteriggioni San Gimignano, Forli, Venice and of course Rome. Everything else was perfect, except that you cannot replay missions. The game’s environment looks great and the renaissance is an awesome time period along with Ezio. With two expansions an a spin off titled Assassin’s Creed II: Episodes coming soon, the series’ popularity is at its peak. This is a masterpiece. 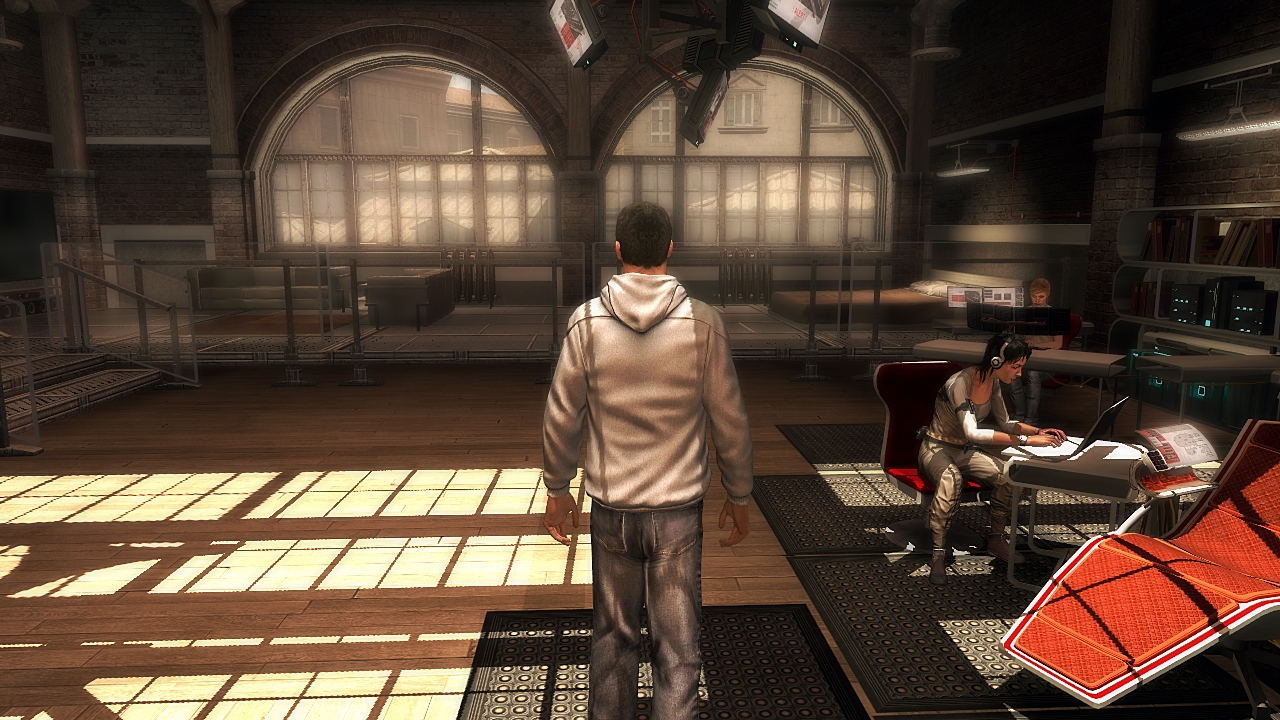 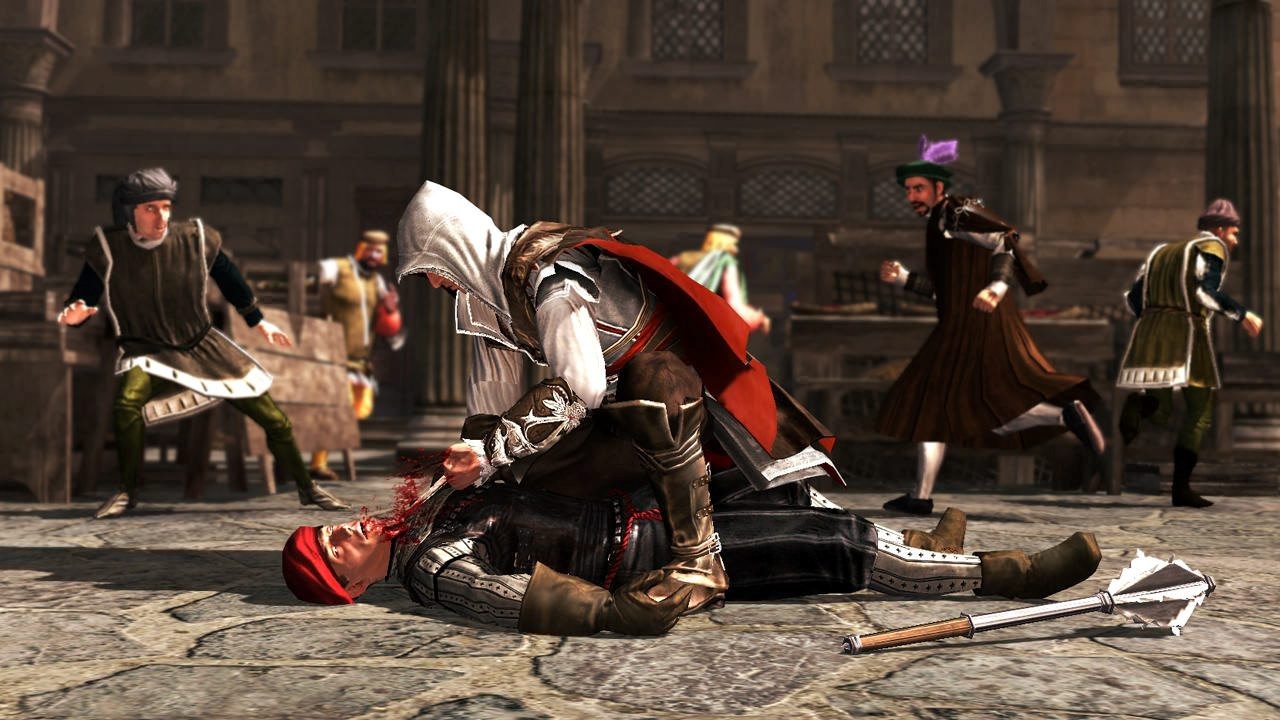 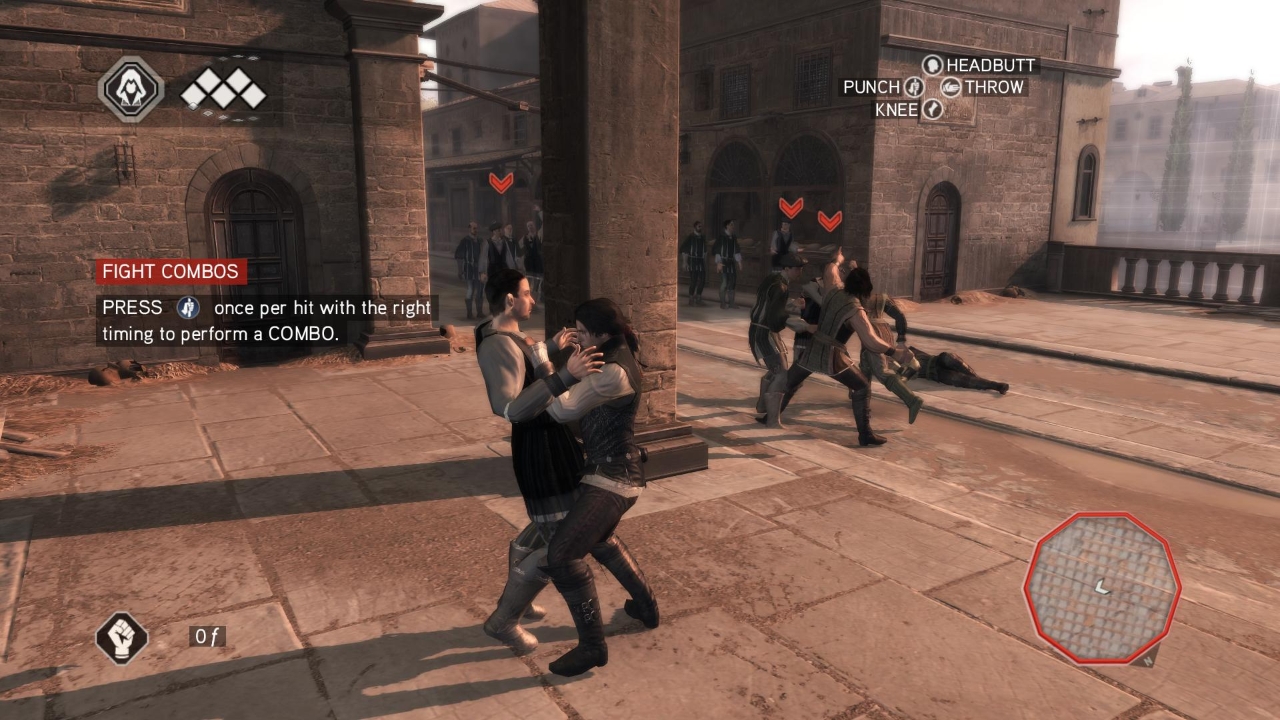 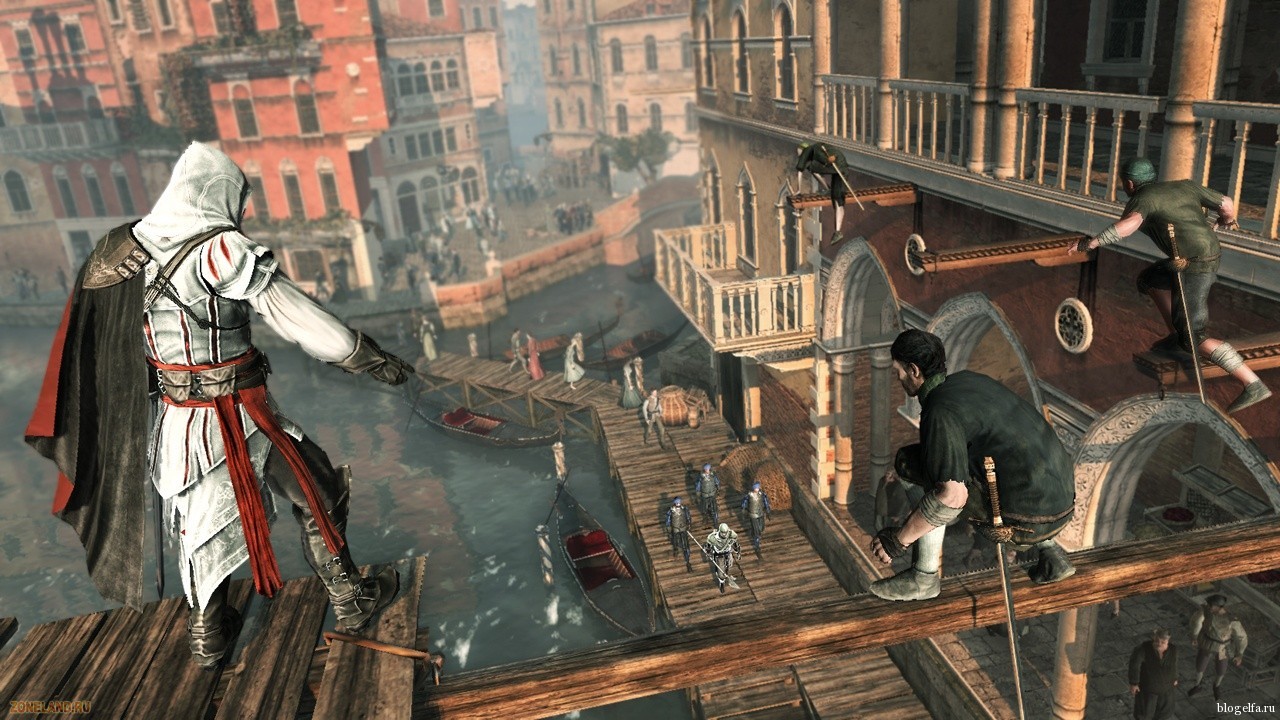 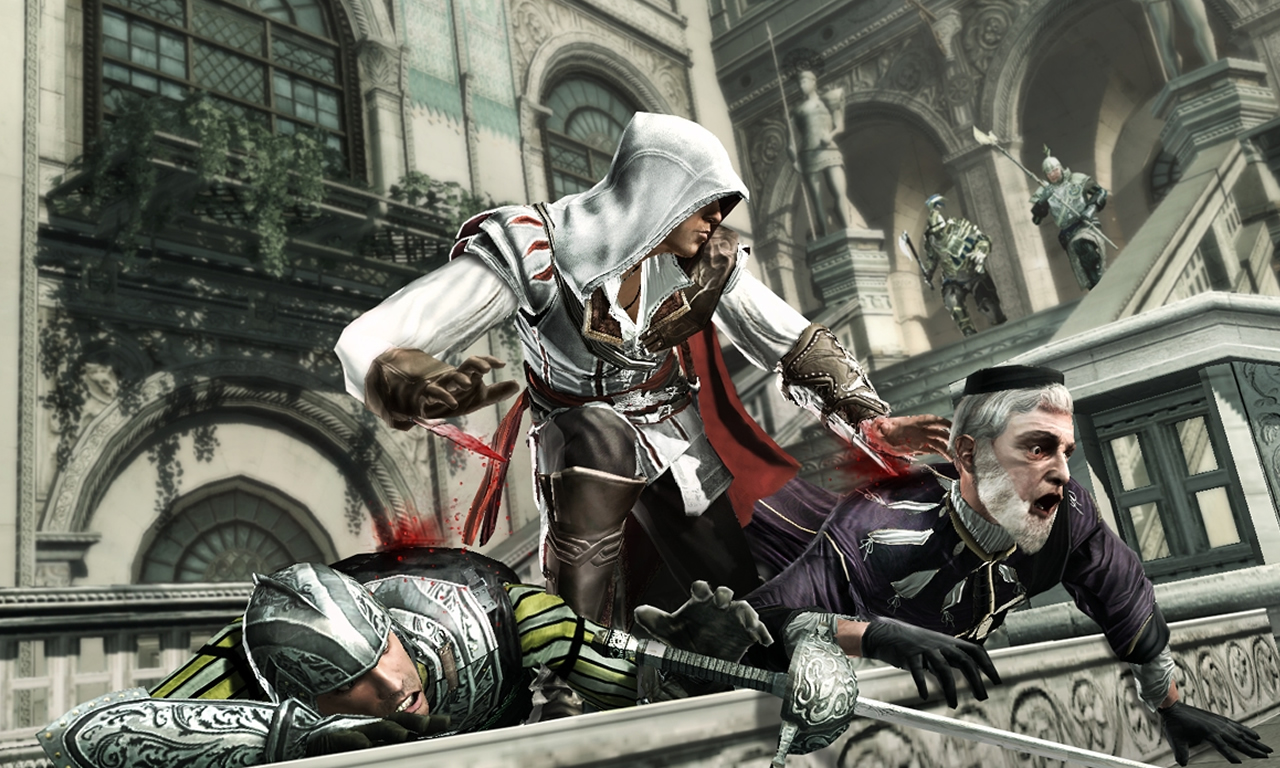 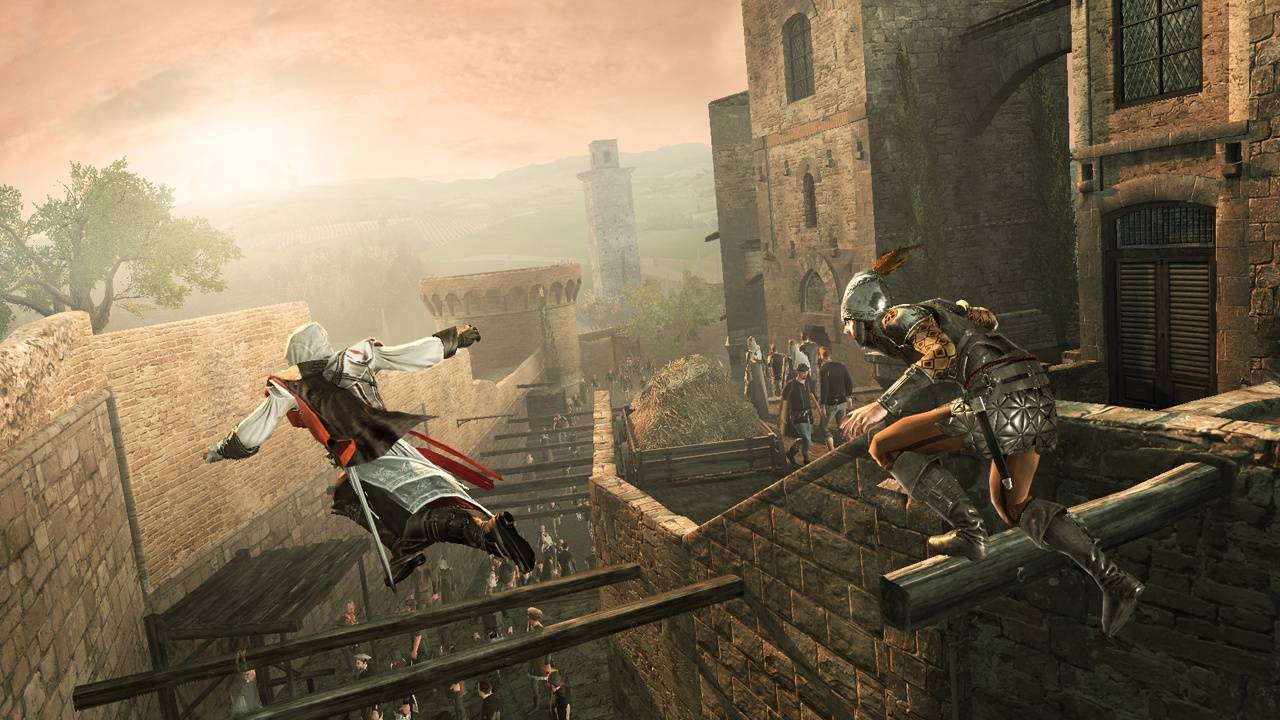