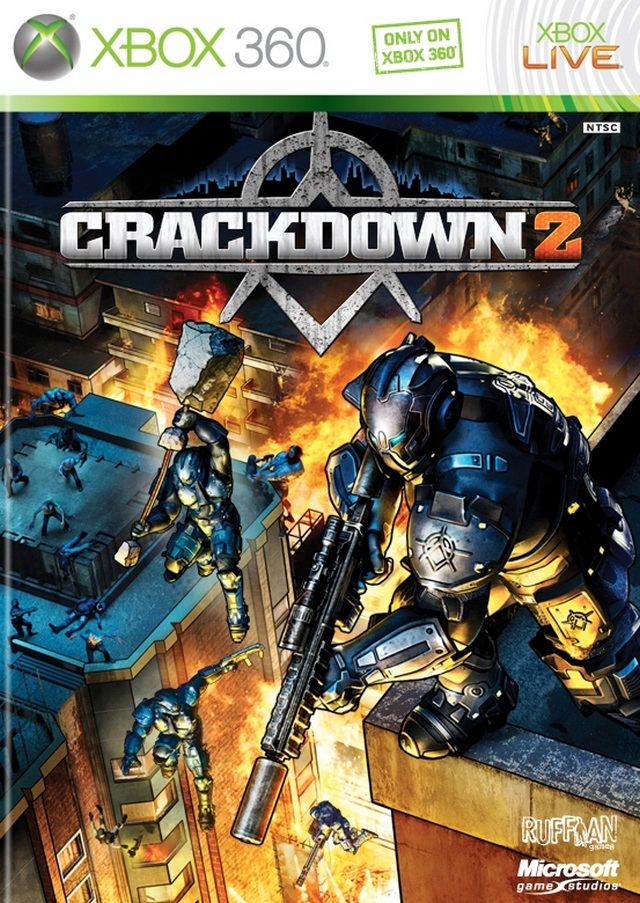 With heaps of free roam or sandbox being released every month many have perfected the genre by adding more and more ideas and different game play features to alter itself from the granddaddy which is GTA III. Crackdown, released in 2007 puts you in the shoes of a new super cop that protected Pacific City. Crackdown 2 brings all that back in a new explosive game with a few new things including zombies.

First is the single player, if you played the first Crackdown you will be treading through old ground. The storyline of Crackdown 2 is not strong at all, as the “agency” the company that makes the agents you play as are attacked by a terrorist group called Cell. On top of that mutants are running all around the city at night. SO during the day time there are Cell and citizens while at night there are mutants and sometimes Cell. To battle this, the “Agency” has deployed the first of their cloning program an agent (you) which like in the first game will solve and clean up this mess. The agency has a plan to take out the Mutants called Freaks by destroying their homes by using beacons which are located by absorption units which are guarded by Cell. 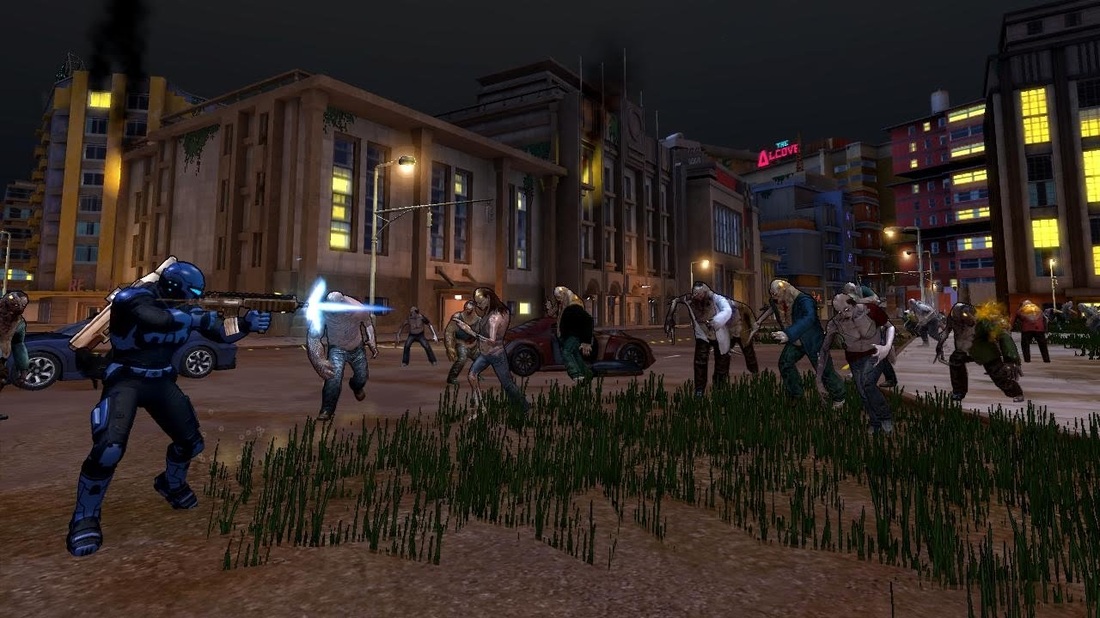 The game play is very much like the first, but too much that it is the same. The game does very little to innovate the game play but if collection hundreds of orbs is enough, well done then. Like in the first you can level up your abilities. In Crackdown 2 you can level up your Agility, which can only be leveled up by collected orbs scattered around the city, by completing rooftop races or by chasing around renegade orbs. Firearms, which are leveled up by killing enemies with your weapons then mini orbs disperse into you. Driving, which is leveled up by running enemies over, completing Road Races, jumping through Stunt Rings or collecting Driving Orbs. Explosives, which is leveled by using thrown explosives or rocket and grenade launchers to destroy the enemy. And Strength which is leveled by knocking enemies out, throwing stuff at them or beating them up with a bus.

One of the bad things about this is that at first the game can be a bit dull, especially when the driving, weapons and explosive skills unlock vehicles, weapons and well explosive weapons to be used at the agency load out screen. But for some reason even the third mission requires you to level up every ability to level 4 out of 6. This can be frustrating especially for the agility which requires lots of jumping and exploration. Also to add to that the good part of the game to level up all the abilities is by waiting till night because that’s when the Freaks come out. Because the streets will be full of them and killing them is fun, but not as fun as running them over in a sports car. 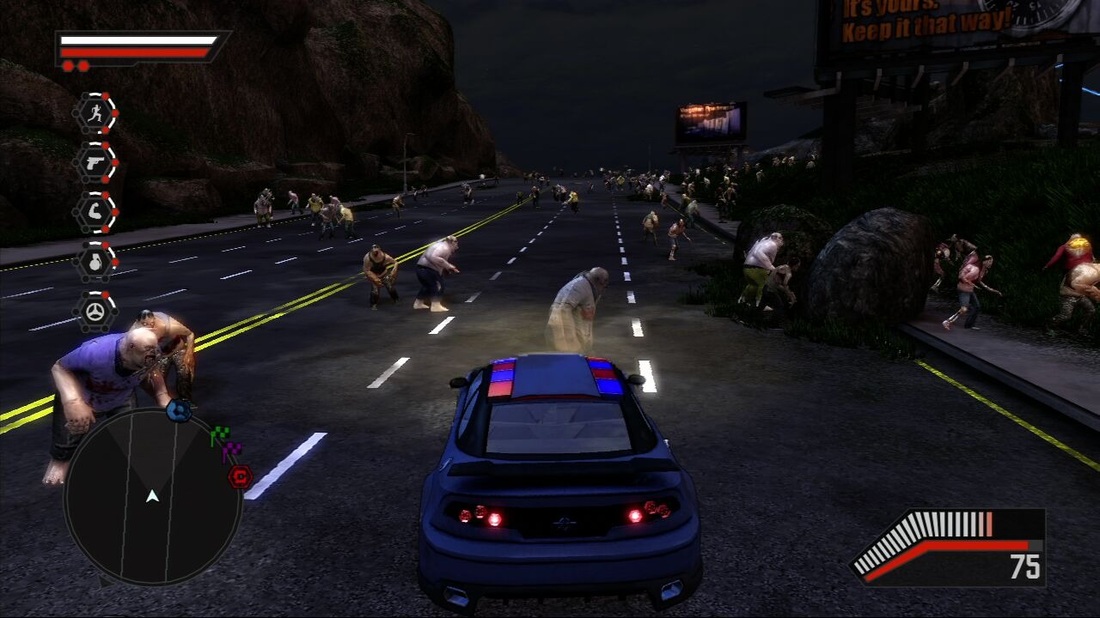 Many have criticized the graphics of Crackdown 2 and I do agree it does not look as good as it could but it isn’t the worst on the Xbox 360. While most of the time you will be driving around not noticing everything the city isn’t like it was in Crackdown, the buildings and bridges are all broken and partially destroyed due to mutant and terrorist attacks. While most of it is still intact climbing or jumping up buildings is horrible and atrocious. For starters not everything is able to climb, only window shelves and planks of metal sticking out of buildings. Also things that look climbable aren’t but contradicting that is that some objects that are never climbable in real life are. Such as climbing a sewer pipe, did you in this game you can hang on to the sides of the pipe? Plus you grip on to nothing; you grab the middle of the curving pipe.

The announcer or the voice of the agency gets pretty annoying right after the tutorial missions. He Is the like the person that tells you what the objective is which is fine, but the annoying thing is that his voice is the voice you’ll hear for 96% of the game. Why? Because he comments on everything you do, from being set on fire, killing peace keepers, killing zombies, even on achievements. It pops up every time you do the same thing and he’ll say the exact same thing every time.

Of course similar to the first game exploration is one of the game’s highlight but now especially with more than 500 orbs to find. The main orbs you’ll be exploring for are the agility orbs, which are quite simple, find them in high or tough places and then nab them. Another type of orb is the Renegade Orb which can be taken in for agility and vehicle skills. The Renegade Orbs require you to chase them until you touch, for agility you’ll be on foot and for vehicle of course you’ll be in a vehicle. The Agility Renegade Orbs take forever to catch as they are faster than you’re running speed and they go in high places in circles. Many times you will be jumping for them but failing and falling miserably. For the vehicle Renegade Orbs all you need is a fast car, what is recommended is the Agency’s Supercar but you also need to know how to slide and drift as most of them go around corners. 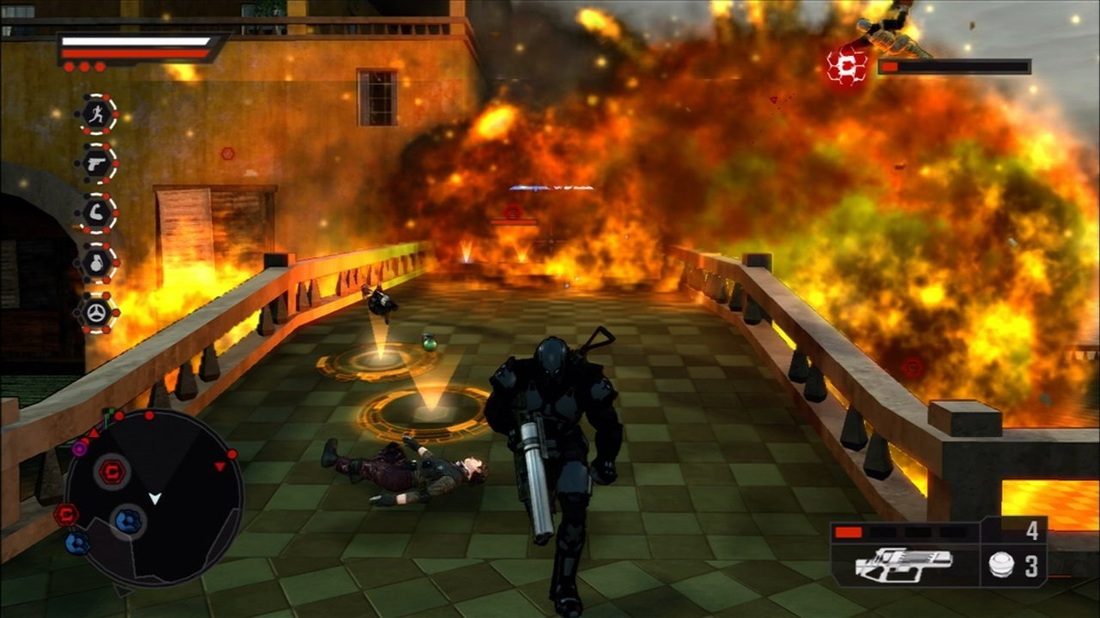 There are many weapons ranging from snipers to rocket launchers to duck-shaped bombs. All of which can be acquired from the Agency drop point (where you respawn or collecting more ammo or selecting a vehicle). The fighting is basic providing only with a few combo hit unless you level up the strength. While you can pick up massive objects or poles you cannot do much with them and the throwing animations looks so awkward. With so many weapons you will need a decent targeting system which this game gets all wrong. You cannot switch between targets which become a problem when fighting more than 20 Cell terrorist, and the most annoying feature is that each time each time you try to lock on an enemy it goes with behind him or to the side to lock on a car or an explosive barrel which kills you.

The missions are very repetitive, take this Cell stronghold out which has over 30 but its okay, help will be here after you have finished the job. This is the same with the main missions and story, capture 20 absorption units surrounded by 6 enemies, then defend the beacon from freaks as it charges up over 5 minutes. While you are traveling around Pacific City you will run into heaps of Cell which fires at you in tens making sure you don’t survive. Nighttime and daytime they shoot you with rifles, shotguns and even rocket launchers which follows you. All this makes the game much tougher and makes you cower behind a large object to heal. But the single player is sure fun blowing things up. 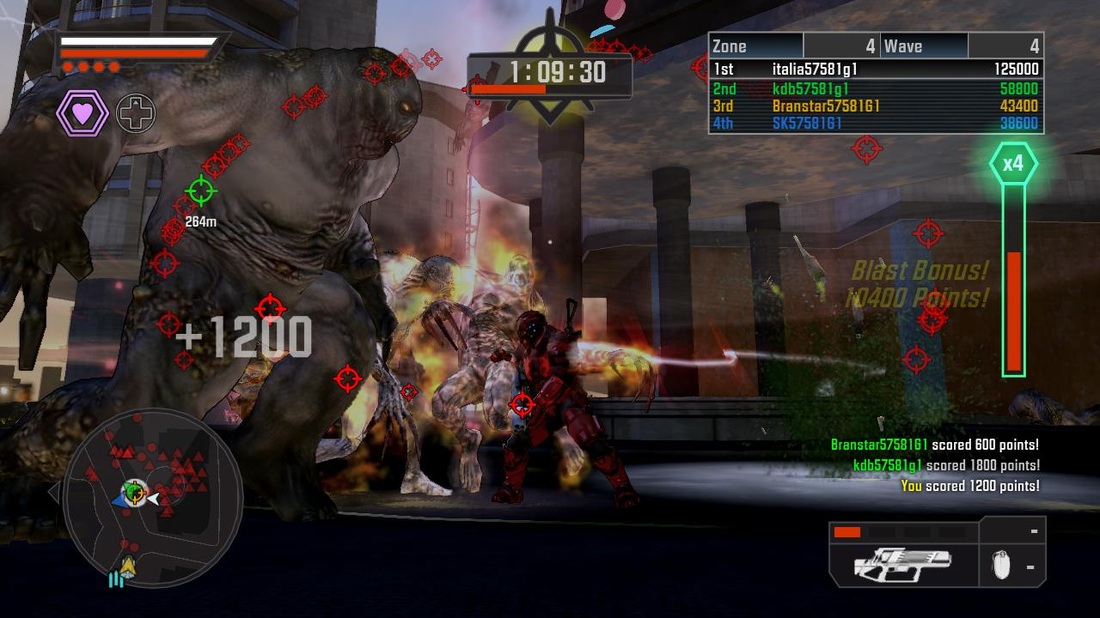 The big news is that the Multi player has a few more new things to add over Crackdown.  First I that Crackdown 2 can be played with 3 other friends in 4 player co-op. If you join a game everything you done there is kept in single player, expect of the story missions. There are extra orbs to be found in co-op which is so much fun, either teaming up with your buddy/s or just knocking them out. In co-op the entire city is out to explore which lets you go around killing freaks, taking over Cell Strongholds or again just knocking each other out or playing explosive tag. The competitive side is less appealing only having 3 modes which are the typical deathmatches and Capture the flag. With still inconsistent targeting the experience still isn’t welcoming and warm. The multi player is only fun for co-op, where as nothing else matters, expect orb collecting. 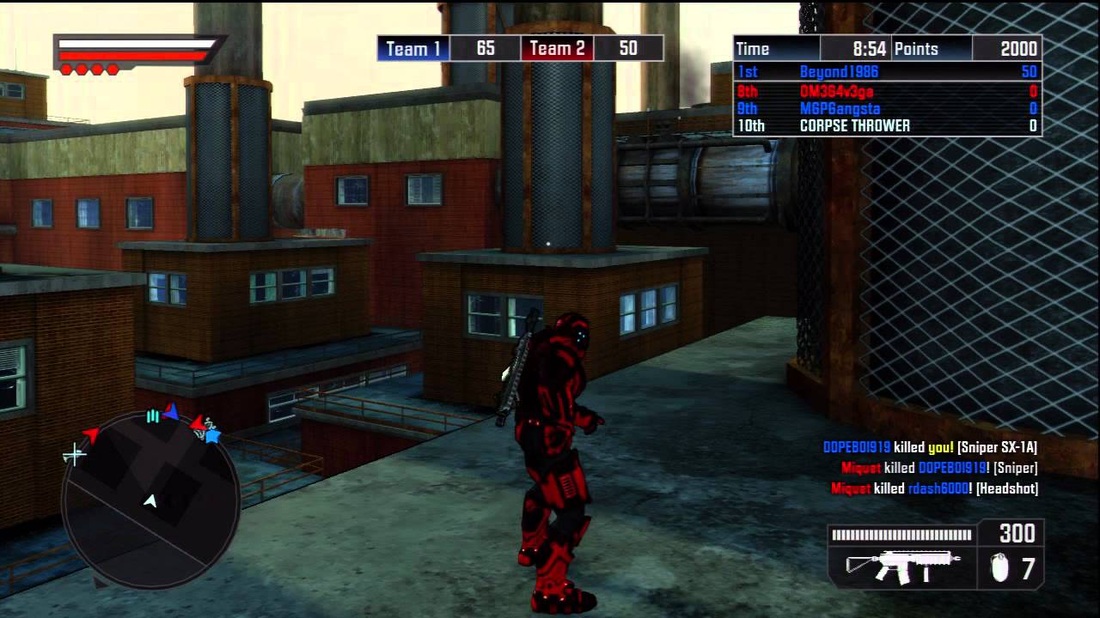 Crackdown 2 is too much alike its’ predecessor, with only 3 or 4 extra and new things, make 500 as or collecting may get a bit fun and of course necessary. The Co-op is only on live and offers more fun and explosions while competitiveness isn’t so great. With a lack of a good soundtrack the same song is played over and over again in different tempos. Crackdown 2 will offer some fun with big explosions and Co-op but suffers multiple setbacks. 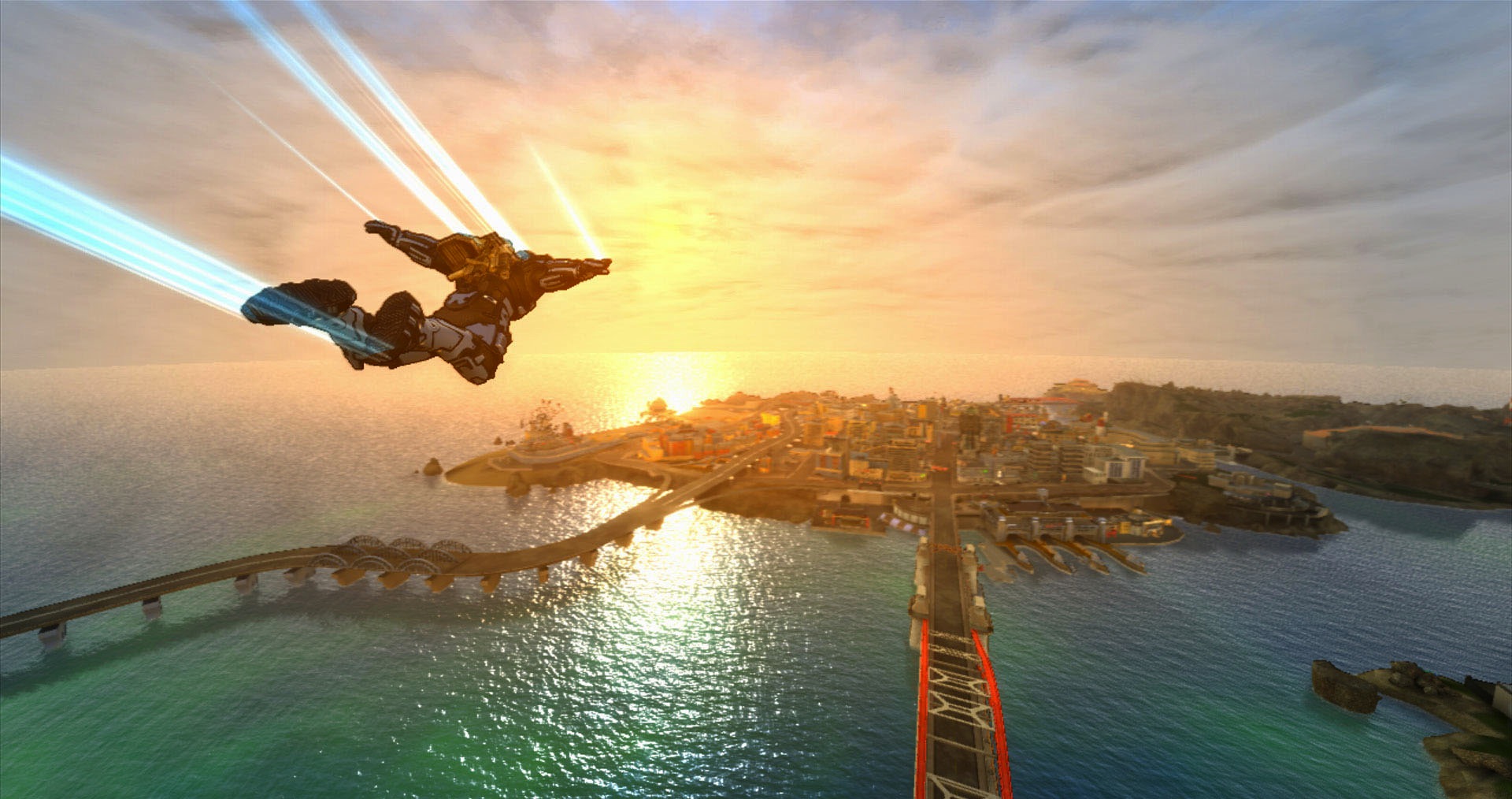 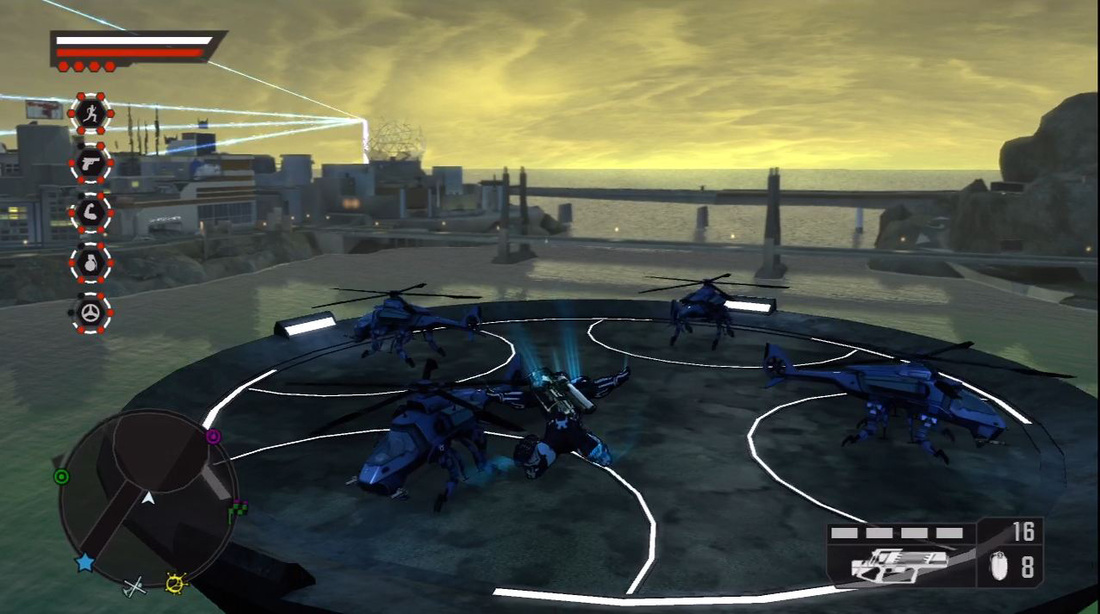 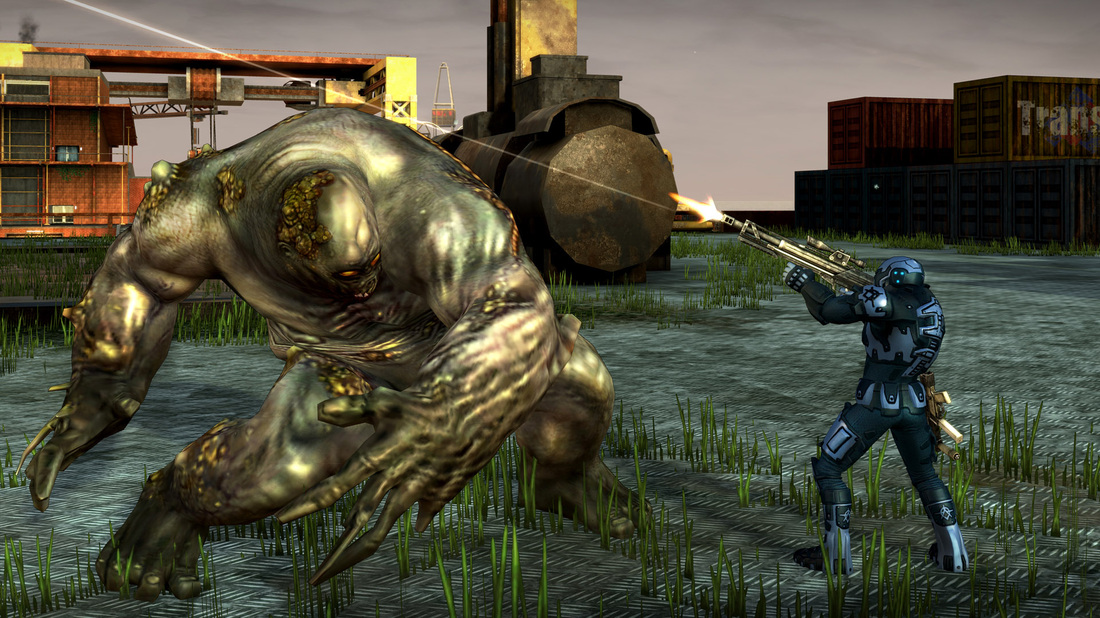 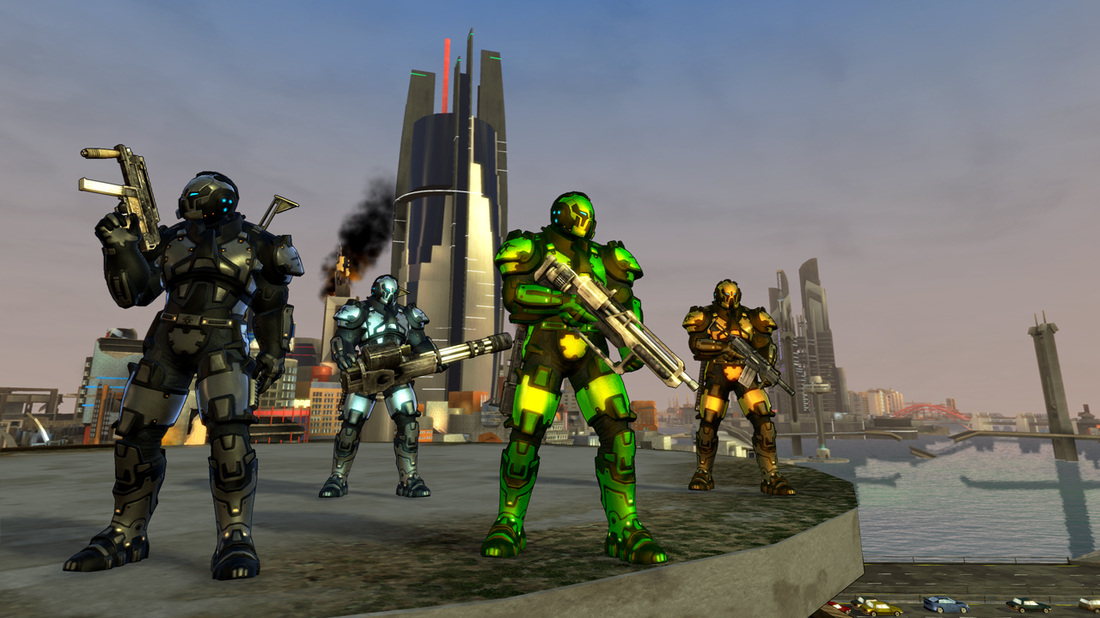 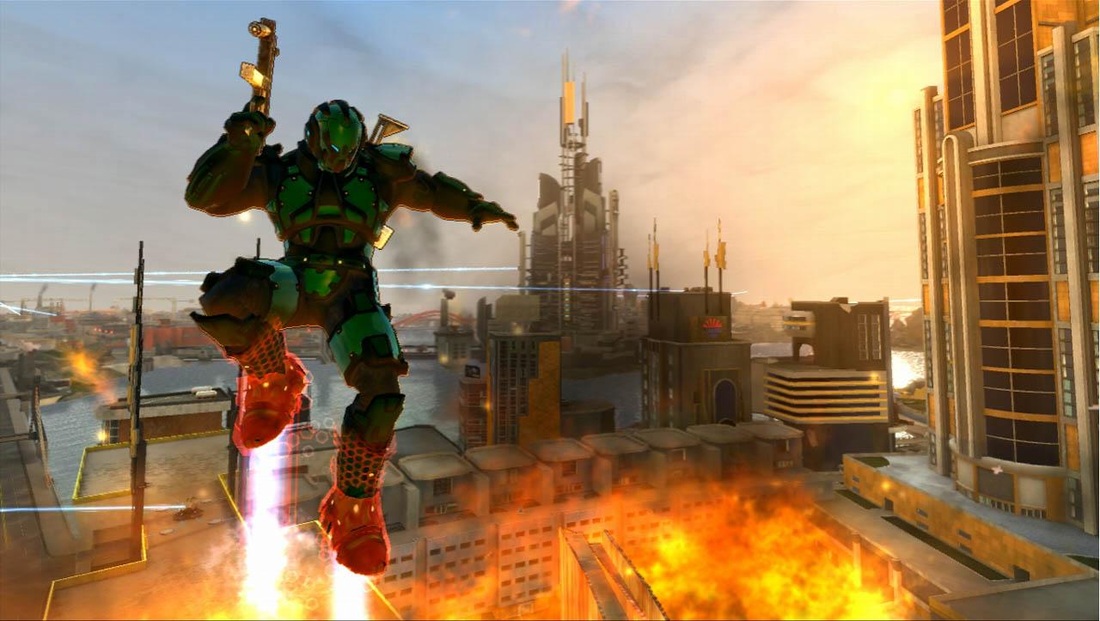 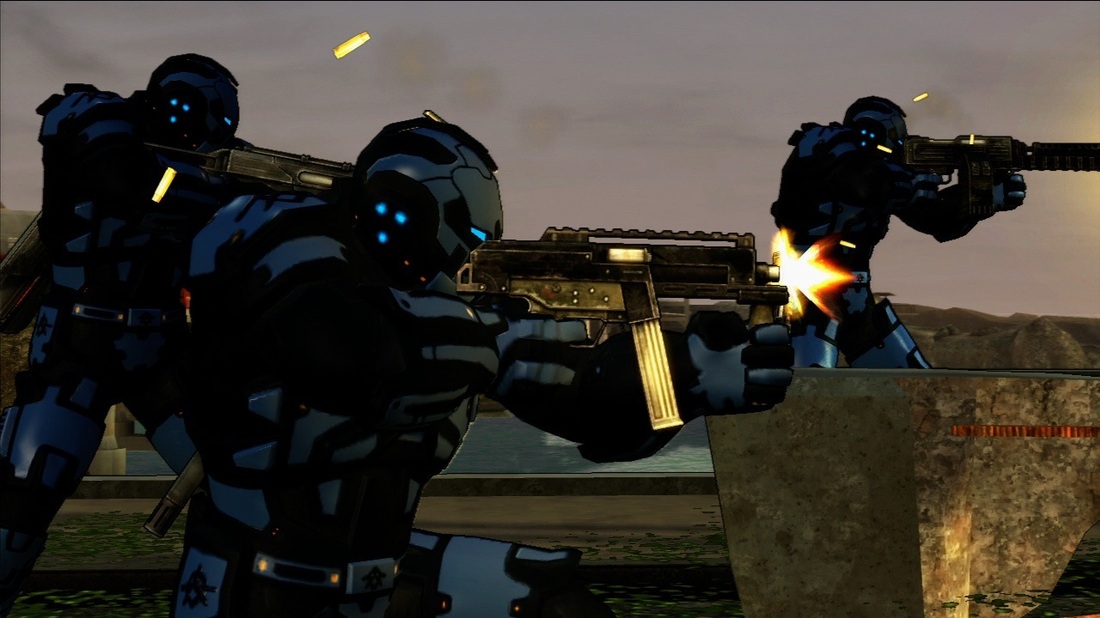