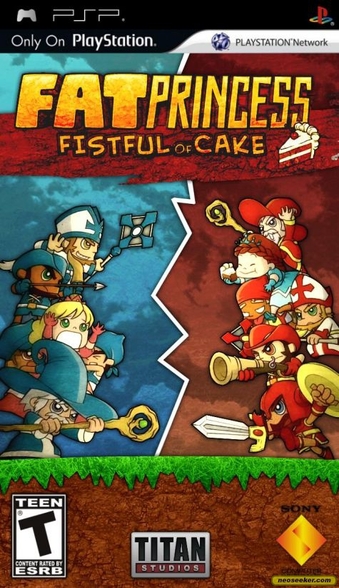 While there are many games of heroes in bright shiny armour rescuing princess in video games, there was one game that added a few things to that and called the game Fat Princess. Fat princess was released on PlayStation 3, and with most PlayStation 3 games it is now portable on the PlayStation Portable; Fat Princess: Fistful of cake. This game on PSP is identical to its elder brother on the PS3, although it is not a port it has many other yummy extras other than more cake.

Fat Princess: Fistful of Cake follows the same formulae as the first, there are two teams blue and red, out to rescue their princess which is being held captured in each others castle. You have to defend your captive which is the enemies princess while saving your own. There are 6 classes to choose from; villager-which is how you start off as, warrior-the mean guys, mage-good to burn things, builders-used to gather resources and upgrade buildings, priest-which can heal others in your team and archers-which feels like robin hood. All these classes have strength and weaknesses, ranging from speed to more health. Builders can upgrade the classes only once and make the game more interesting. 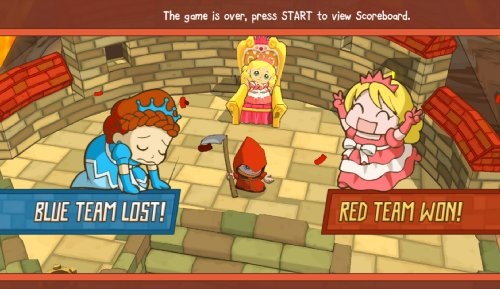 To change classes there are machines which drop hats, which are the different classes. The builders upgrade the machines to drop stronger hats. When upgraded you are able to use another weapon or ability. For warriors it is a spear, mage is the ability to freeze enemies, archers can use a musket, priest now can drain enemies life and builders can blow things up with bombs. Resources gathered are wood and metal, wood is used to upgrade the machines and make doors, while the metal is only for the machines.

The game modes range from the typical rescue the princess, to team deathmatch even soccer and more. There are heaps of maps which are all very unique and different to each other which make each maps tactics different. The graphics of this game is quite cartoonish, its not real like Final Fantasy or as quirky as Team Fortress 2 but it is in between, like some anime video games. The controls is quite simple, only one attack which is square, X is jump, triangle is to change weapons and circle is to pick up things like cake and princess.

There is a story which is at sometimes quite funny, but its only there to teach you how to play the game and play the different game modes. Not all the game modes are unlocked straight away so playing the story would make it worth it. With that there are only 15 missions which can be completed in 4 hours. Also with completing the story gives you more customizable options for your character. Yes your little character can be customized with different hair styles, eye colour and facial hair. In single player there can be as many as 24 players on the field at the same time, which makes it more hectic. Sometimes a match can last about 20 minutes and that can be very frustrating. 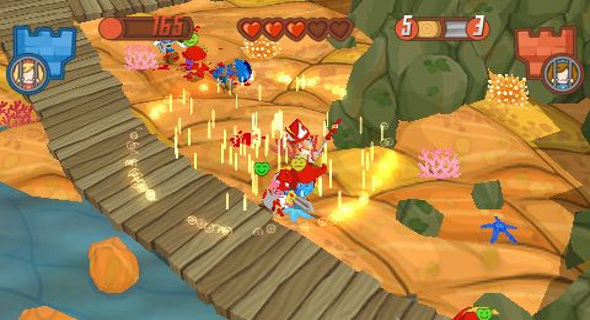 Playing with friends in games is always fun, especially with this. Shame only 8 players can go in one match, this game has Infrastructure, which means you can rescue princesses with people around the world. It is the same as single player but there could be more Downloadable content such as new maps, game modes and customizable looks. There isnt anything different to single player, which isnt a bad thing but playing with friends and other people make the game much better. 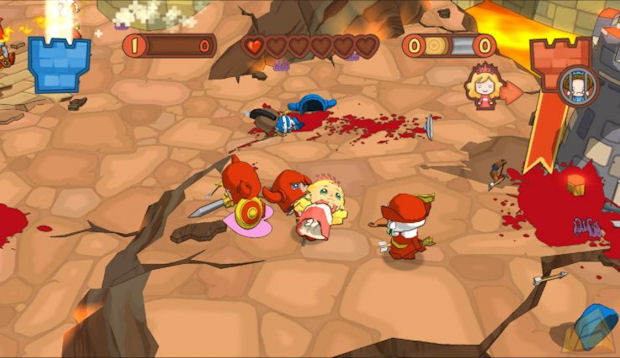 This game is enjoyable and a guilty free pleasure. Feeding people food is now even more fun, but do not take it too seriously. The levels design is great, from volcanoes to the Arctic. The maps and game modes are plentiful such as rescuing a princess from a dragon or soccer. There are a few AI issues such as others running into walls or being AFK. There are a few classes which make the gameplay more diverse. This game may be a bit simple but it has its rewards and fun. Bring on some more CAKE! 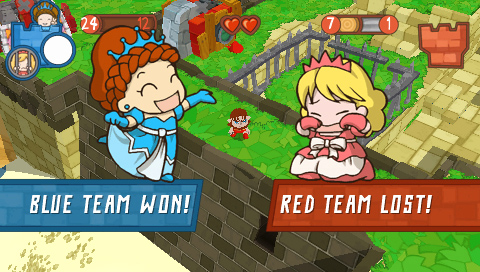 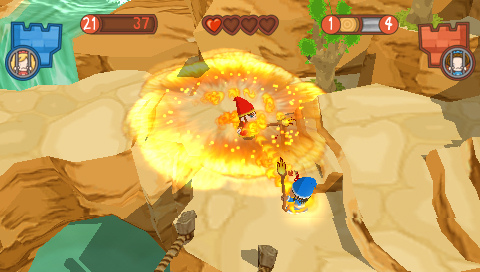