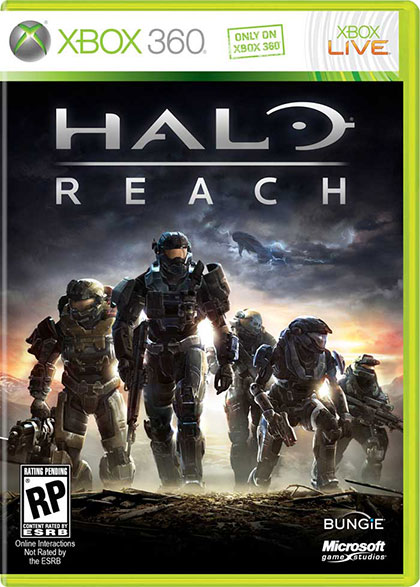 The entire franchise about a super soldier fighting aliens and zombies is what made the Xbox systems famous and universally famous. The badass main character only known as the Masterchief has been well liked by almost everyone. Xbox fanboys love the series while PlayStation fanboys hate it, but the entire series developed by the one and only Bungie has brought to a close to the series. Halo Reach will be Bungie’s last hoorah in the ever famous Halo series before Microsoft hands it down to the newly found 343 Industries. Halo reach is an amazing game to end on Bungie’s majestic FPS series with outstanding graphics that push the 360 almost to PS3 graphics, a much intense atmosphere than the other Halo games, a great soundtrack as always, fun gameplay, straight up campaign and of course the top notch multiplayer- Reach is one of those “rare” games. 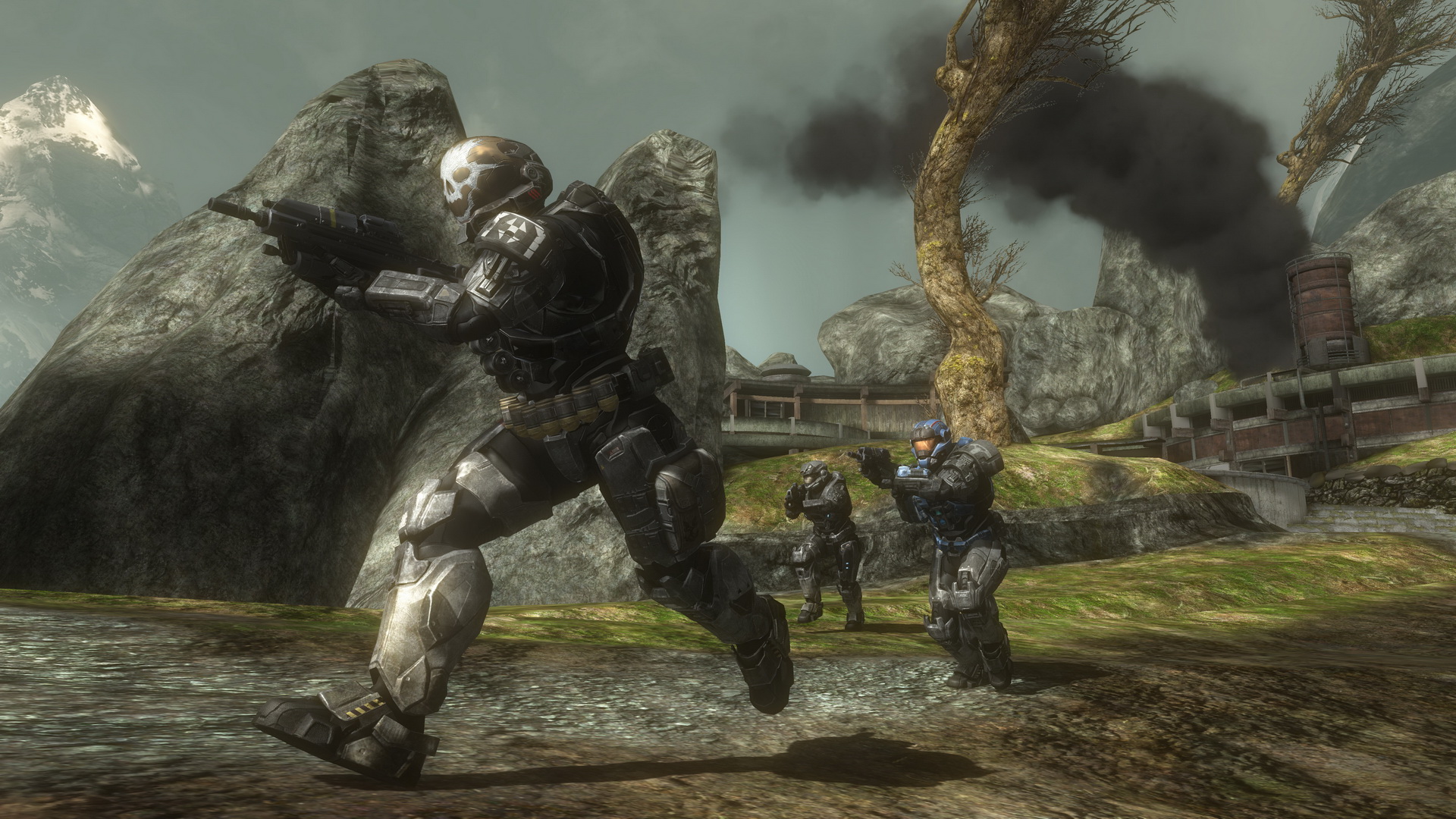 Halo reach is set 10 years before Halo: Combat Evolved and that would mean no Masterchief. Instead you play as new recruit to the Spartan team Noble team. You are Noble 6, the 6th in the team and you can customize yourself anyway you want, like you would online. You can customize the color, armor and even gender for the ladies. This is a nice touch from the green you wear as Masterchief, plus it’s good to see a pink Spartan. Noble is made up of 5 Spartans and yourself, there’s; Carter- Noble 1 and leader, Kat- Noble 2, Jun, Noble 3, Emile and Jorge- Noble 4 and 5 respectively.

Noble Team is sent on a recovery mission to find out a problem with a Communication ray. Expecting that there will be rebel fighters in the area they have no idea about what has happen. The Covenant has discovered Reach and began invading it. The Covenant launches a full invasion of Reach and the UNSC has to hold them off to protect one of the most important planets- Reach. Noble Team is sent all over reach to help out with the defense force holding out Covenant invasions but will the Covenant prove too much for the humans?

One major thing that you’ll realize straight away playing the campaign is the magnificent graphics. From the kick-ass looking guns to the detailed and rich environments really does show a battle for survival. The campaign is pretty short like Modern Warfare 2, and like it, it is an intense ride. The Covenant have all been redesigned and made them look more brutal and they even speak the Covenant language, making them much more horrific. During the Campaign everything around you is happening, it’s not only the action on the ground, but if you look up you can see heaps of things happening- from Banshees and falcons battling it out or the sheer destruction the Covenant has brought to Reach. 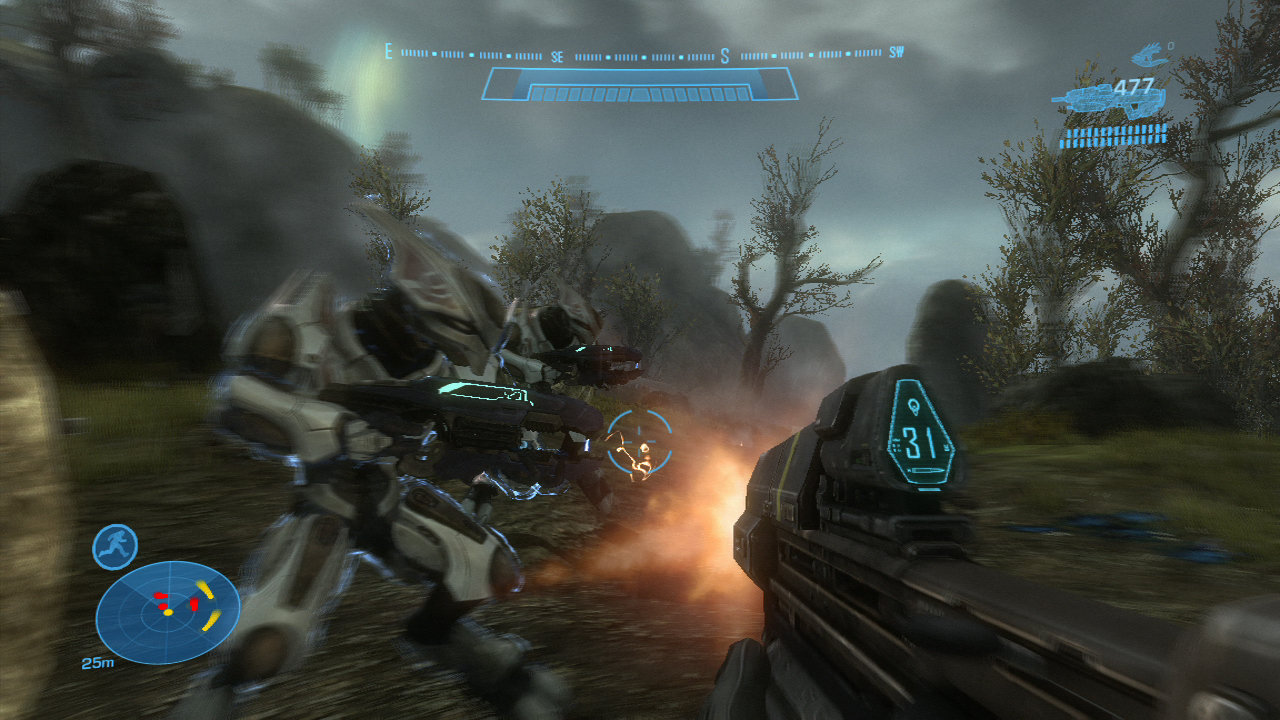 This all creates a much better atmosphere than previous Halo games, even ODST. The atmosphere is more intense, gritty and dark which all fits into the story of protecting Reach from a colossal invasion. This along with the non-English speaking Covenant, things happening all around the player and new brutal enemies the atmosphere is much more than happy land back in previous Halo games. The maps in the campaign are much bigger than Halo 3 and have multiple routes to an objective offering different playthroughs each time. The campaign is very varied and you’ll be doing some missions similar to missions from previous Halos. From manning a gunship and firing at Phantoms to the new space mission, there is enough variety to keep the game fresh. Also as stated at the beginning of the game, no more lone wolf- you are part of a team and it is the first time in the Halo series that you and more than one person will accompany you.

Halo Reach has started to follow many other blockbuster FPS games like Call of Duty, following similar to its button control scheme. Most of the buttons are the same but B has been converted to change grenades as RB is now whack to make way for the new Armor abilities that was seen in the multiplayer Beta on the default setting. That’s right the awesome Amor abilities are in the campaign as well as online. During various missions these abilities are required to complete some objectives. Weapons also got an upgrade, this time they are more violent and much better looking. Once you play Reach and start using the Assault Rifle, the vibrations will ripple through your hand and once you’re done, you miss out on the hardcore shooting. New weapons are also present such as the Grenade Launcher, Focus Rifle and Needle Rifle to name a few. 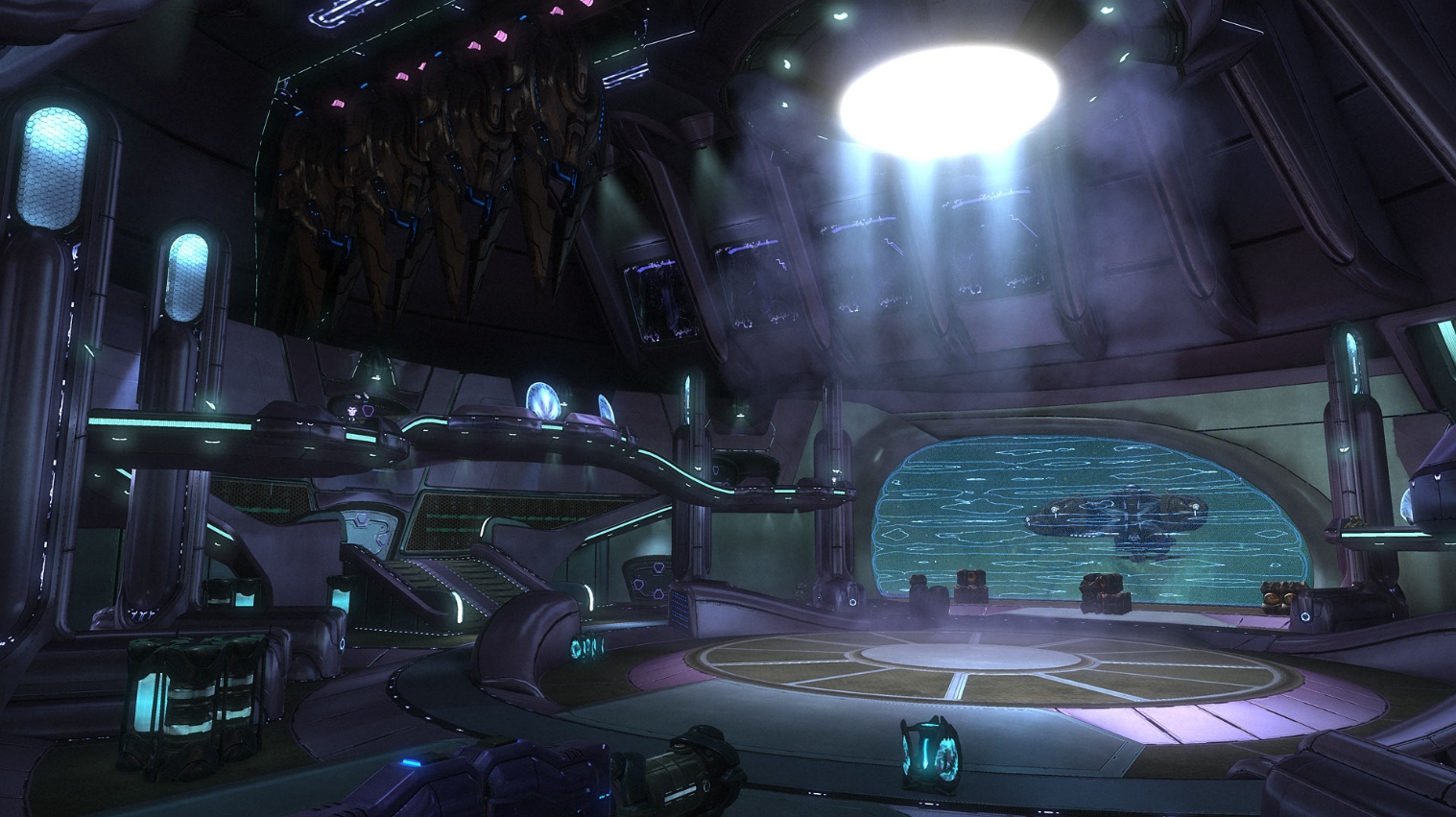 The customization in Halo Reach is almost the same as Halo 3. Like online you can do the same for your character for the campaign, there are the usual armor color and emblem color change. Parts of the armor can change as well like the helmet, chest, wrist and visor color but unlike Halo 3 you need to buy them using Credits. Credits are gained by playing the game offline and online and are used to buy new parts of armor, but not all armor are unlocked so you will also need to rank up to get the more god looking armor. As usual with all Halo games the sound and music is just breathtaking. Playing somber music during the destruction of cities to gallant and exhilarating music of defeating waves of covenant really does impact on the player. The soundtrack is just brilliant and mesmerizing enhancing the campaign much more.

Halo Reach’s single player is not dumb down at all, after a decade Bungie has kept the story fresh and nostalgic at the same time. A much more involving story with an atmosphere and music to involve the player and show the viciousness of the Covenant, while there is no flood the single player portion is fantastic, with the added new features of forge that will be detailed in the Multiplayer section. 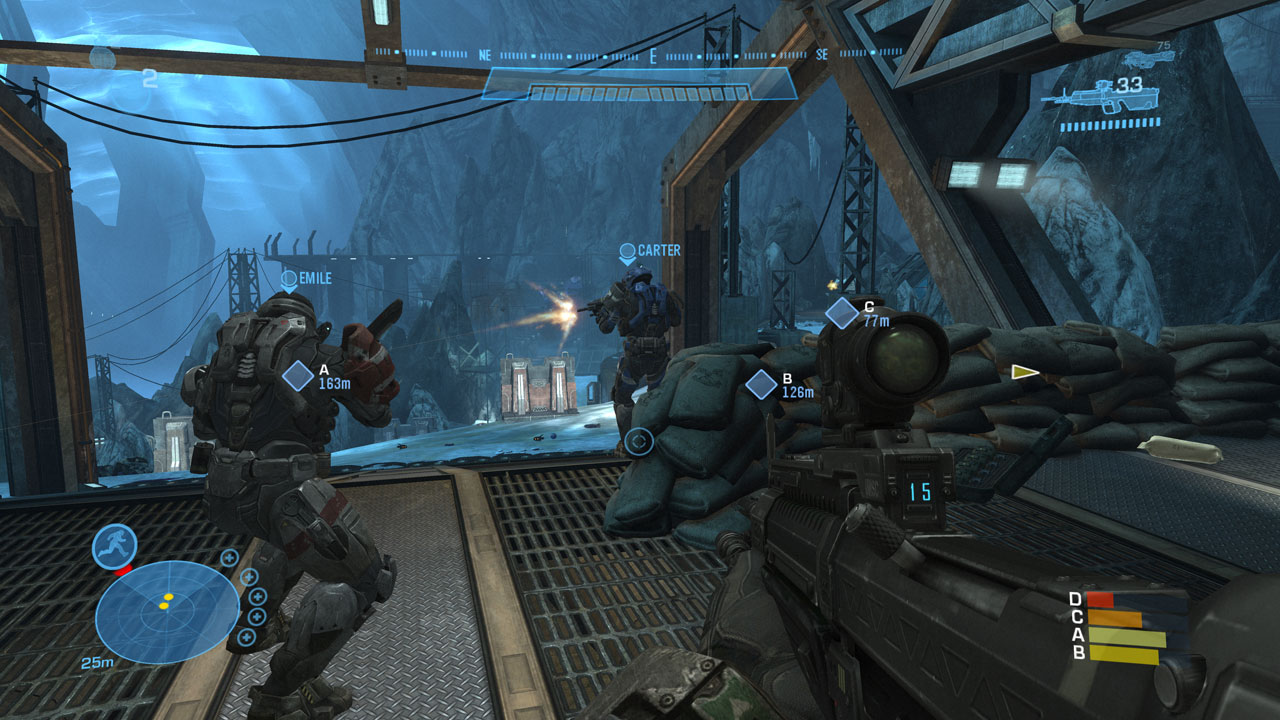 The multiplayer for the Halo series has all been pretty much the same, the outrageous maps, vehicles and weapons available at disposal with all the crazy and exciting game modes. Reach adds on to the fun with more modes, customization, weapons, new matchmaking system and armor abilities. The game of course can be played in 4 player co-op online or split-screen, and it is great fun when playing with friends as it will help with harder difficulties. Co-op also lets everyone go down a different path creating more and more different outcomes for more replayability. As with Halo 3 you can keep score with your teammates and have a contest to find out who is the best or being on teams to keep score. Skulls are the same as ODST and are all unlocked instead of finding them and will alter the game tremendously. Enemies drop less ammo, dodge more, throw more grenades and the confetti headshot skulls are all back.

Forge is back from Halo 3 is now more powerful with more tools and settings. There is a new place called Forge World which is a massive place filled only with trees and rocks ready for you to create something unique, fun or just an epic fail. Of course if you don’t want to make your own maps you can download them from Bungie. The matchmaking system has also improved with a new veto system which allows players to choose which map and mode to play next, so not every time you’ll be playing the same map or even game mode. This may not please everyone but it is fun and interesting enough. There is a new ranking system that pairs you up with other players playing in through sessions. There are many new modes that are plain fun. Two new game modes include; Stockpile has two teams fighting over four neutral flags and holds the flags until the end of each round, Invasion which contest two teams to capture various points, which then the maps opens up for larger gameplay. 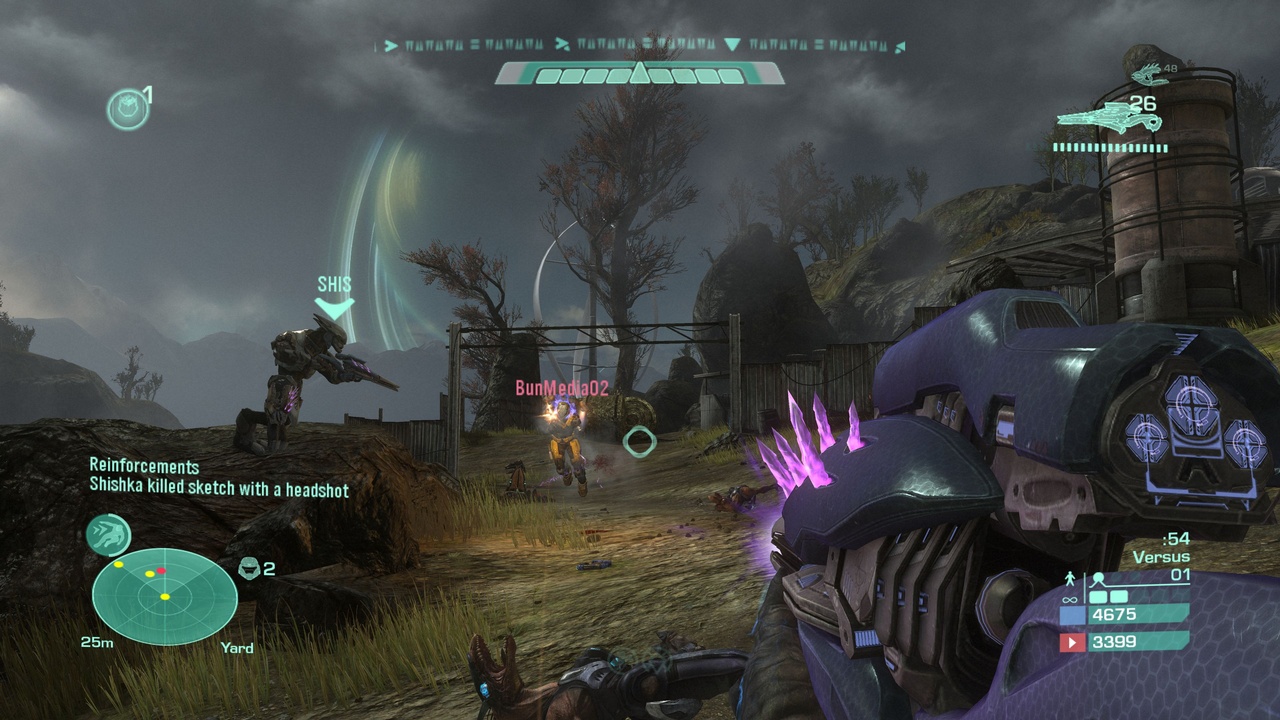 Another new concept to Halo is the capability to alter your equipment before you respawn, similar to other FPS games. With this addition you can also select which armor ability to select from; there’s Hologram, sprint, jetpack, drop shield, active camo and Armor lock. These armor abilities change the entire gameplay of Halo Reach, some are more cheap and irritating than others and may unbalance the game. The guns are also a bit unbalanced with some of the new weapons being a bit overpowering but with the new armor abilities it balances each other out.

Game options are now much more customizable altering more options than ever. Firefight has also been upgraded with more types and rules to fight waves of enemies including the Spartan vs Elites mode where the player can be elites as meaning it could get messy. Players playing as the elites get unlimited lives opposed to the Spartans and after each round both teams swap roles. Theatre as always, is in Reach but without the addition of friends. The multiplayer aspect of Halo Reach is what it was expected, plain mindless fun with heaps of new modes and some new maps, Multiplayer for Reach is a pleasure to play with no lag. Halo Reach is a game of perfection, skill and fun. The campaign is fresh, intense and epic. The multiplayer is fun, enjoyable and heaps of content. The gameplay is solid with much better feeling guns and a gritty atmosphere that shows the fall of Reach. The campaign up the last mission (which was the most epic) was one of the best in the genre. Online it is the same. Fun fast paced and head on killing is what Halo is famous for. New assassinations animations look great but may take some time to complete. Future games such as Medal of Honor or Black ops have a tough battle with Halo Reach being so perfect. As Bungie’s last Halo game before possibly the destruction of the Halo name with 343, Halo Reach is definitely a great game to end the brilliant Halo series on. 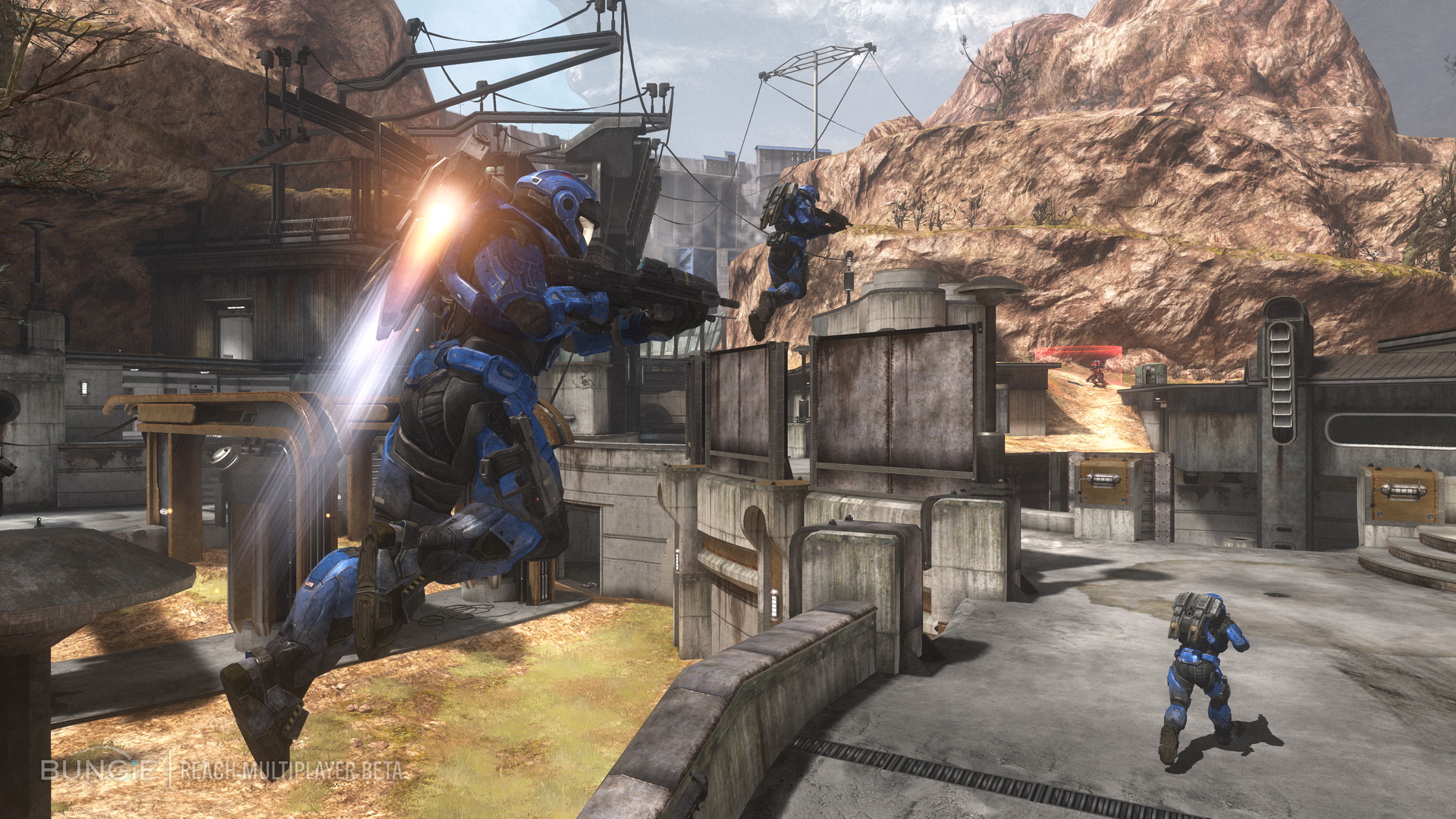 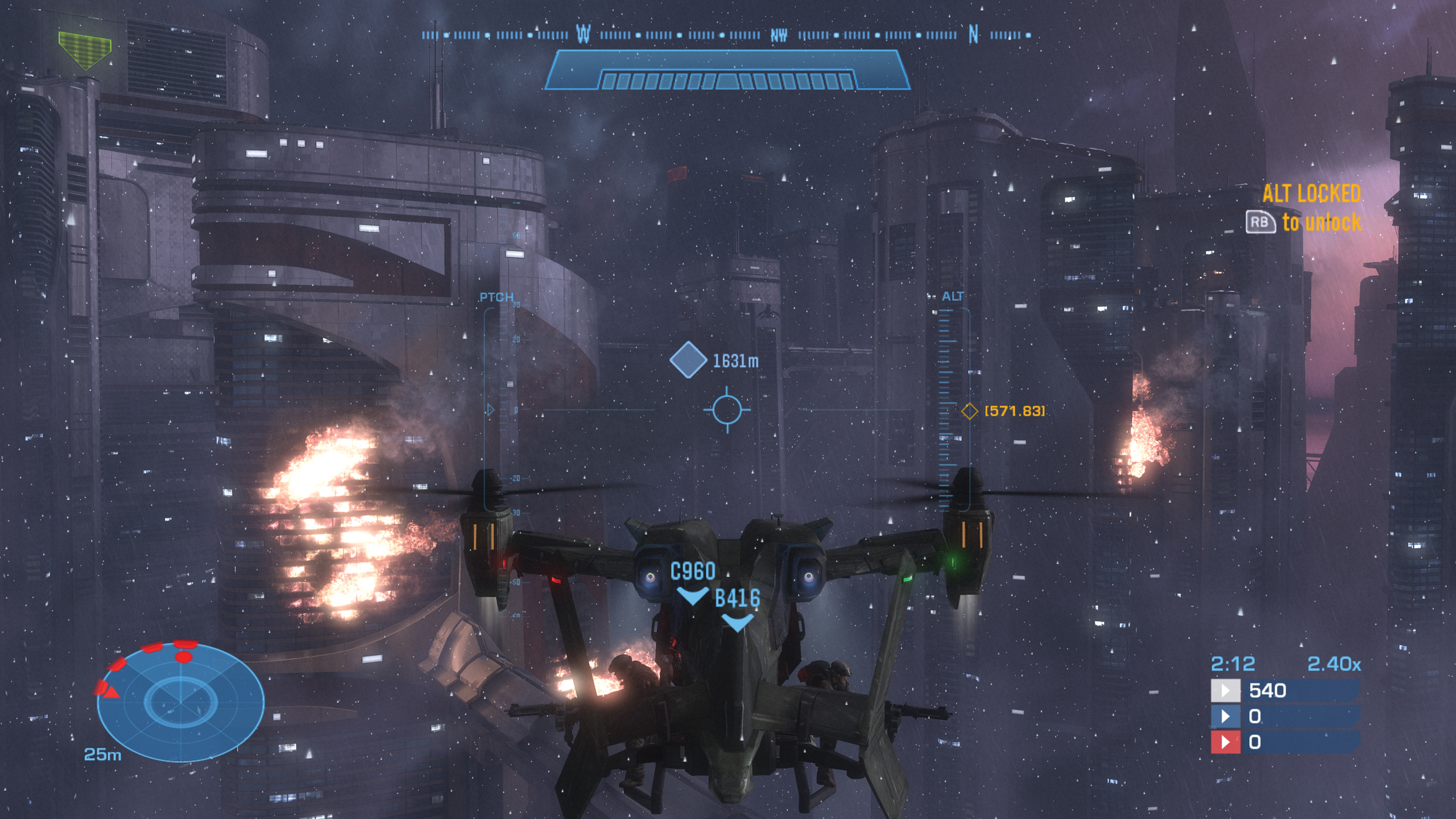 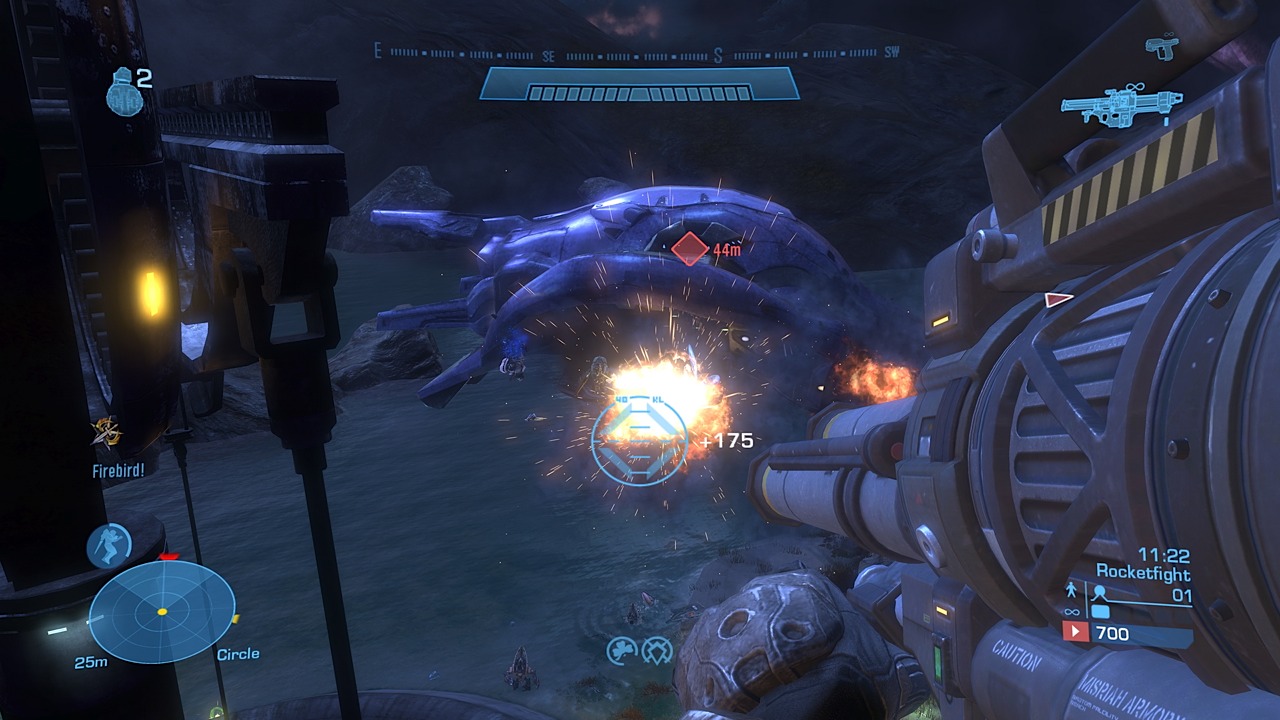 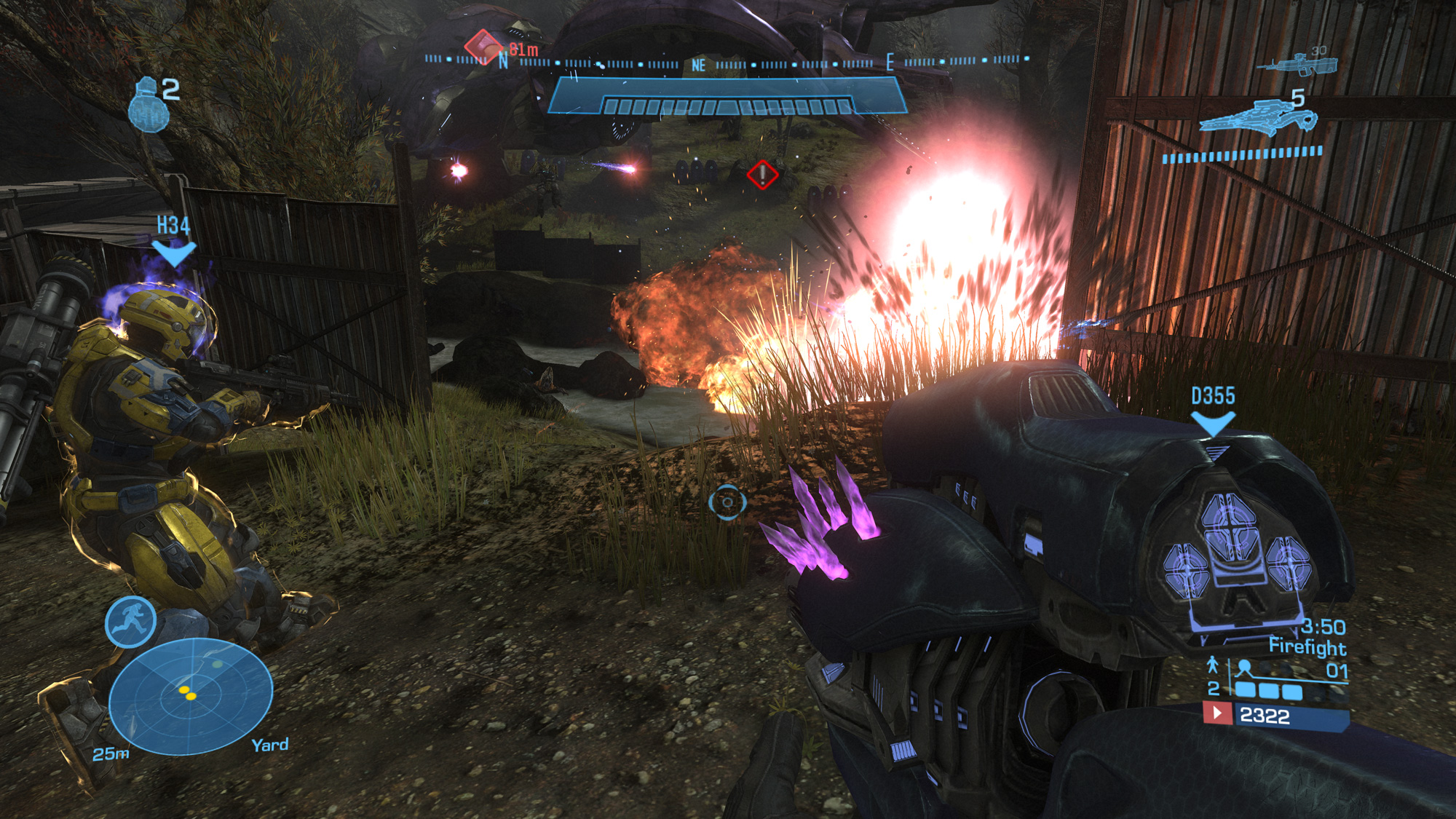 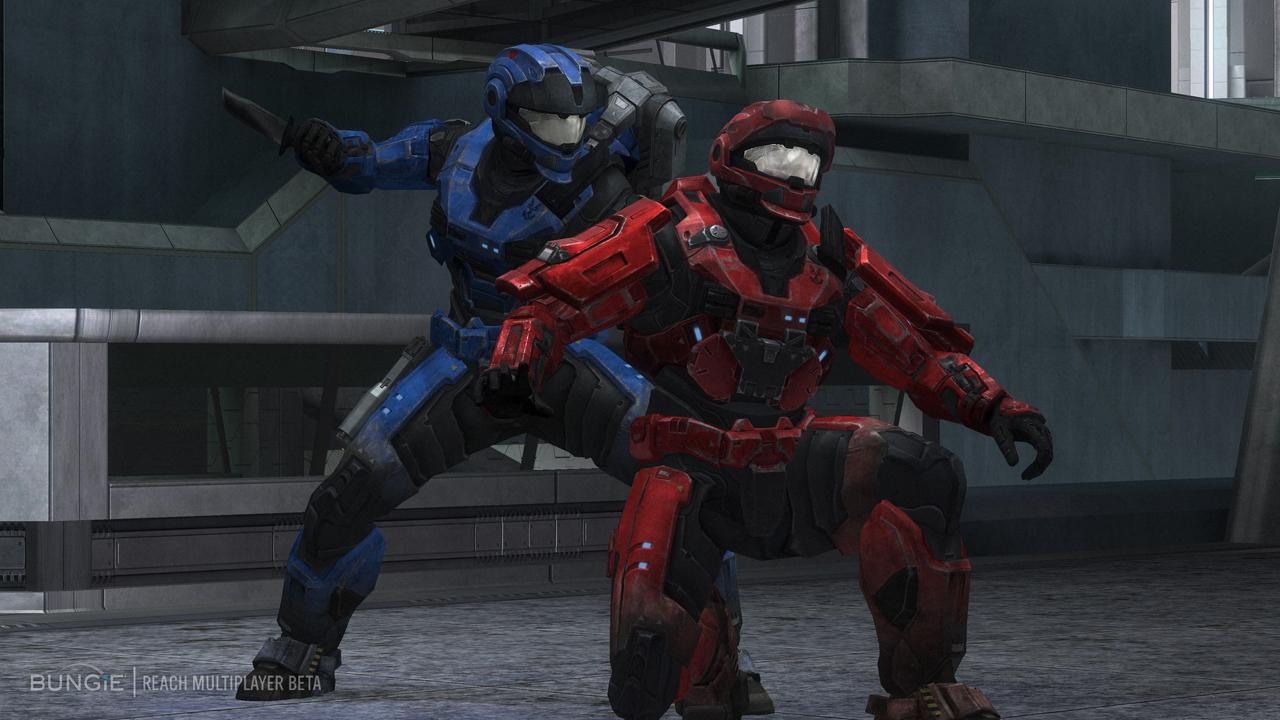 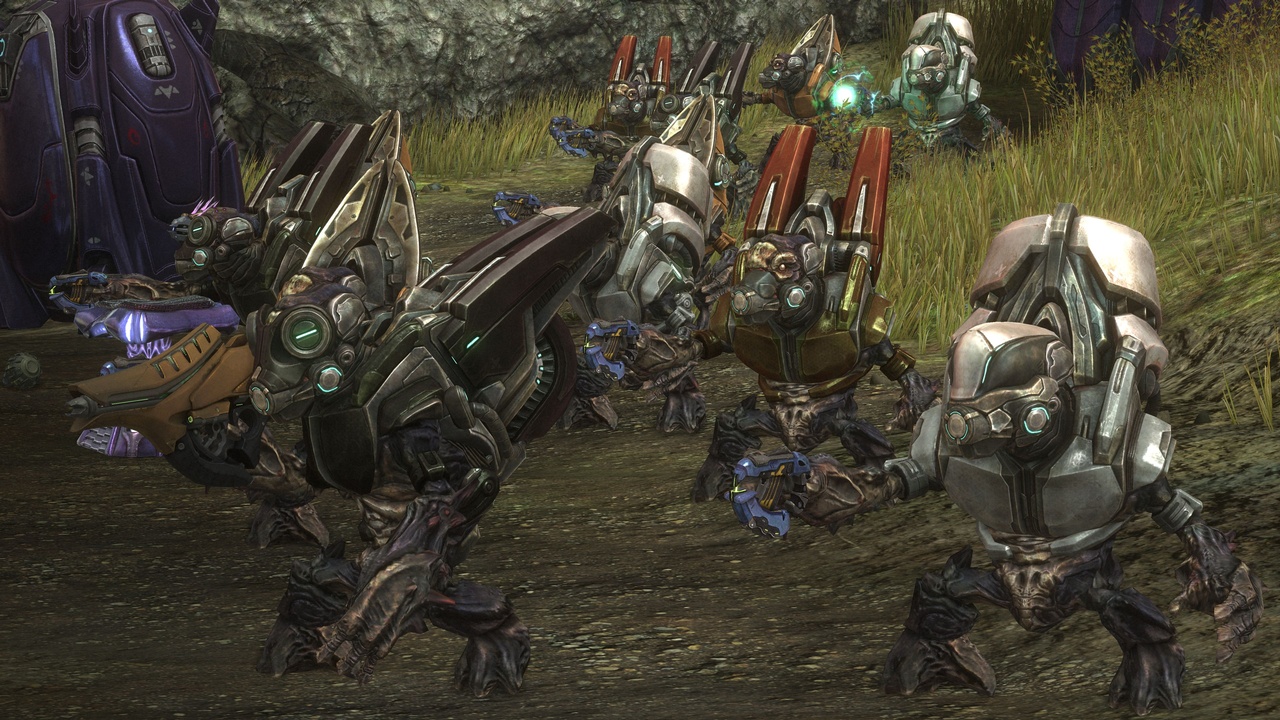