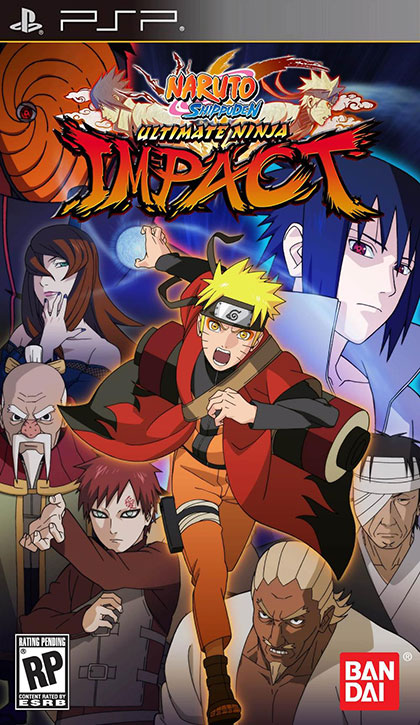 The popularity of Naruto Shippuden: Ultimate Ninja Storm 2 on the main consoles has caused CyberConnect2 to release a sort of spin-off on the PSP. Ninja Storm 2 received positive reviews for amazing graphics, great control and a very lengthy campaign. Whilst Storm 2 was a 1 on 1 fighting game, Impact takes a different approach to the Naruto universe by adding tons of enemies on screen, and giving it a Dynasty Warriors feel. But will the controls and gameplay transfer over properly on the small portable device?

As of any Shippuden game it follows the anime’s main arcs (no crappy fillers) from the beginning of Naruto’s return to the new Five Kage Summit Arc. You’ll traversing many of the shows popular locations, seeing and fighting some of the most popular characters and battle them with awesome techniques and jitsu. It is quite evidently that this game is for fans of the show for the story, but even if I am a fan, it’s the gameplay that kept me coming back for more. 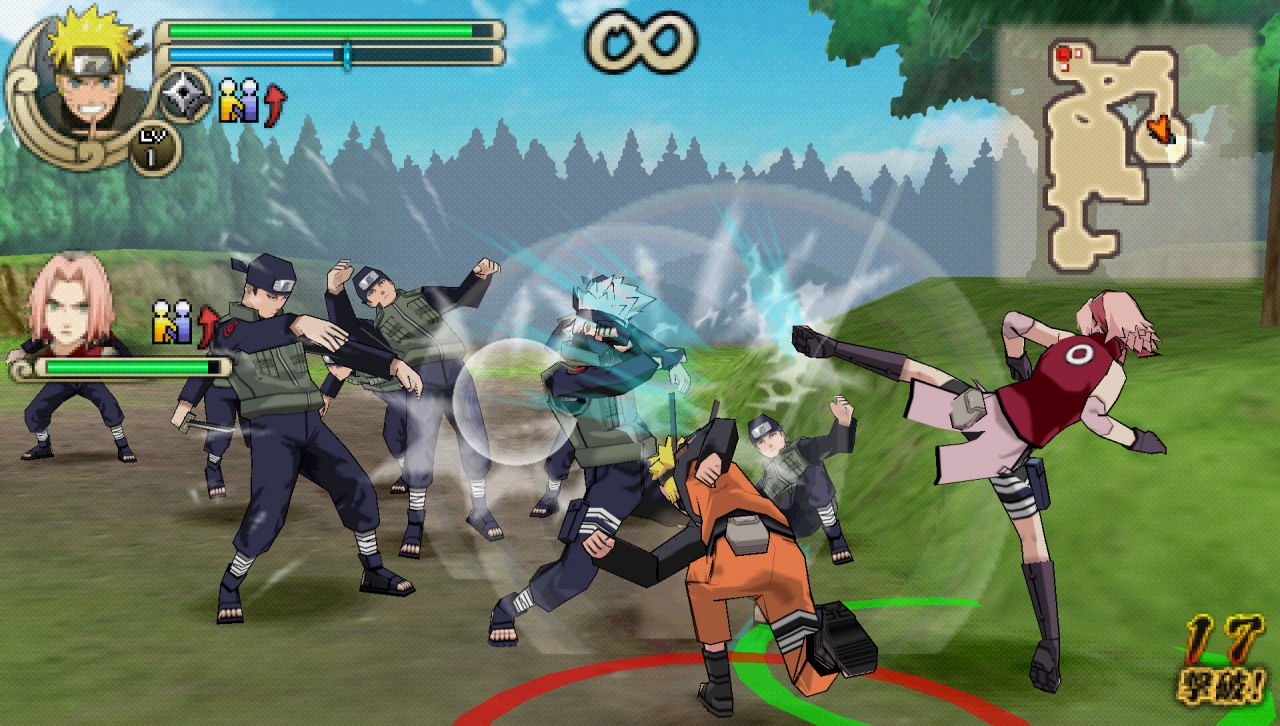 Playing as one of many recognisable characters from the show, you’ll be relentlessly beating up different types of ninjas throughout the 8 stages of the campaign (Ultimate Road). Each stage is made up of different scenarios with either a shop, a battle, dialogue or some treasure. There are a few of these scenarios in each stage and each stage can be completed to a 100% rating. This means buying everything from the shop, completing all battles, collecting everything and so forth. To get 100% in the stages requires time and dedication.

Dynasty Warrior veterans will feel at home here, as the controls are basically a duplicate from the series. Characters can unleash long combos dealing damage to many foes with the normal attack, but there’s also the special which changes the combo into a more deadly flourish. These special attacks use the chakra bar which you can easily replenish by holding triangle. The special attacks differ depending on the character, the length of the combo and if it is ground or air. There is also something called awakening mode- your ultimate form. To get to the ultimate form the awakening bar next to the character’s portrait will need to be filled, by killing enemies. The ultimate mode rewards the player with immense abilities also showed on the show, but is limited to the duration or the depleting bar.

You can also initiate devastating finishers by double taping triangle and then attack, these finishers are very risky since they take time to set up and have a limited range as well as requiring a massive amount of chakra. These deal great damage to the person it hits and may deal damage to enemies around him. Along with awesome combos are some cheap items you can throw, such as kunais and shurikens. I am a fan of Dynasty Warriors, the ability to cut down hundreds and thousands of units in a matter of minutes- all without slowing down. Sure it may be repetitive, but I quite enjoy that style. One way that Impact tries to break up the repetitiveness is by using quick time events, as seen in Ninja Storm 2. The quick time events are only in few but nonetheless look amazing. 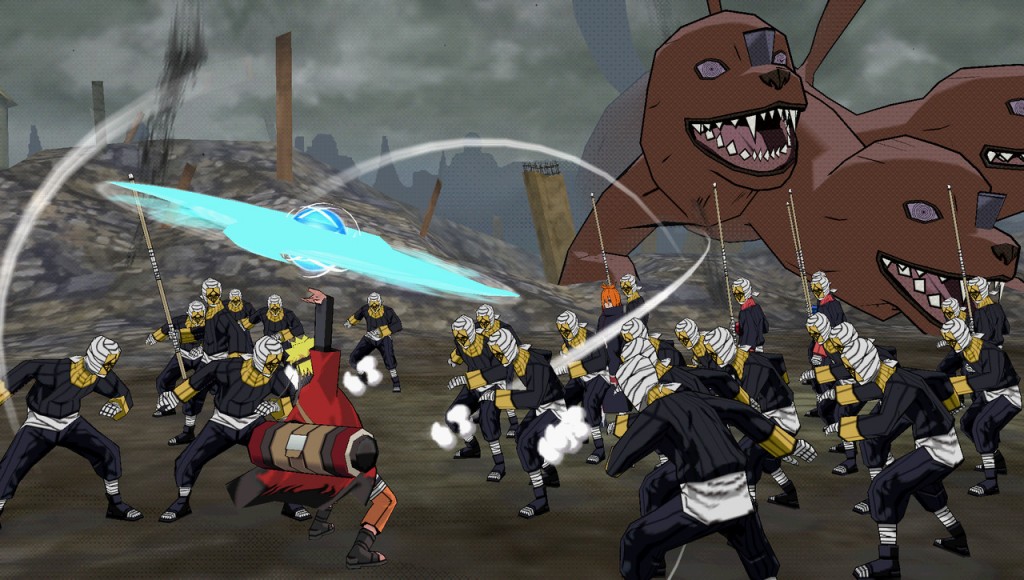 In most battles you won’t be fighting alone but rather fight with an Ai. The Ai friends are bad at almost everything, they don’t follow you around the map, they fight many enemies and you have to babysit them- if they die its game over. The enemy Ai itself is about average and very easy to beat. If you want a good challenge play this on the harder difficulties. But the harder difficulties aren’t unlocked straight from the get-go- which brings us to the next new feature- cards.

Cards can be equipped on every character and provide either a boost or a new ability to certain characters. There are cards to increase the amount of chakra, the strength and maximum health. Then again, there are also cards that change the awakening and new combos. Obtaining a card requires you to collect all the pieces to the specific card- whether its 4, 8 or 10 pieces. Card pieces are obtained from finishing battles with a certain rank- S will give you 10 pieces and it decreases per rank. Once the card is obtained, you can equip to the characters, but not just any character. Some cards are restricted to certain characters while some are open to all. There are also character cards which unlocked once the character itself is unlocked as well. Theses character cards are only meant for that particular person but once used enough will remove the limit of the card and it will be available to everyone. There are 4 slots to equip these cards so choose wisely. 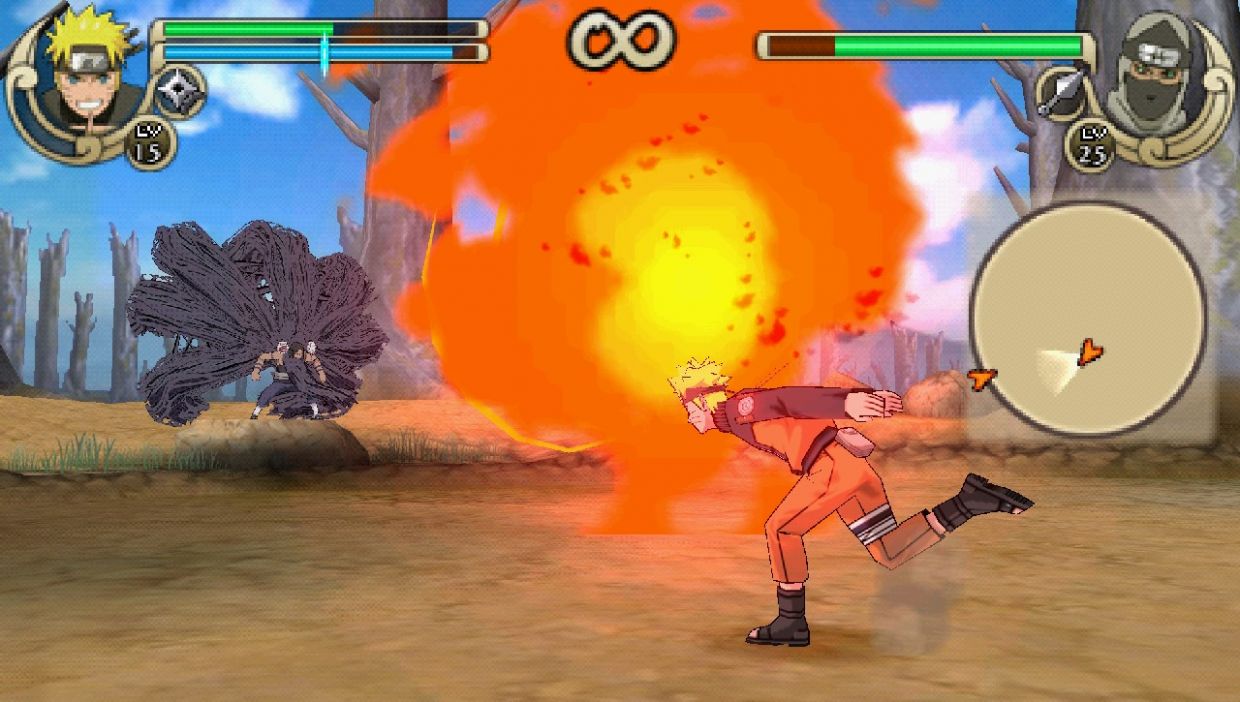 Ultimate Ninja Impact also features a co-op feature, but is limited to ad-hoc. Despite this you can have tons of fun with your friend, regarding he has a PSP and the game since it doesn’t include game sharing. Though, the game does not provide any competitive multiplayer which is kind of a shame. But there are tag missions to undertake with your friend or with an Ai and these are generally missions combing some tough enemies and opponents, so teamwork is kind of key here. All the unlocked levels of your character in the campaign as well as cards can be used online. Despite the lack of awakening in the missions, all the tag missions are just as a challenge and to increase your level. But nonetheless it is a blast to play with the fun combat and companion.

Naruto Shippūden: Ultimate Ninja Impact is a welcome addition to the series with its new direction it could spawn its own. The game is fun and lengthy and includes some bonus missions for added replay. The co-op is great fun but some competitive would’ve been better. There are a ton of unlockables from over 300 cards to the gallery of pictures and music. Impact is a fun simple game full of flourishes and fan service. 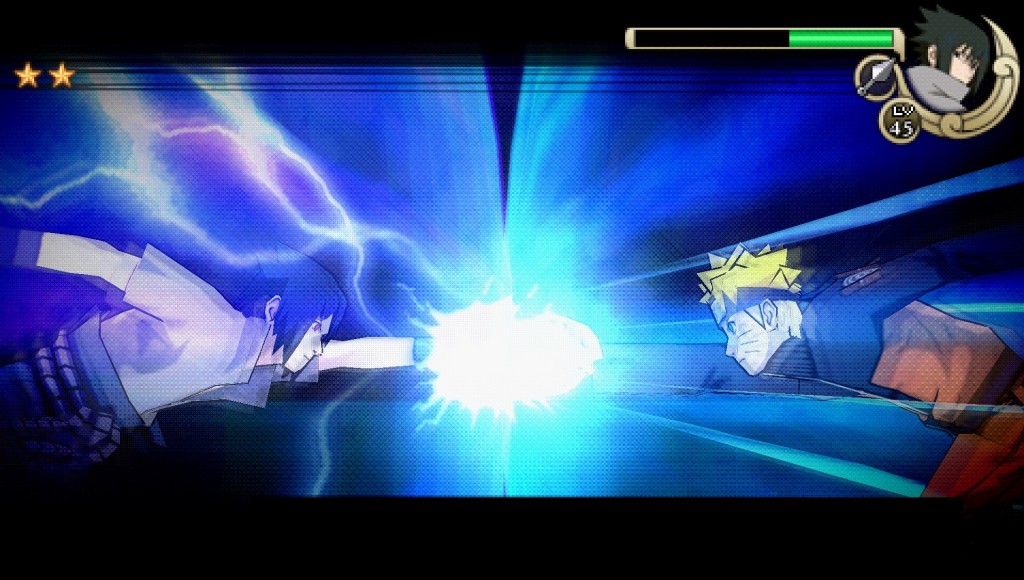 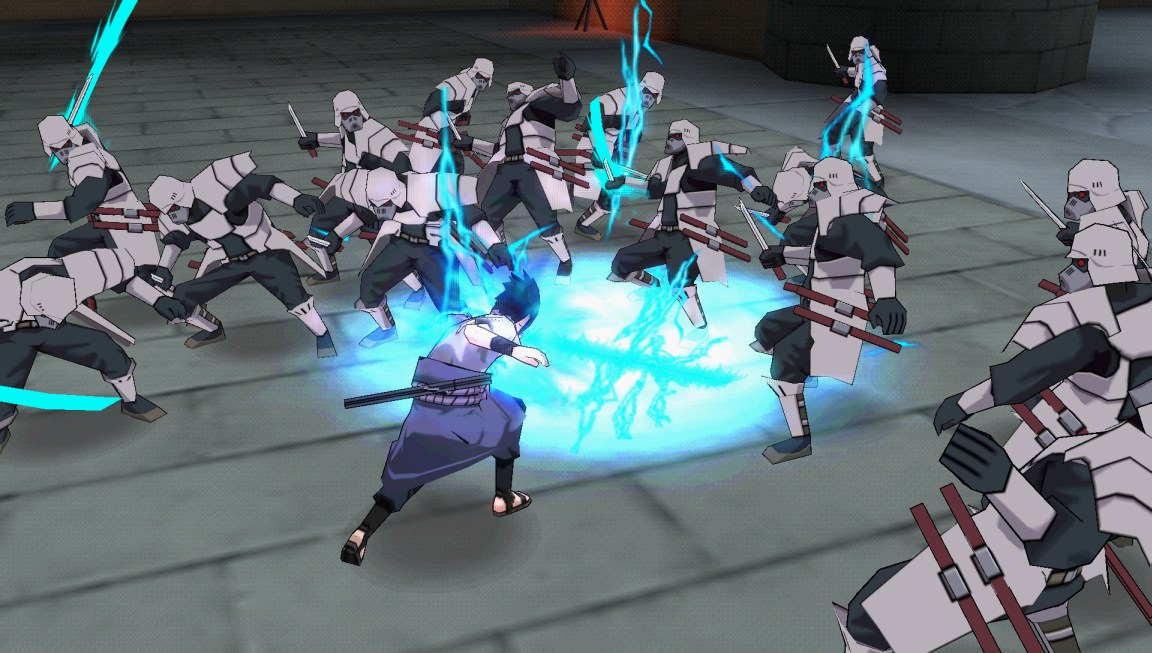 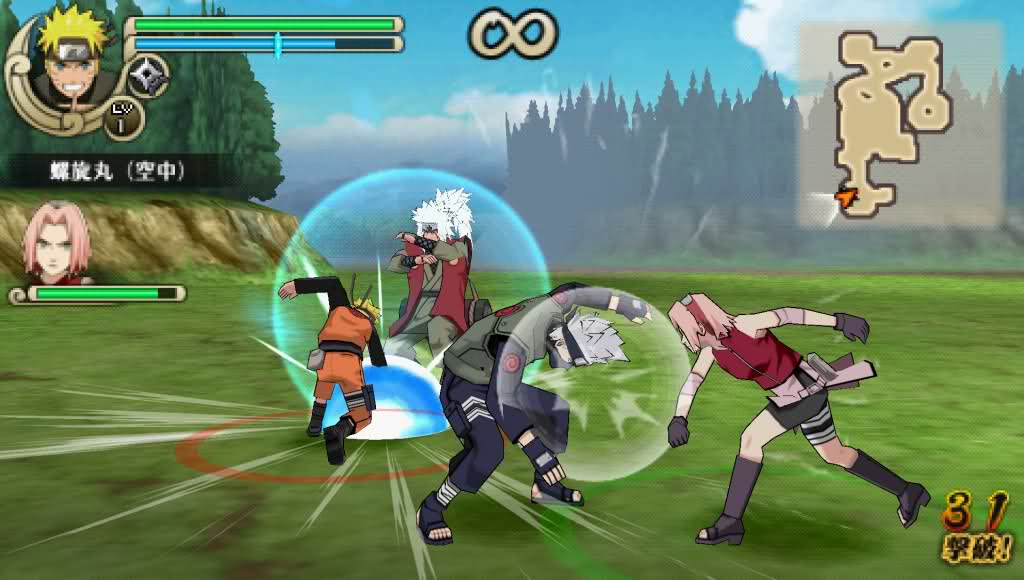 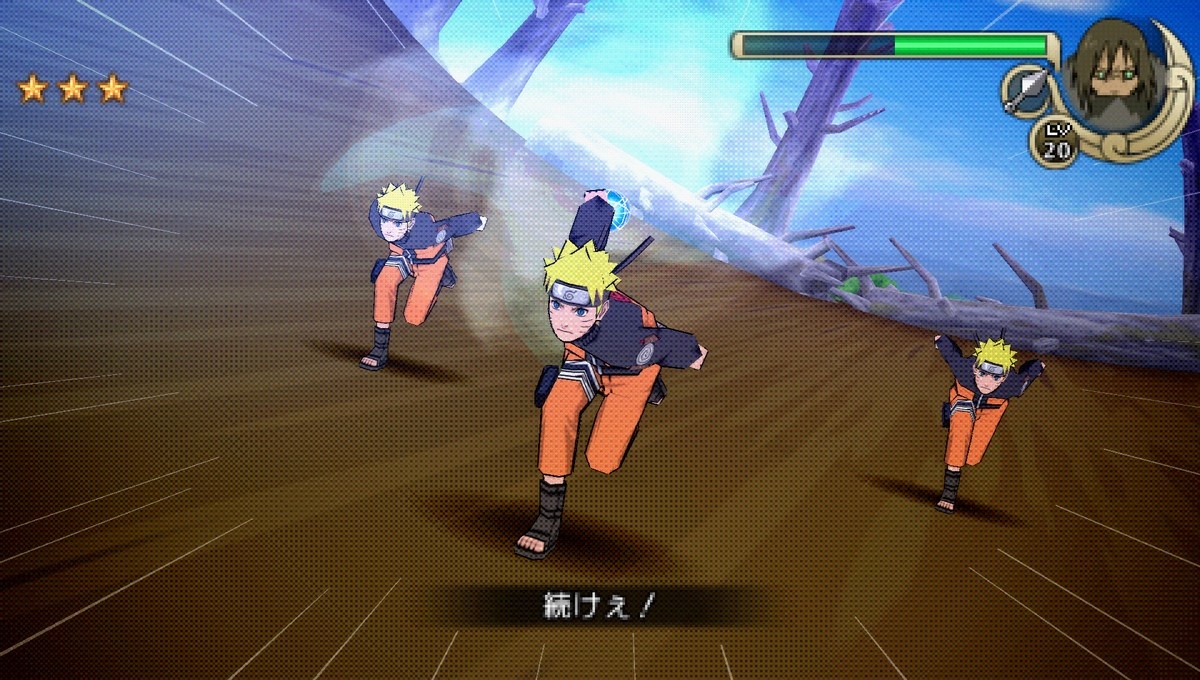 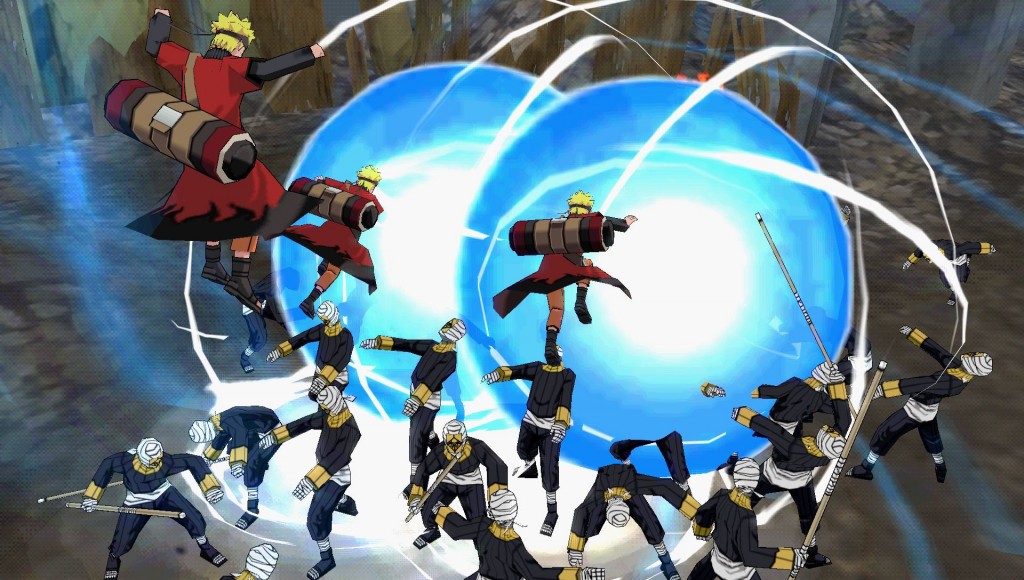 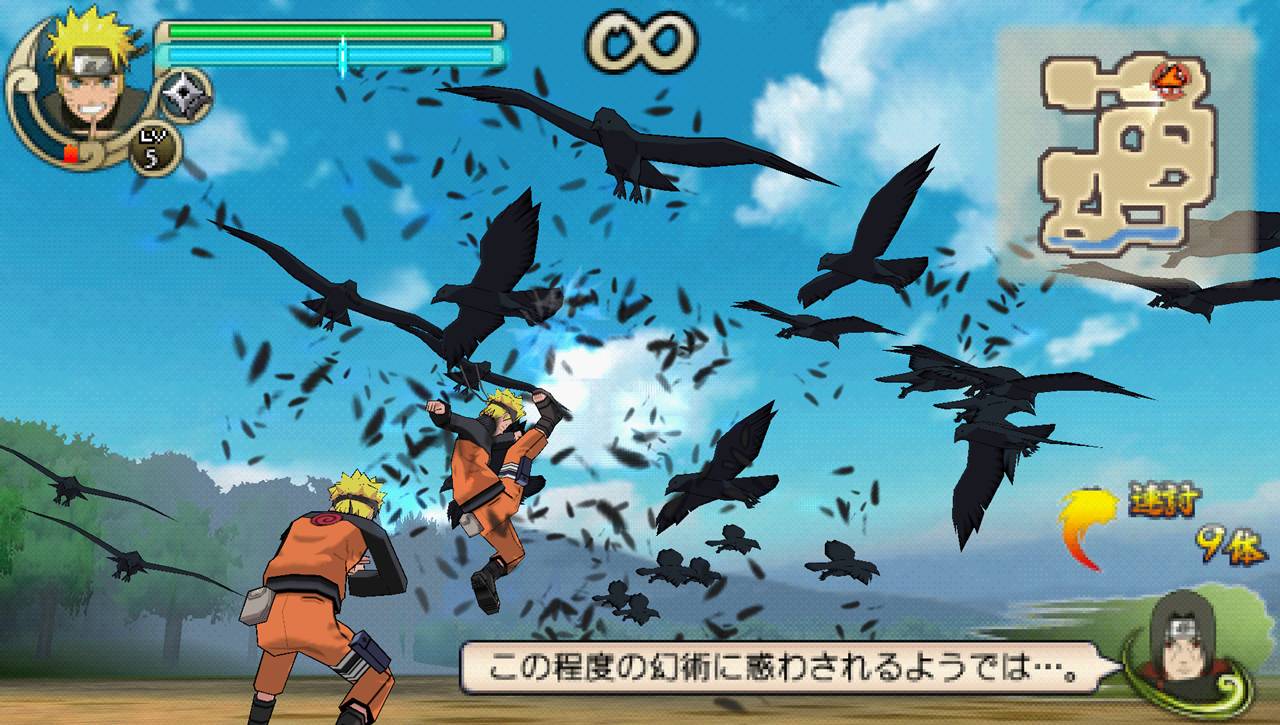