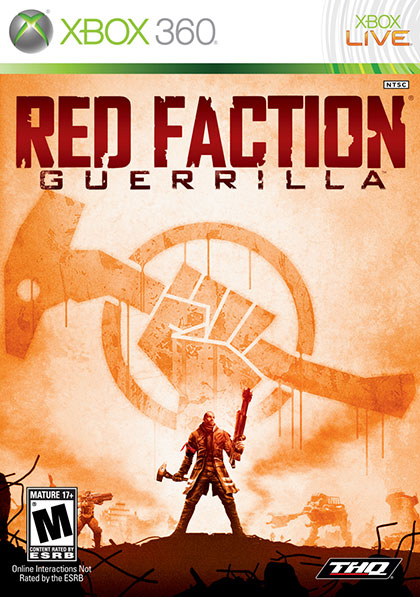 First of all, Red Faction: Guerrilla is a overall fun game with decent qualities such as a decent game engine (Geo Mod 2.0), fun and powerful weapons, exciting missions but is clogged down with some serious issues like extremely thin story, poor cover system, terrible driving mechanics and repetition.

The Geo Mod engine was heavily hyped but failed during the first Red Faction game because the explosives were highly limited. Red Faction: Guerrilla successfully employed the Geo Mod 2.0 engine to good use, in this game you can actually take down any structure you can see, (Man-Made of Course). The Geo Mod engine is great and provides hours of fun smacking and whacking down buildings with explosives and tools such as demo charges and the sledgehammer. So, Red Faction’s engine is superb and does not feature much faults.

The weapons of Red Faction, are surely to be commendable. Fearful makeshift weapons such as grinders and rocket launchers are great fun to use, especially useful to knock down buildings or smash through the enemy. Weapons such as a nano-tech rifle, grinder, assault rifle, automatic shotgun, rocket launcher, demolition charges, electrical rifle ect, are all fun weapons to use. 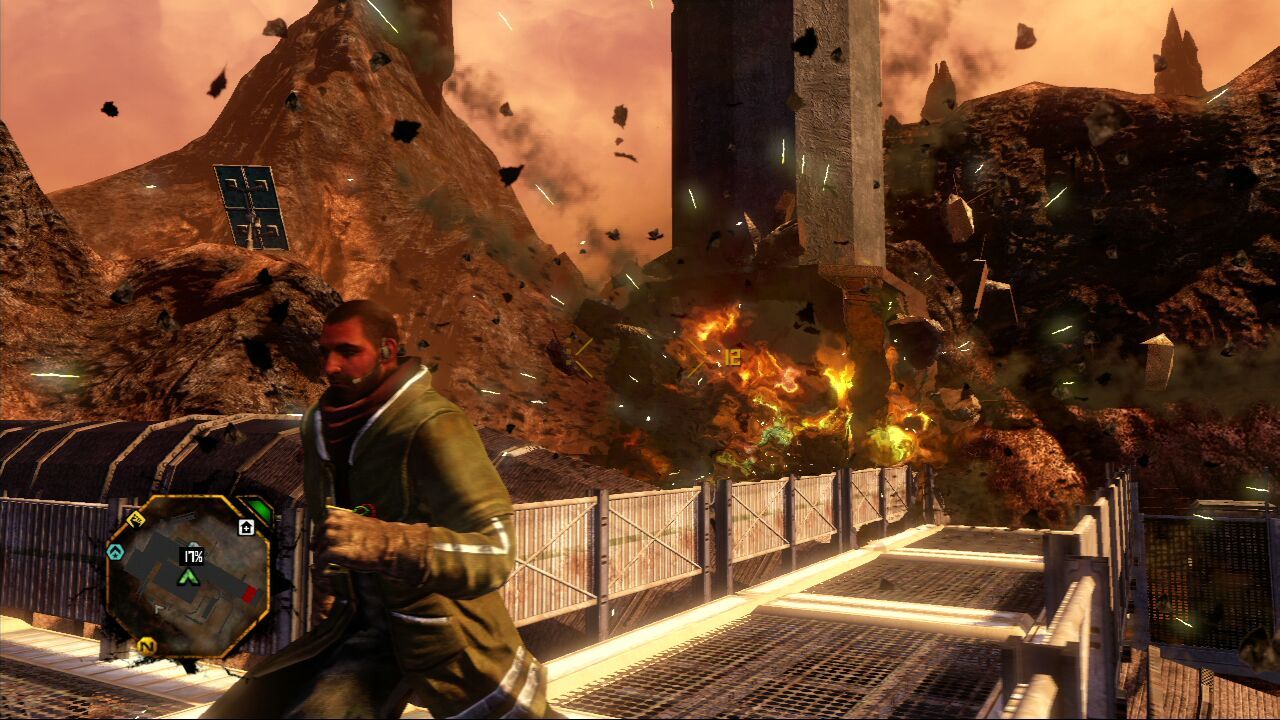 The story is truly a let-down! The story is so thin, a six year old could’ve created it. The plot is very thin, and when you play through the game you’ll wonder whats happening, and what now? The plot-line could’ve been more more improved.

The cover system in this game is another falling point. The decision to incorporate the running button and the cover button together, is a horrific decision. When you’re being mowed down by enemy fire and furiously looking for cover, you’ll find it very hard to stick behind it. You’ll most likely give up trying to stick to cover, and decide to duck behind a box then get killed when someone decides to shoot you in the leg with a shotgun. 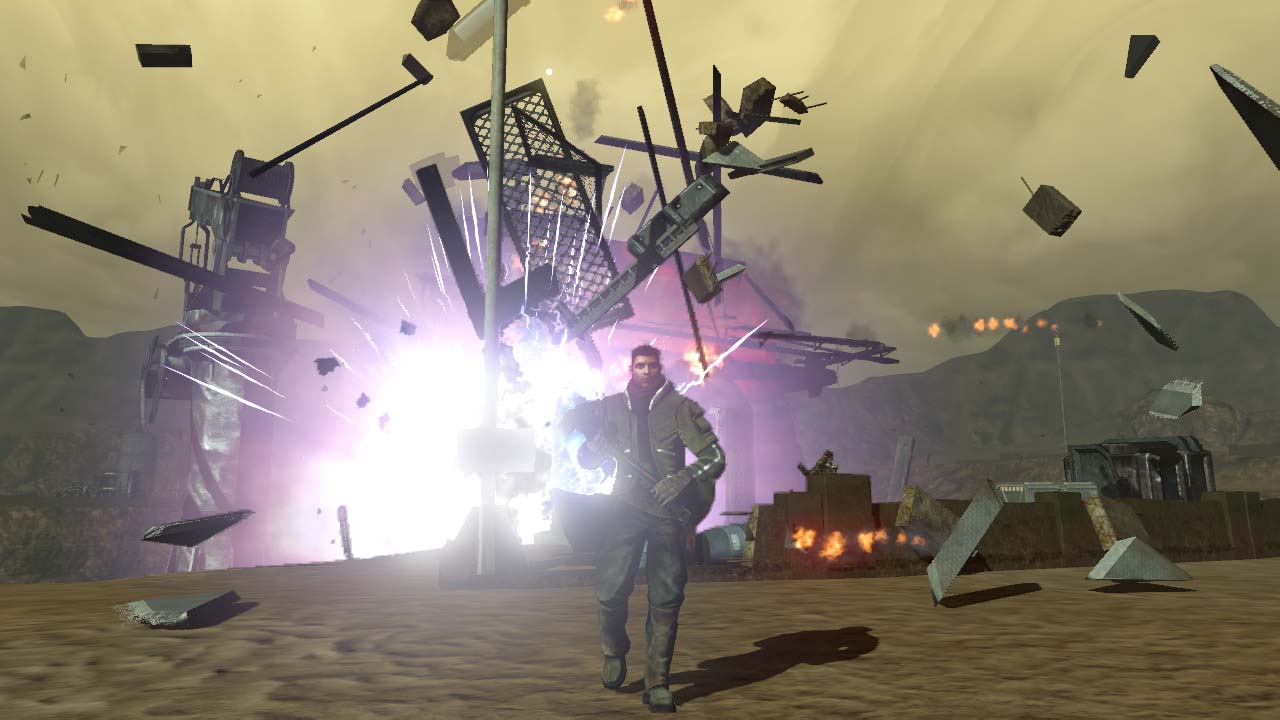 The driving system is another poor feature in the game. Red Faction: Guerrilla has a number of vehicles, you may commandeer but the driving mechanics are a bit of a fail. The steering is poorly crafted and so is the handbrake. The driving is fairly unrealistic as well.

The multiplayer aspect of Red Faction Guerrilla is just fun to play. There are 6 game modes to play and most of them involve blowing things up, which everyone loves. The game modes range from the typical Deathmatch, Team deathmatch and capture the flag. The other ones include defending your objects from being destroyed to controlling places on the map. The Geo-Mod 2 engine is present here as well, so making explosions even more fun.

With many other multiplayer games you can customise your character’s look with the characters from the single player campaign. The best thing about the multiplayer is the different types of jet packs available to use. Unlike the jetpack in single player the jest packs have different abilities, such as launching a sonic boom, destroying anything around you and to a rhino charging jet pack, which makes everything you charge into crumble. The multiplayer also has a spectator mode, which lets you watch all the action taking place. 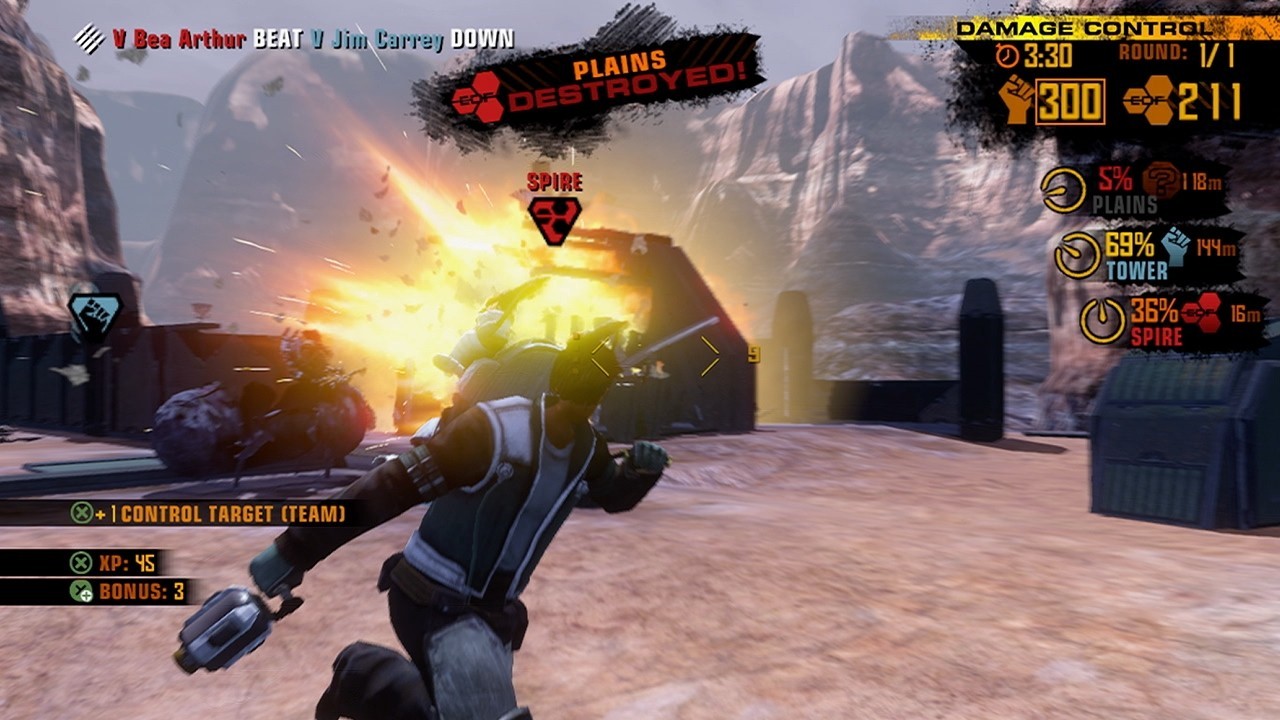 All the weapons from the single player are present in multiplayer as well. There are ranks in multiplayer which is similar to FPS games. Win more matches and kill more noobs, you gain EXP in which you can level up gaining you more unlocks and mayhem. The multiplayer is just so fun, so if you aren’t happy with single player hop online and test out the cool jet packs and many explosions.

Overall, Red Faction is a game that every gamer should give a try! Sure, it may get repetitive and does not have the best cover system, it does provide many hours of fun. The online is the best part and is a must try if you have the game. You should give the game a play. 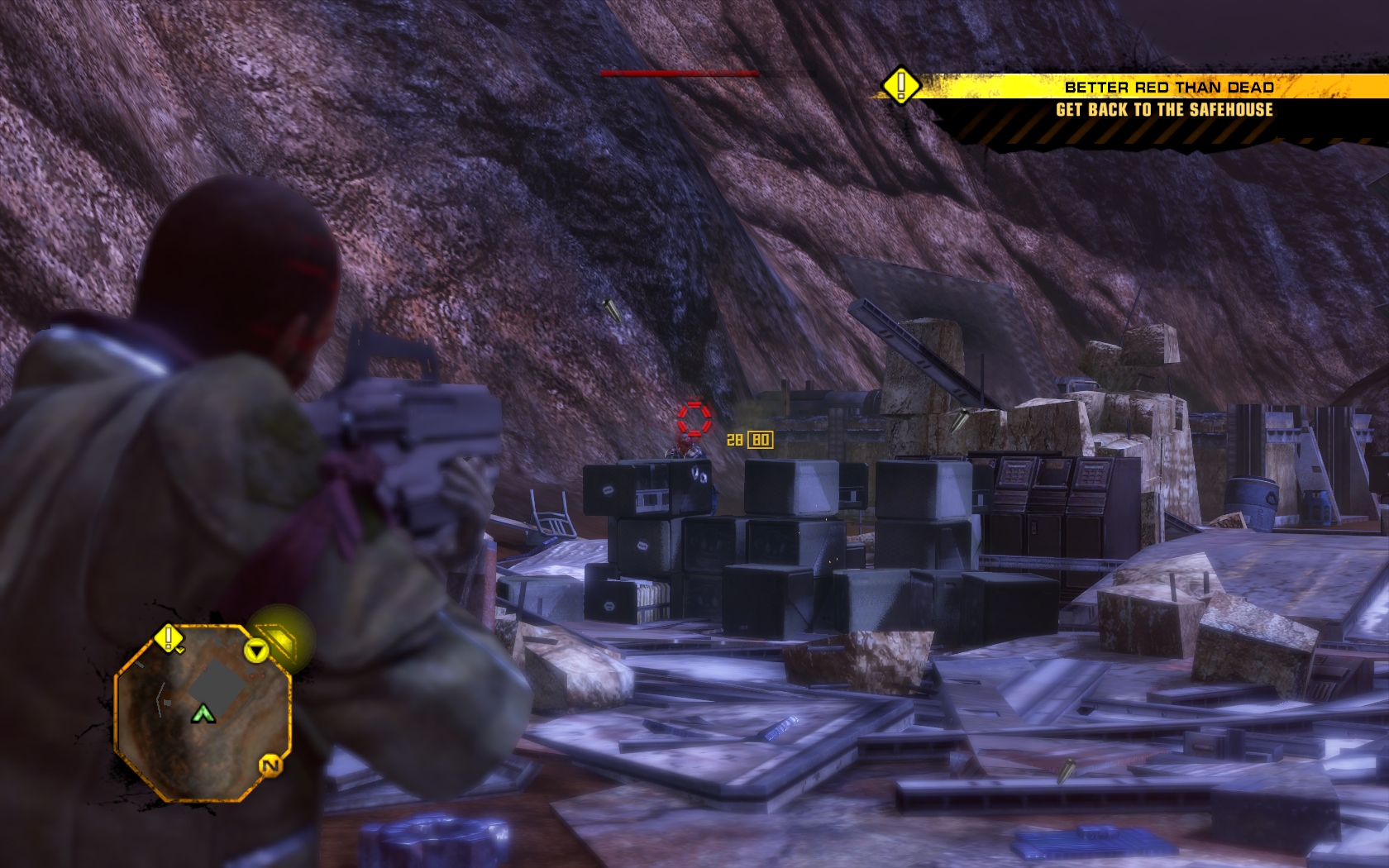 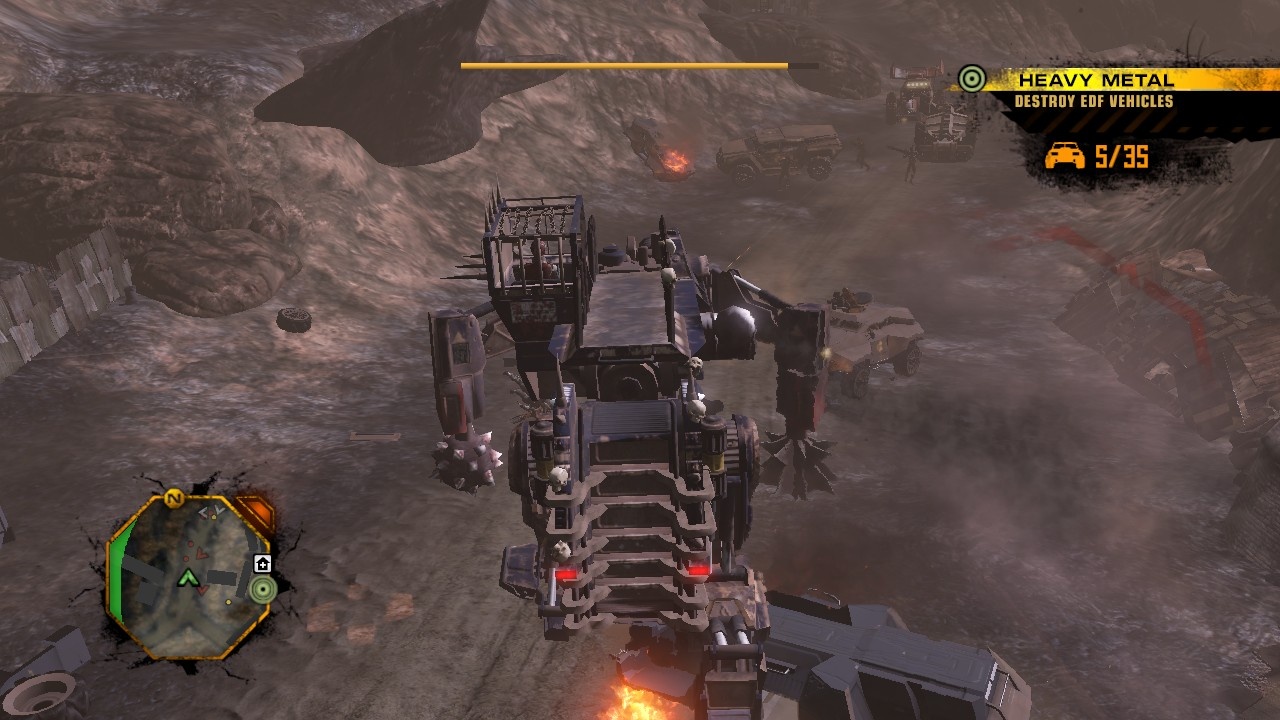 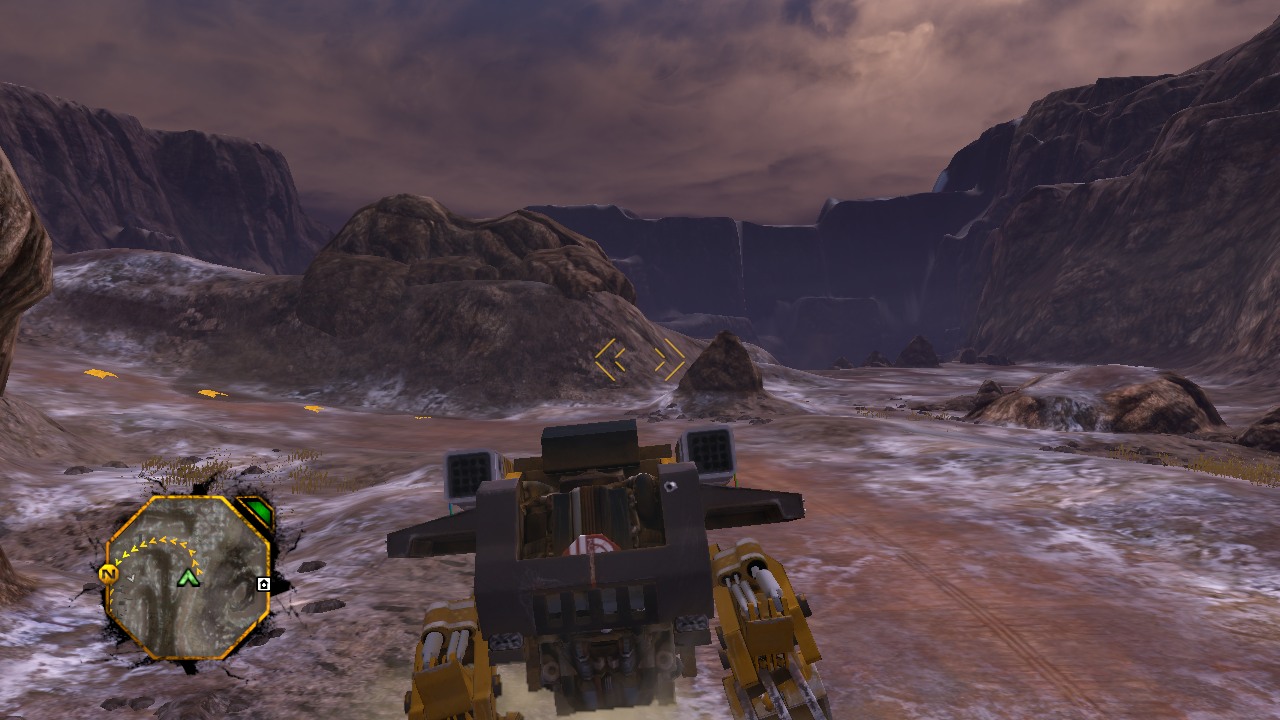 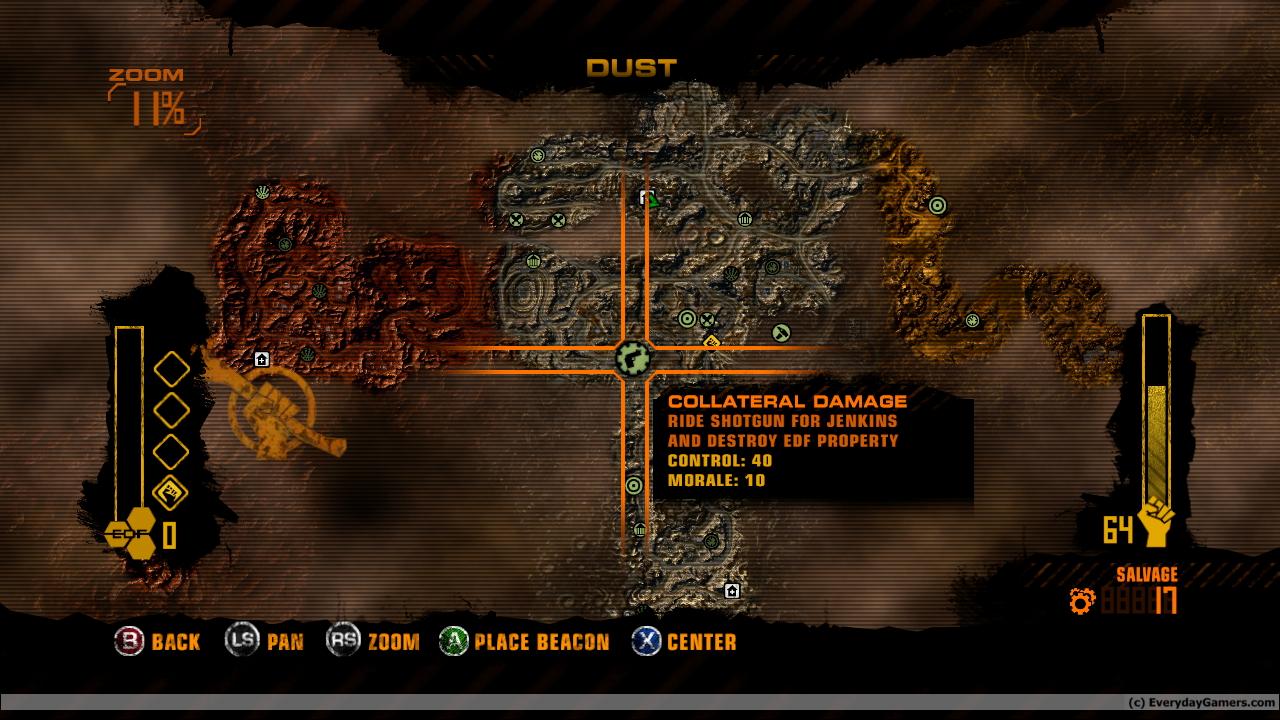 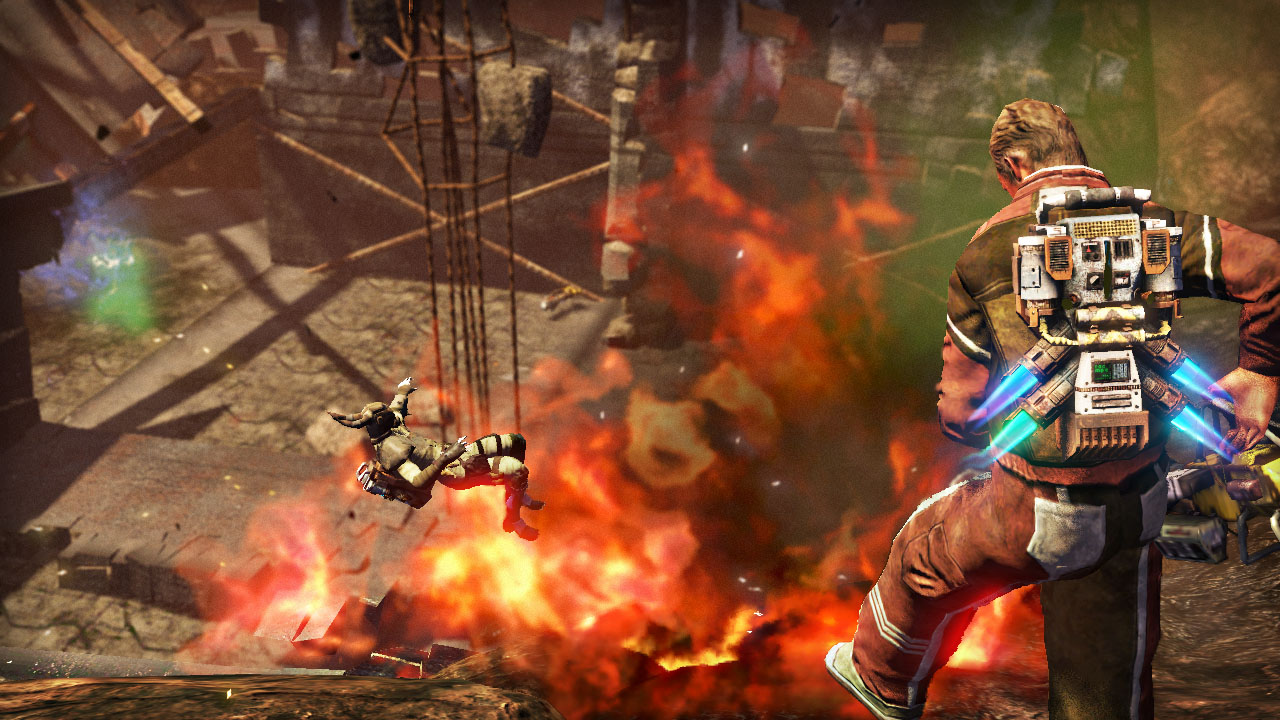 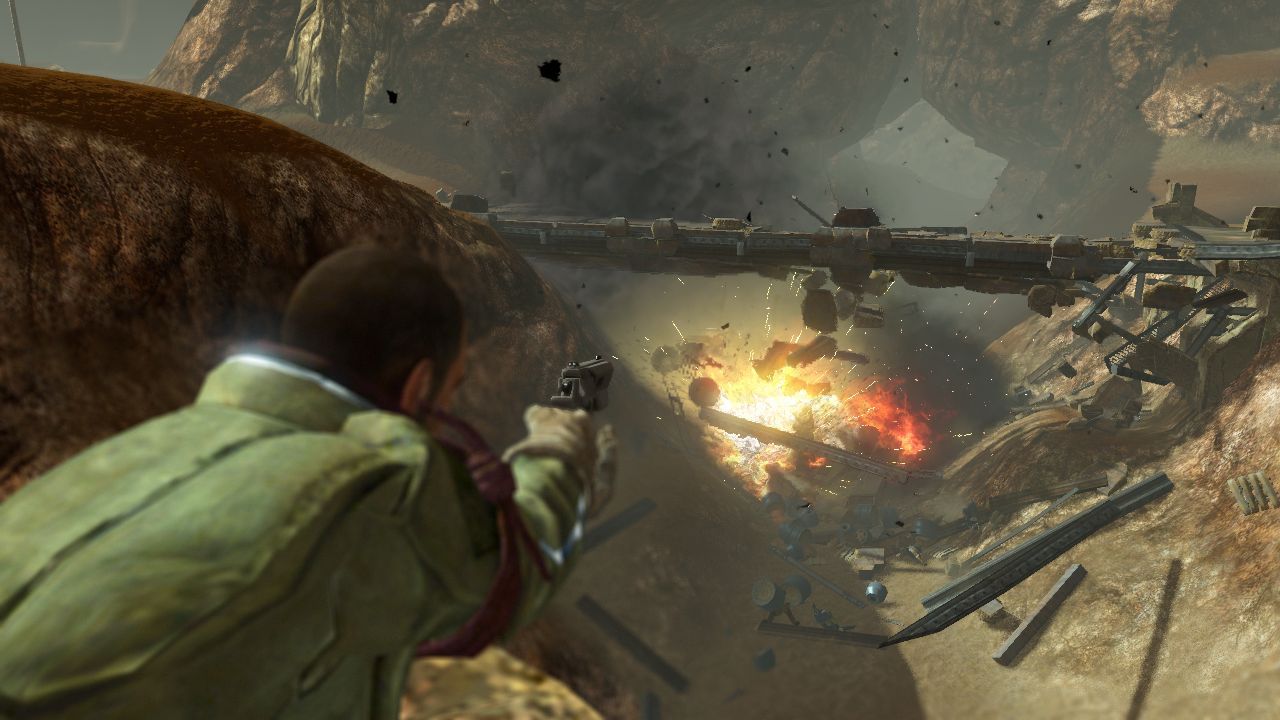