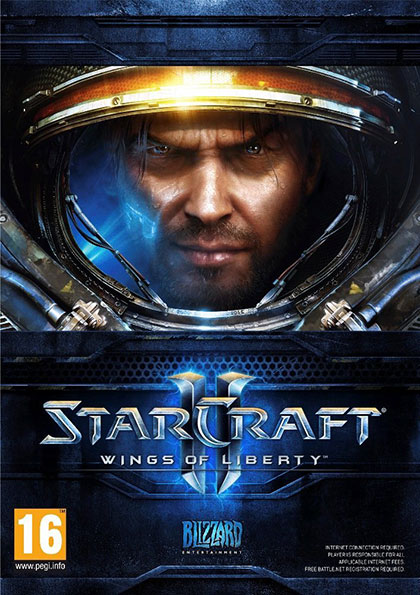 Many countries have their national sport, England- soccer, Canada- Hockey, South Korea- StarCraft. For you who don’t know what StarCraft is, it is a real-time Strategy game which means playing chess but in real time, not taking turns. Usually in these games you would build bases and create units and defeat your enemy. StarCraft which was released in 1998 popularize the entire genre and giving South Korea a sport to dominate in. Many games and series have adapted the fast gameplay of StarCraft such as Company of Heroes and Dawn of War. After 12 grueling years of speculation for a sequel, Blizzard Entertainment has finally released the anticipated StarCraft II: Wings of Liberty.

Wings of Liberty is set right after the expansion to StarCraft, Brood War. Wings of Liberty stars Jim Raynor, the leader of Raynor’s Raiders, Tychus Findlay a marine and friend of Jim, Matt Horner the captain of Jim’s ship Hyperion, Sarah Kerrigan the leader of the Zerg, Zeratul a Protoss Dark Templar and Arcturus Mengsk former friend of Jim but now leader of the Terran Dominion a dictatorship. The story starts off as Jim Raynor leads his marines to attack a Dominion’s base and liberating fellow refugees. After a meeting with Tychus at Jim’s bar, Tychus suggest collecting ancient objects called the Xel’Naga Artifacts which Tychus’ contact will pay a lot for. After collecting the artifact the Zerg start attacking the planet only to be rescued by Matt in the Hyperion, a massive spaceship. Jim then learns that the Dominion have now left the planet and returned to the core worlds and letting other planets defend of themselves. And the Zerg invasion has started and they are attacking all the Terran worlds. 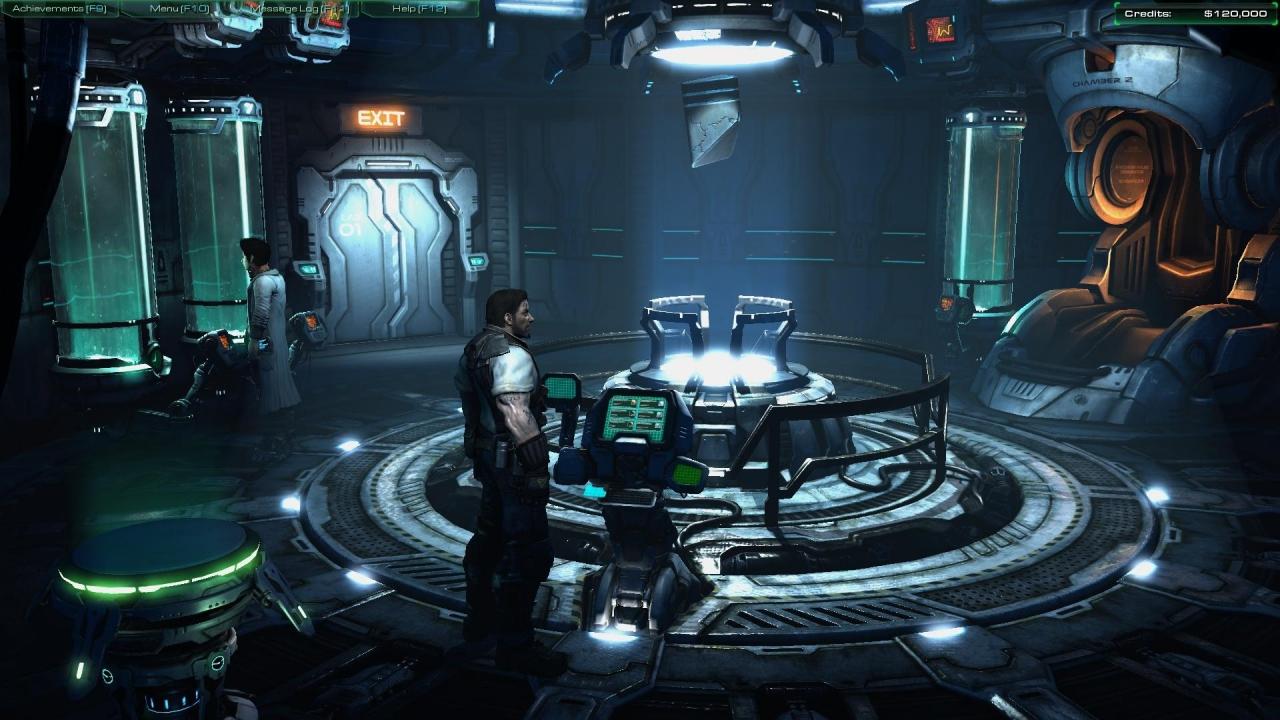 The story for StarCraft II: Wings of Liberty only focuses on the Terran, so you won’t be able play as the Zerg or Protoss (expect for a few missions you can play as the Protoss and Zeratul). Despite this, the overall campaign and story for Wings of Liberty is fantastic. You really get into the campaign and you much more involved especially when you choose which missions to play on the Hyperion. You can choose to take missions from Matt, Tychus or distress calls from other planets. Most of the time the missions involved eliminating the Zerg and you very rarely fight the Protoss. Missions have heaps of Varity to keep you thinking of new strategies and keep you from boredom. The missions range from attacking to defending and surviving. One of the missions pits you against infected humans who only come out at night, so by day you will have to go into their base and destroy the infected buildings while by night you have to defend your base from them. In the missions succeeding you will always receive new types of units, which makes completing heaps of missions fun and rewarding. Completing missions will reward you permanent control of the new type of unit and credit reward which you use to upgrade units in the armory. Most of the missions in the campaign do take a long time which can get on your nerves, sitting for a 20 minute mission and just to lose is very frustrating, especially if you have to try again. These missions encourage you to use different techniques for the biggest obstacle, Multiplayer.

The Hyperion is the place for everything. You use the star map in the bridge to select and participate in missions, which you usually have 3 planets to choose from. There is also a data log on the bridge for you to replay missions or cut scenes. There is a bar like place called cantina which has a computer to let you recruit mercenaries, watch TV, listen to the jukebox and a small arcade machine. The armory is where you can upgrade units, vehicle, buildings and ships. The armory is also where you can view information about some units which can be seen in the armory. The last place to interact is the lab, where you can upgrade equipment from pieces of research salvage from missions. These either Zerg or Protoss will be fused with your equipment and upgrade them, but choose wisely you get from 2 options and can only select one, while the other cannot be researched again. 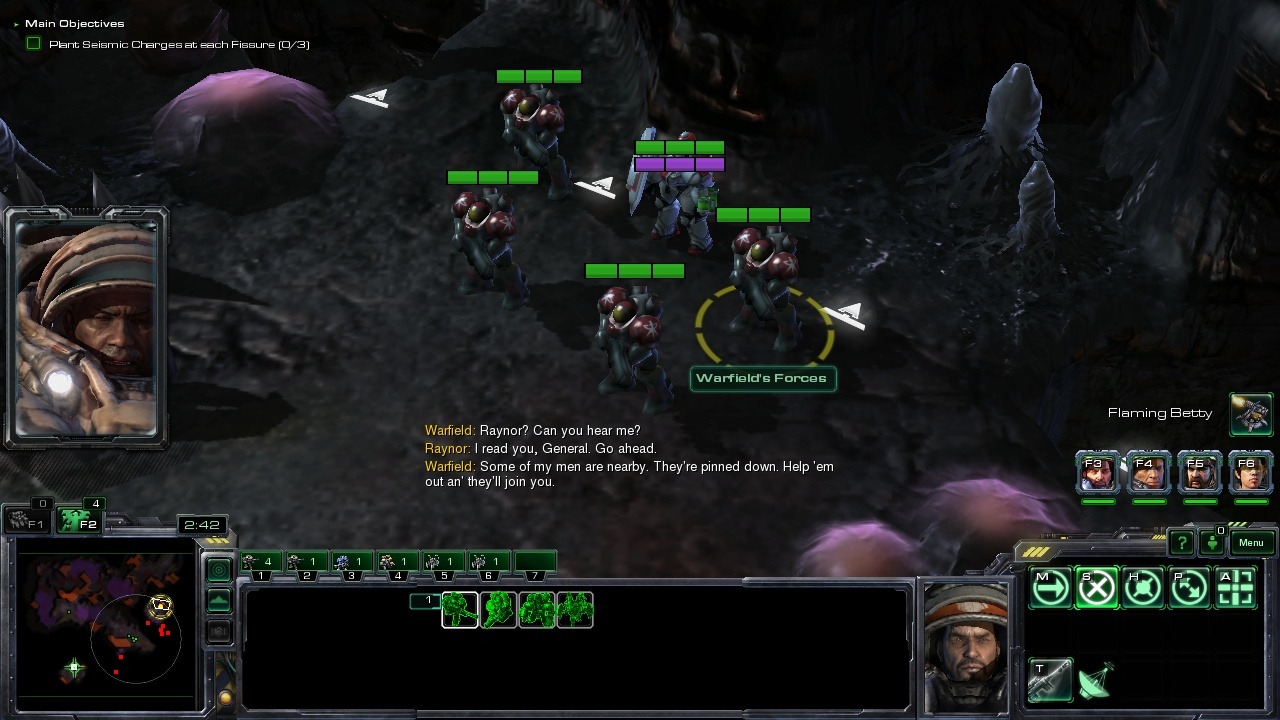 StarCraft back in 1998 had simple 2.5D graphics which looked good and most units could overlap. Now in the massive 3D world, StarCraft 2 shines with graphics that look stunning. In game the units, buildings and terrain look brilliant and makes you believe you are on another planet. The cut scenes also looks fantastic, but although they are pre-rendered the graphics are based on the graphical settings applied, so low ended computers will struggle to produce great graphics in game and in cut scenes. One major thing about StarCraft is being able to have heaps of units on the screen and blasting the hell of everything, in StarCraft II this has been done perfectly getting heaps of great looking units all on one screen.

Most units and buildings are back from StarCraft and the same 3 races are back. This can be good and bad news as you don’t need to know all the basics if you are a StarCraft veteran, but if you are new there are heaps of well made tutorial videos to help you home your StarCraft skill and learn all the hotkeys and when to use them. Most of the units appear here and are not all the same. Some units look newer and better while some have new abilities acquired during the time between StarCraft and StarCraft II. Some units don’t appear because of the battles happened in-between. 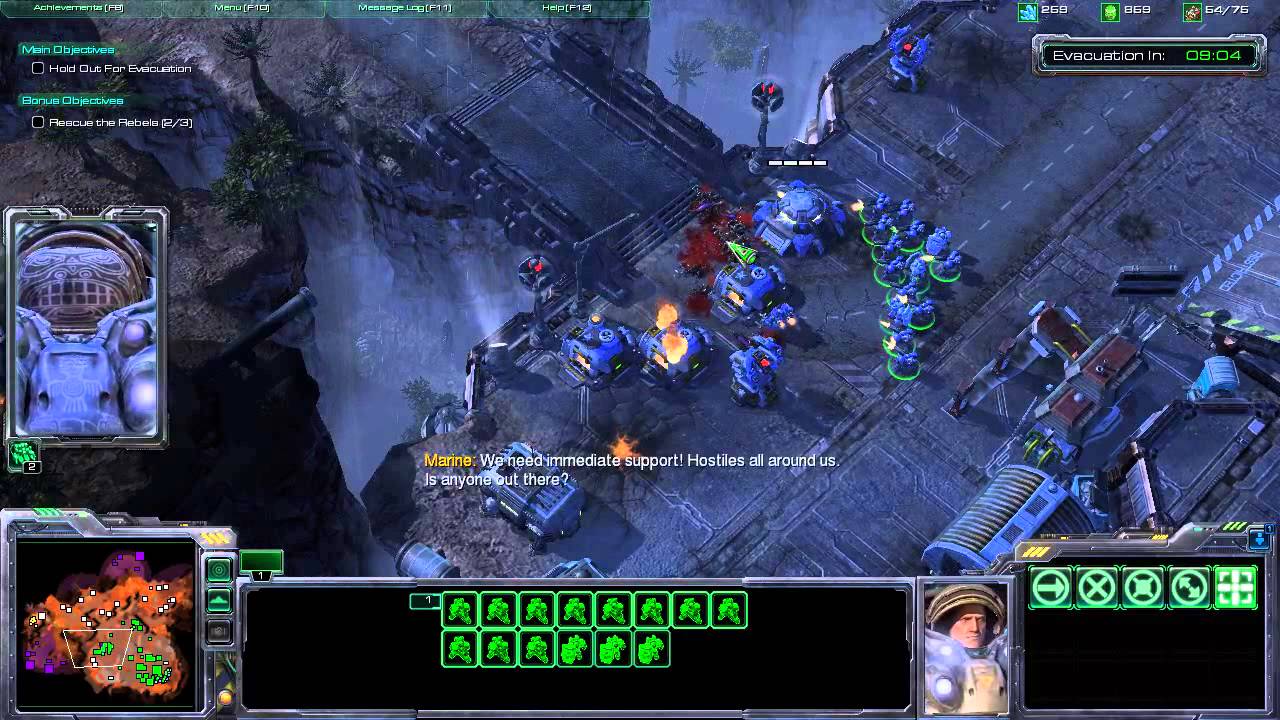 Possibly one problem is that you will need to be online to play the game. Once installed either digital or retail you need to first login into your Battle.net account. If you haven’t registered StarCraft II to the account yet, you can’t play. Once in game you will have to create a character which then later can be used to play StarCraft II offline. Another mode in StarCraft II is challenges, which challenges you to different situations and objectives and makes you a much better StarCraft player. The Galaxy Editor is included with StarCraft II and much better and more detailed. Originally you will have to upload your maps to StarCraft map making dedicated sites but now there is a StarCraft marketplace where you can upload your maps and will be able to be sold for a small fee, beware as only high quality maps will be sold and if not its back to the websites.

The singleplayer for StarCraft II: Wings of Liberty is a great way to train yourself to become the best online. The campaign has heaps of variety even though there is only one campaign involving the Terrans. Even though it may seem all the same the replay value is there, and the AI is nothing short of amazing. You will be constantly amazed at what the AI can do in skirmish and in the campaign according to the difficulty setting of course.

The biggest thing of StarCraft was of course the intensive multiplayer which has been used in all major professional competitions. Once the game has been updated and started, you will have to stay online to get achievements similar to Steam and Xbox Live which is based for each mission and challenge. This is all part of the brand new Battle.Net 2.0 which creates a much more better social experience. For starters there is a leaderboard which was absent in the original, so the more matches and wins the better.  Now having friends in StarCraft II is much better, similar to Steam you can see what your friends are playing and their achievements will pop up so the race to the highest achievement score now becomes a competition of its own. 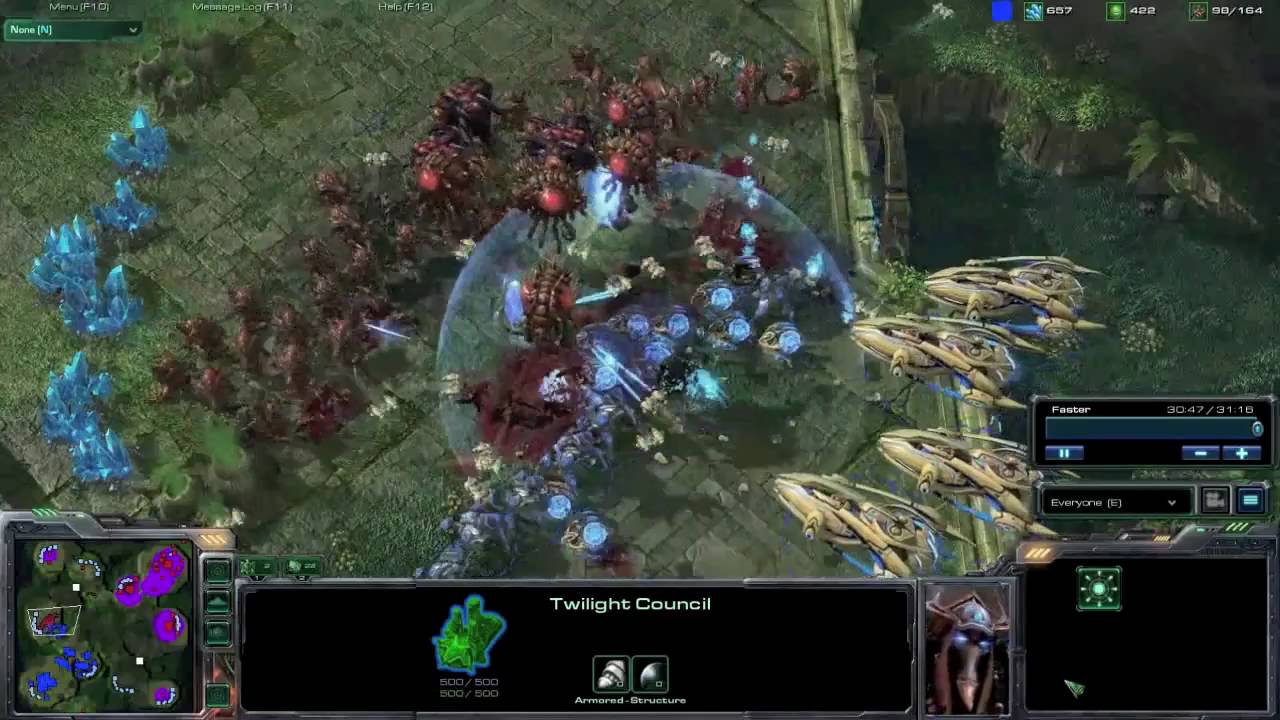 The multiplayer section is the most concentrated portion of StarCraft II, the games are more hectic and fun than the original. Action replays and VOIP makes shoutcasting a better experience for competition. One drawback to this is the lack of LAN, which will frustrate heaps of players around everywhere. Other than that the entire StarCraft experience is the same. If you play the single player some units are missing from the multiplayer for obvious balancing reasons. Despite that some factions and units may still be unbalanced and of course many patches will be needed.

Controlling the different factions will enable you to major destructive units such as Void Rays from the Protoss or the massive Thor from the Terrans. All of these will require different strategies to the way you use them so every battle will have a different turn out. Battle.Net 2.0 has a new system which will try to pair you up with opponents with your own skill level, depending on your campaign progress and wins and losses online.

Despite lacking LAN and having many similarities with other Real-Time Strategy online games the multiplayer for StarCraft II is still the most hectic you’ll find anyway. The Battle.Net 2.0 system is the much better upgrade pairing you up with players like you rather than getting lucky. Battle.Net 2.0 also connects you to Facebook, so you can update regularly and see what your friends are doing which is a nice touch. So the multiplayer is one of the best you can find, helping you have a better time online with the fast gameplay retained from StarCraft.

Despite being too similar to the original and almost every other RTS game like Company of Heroes, StarCraft II: Wings of Liberty competes with all of them and succeeds greatly. Although having an old formulae why change it? Veterans will feel right at home, with the fast hectic multiplayer from the original. The gameplay, multiplayer graphics are great in StarCraft II are fantastic. The music and sound is also great, the dialogue in the campaign is sometimes over the top but the voice acting is just terrific. The music is all intense making every move you make, the most intense ever. The music also signifies enemy trouble in the campaign and pure owning has its own tune.

If you do buy StarCraft looking for something new, this isn’t try Command & Conqueror 4 but if you don’t want a change or play too much of the original this is the game for you. Noobs will feel welcome and get pro in hours due to the well made tutorials and big variety in missions, although they take ages to complete. 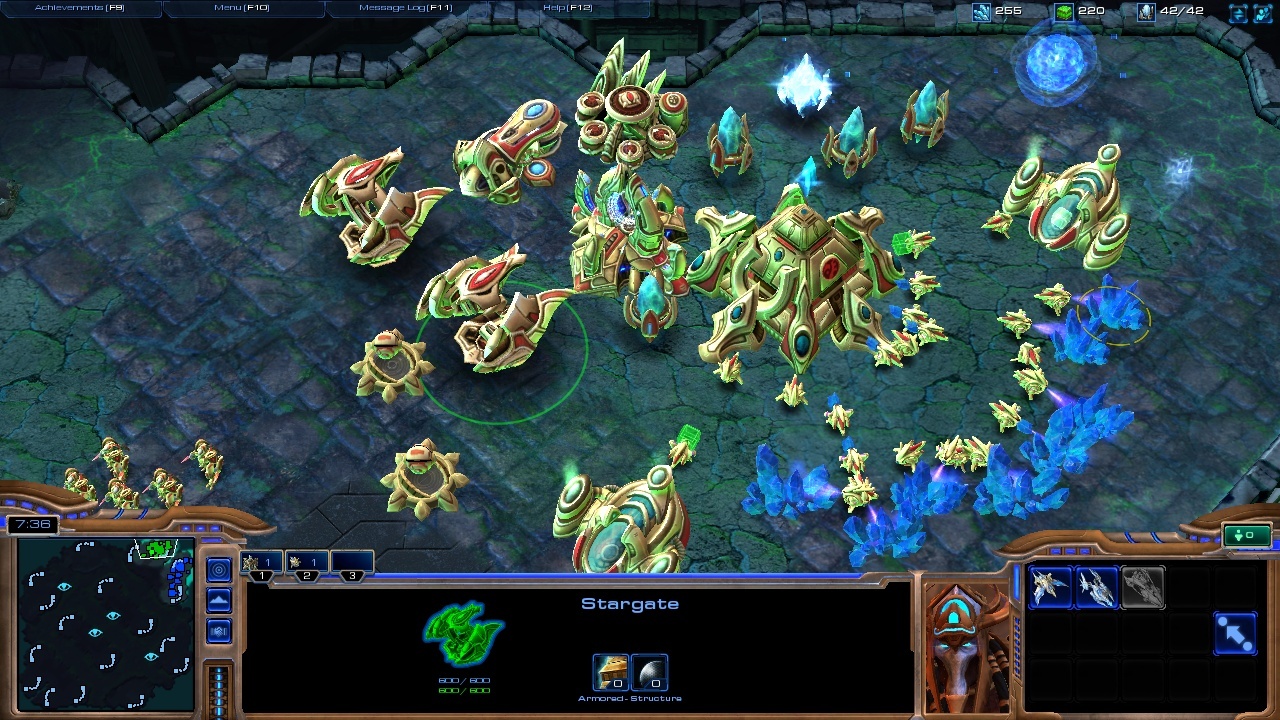 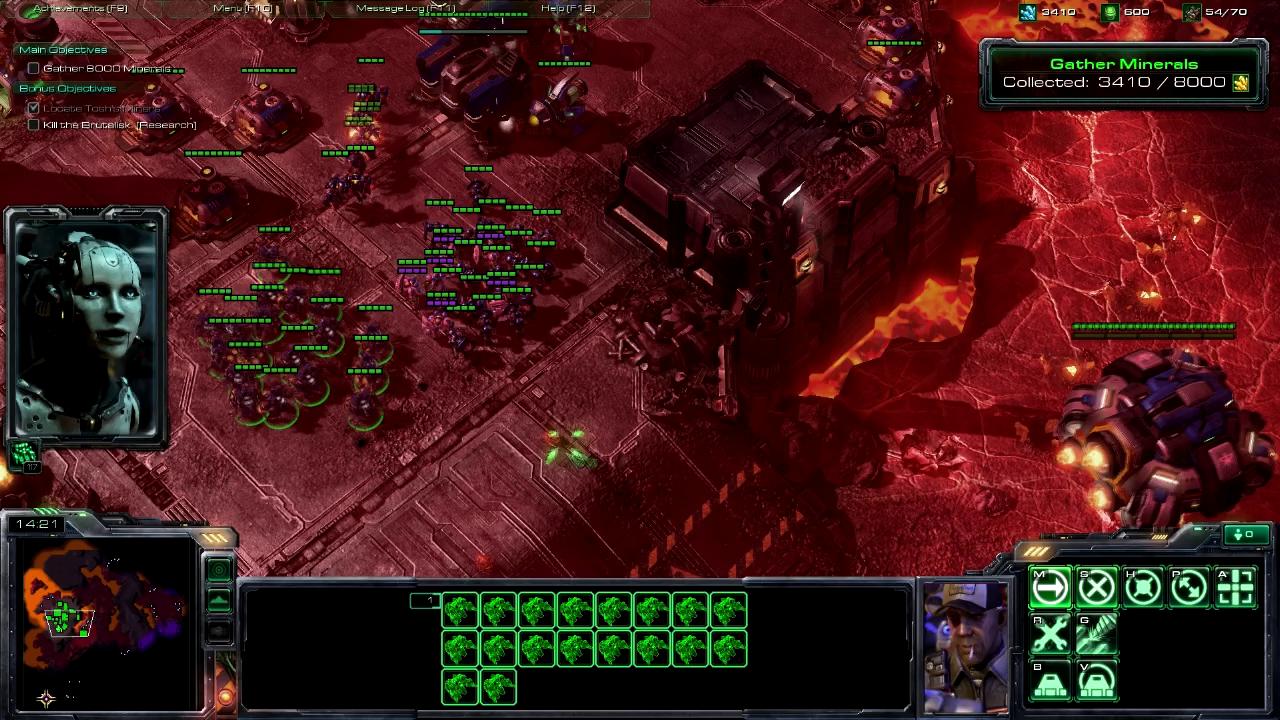 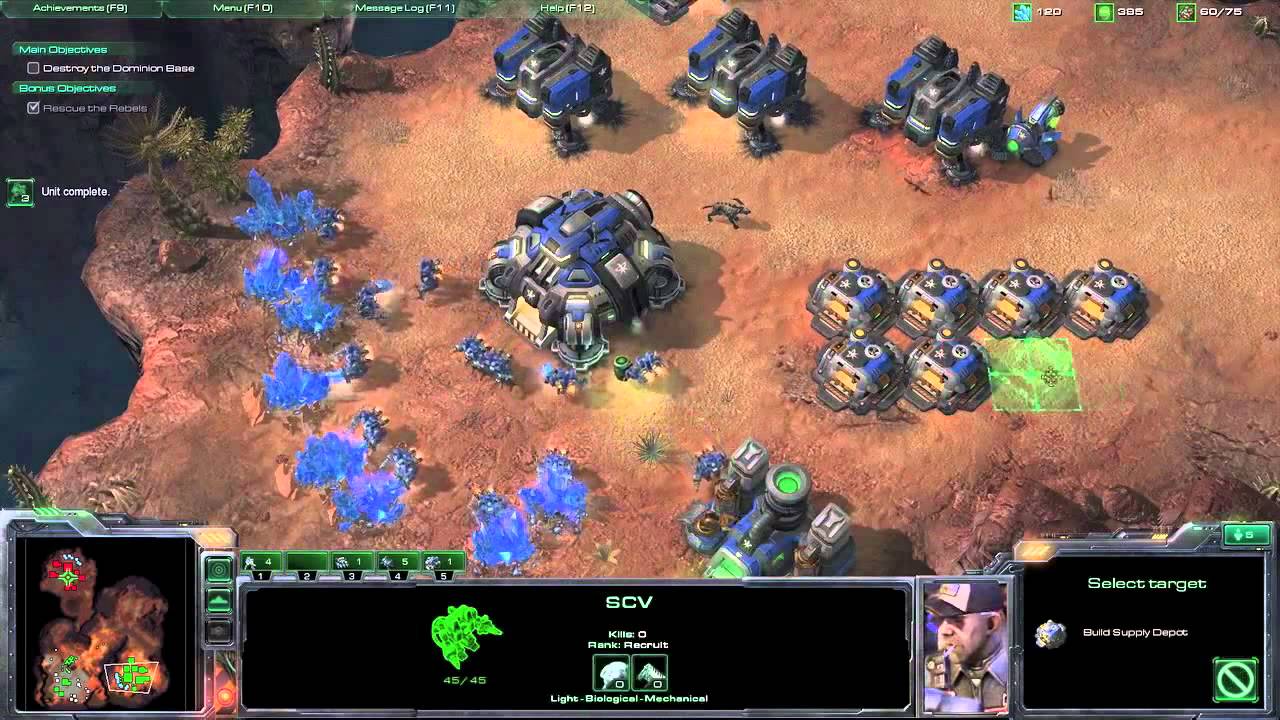 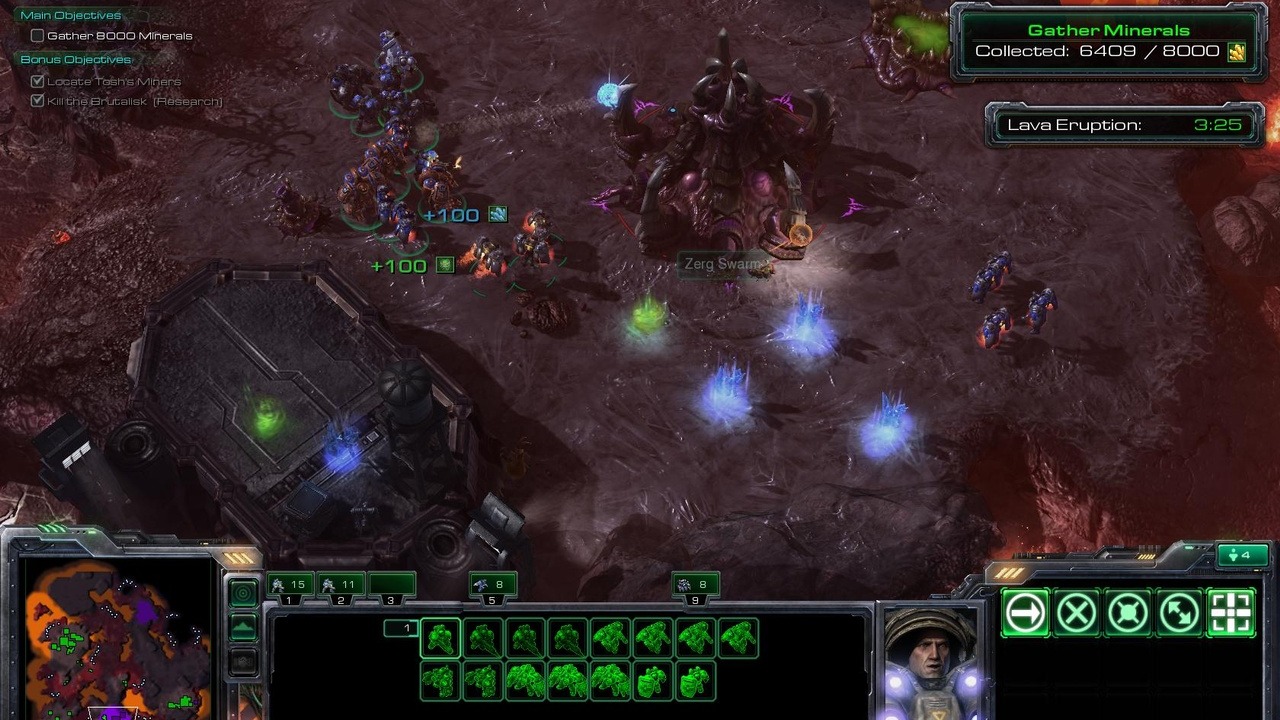 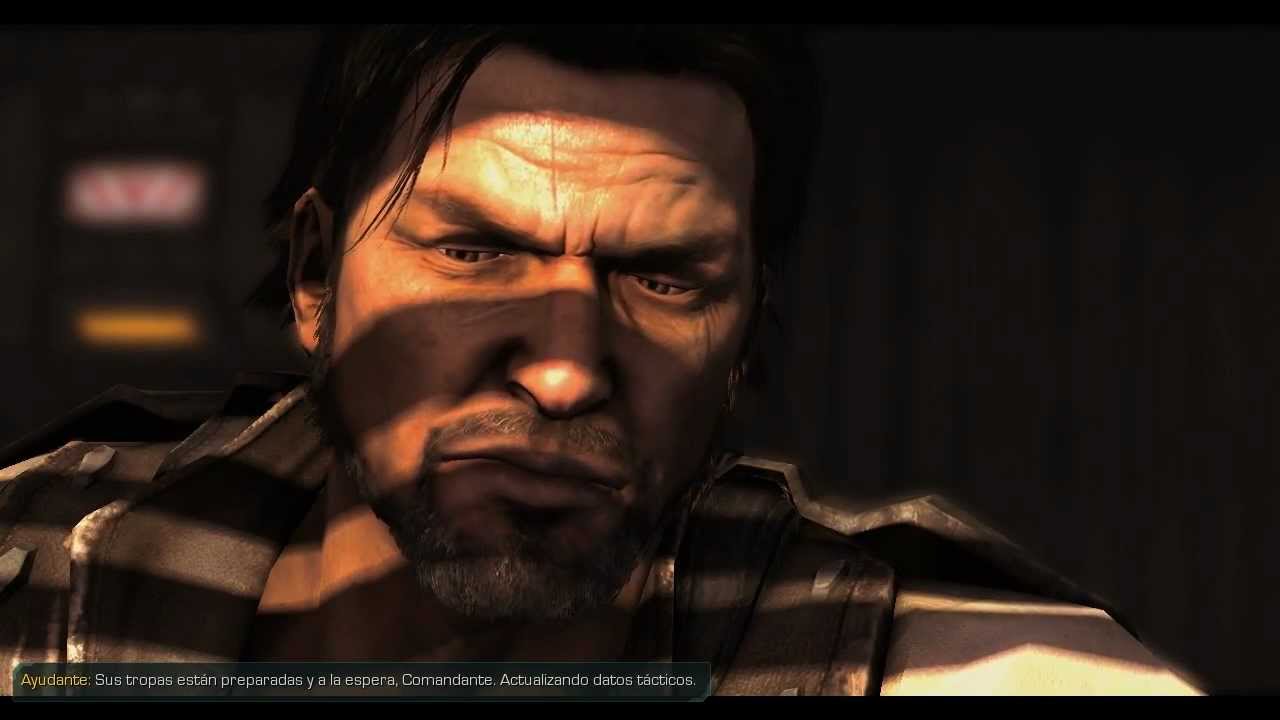