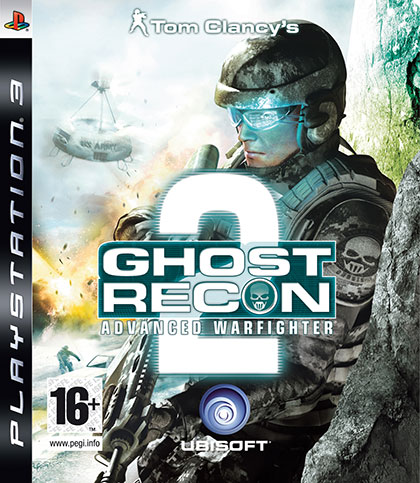 Advanced Warfighter II’s gameplay is vastly different from the current shooters available as it focuses on tactical and realistic gameplay. Just a burst of enemy fire is enough to take down your character and cause the mission to be over before you know it. The developers (Red Storm Entertainment) have done all the research necessary to create a tactical and realistic shooting game that eliminates all the unrealistic aspects of shooting games. Tactical gameplay enthusiasts treat realism in shooting games very seriously and surely Advanced Warfighter II will cater to all tactical shooter fans. Realistic factors such as weapons being as lethal as in reality, appropriate missions and the game featuring the latest modern weaponry are all included in Advanced Warfighter II and with all these factors considered the game really is exceptionally fun and captivating. A large portion of the gaming community desperately wants a shooting game that is authentic and really does make them feel they are in a dangerous warzone in the comfort of their own homes and this game has been delivered as Advanced Warfighter II. 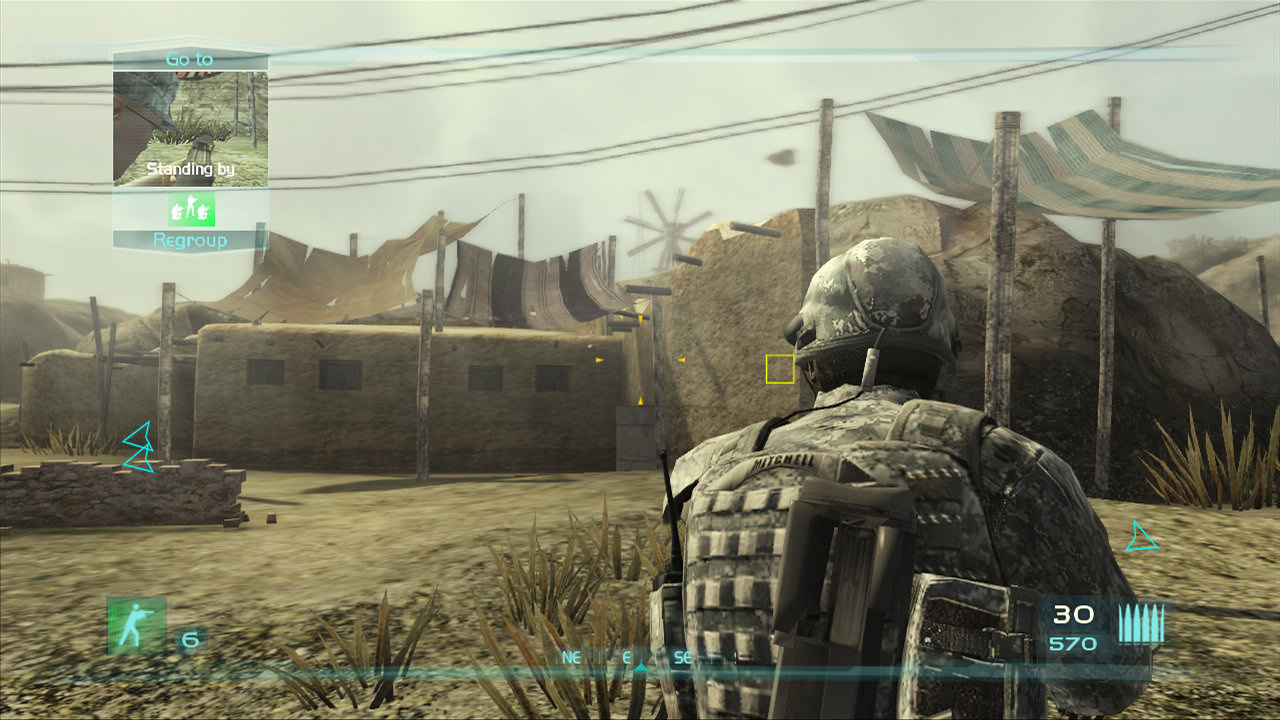 Apart from just general authenticity of a warzone, Advanced Warfighter II also features a large range of the latest weapons and military equipment that can be used in the game. With all these new weapons available to the player to choose from, gamers can choose a weapon they can feel accustomed to or whatever piece of rifle they like. Other than a large range of weapons, the latest military equipment is also present in Advanced Warfighter II including the drone controlled mobile weapons transporter, the M.U.L.E. All the latest cutting edge military grade weaponry and equipment is all in the game and make you feel part of an elite modern military unit.

As the game was released in 2007, the graphics are actually surprisingly quite sharp and textured for its time. The general gameplay graphics are very clear and in high resolution when taken into consideration that the game is nearly four years old. The character models and weapons are all smartly detailed and look great and again contribute to the authenticity of a modern day warzone. The environments in the game such as mountain ranges and dusty cities all look great and believable and the developers have done a great job of creating a sharply rendered gaming environment. 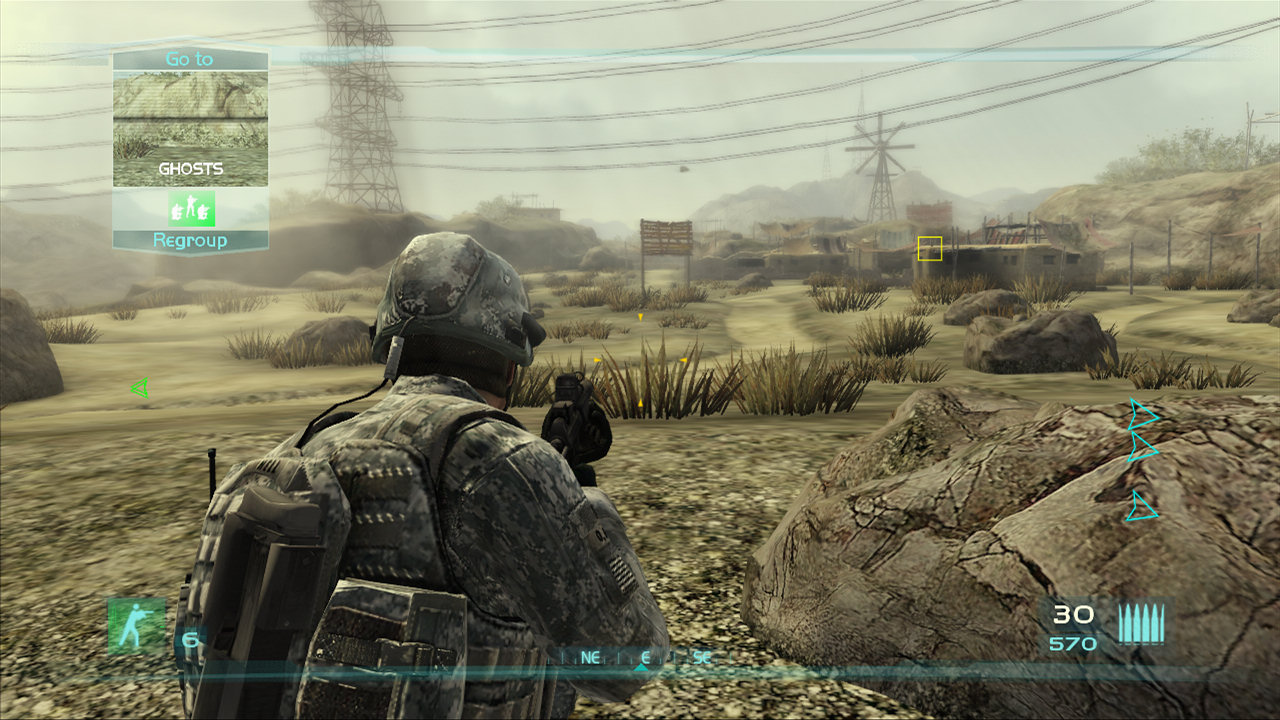 The storyline of Advanced Warfighter II is quite interesting and can be described as action packed as the story is nearly always exciting. Without spoiling the game’s storyline, the basic premises is that a nuclear weapon is on the loose and the U.S.A is afraid it is in the wrong hands. Honestly, the game’s storyline pretty much is capable of being the next Tom Clancy novel as it is just enthralling and exciting as it will keep you interested till the credits start to roll. From the beginning to the end, Advanced Warfighter II is like a wild ride which will give you plenty of unexpected moments.

Shooting games heavily rely on a multiplayer component and Advanced Warfighter II’s multiplayer can be simply described as addictive fun. Sadly, as this review is created in 2010, the multiplayer component of the game is nearly empty and only very experienced and dedicated players play online. Even though the online lobby is nearly dead, Advanced Warfighter II’s online system is well structured and offers four different classes for you to choose to your liking including grenadier and marksman.  Games offer a maximum of 16 players and this is certainly enough for a fierce fight online in the gaming universe as you fight other players. 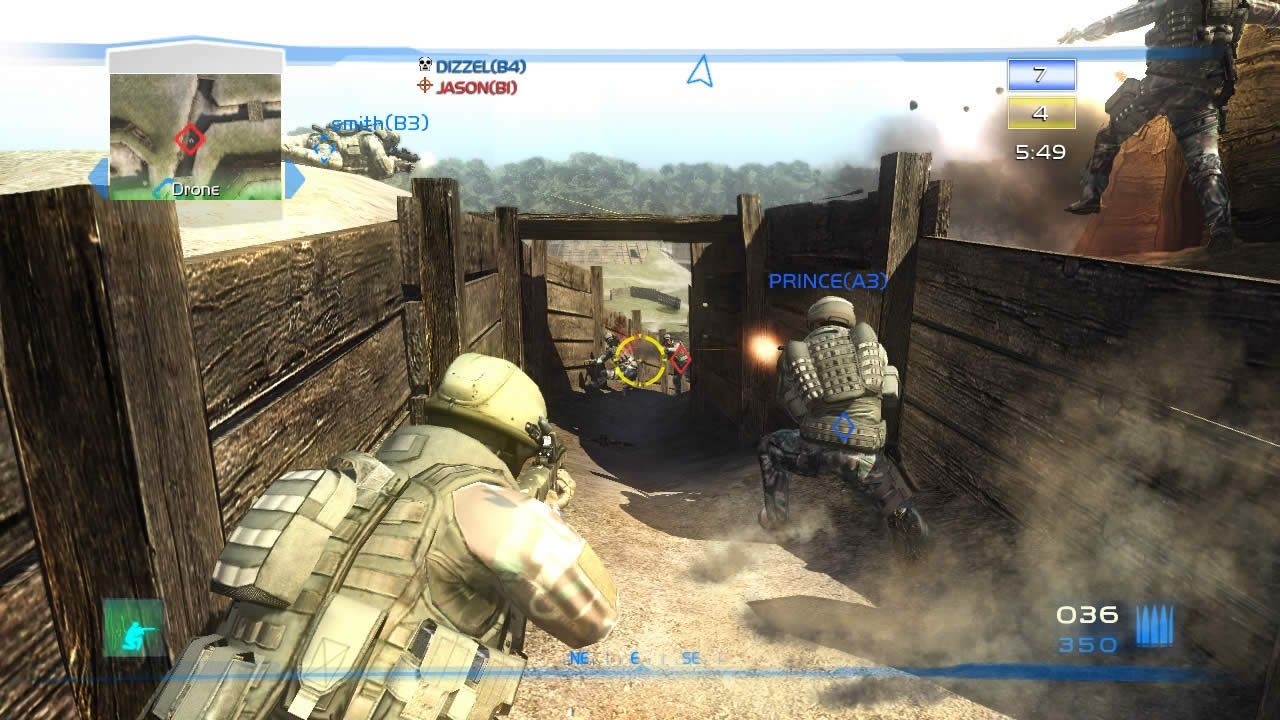 Overall, Advanced Warfighter II is an authentic tactical shooter that really does make you feel part of a fierce and dangerous military operation. The realistic gameplay, beautiful graphics, interesting storyline and compelling multiplayer combined together makes an intriguing and amazing solid tactical shooter and should be bought by fans that appreciate a realistic depiction of a modern day warzone and want to feel the intensity of a battlefield. 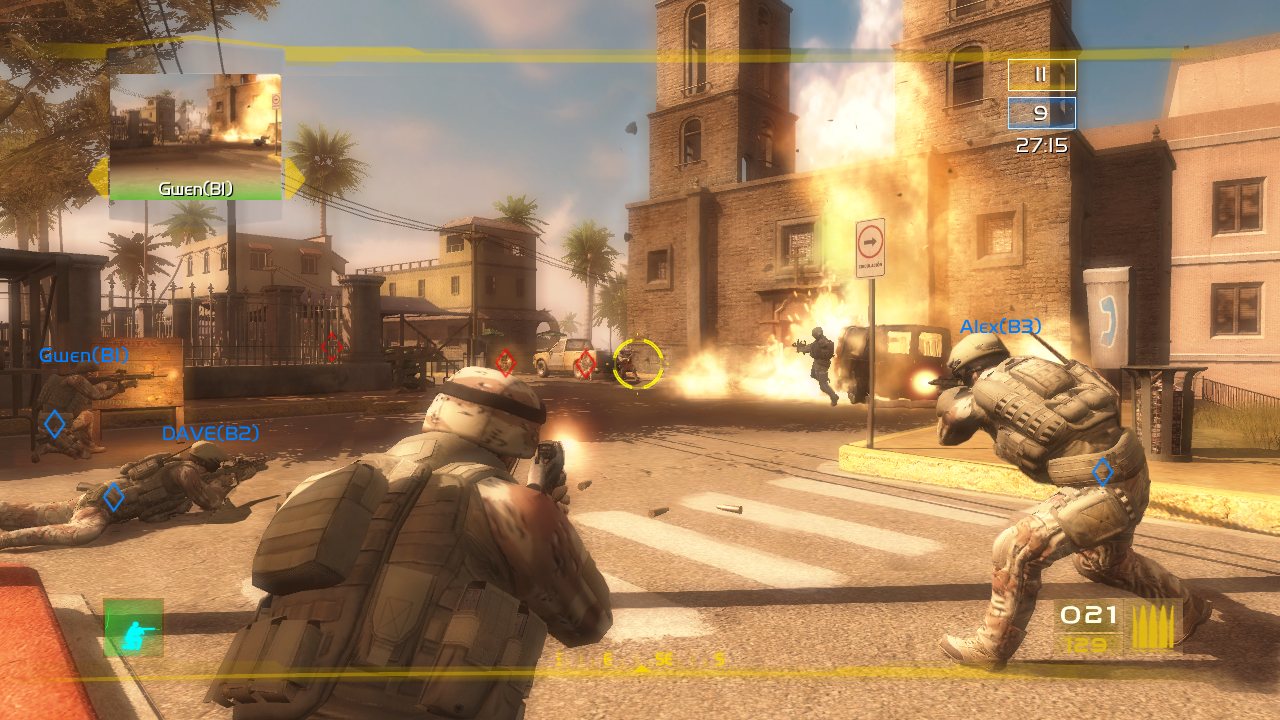 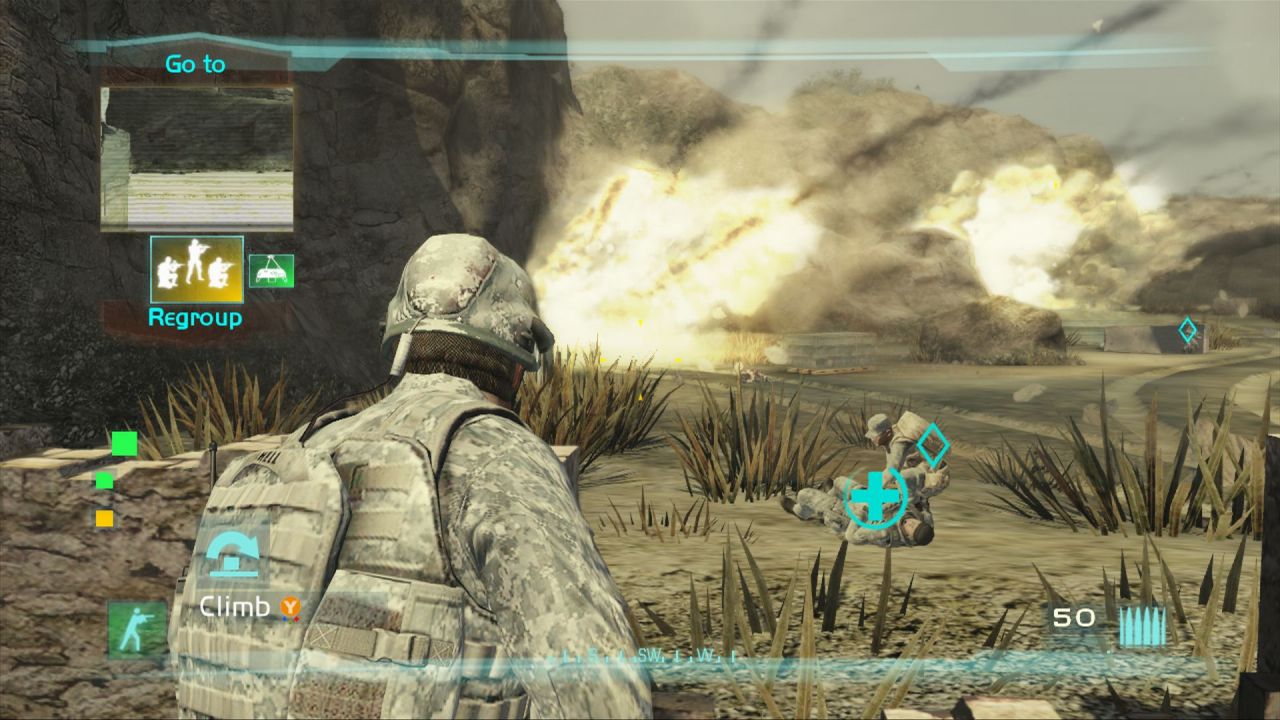 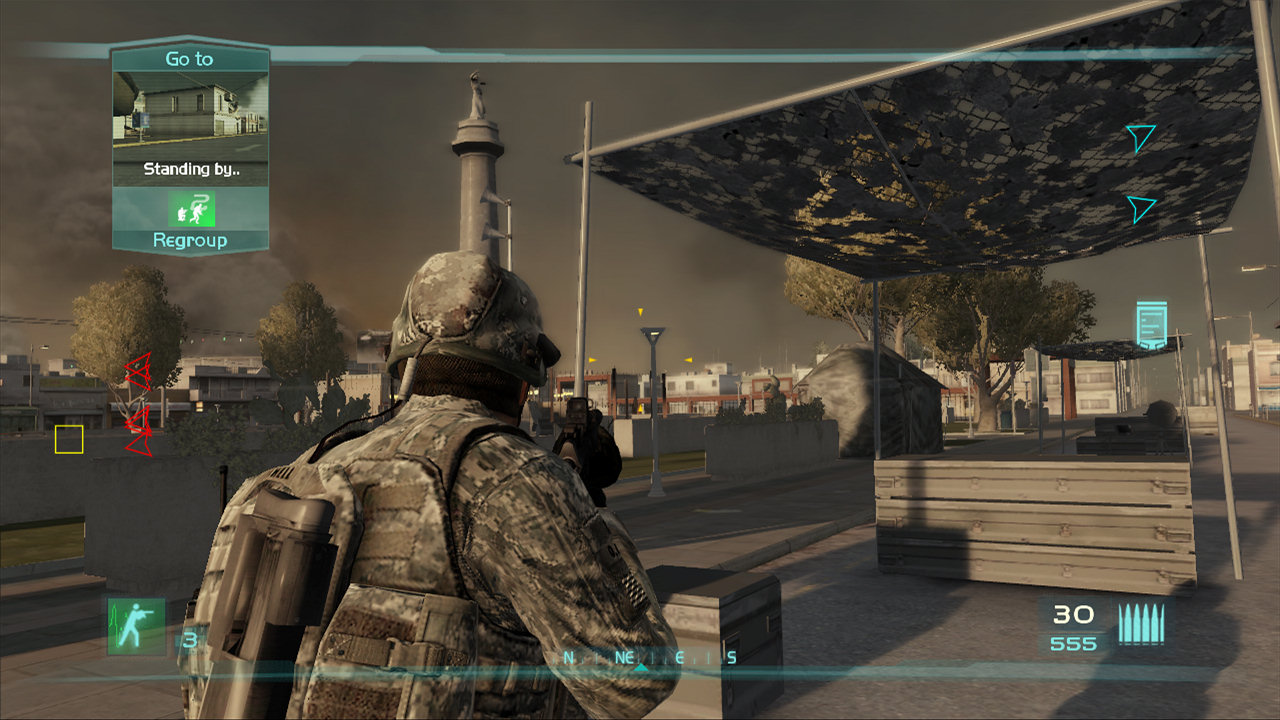 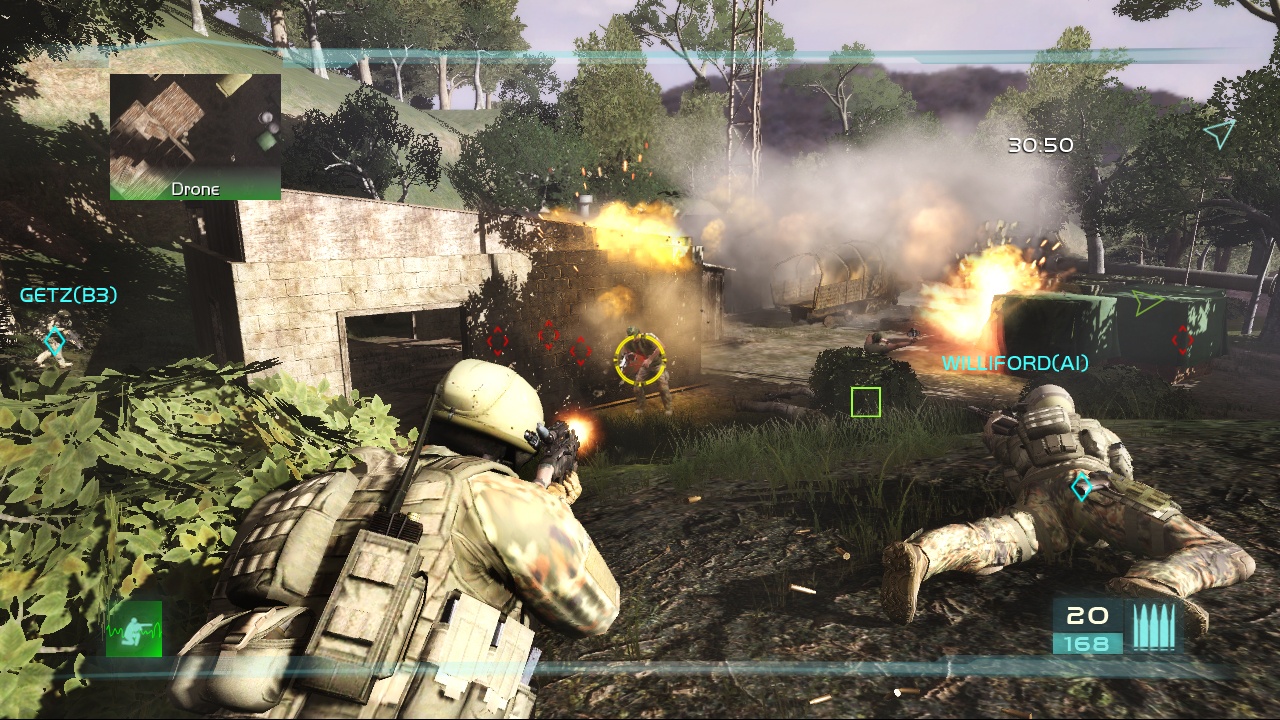