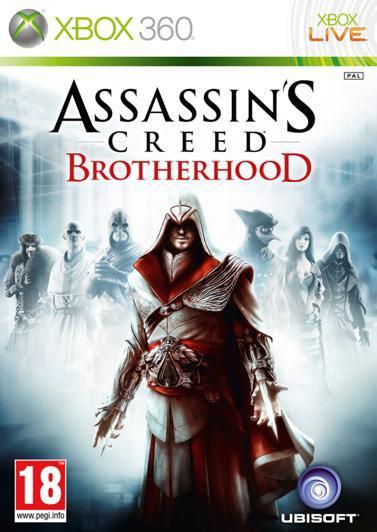 Ezio is not done in the Renaissance and Ubisoft also isn’t done with Ezio’s. Assassin’s Creed: Brotherhood brings many new ideas to the series, and the newest and biggest of all is the brand new multiplayer portion. With the new ideas and multiplayer will Brotherhood be as good as or even better than the predecessor? 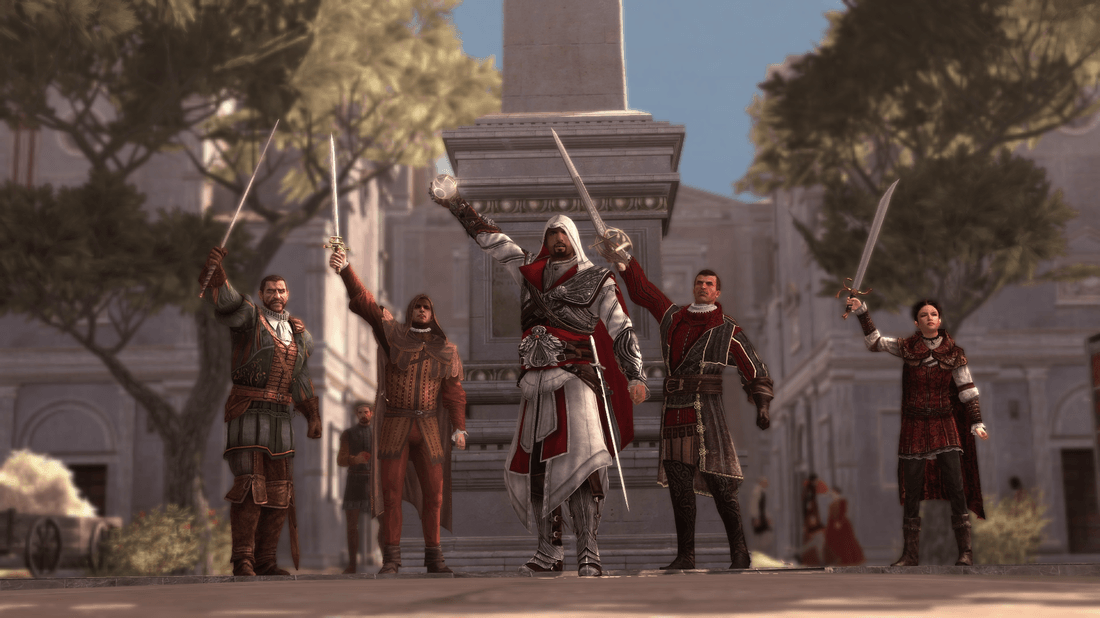 As Ezio Auditore da Firenze again you will explore the only city we had a glimpse of in Assassin’s Creed II, Rome (Roma). Starting straight after the previous Ezio has the Apple of Eden, a very powerful tool. He and Mario both escape the Vatican and return home to the Auditore Villa in Monteriggioni. After a few errands and a surprise visit from an old friend the villa is under attack by the Papal forces and takes both the Apple and Mario’s life. Ezio has no choice but the leave the city and villa as the Papal dominate it with many cannon fire. Ezio then goes to Rome where he can meet Machiavelli and plans to defeat the Papal, reclaim the Apple and restore Rome to its former glory before the Borgia. The story is somewhat weaker than II because Ezio’s story has been explained and all that is left is to take down the Borgia.

Starting the game you have most of your abilities and weapons from the end of Assassin’s Creed II gone and with that you must progress through the campaign. The main story missions are started as memories and they may start as escort missions but most end up as an assassination and escape from the Borgia. Brotherhood is entirely set in Rome apart from a few exceptions and the map is pretty big. 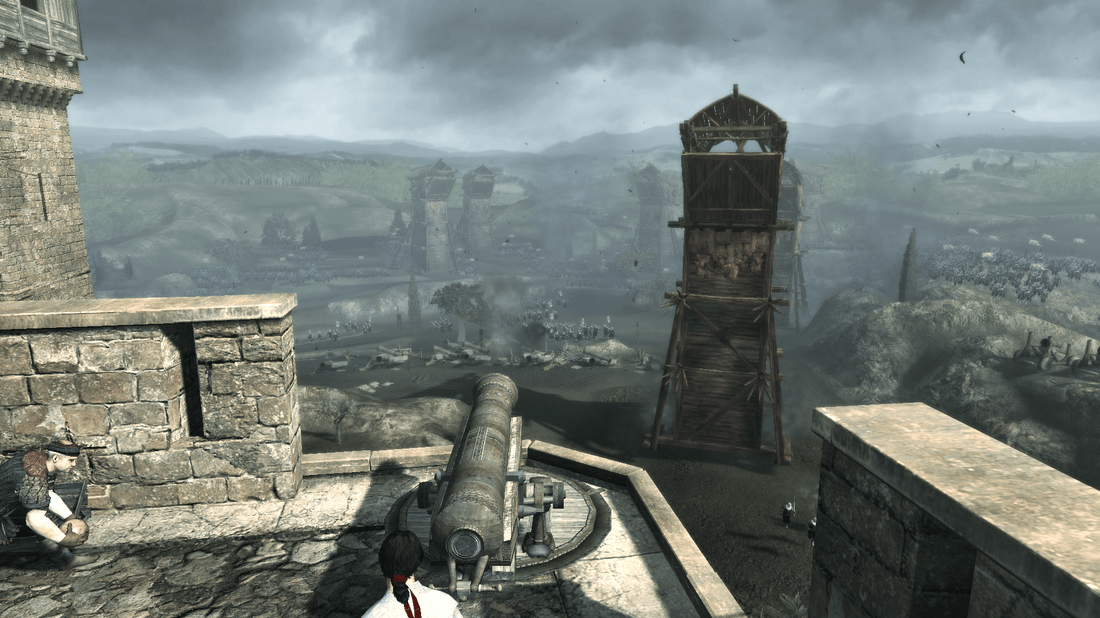 Taking on the main missions will let you open up new equipment, abilities and areas as you try to take back Rome from the Borgia. Missions are slightly much harder because in many missions being detected causes Desynchronization which means failure. So taking stealthy approaches can be fun too, but the dreaded 100% synchronization is here for each missions. Each mission has a side task which Ezio actuarially did in his time. Even though you didn’t complete it and get 100% the major mechanic missing from II is here to ensure 100% sync- replayable missions. After a few missions you gain accesses to renovate broken down shops. But it’s not that simple as since all of Rome is under the Borgia they will not let you renovate shops under their noses. So you need to destroy Borgia towers, which are around the place in order to remove the Borgia’s influence over an area. But before burning the tower down you need to defeat the Captain guarding the tower. Once he is killed the tower may be destroyed and shops may be restored and Rome saved.

Money is a bigger factor in Brotherhood, like renovating the Villa in II you renovate many things in Rome. Shops are a major one as you need them to buy items, equipment or get that 100%. Landmarks are able to purchase but at a high cost and broken Aqueducts can be rebuild all to aim to one thing, income. Like in the predecessor you earn income on a basis, to collect the money you need banks which also extends the amount of money being able to be in the bank at a time. Of course banks need to be renovated first. Shops now have quests which once completed will grant you new and better items from the respective shops. 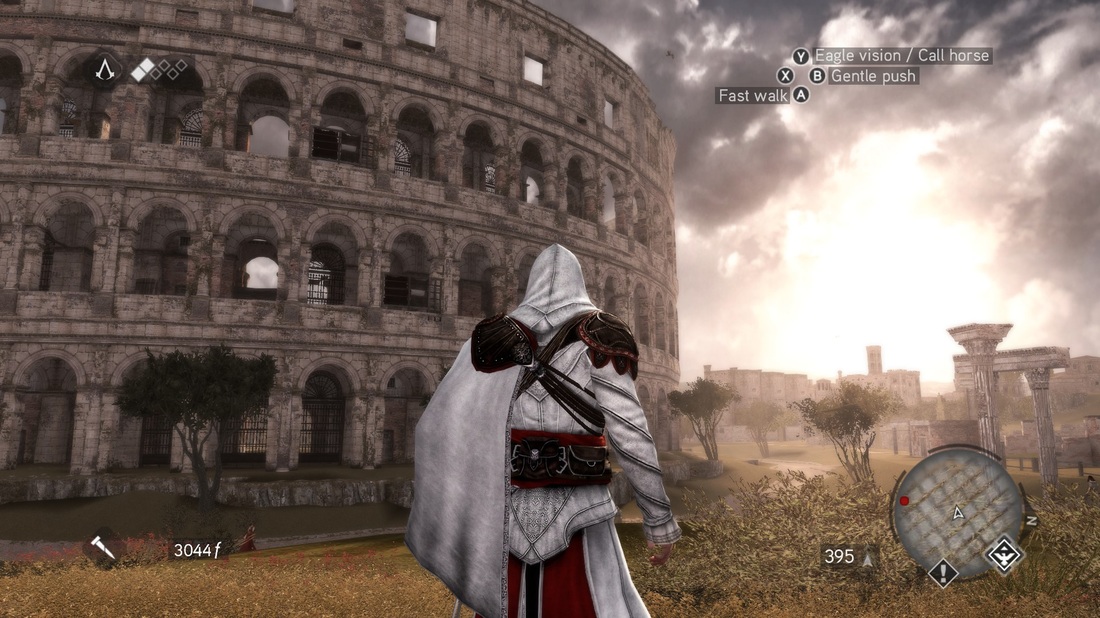 The combat is now much more fun and better with the inclusion of the killstreak. A killstreak occurs when you successfully counter an enemy and then you target another enemy, and then he will be taken out in one hit, no blocks, and no falters just a straight easy kill then onto the next. Of course killstreaks can be stopped with a sudden attack from an enemy, but either than that, you can have an unlimited chain of kills or until your enemy has ran away or all died. This is very fun as you can sweep up multiple guards in very little time and see the awesome animation of executions.

All the weapons and abilities return from II along with a few more new ones. The crossbow is one such, and is absolute brilliant for stealth. The crossbow is like the little gun except it is quieter and heaps faster at getting the accuracy to fire at a guard. The poison needle also gets an upgrade with it now being a range weapon- but you will need to visit an old friend who has returned from ii. Leonardo Da Vinci is back but has a much smaller role- he will create a few weapons for a fee but mainly gives you a few missions in which he invented multiple war machines for the Borgia. Not only that, there are heaps of other side missions such as special missions to unlock characters for multiplayer or assassination contracts from II. 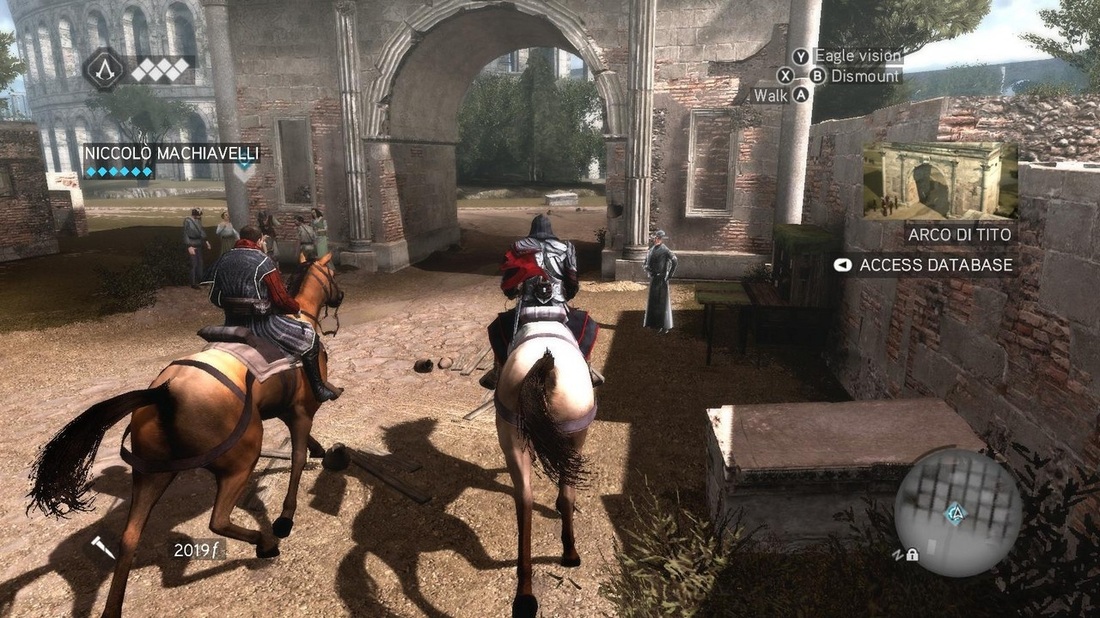 The main idea of Brotherhood is being able to run your own brotherhood of assassins. Early in the game you get to recruit your own assassin into the brotherhood which then you have to level him/her up to become a fully fledge assassin. The recruited assassins are at your disposal and you have two options to use them: pressing the LB(L1) to call your assassins in battle when you want to either help you defeat guards or assassinate them for better stealthing or send them on missions around Europe to help the Assassin guild. Both of these ways level up the assassins chosen so you can upgrade their weapons and armour to help defeat the enemy better. As sending the assassins around Europe there are heaps of missions and range in their difficulty for assassins. Each mission has rewards in either money, shop quest items and of course EXP. You can recruit assassins by helping them from Borgia guards who are annoying them. With this, placing assassins on missions is a better and faster way to earn money and rare items.

Horses are now a bigger feature as you are able to ride them inside the city of Rome. But one major upset is the inability to gallop fast with the horses at anytime (apart from a few missions). While riding a horse as slow as Ezio sprinting, their Ai as well too has been slumped and a real backwards step especially since the horses in Red Dead Redemption. The horse animation itself is terrible, looking like the horse is limping- I guess that’s why they are slow. To get around easier, using tunnels are like a fast travel system but it requires to be built first. 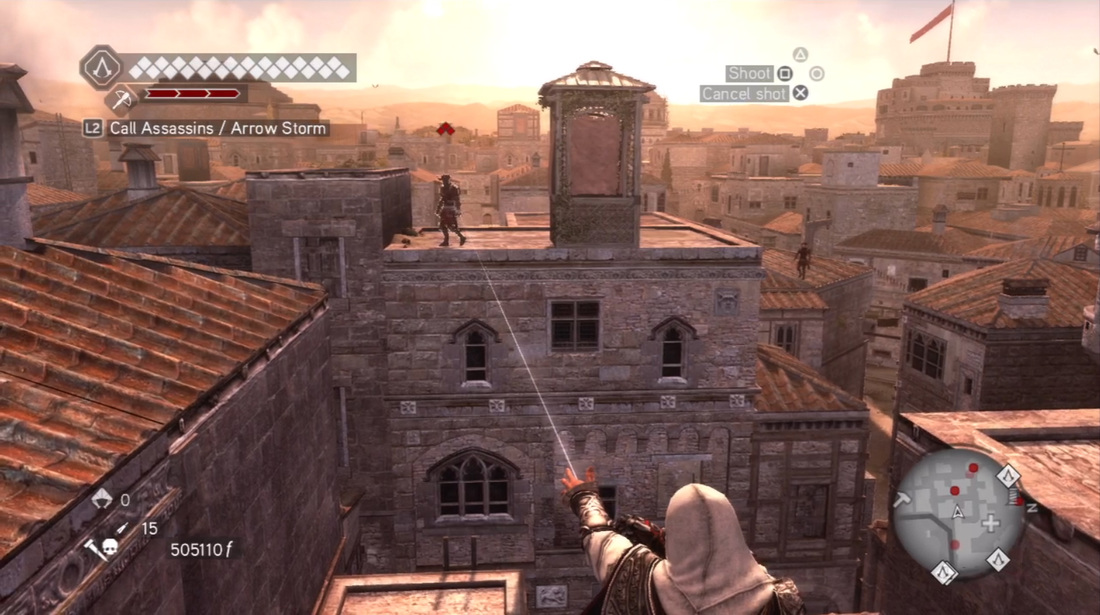 The singleplayer campaign for Assassin’s Creed: Brotherhood is still the major focus of the game and it is well constructed with heaps of new additions. The story is not as good as II but the focus on open exploration serves the game a great change and service. The combat is fun and exhilarating compared to the more dull counter system in previous instalments. The campaign is almost the same length as II and being considered an expansion, Brotherhood’s singleplayer is still the highlight of the game.

The multiplayer is a new and welcome addition to the Assassin’s Creed series. You play as one of the different characters online; each has their own ways of killing opponents and weapons. Killstreaks, deathstreaks and perks are all in this game and all have different and special functions regard to your way of play. There are many maps each consisting of different and varied gameplay with a few different game modes to sort the taste. One main problem is to start a match all player slots need to be filled, which means even if you are waiting for one person- you have to wait (this was a big problem in the beta).

The main idea behind this is to eliminate the targeted player. At the start of a match you have a contract of the target you must kill. You must kill him/her in order to get points, and the target is another player. Don’t worry if you think that is too easy, as there are hundreds of random computer generated characters that look exactly like your target. How to find him? All you have is the picture and a compass to tell you roughly the location of the target. While you are hunting down your target you must be very cautious as another player may be hunting you down. But it isn’t all just only one person chasing down another as sometimes you may get up to 4 pursuers onto you to up the ante and difficulty. 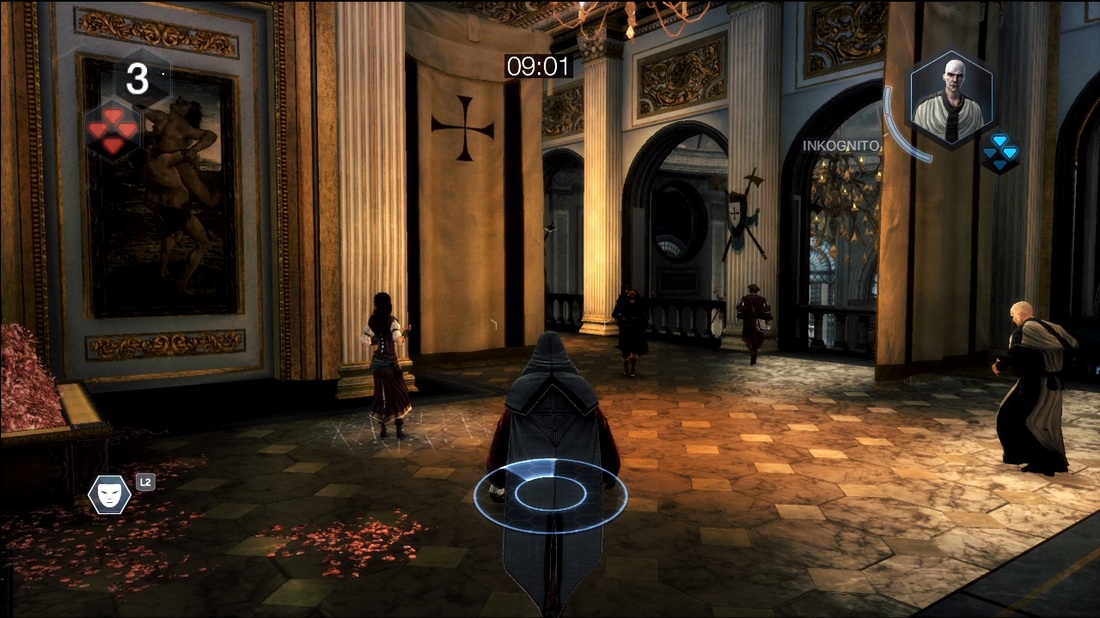 You more points for killing more silently rather than running around chasing your target, as since assassins hide in the shadows. But not to make the purser invincible, you can stun them once you have identified them, and once stunned they lose their contract. This is the basic premises for all the game modes. Wanted is the free-for-all of Brotherhood online, Advance Wanted is just a more difficult version of wanted, Manhunt is Team deathmatch with teams of three or four and alliance is teams of twos. The limit for each server is only about 6 or 7 which means with ten minutes, most of the kills better be stealth.

Players level up like they would in any online game and of course are rewarded with abilities to make escaping or pursuing easier. The levelling up is in levels and some maps and modes have a level requirement. The multiplayer’s enjoyment is surprising as most- most people will be all hardcore and goes stealth using the abilities such as blending in with a crowd then morphing them to look exactly like you and letting the opponent choose the right one by random. Or one such moment when you’re hiding and know you see your purser, and hope he/she doesn’t get you. This unique yet fun experience is something we haven’t seen and is a great addition. Although many matches may be on luck, the multiplayer is fun and enjoyable.

Assassin’s Creed: Brotherhood is another inclusion to the already popular and highly critical franchise. Assassin’s Creed brotherhood’s campaign is almost as long as II’s but with the many side missions, rebuilding of Rome and the intensive, non-stop steroid free training of the assassins- it will keep you very busy for a long. An even more busy introduction is the first in the series to have multiplayer (ignore AC2 multi) which will keep you very busy as each game is different as you can try heaps of different approaches to kill your target.  While adding a few more campaign additions to Assassin are Creed II and a brand new multiplayer that is both fun and tense. Assassin’s Creed: Brotherhood as a whole and separate package is just fun and addictive. 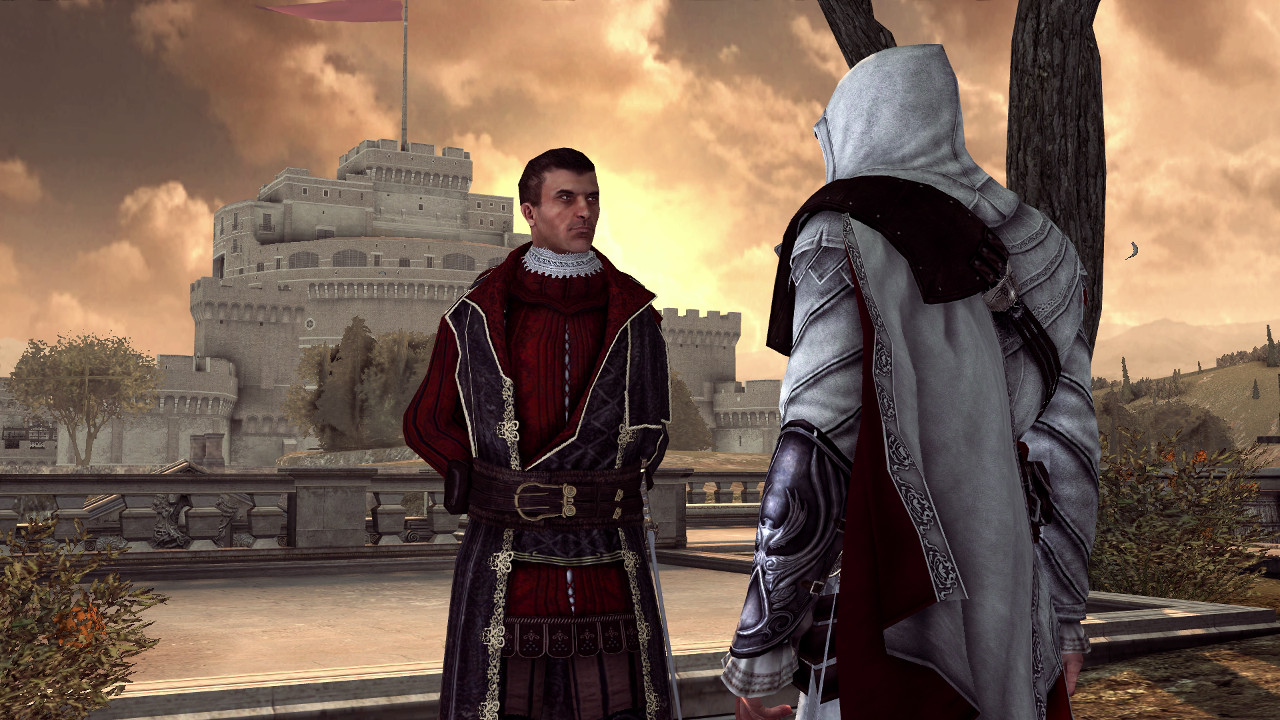 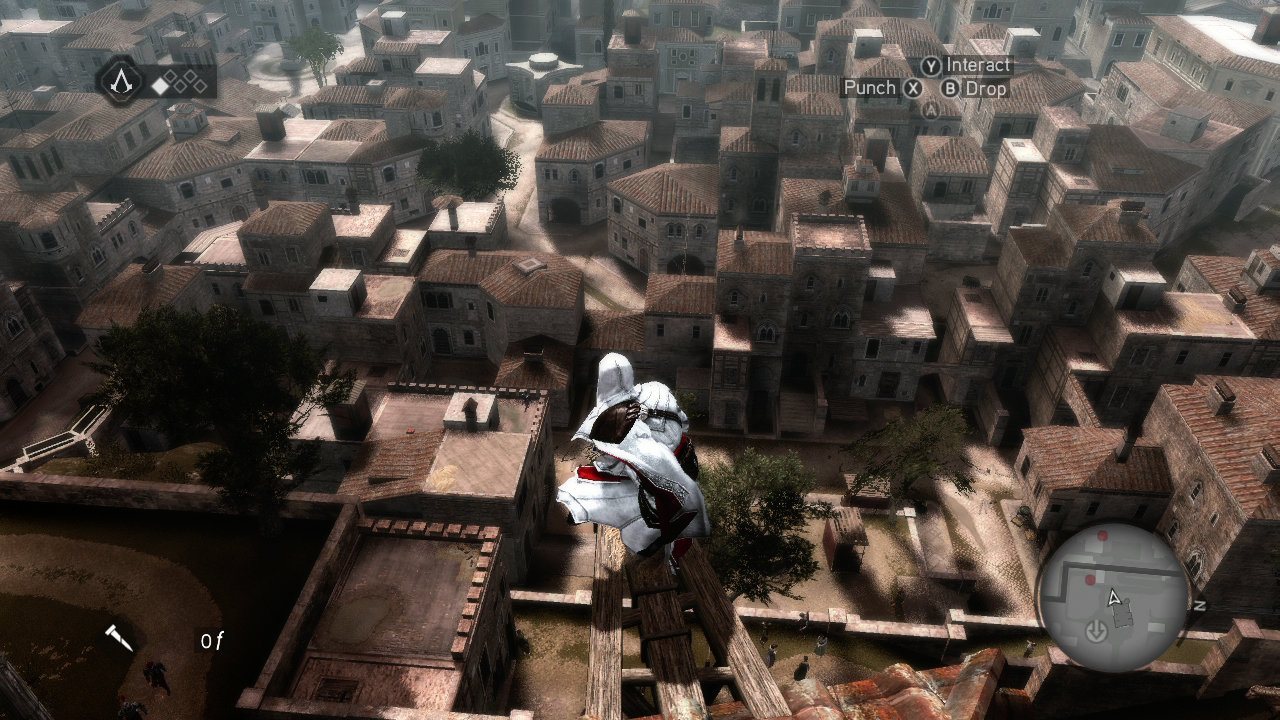 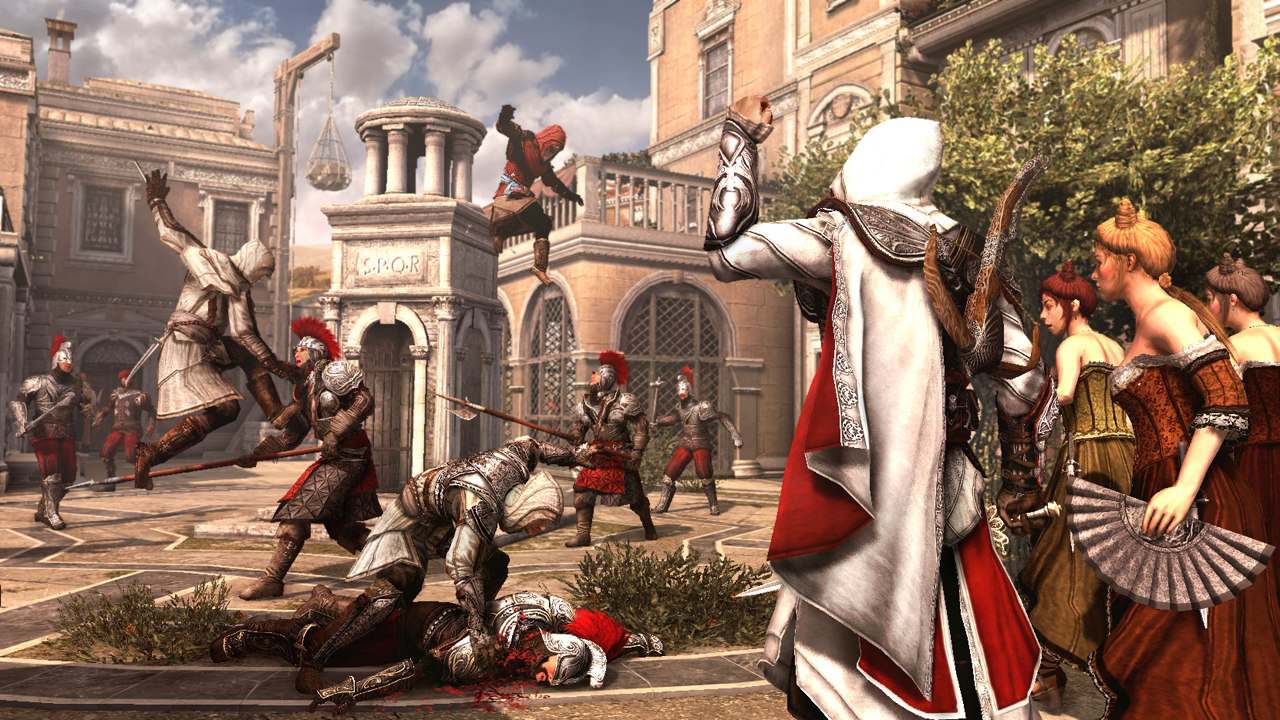 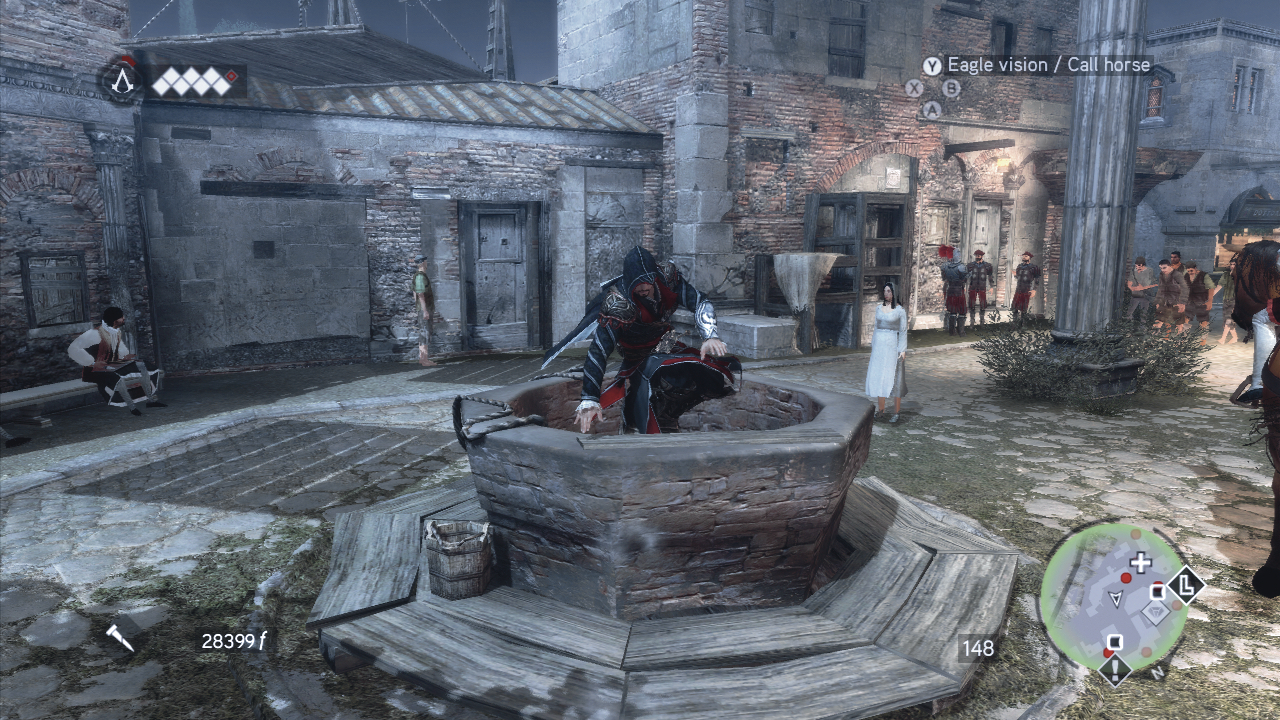 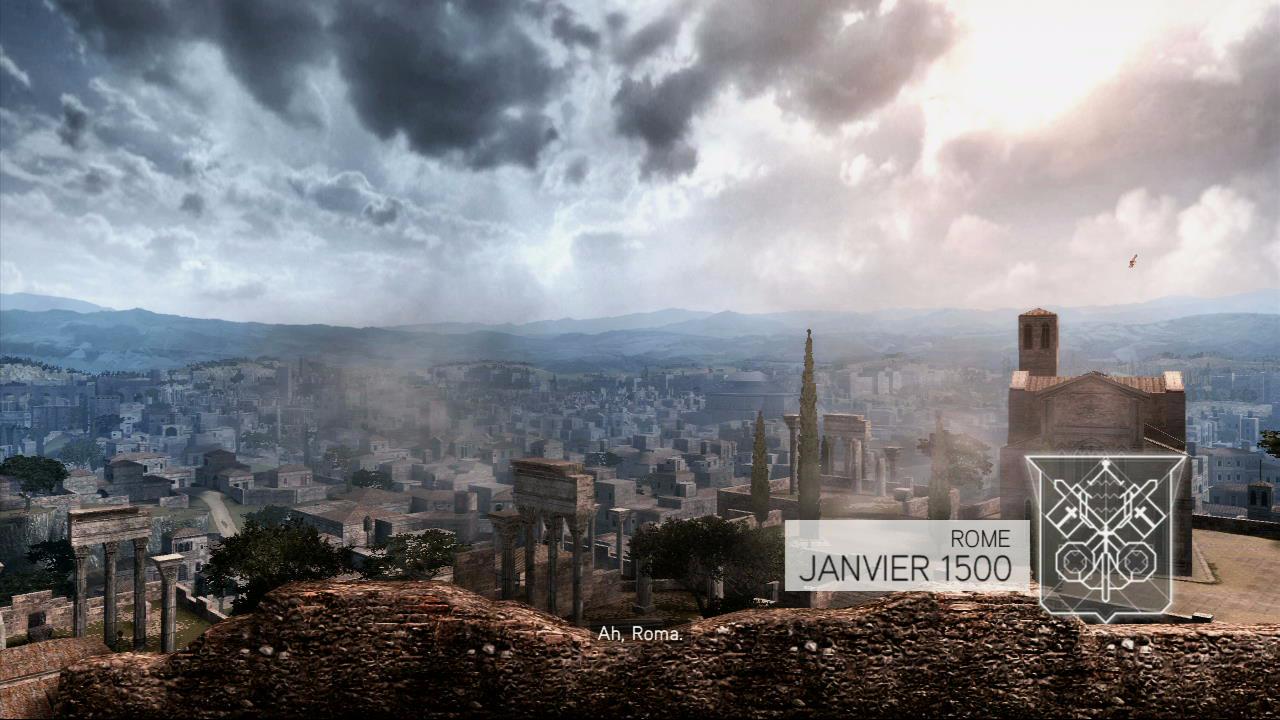 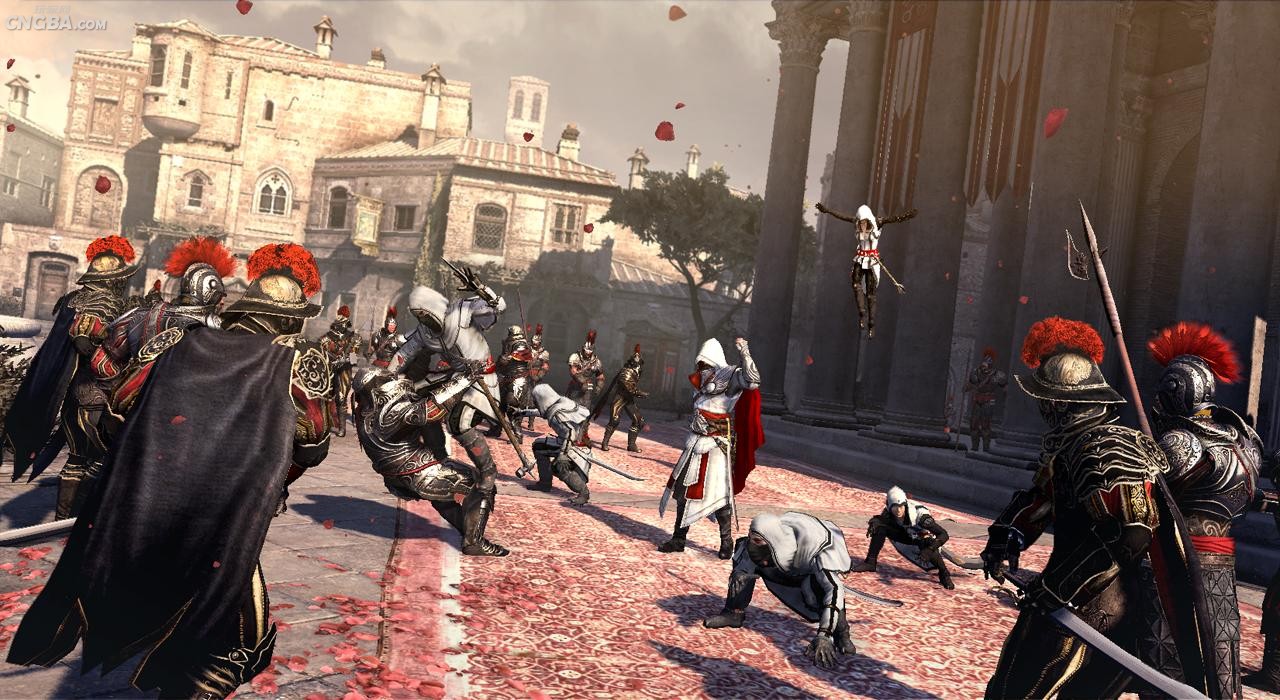