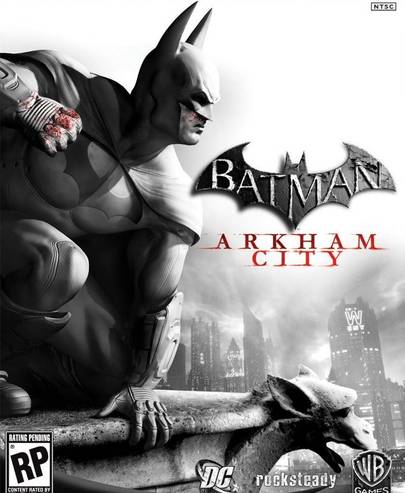 Superhero games have had a bad rap since the infamous Superman 64, with many of the games unable to showcase the comic book heroes’ powers, feel and story in a well-designed game. 2009 saw a change, Rocksteady’s Batman: Arkham Asylum that starred the dark knight was a critical and commercial success showing that superhero games can be done well. With a stellar class of voice actors, brilliant story and roster of characters and of course the great combat that felt like you were in the dark knight’s mask. Arkham City aims to be a better and larger experience with an open environment explorable at will, a major platter of Batman villains and heroes and some new gadgets and abilities to bring the dark knight back to life.

Months after the end of Arkham Asylum, mayor sharp has granted a section of Gotham City to be made into a giant prison to keep Gotham’s evilest villains at bay, Arkham City. Lead by the psychiatrist Hugo Strange, things are bound to be amuck. Bruce Wayne AKA Batman has taken action to try to stop the construction of the prison but gets caught by the mastermind. Blackmailed about his identity as Batman and thrown into the city, Bruce has to survive long enough to call in his Batsuit. Hearing about Hugo Strange about Protocol Ten has Batman even more concerned and starts to look for answers about the protocol. While exploring the new city, he meets some of the most dangerous villains he ever faced- including the Joker. Batman needs to uncover the truth about Protocol Ten and Hugo Strange, all while trying to keep alive in this insane prison. 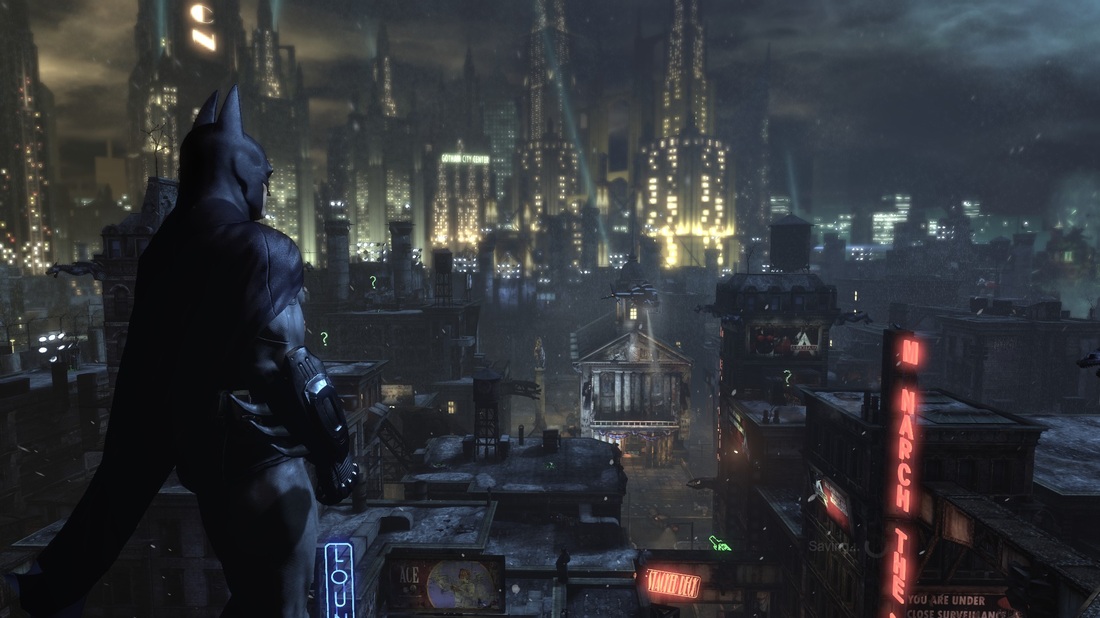 Arkham City is set in the open world of Arkham city, a section of the famous Gotham City. Despite not being the whole city, you still get the sense of being in Gotham by roaming around the tall buildings in the darkest night, which it always is in the game perfect for the dark knight to roam around. You’ll be running around roof tops, grappling across buildings and gliding to your next objective all in a smooth and swift motion. It is very vital that Batman gets around city quick and unnoticed and the grappling hook is the right gadget for the job. It lets you hook on to any building or object up high, so those goons will never see what’s coming.

One of the biggest success reasons of Arkham Asylum is that you really feel like the dark knight. Planning out some clever tactics, doing detective work, hiding in the shadows are all Batman trademarks and were well implemented in Arkham Asylum. Arkham City goes one further with larger environments, more gadgets, puzzles and more types of gang members. The larger environments suits for more tactics, ways to take down enemies and more places to hide- and as the Batman all that is vital. All the gadgets that were in Arkham Asylum are available right from the start and builds up throughout the games. The puzzles have improved and found its way as Riddler challenges and Riddler trophies. 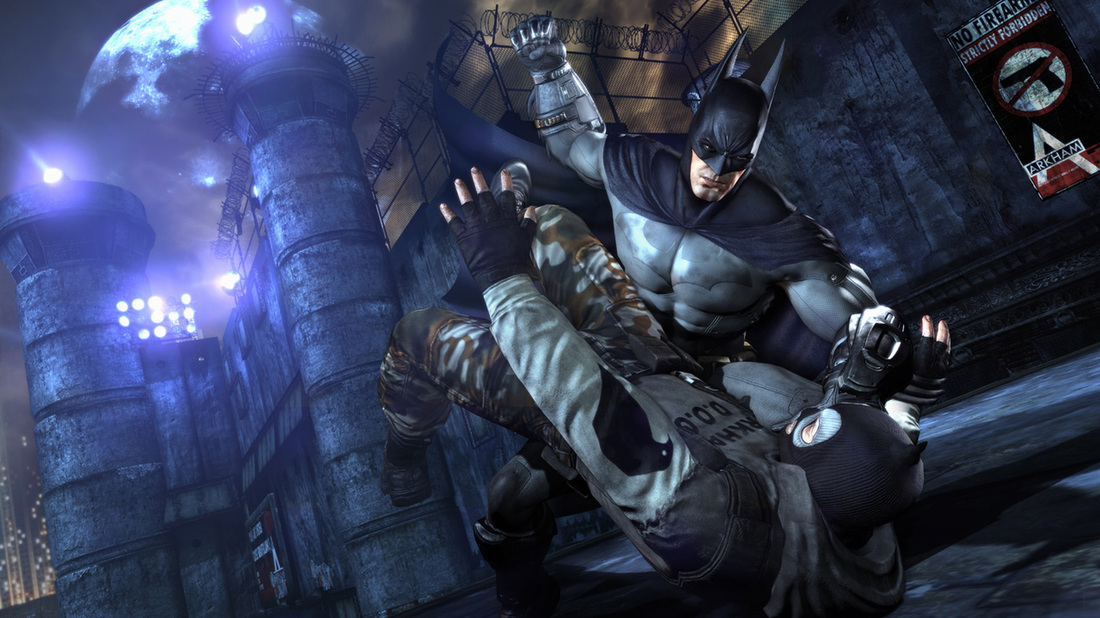 Arkham Asylum was praised for its simple yet reward combat system and it is the same here. Similar to the Assassin’s Creed combat, you’ll be switching between your gadgets mid fight to best handle the situation and you’ll also be countering attacks from all sides. The combat is relatively simple and lets you pull off gratifying moves with correct timing. The combat is simple enough to let ‘casual’ gamers to play the game and seem like a professional with Batman’s bone crunching moves and smooth slides and attacks. The overall combat fells very solid and smooth, letting you combo up chain attacks and counter-attacks to increase the amount of experience earned. Once in a high ranking combo, things become somewhat more intense and more hectic trying to keep the combo and not making a mistake to lose it.

Some of the many gadgets at the detective’s disposal includes: the Explosive Gel- which can blast through thin walls or lure a goon’s attention, the Batarang- Batman’s signature weapon used to take down goons from afar and Cryptographic Sequencer- a tool used to listen in on radio broadcast or decode encrypted data. Not all of Batman’s tools are for combat but regardless are numerous and useful on many occasions. Each gadget feels right to Batman’s arsenal and should be what he would use to tackle down crime and free Gotham from its evil scoundrels. 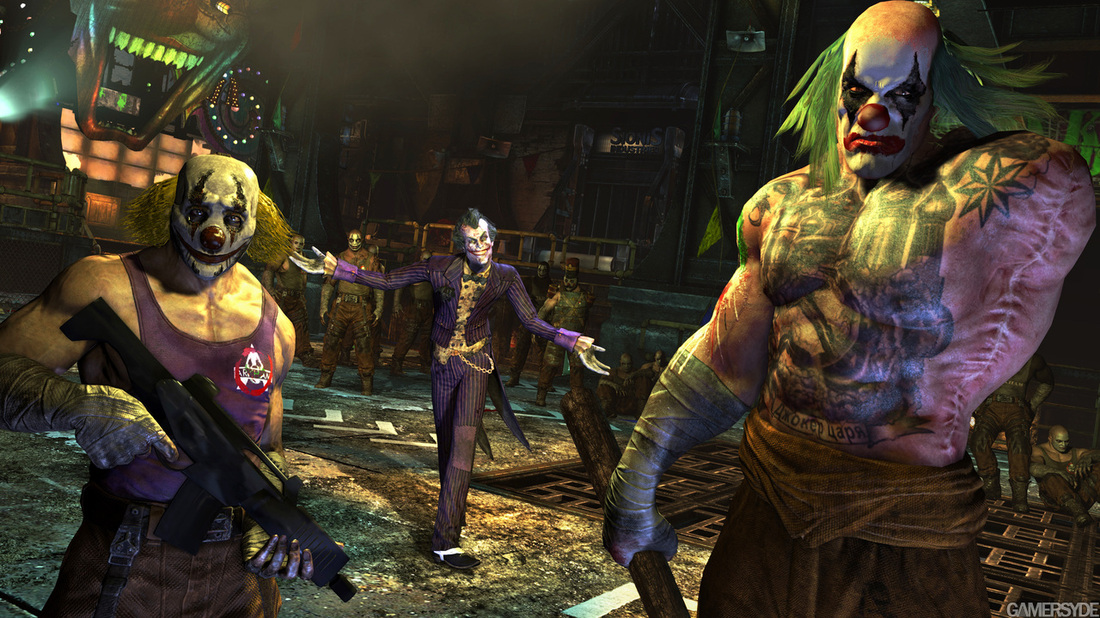 Gadgets can also be upgraded as well as Batman himself from experience chained up in high stringing combos during fights. Many of these upgrades allow the gadgets to perform secondary actions or enhancement. Upgrades for Batman are typical character upgrades such as more health, more special moves and more armour. The upgrade system feels somewhat unfulfilling, since many of the upgrade tree for the gadgets are already filled up from Arkham Asylum and most of the upgrades are obtained quickly once they become available.

Riddler Challenges place you into an arena to fend off against foes in multiple rounds, and will score you on your combos and variations in your combat style. Riddler trophies are found in the main game and are scattered throughout Arkham City. These involve some beneficial thinking and uses of your gadgets, whether it be time based or skill based. Collecting these trophies is somewhat addictive but the thing that hooked me on was solving riddles. The Riddler has hidden riddles for Batman to solve throughout the city in forms of interesting sights or a massive question mark. These riddles provide a backstory into Gotham City’s history of the building and characters. They reveal interesting information from the Batman comics and add some more life into this dark city.

Although being on the old yet popular Unreal Engine 3 Arkham City looks rather amazing, especially when it takes advantage of the PC’s capability. Arkham City has a Directx 11 mode- which wasn’t working too well at launch- which greatly enhances the overall look of the game. Regardless of Directx 11, the game still looks amazing. It manages to capture the dark essence of the more recent Batman Comics. The world is dark and filled with bright neon lights that convey the midnight and metropolis setting of the game.

Atmosphere was one the main reasons that Arkham Asylum received positive feedback and in Arkham City the atmosphere is more enhanced and darkened. All the characters that returned on the previous game are all the same and all the new characters have transcribed well into the video game world. One major graphical feature is the detective mode, which is what you’ll be using mostly throughout the game. Detective mode lets you see enemies through walls and vantage points to your advantage. It is in a slight blue tinge however. 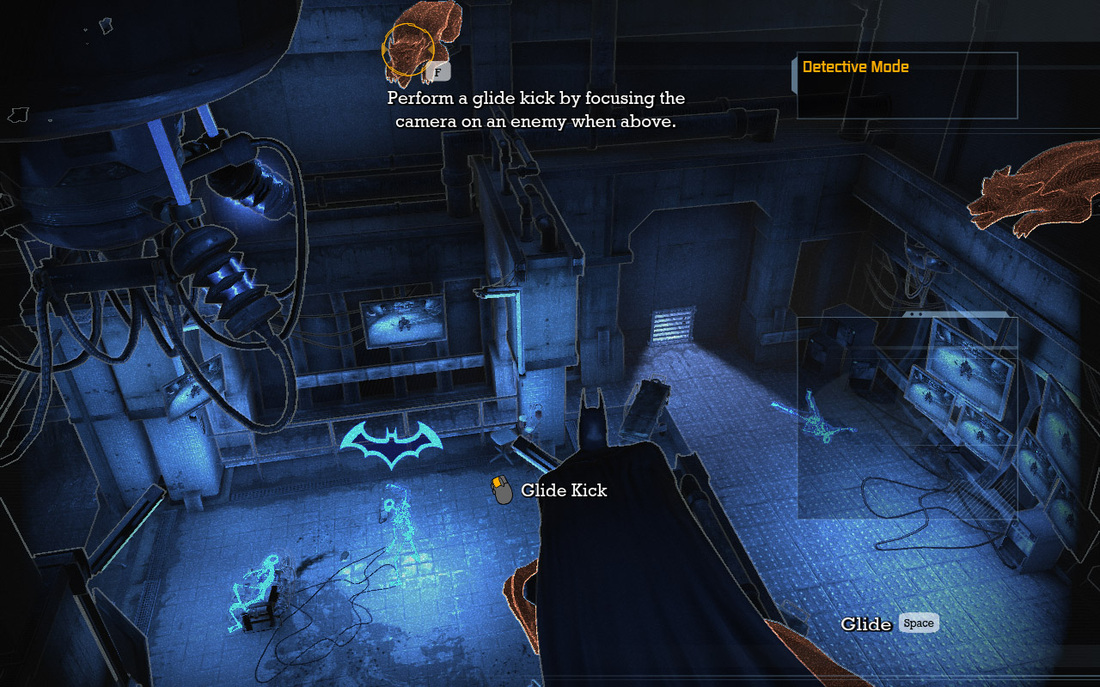 Batman Arkham Asylum sounds fantastic. There are orchestral scores that delve into the heat of the moment and some that enhances the already darkened atmosphere. Well, I’m not really into how the game sounds and this is usually the weaker part of the review- regardless the game does have some impressive voice acting. Mark Hamill who has been voicing the Joker in many animations for many years has returned to voice- you guessed it- the Joker. A Batman game without the Jedi voicing the joker isn’t a Batman game at all. All the other voices seem to gleam with their character completing their transformation from comic books into video game.

Batman Arkham City is simply an amazing game. It builds upon the success of Arkham Asylum and manages to capture the feeling of the dark knight. The open city never hindered the game and the combat is still as fluid and fun as ever. Exploring through Arkham City; completing and solving the many mysteries and encounters with many villains are enough to arouse any Batman fan. If there were ever clues that superhero games can work well, this is the prime example. 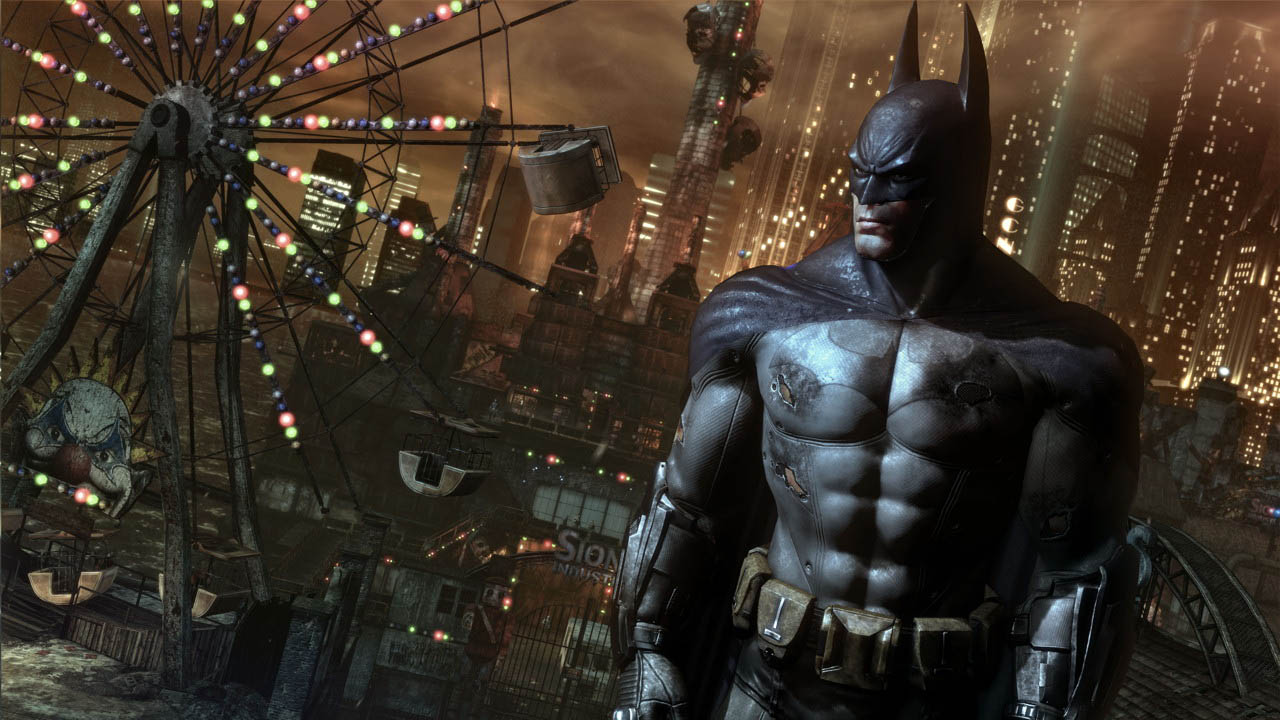 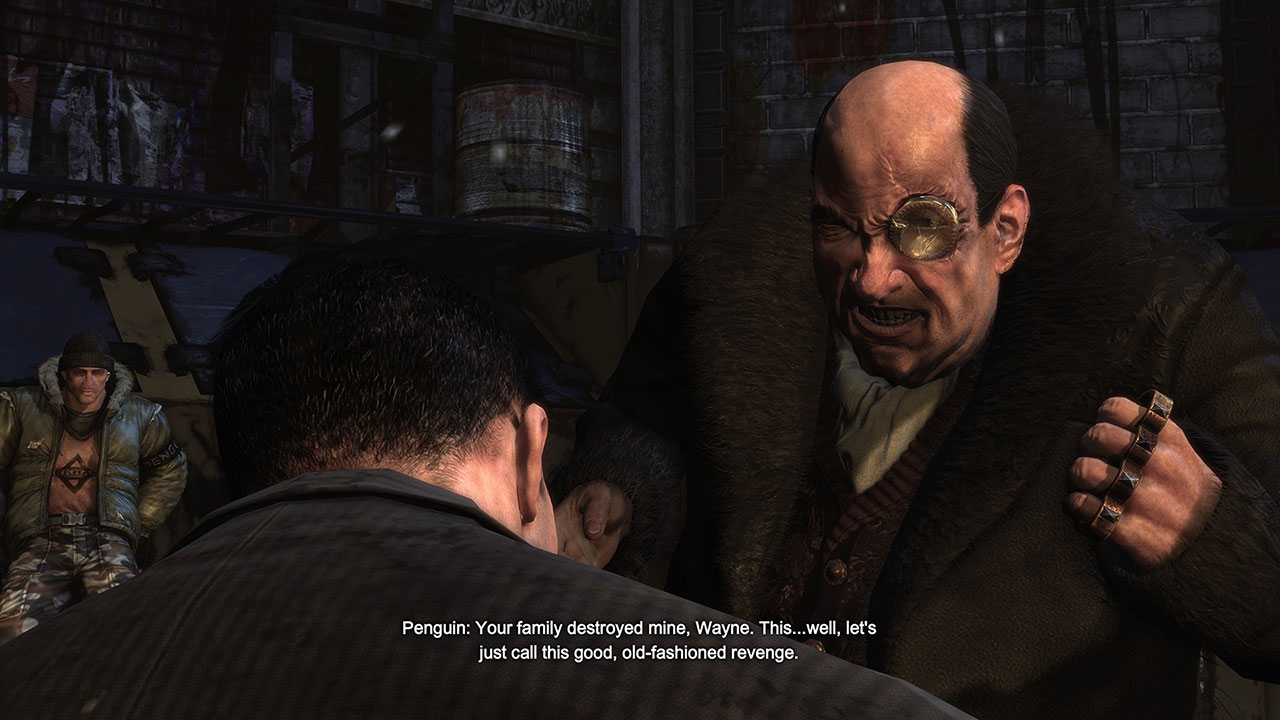 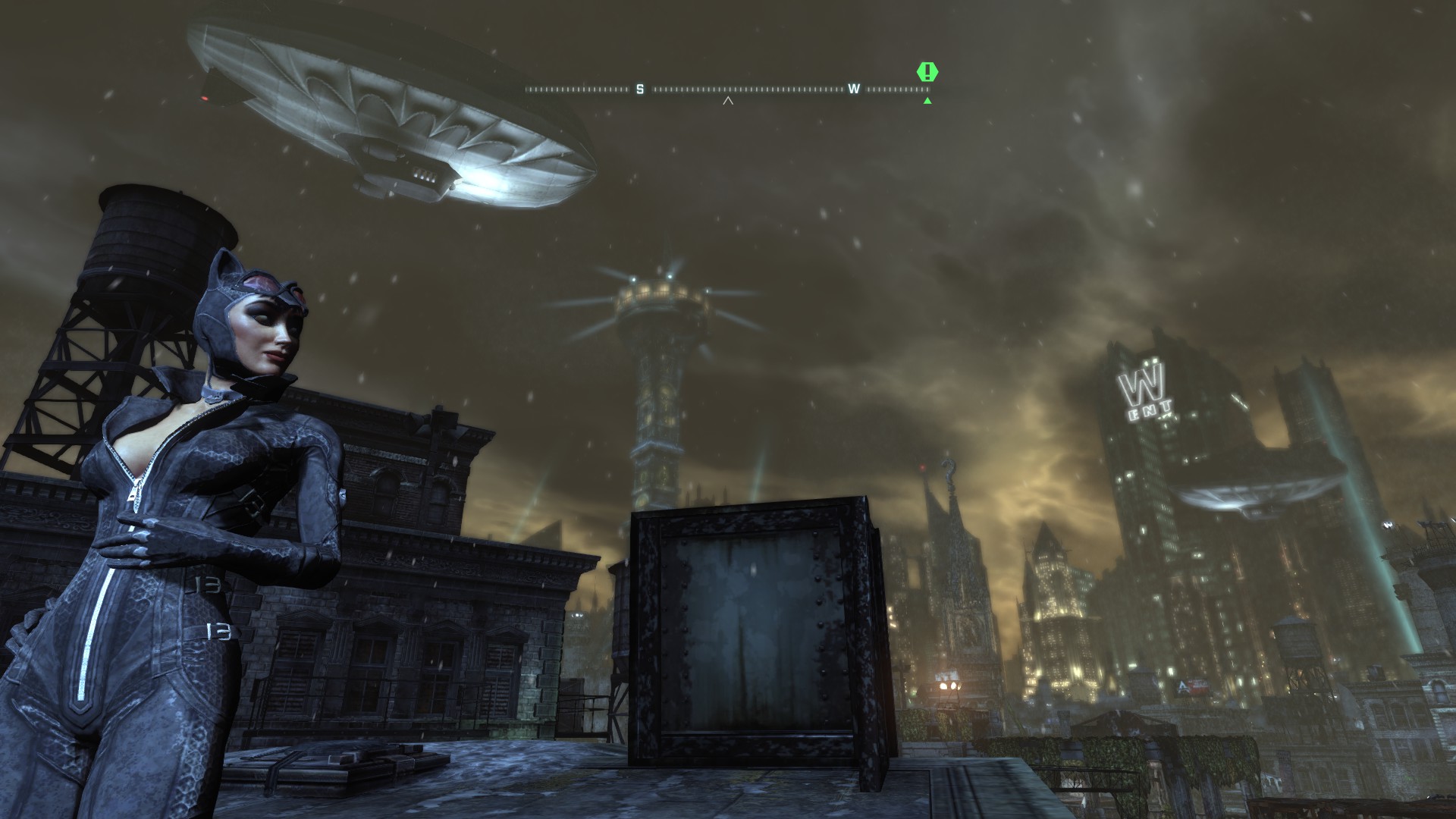 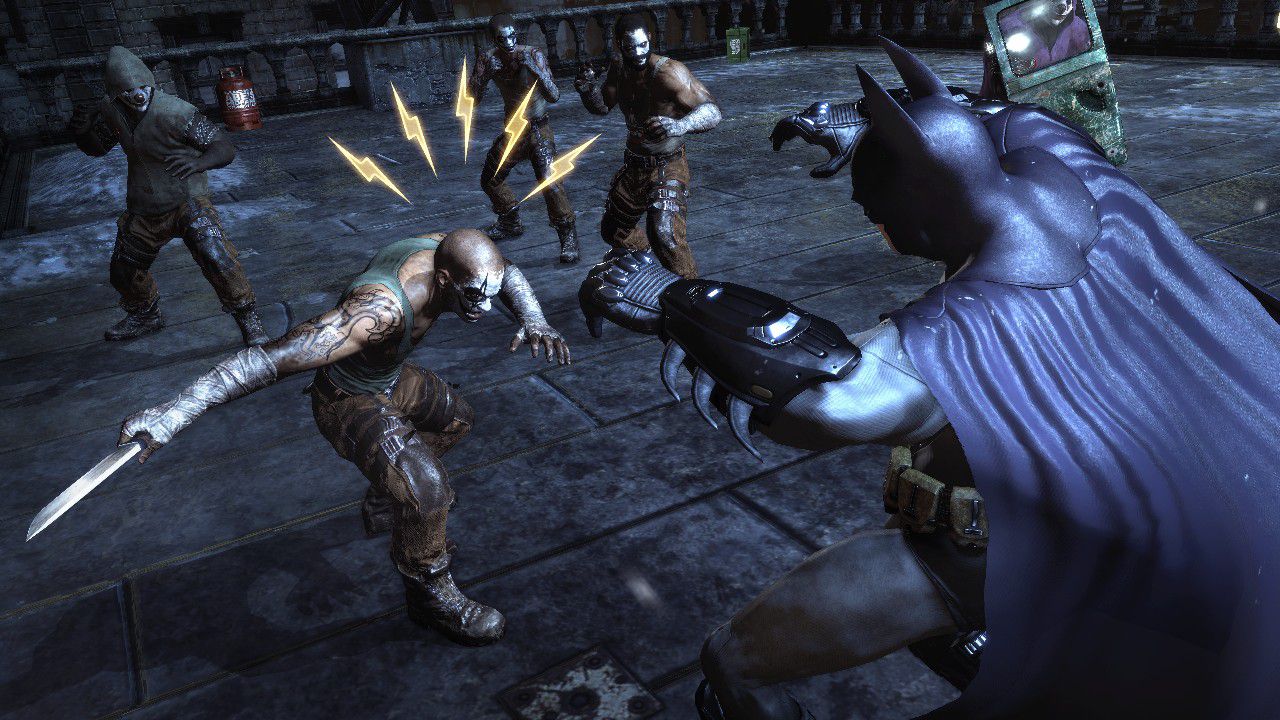