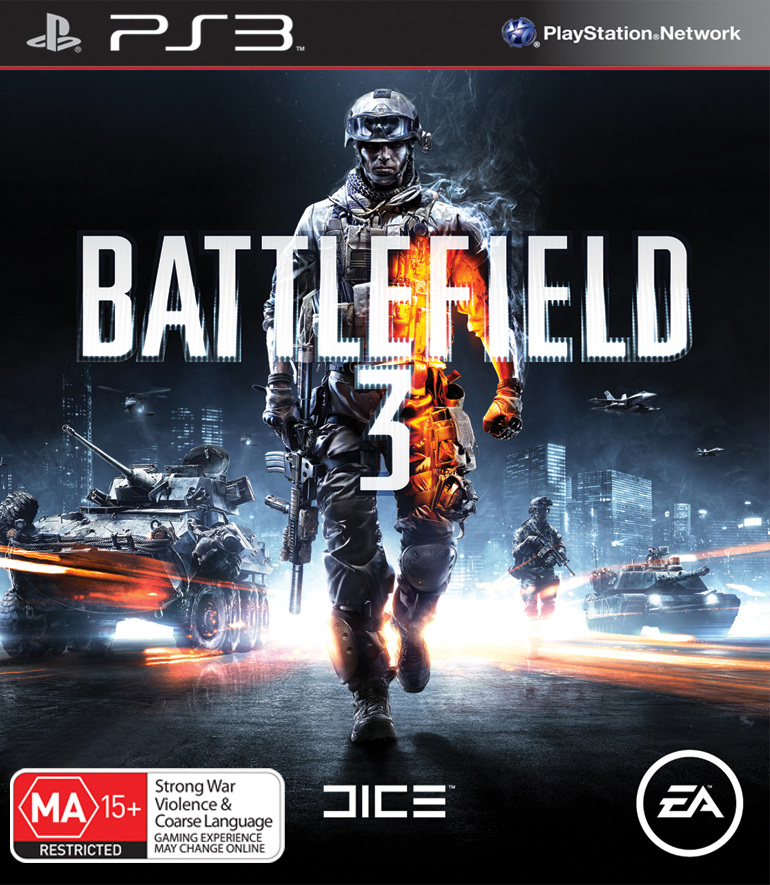 The Battlefield series is one of the longest running and appreciated first person shooter series in the gaming scene. When Battlefield 1942 was released nearly a decade ago, the whole genre of multiplayer first person shooters was revolutionized and forever changed the way gamers play online. DICE or known as Digital Illusions, created an absolutely groundbreaking multiplayer only game which encouraged teamwork, strategy and coordination. Now, nearly ten years later they once again deliver another stunning masterpiece, which further raises the standard of all first person shooter games. Battlefield 3 is a direct statement from DICE that they are still capable of creating an absolutely captivating and extraordinary game and is able to withstand the ultimate test of time.

Battlefield 3 is astonishing and utterly breathtaking. In a single package, DICE has managed to provide a sweet yet short realistic single player campaign while simultaneously including a phenomenal multiplayer component, which is so intricate that it is able to provide hundreds of hours of pure addiction. The single player provides players a realistic portrayal of war in the Middle East however is ultimately let down due to its short length and other small annoyances. 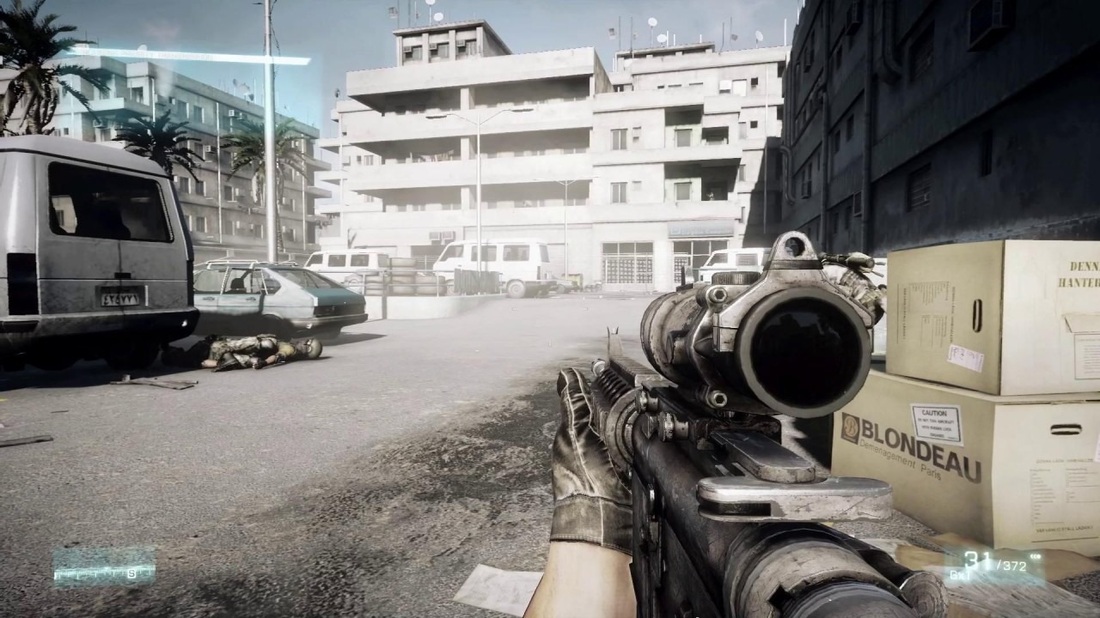 It is a growing trend that first person shooters entail a short campaign, which is compensated with set pieces that will linger long in the player’s mind. Battlefield 3 unfortunately decided to follow this trend and the campaign provided is only six hours long on normal difficulty. Throughout the campaign there are a handful of memorable and enticing moments that you will remember for the months to come however these are simply not enough to rectify the very short length of the single player. The single player focuses combat in the Middle East however there are certain missions that take place in urban areas, which does provide a sense of variety and prevents the game turning too bland. If DICE included a lengthier single player campaign, Battlefield 3 would be the complete package for any shooter fan.

The plot of Battlefield 3 is played from a flashback and the main player, Blackburn is being interrogated and all the events recalled are played. As far as the plot goes, it is quite cliché and deals with terrorists with nuclear weapons. Big surprise, right? Cut scenes in the present propel the game forward launching new missions and revealing more of the storyline. To be frank, Battlefield 3’s campaign really does not offer anything groundbreaking, and instead follows the footsteps of successful games like Call of Duty and just expands upon them. However, most gamers, who are interested in Battlefield, do so for it’s amazing multiplayer and not it’s lackluster single player campaign. Battlefield 3’s campaign is rather a weak attempt and could have been much more if more effort was put in.

Another frustrating point that should be noted is the shear number of unnecessary quick time events, which negatively impact the single player experience. During the course of the campaign there are at least ten scripted quick time event moments, which does grow tedious, and ultimately is just not needed. A strong and powerful single player experience should captivate and immerse the player however Battlefield 3 draws the player away with so many intrusive and unnecessary quick time events that do not serve any real purpose. Rather than creating a realistic atmosphere these quick time events are actually an annoyance and a distraction from the story. Implementing quick time events was silly move that costs DICE from creating the perfect game it was aiming for. Such a small feature has in fact made the game harder and more frustrating to play. Battlefield 3 also has a lot more scripted events than your average shooter, and you will find yourself constantly waiting for the A.I to open doors and do actions in order to continue the mission. This can be annoying too, as a lot of time will be spent waiting for the game to catch up to you. Most likely, DICE implemented quick time events and heavy usage of scripts to try and immerse the player however this effort ultimately backfired and created more annoyances than originally intended. An interesting point that should be noted is that Battlefield 3’s campaign is also significantly more difficult than your average shooter. This is certainly not a complaint or fault, however it was a rather interesting move from DICE to incorporate such a high difficulty campaign. The player will die from just a few bullets and this may even be a move from DICE to extend the short campaign to a few hours longer.

Graphics are becoming more and more important in this current generation of video games and Battlefield 3 is certainly a beautiful and sharp game visually. Although it is not as graphically powerful as games like Uncharted and Gears of War, Battlefield 3 can proudly stand as one of the best looking games to hit consoles for a while. Most of the time textures are sharp and despite the frame rate being locked at 30, Battlefield runs smoothly in the most intense situations. As sharp as the graphics are, if you take a close look at some objects they will appear blurry which is a bit of let down. Overall though, graphics are sharp and beautiful and is definitely above average. 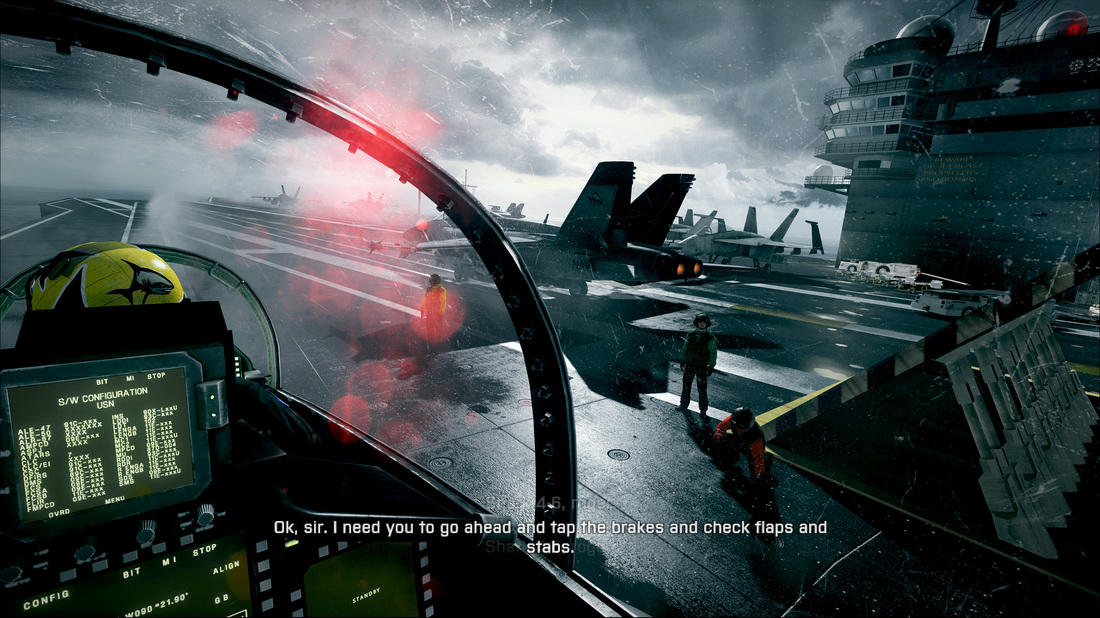 The main attraction in Battlefield 3 and the entire franchise has always been the insane and epic multiplayer components which can satisfy the most hardcore gamer. Battlefield 3’s multiplayer is almost an entirely different story to its single player campaign and the amount of depth and immersion it offers is just astonishing. The multiplayer features an amazing large array of weapons, ranks, unlocks and the entire multiplayer experience is just captivating. Furthermore, the balance between classes and vehicles is just perfected, as there are no overpowered weapons that significantly outclass the other. The multiplayer portion of Battlefield 3 is just almost close to perfection and may just be one of the strongest multiplayer games of the generation.

The Battlefield online environment has always been about unlocking new weapons and specializations and this system is great as it encourages players to gain as many points as possible. During the course of your multiplayer career you will unlock at least fifty unlocks and they range from new weapons to equipment. Ranking up is no longer a simple transition to a higher level but rather the unlocking of brand new equipment, which lets you play the game as you want. The shear amounts of different weapons that can be unlocked are very impressive and really do provide an addicting reason to keep playing and ranking up. There are a total of forty-eight different weapons that can be unlocked and they range from sniper rifles to light machineguns. Needless to say, players will spend countless hours trying to unlock the best and most deadly weapons. 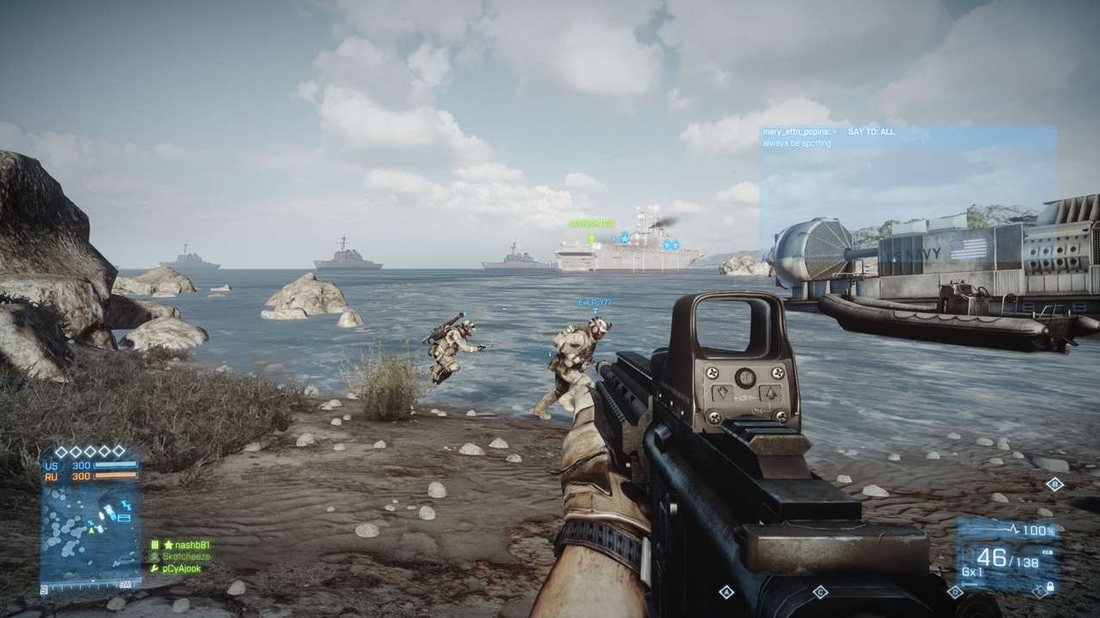 Furthermore, Battlefield 3 includes nine large and varied maps, which take place in countries, like Iran and France. All the maps have a distinct feel to them and really do manage to differentiate themselves from each other. Maps have to cater to both the Rush and Conquest game modes, and evidently DICE would have run into difficulty creating maps that are balanced for both modes. Fortunately most of the maps are very well designed with appropriate chock points and bottlenecks, which really does flow well with the game modes. Thanks to the well-designed maps, players will frequently have intense firefights and working as a team becomes a necessity, which has always been the playing style of Battlefield. In short, the large majorities of the maps are excellent to play and are very well balanced. DICE really hit the nail hard in this area and really should be commended for it’s great work. The online atmosphere must be examined too because this is an area in which DICE really have outdone itself. The general atmosphere of Battlefield 3 is an intense, gritty shooter with vehicles, which have to power to change the tide of battle. This game simply offers a unique and utterly amazing online atmosphere.

Despite the almost perfect multiplayer experience, Battlefield 3 does have technical problems and unfortunately it has more than a handful. From just the first few hours spent online, problems such as complete system crashes, freezing multiplayer games and random boots were met and this was rather disappointing as the online environment was just so immersive. All these problems are also quite serious and although on launch day problems are expected, these problems are just too serious to be accepted as normal.

DICE has already released a few patches in order to solve these issues and after a few hours, the game is more stable. However, the time before the patched were rolled out the game was quite unstable and glitches happened frequently. It should also be noted that this review is an analysis of the game on launch date, so some technical issues may be resolved from patched and updates. To sum it up, on launch date and a few days after Battlefield 3 was hindered by some serious glitches, which almost ruined the game’s near perfect online component. 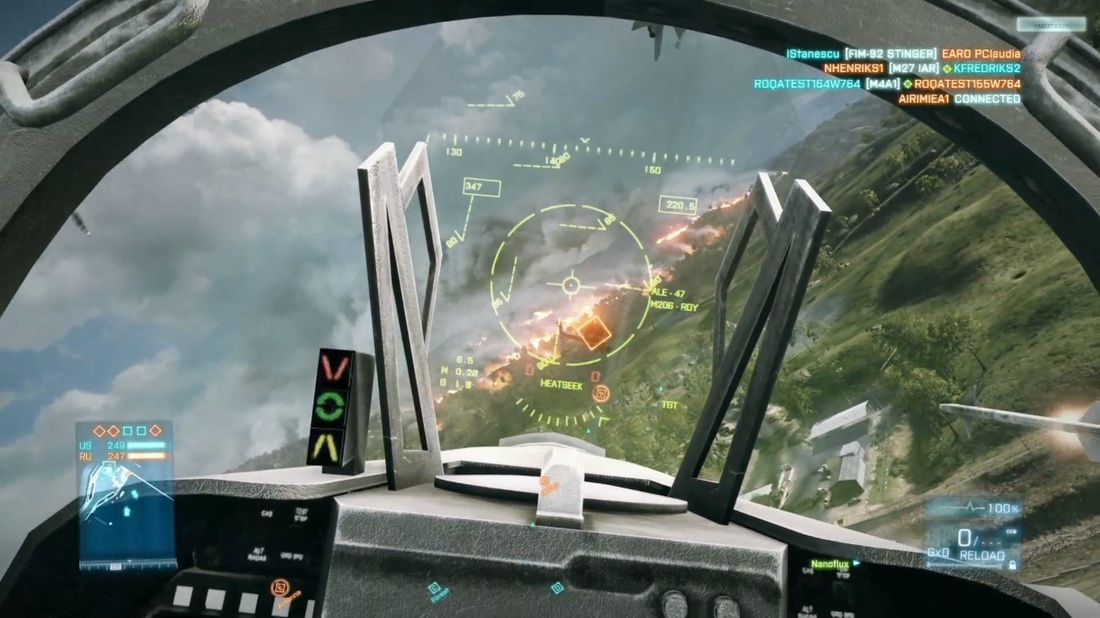 Overall, Battlefield 3 is one of the most impressive shooters to hit this generation of gaming and offers one of the most intense and outstanding multiplayer experiences ever.  The level of immersion from bullets whizzing past to jets flying overhead is just astounding. The single player could have been so much more though and had so much potential of being a gritty portrayal of modern warfare. Nonetheless, the multiplayer of Battlefield 3 is just unmatched and is one of the best experiences available today. If you are a shooter fan, you must pick up Battlefield 3 and prepare to be captivated by it’s addicting and exceptional multiplayer, which was what Battlefield has always been about. 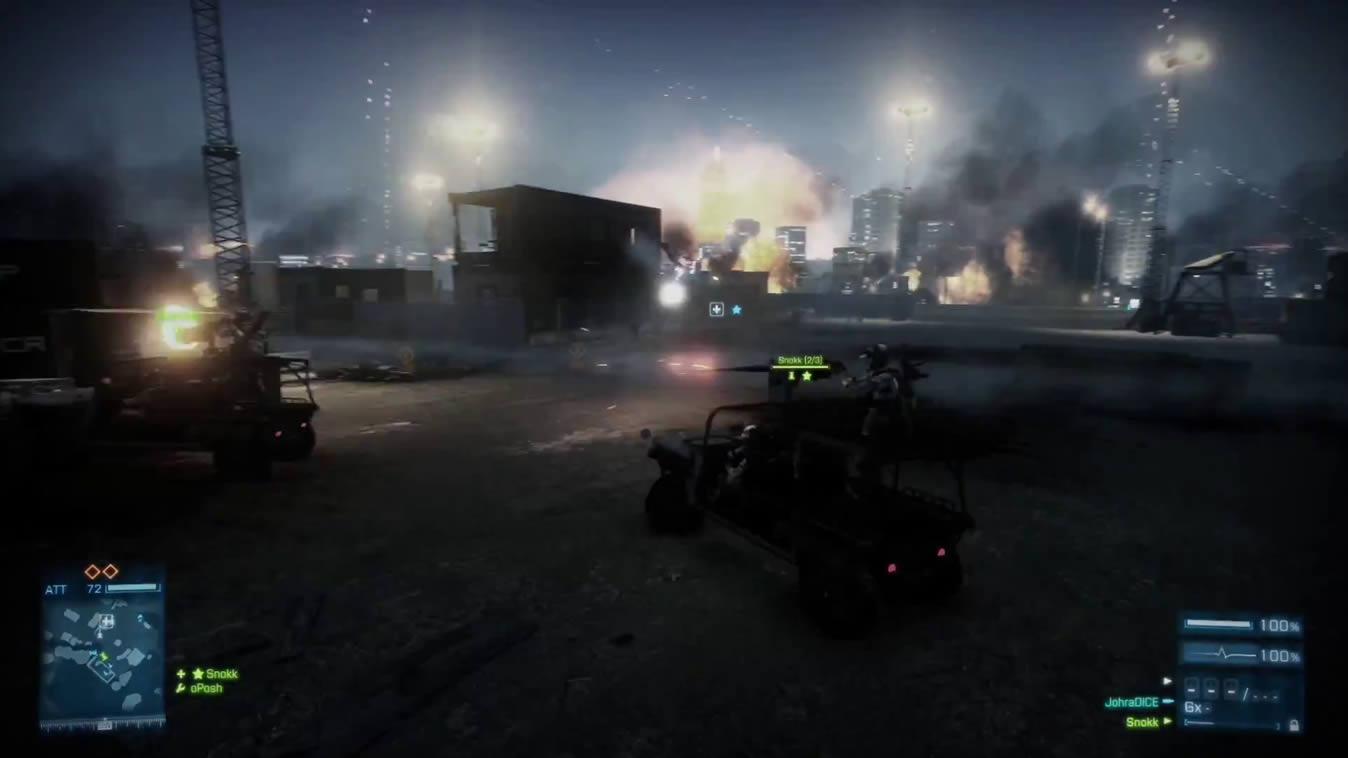 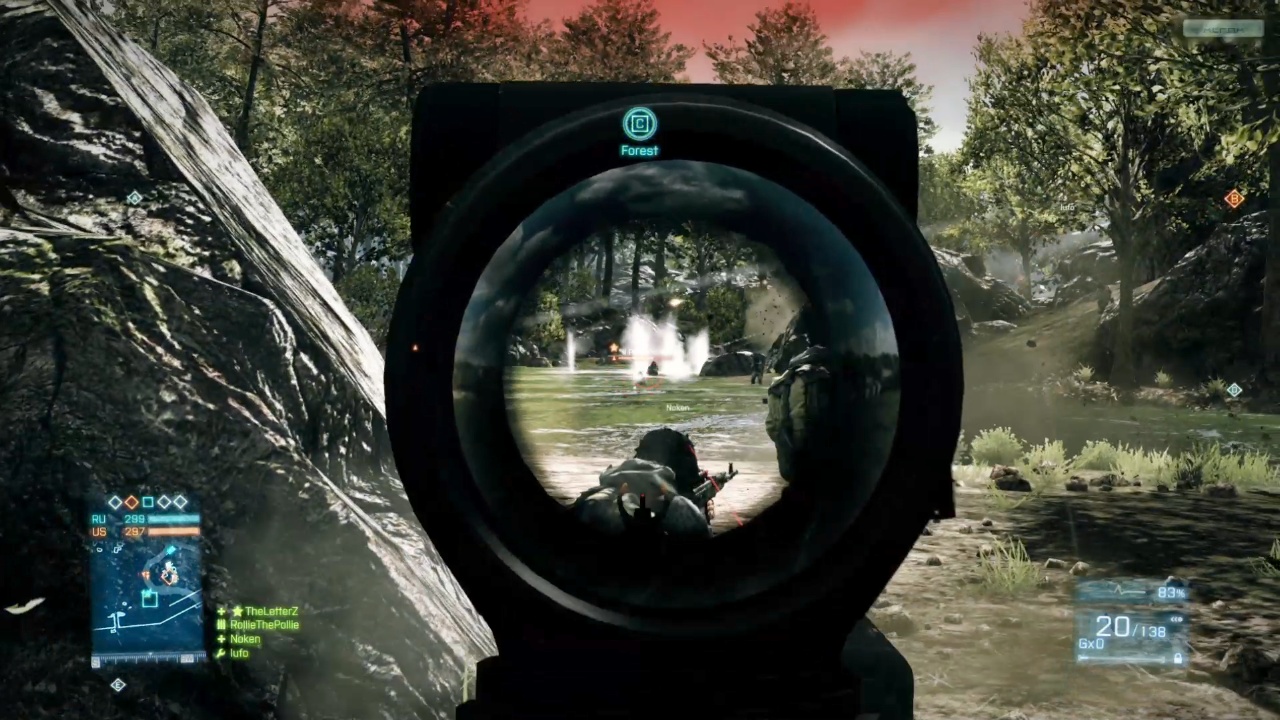 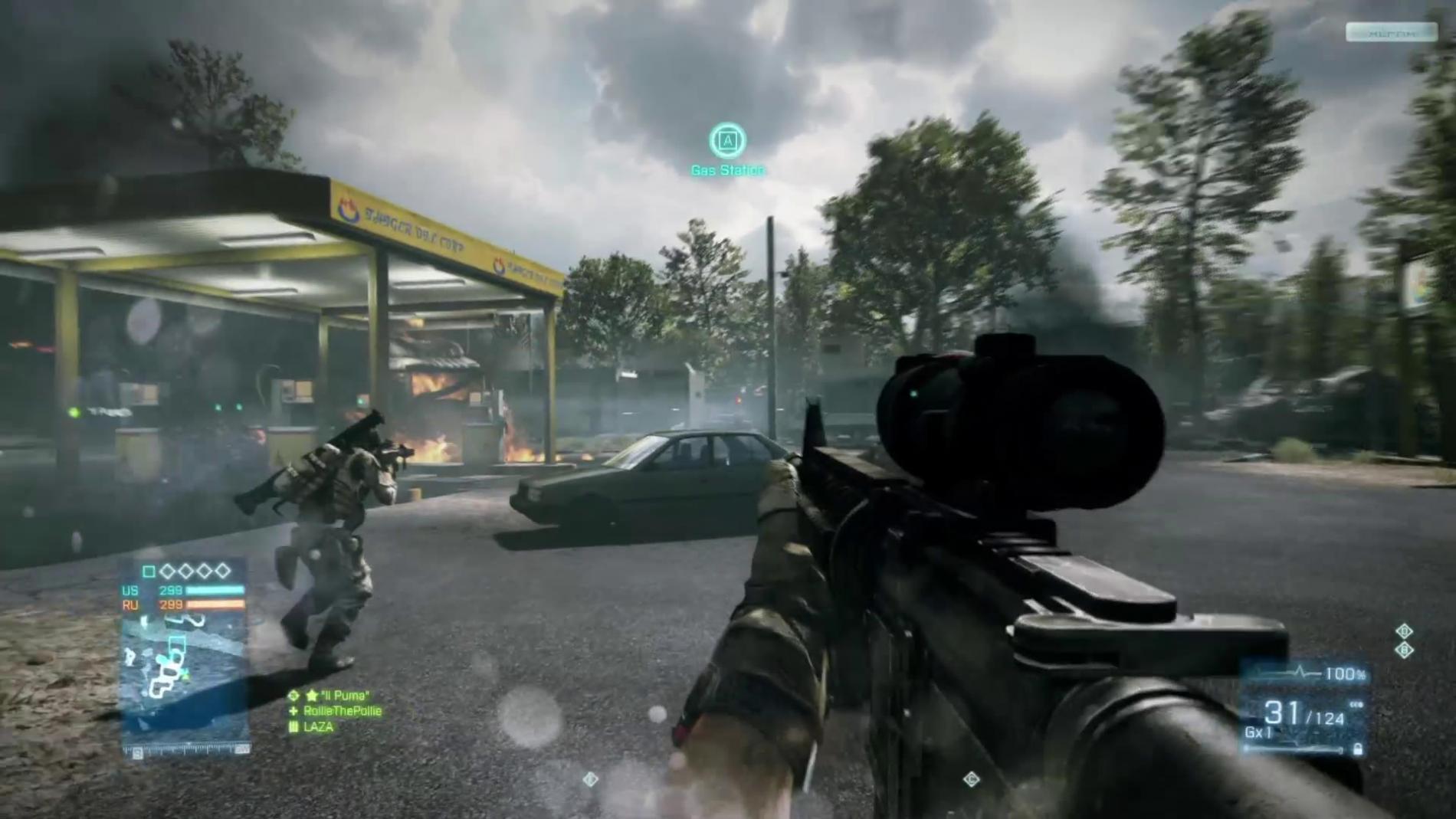 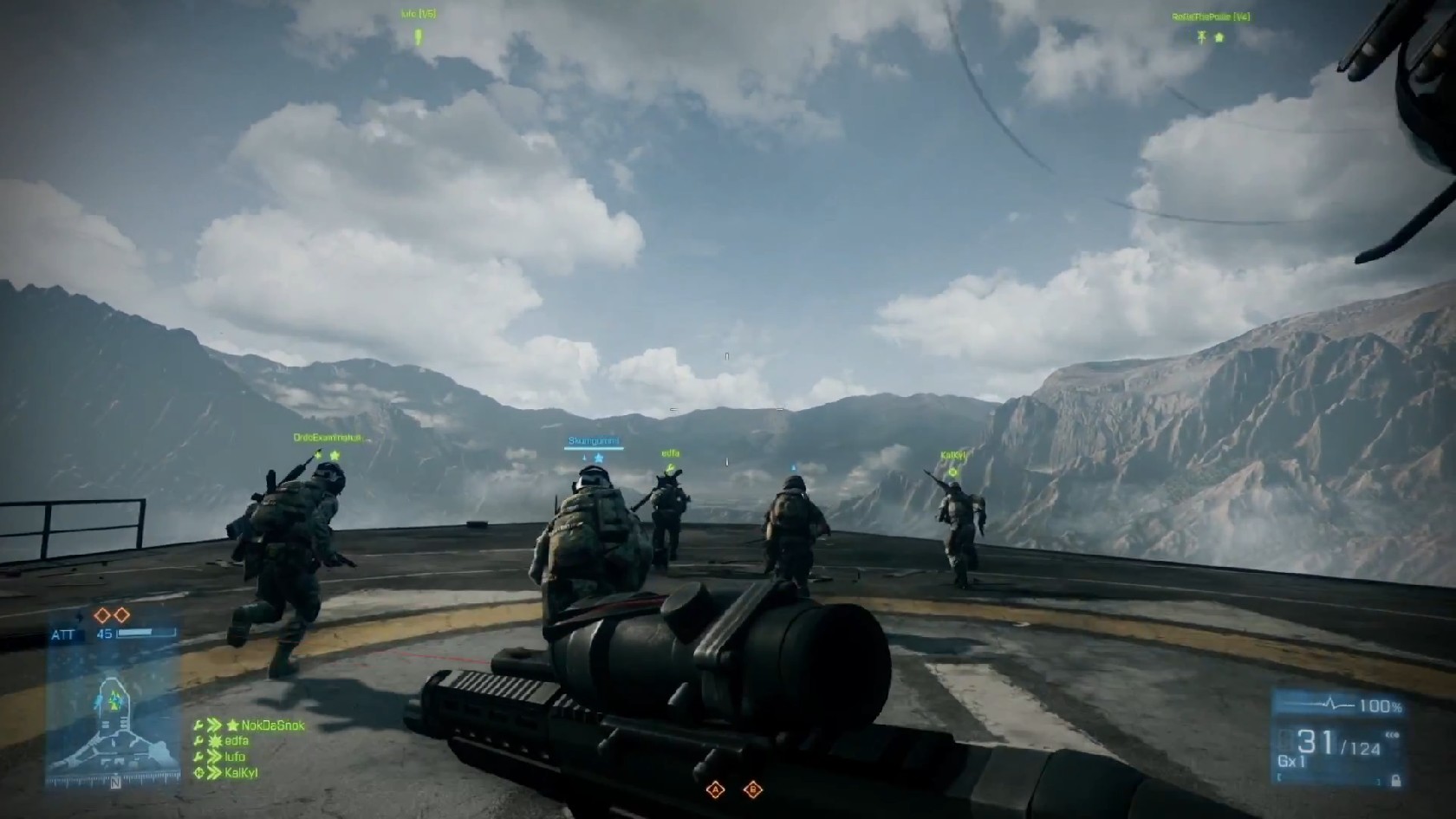 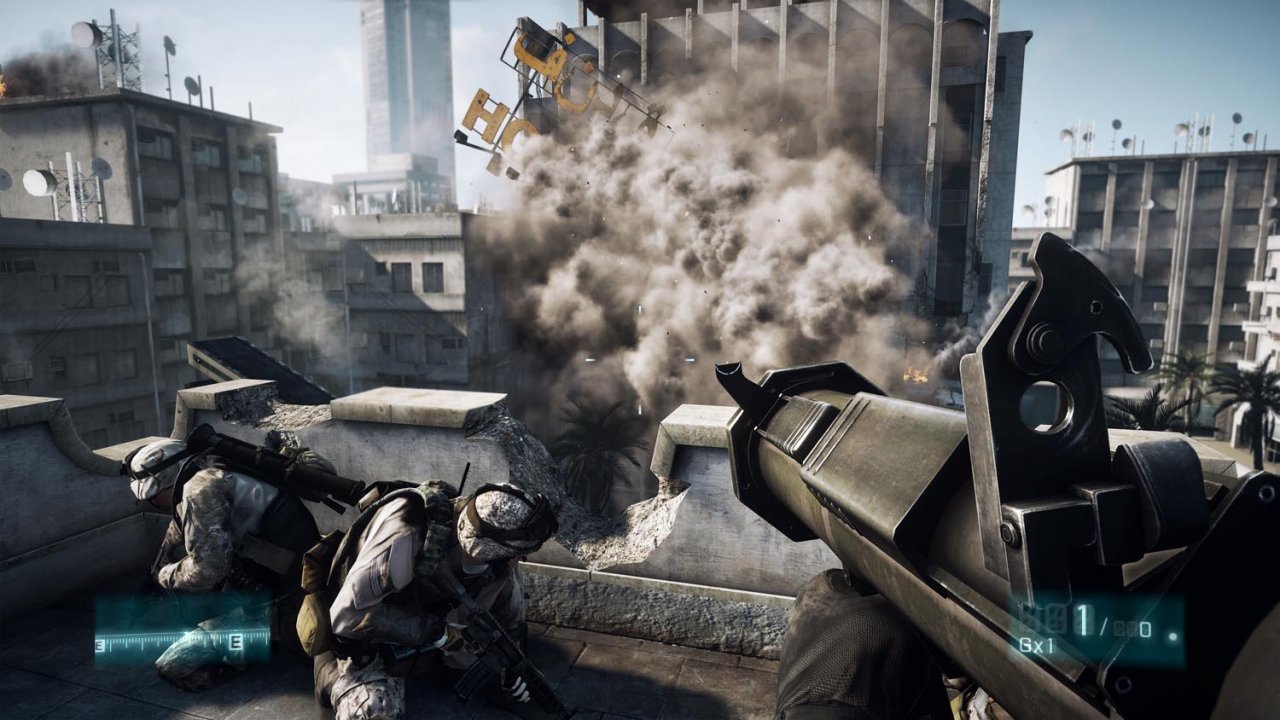