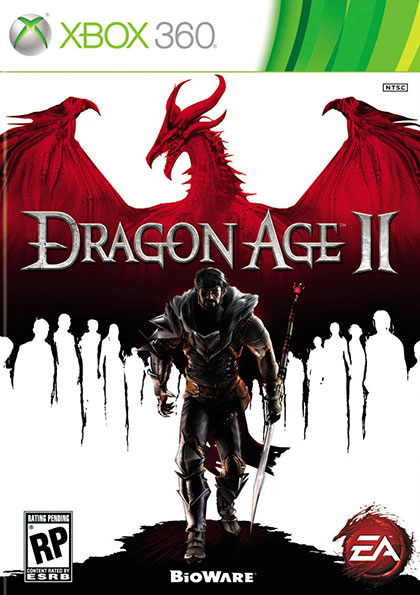 Dragon Age: Origins was the smash hit that was basically a much deeper and darker mass effect in the Dungeon and Dragons universe. After that hit, EA seems to have rushed Bioware into finishing this relatively unpolished. With some of the same bugs and glitches from origins, the game has taken a step back from the customizable characters from origins and went with pre-made ones instead. Dragon Age II is still a good game despite these few misconceptions. 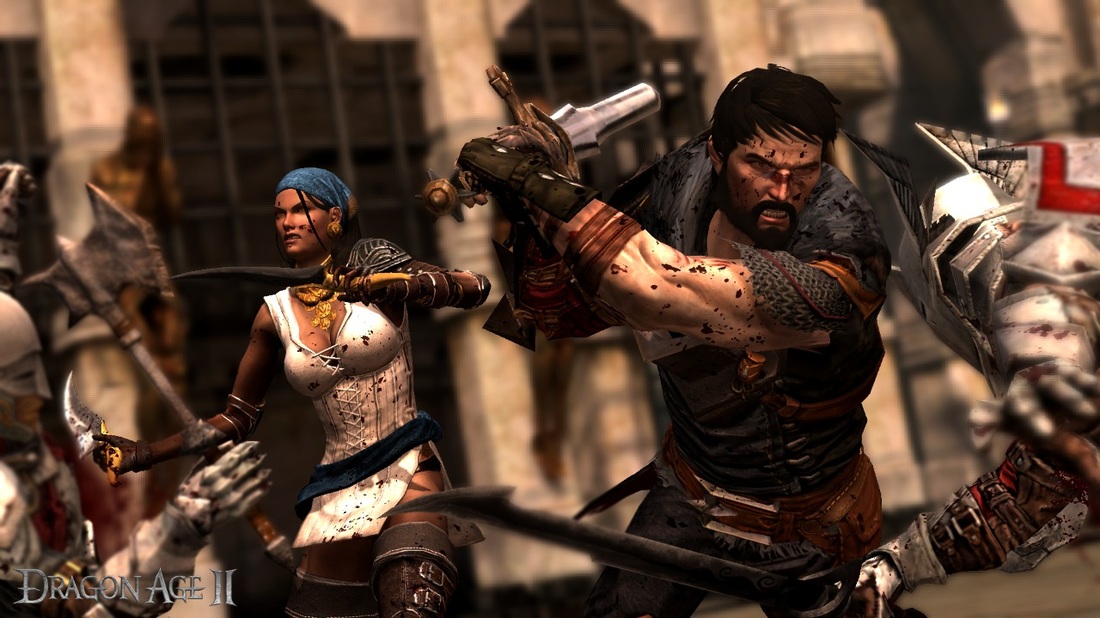 Set in the same world and around the same time period as Dragon Age Origins- Dragon Age II explores the aftermath of the fifth blight between the heroic Grey Wardens and the tainted Darkspawn. You are Hawke, an escapee from the village of Lothering after the invasion of the Darkspawn themselves. Your story is told by Varic, your very own companion who tells the story of the champion for a Seeker of the chantry. The story begins as Hawke is met by the Witch of the Wilds who saves you from a bunch of Darkspawn; the only safe place left is to travel north, from Ferelden to Kirkwall a slave city. There you work hard to gain entrance and work even harder to gain a house. Although promised a family estate, the only way to live the high life is an expedition to the Deep Roads, filled with treasures and monsters.

First things first, the customization of your character has been sliced. No more dwarf heroes, no Elves or the third sex, just pre-made humans in three classes; Warrior, Mage or rouge. Then the only customization is facial. Nothing complicated, just a much more linear and story focused RPG. With that said, the story can be a bit of a bore some times, since the fact the game doesn’t explain any obvious goal apart from the Deep roads, which is only about a third of the game. Then after that, nothing is explained about major quests, or even mentions of the Blight. In Origins, the main objective was made very clear- to kill the Archdemon but here- nothing.

Dragon Age II has a much better combat system than Origins. The game isn’t as RPG, and it’s a fact but more action. Instead of just targeting and initialising an attack like before, you need to actually spam attack for your character to attack, not just sitting there letting the Ai handle it. Your teammate Ai is quite good and the tactics and their behaviour can be tweaked better to your liking. Although you may have to switch to them every now and then so they can heal or run away when low on health. Kiting is very common in Dragon Age II as was in Origins but here it happens much quicker due to the more action packed combat. 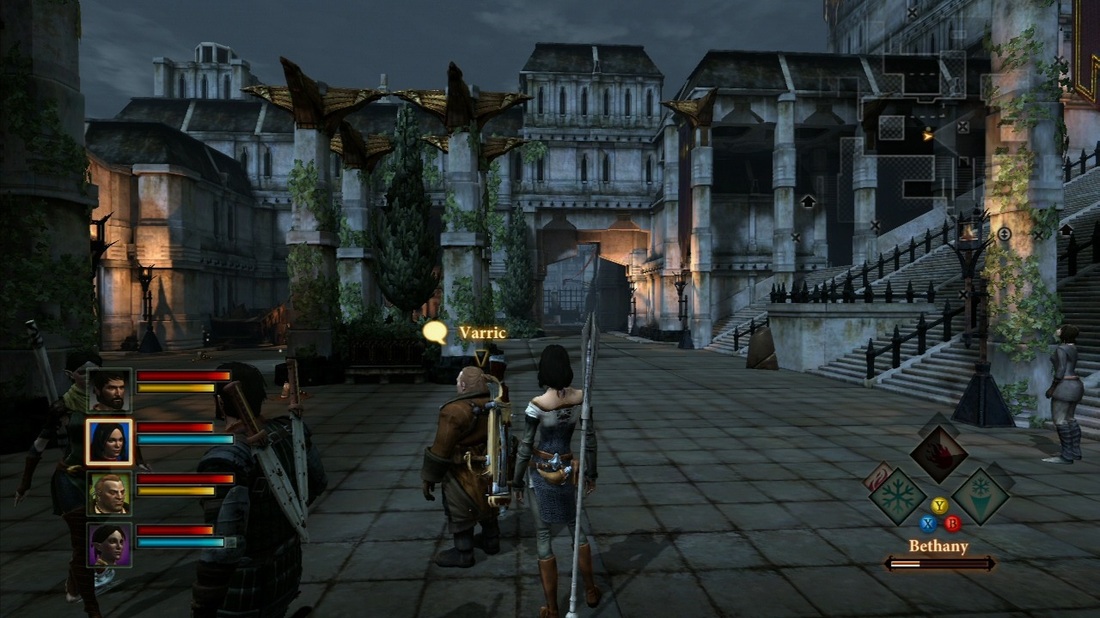 One thing from the combat that felt great in Origins were the finisher moves, once your character does enough damage he/she performs a brutal finishing move, but it’s all gone. Each attack now has a bit more weight into it, so they feel more violent than ever. The game looks slightly better considering Origins looked great but the monster here are the stand out. Many return from Origins and many are new to the franchise. Dragons, Darkspawn or even demons and apostates all look the same from Origins but with some slight fixes here and there. The new race is the Qunari who look like long relatives of Kratos the God of War. They are not playable but play a large part in the story later on. Weapons and equipment are as plentiful as ever with enhancements coming back. With many equipment there are many side quests to keep you busy to some main story it lacks. The side stories involve collecting things, killing things or sweet talking to…things and there are heaps of side quests with heaps of loot and rewards.

Dialogue is another major point worth discussing as with most of Bioware’s games. But now the dialogue is less rewarding and more boring than ever. Next to your little dialogue selection are little pictures telling you the direct impact of your speech path. This removes any risk and enjoyment of finding out which dialogue leads to where. So basically the game has been stripped of most immersive mechanics. On top of that there are virtually little locations you can visit, and most of them are inside the city of Kirkwall itself. There is a new day and night selection for places in Kirkwall but it is rather unintimidating. The voices themselves in the dialogue are handled quite well, with typical heroic voicing or the weak suffering ones. Though the voices do sometimes don’t play out and may become a hindrance for the full immersion. 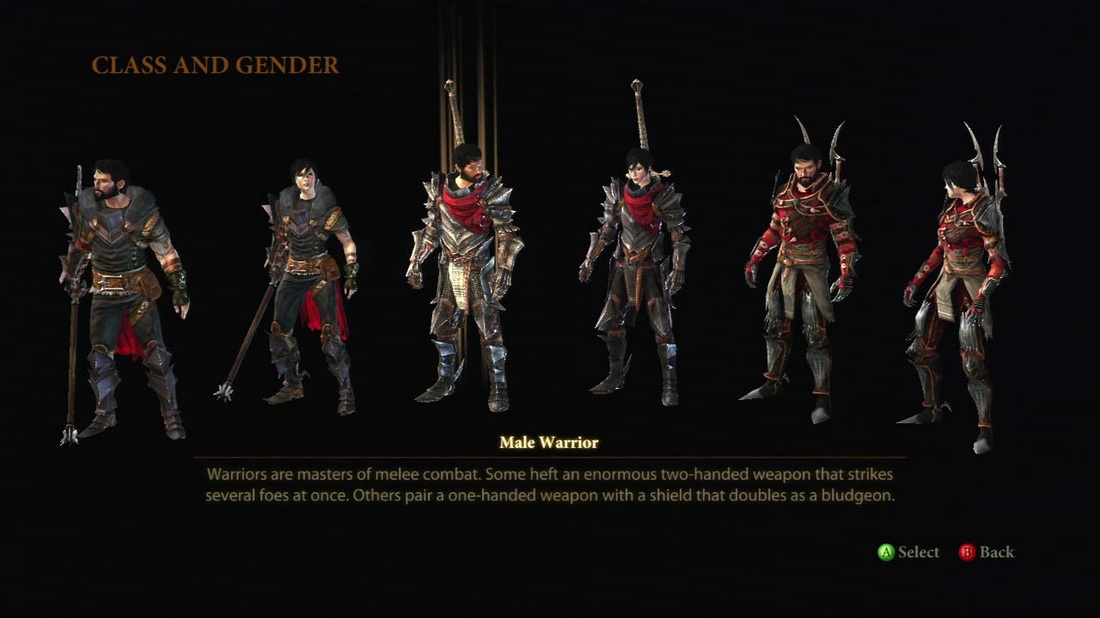 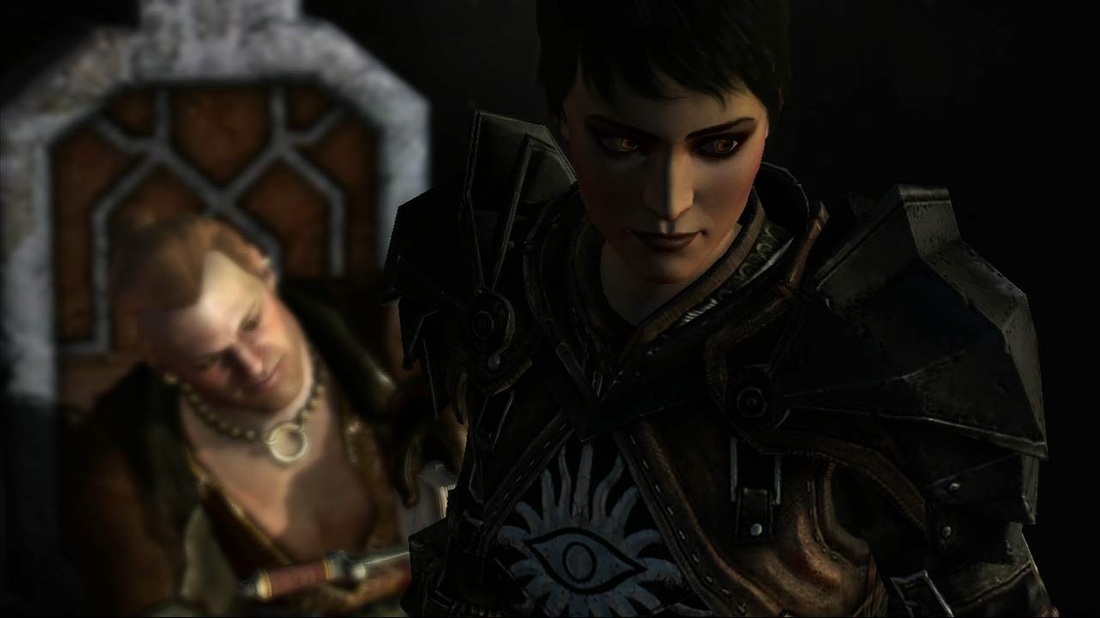 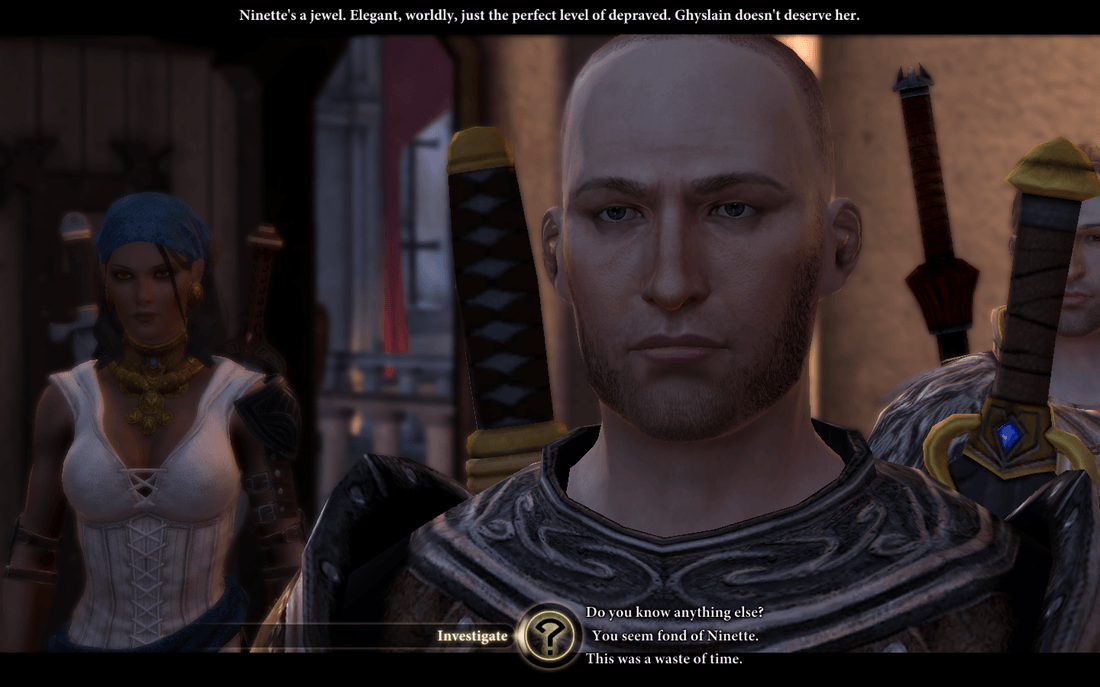 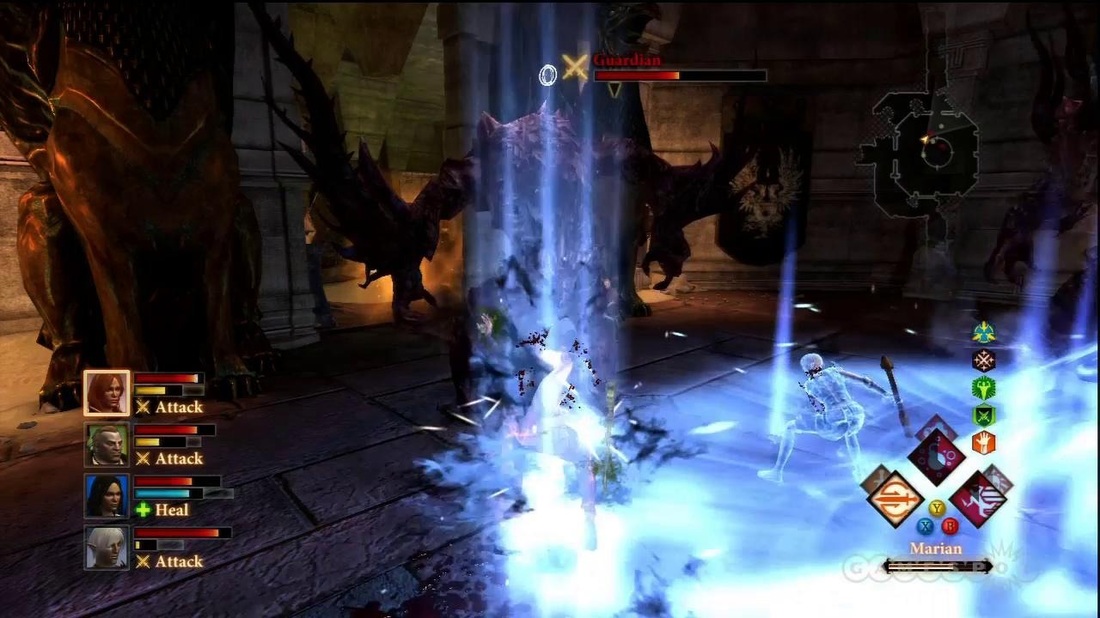 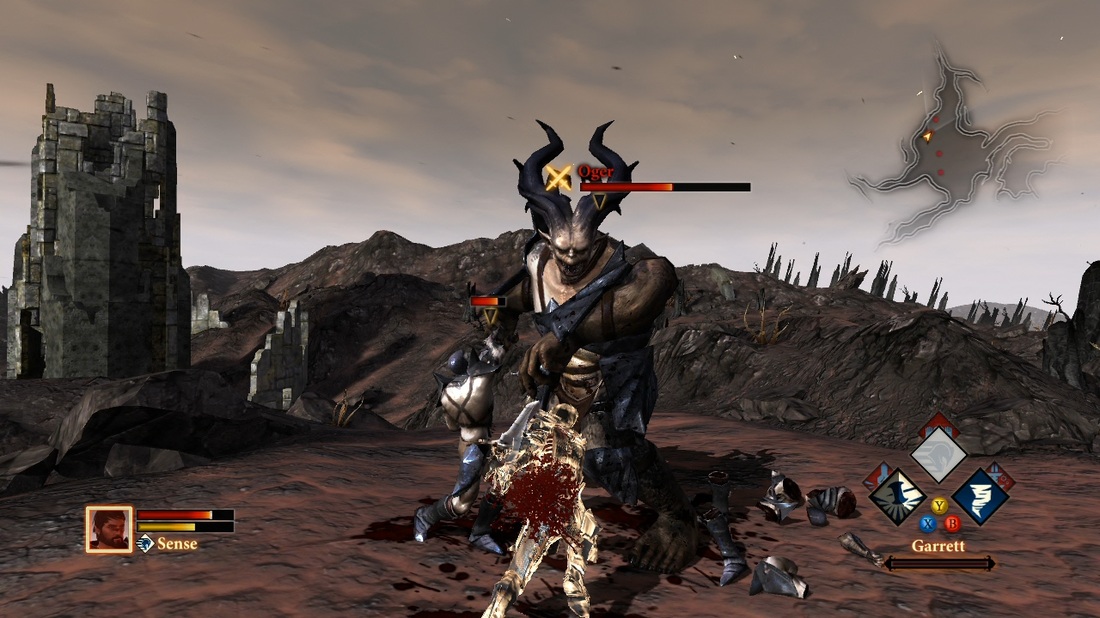 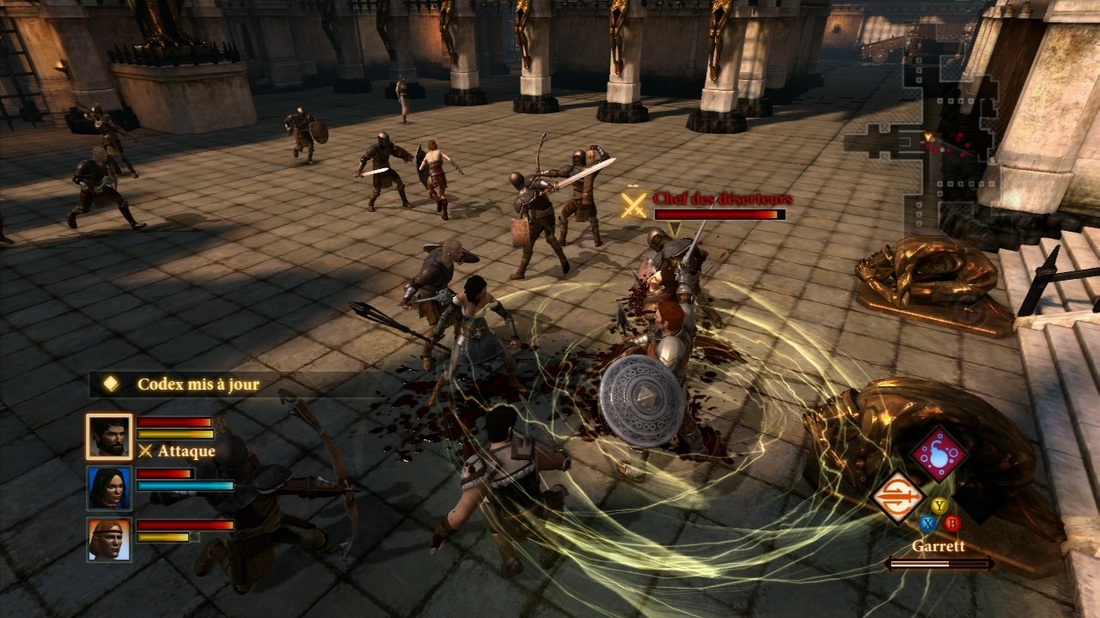 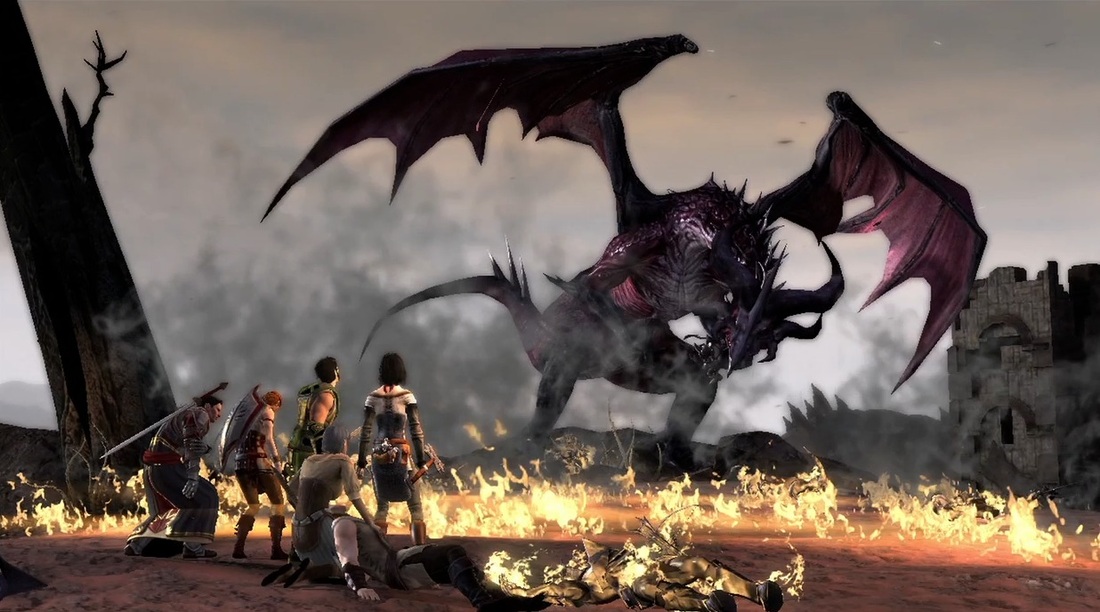