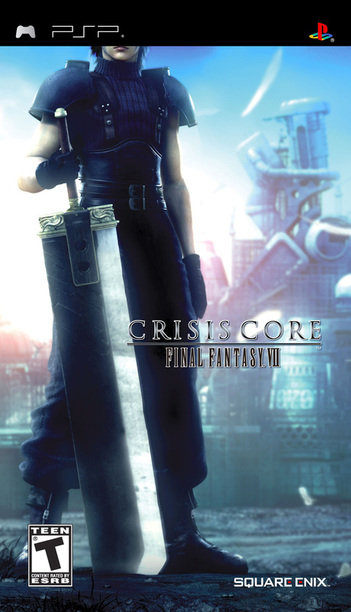 With a week of Final Fantasy today I will tell you about a special game, Final Fantasy VII. This time it has expanded Its branches to the PSP with a spin off prequel game titled: Final Fantasy VII: Crisis Core. Final Fantasy VII has being a great classic with a complicated story, with intensive customization with one of the most iconic characters ever., now the full story is released….

Final Fantasy VII: Crisis Core is set 7 years before the events of the main game. This time it stars the mysterious man with black spiky hair in Cloud’s flashback, Zack Fair which is in SOLDIER 2nd class. Zack’s mentor, Angeal is all about honor and is the carrier of the ‘Buster Blade’ and is friends; with Genesis, a man obsessed with the poem LOVELESS and is also friends with Sephiroth, The legendary hero, all of which are SOLDIER 1st class ( the highest rank). 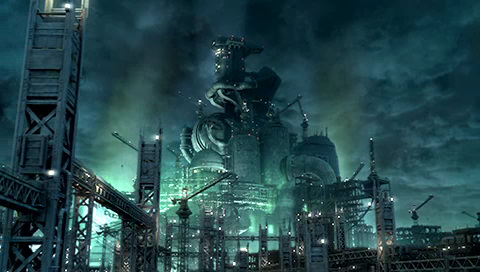 It begins as Genesis and several other 2nd class SOLDIERs go AWOL Shinra after an operation in Wutai. Angeal also goes missing. Zack eventually tracks both Angeal and Genesis to their hometown of Banora. After learning that Genesis is in a nearby arms factory, Zack infiltrates it, and finds Genesis and Angeal inside. After a brief scene, Zack runs back to the edge of the town, and finds Angeal standing next to his mother who is dead, which leads Zack to believe that Angeal has killed her.

Zack comments on Angeals honor and why he did it. Zack meets with Lazard (director of Shinra) and Sephiroth, which Lazard promotes Zack to a 1st class SOLDIER while an army of “Genesis copies” attack Shinra headquarters. After the forces are defeated, Zack and Sephiroth track down Genesis to a secret lab deep in a Midgar Mako reactor, and learn that Dr. Hollander, a genetic researcher, had used both Genesis and Angeal as part of Project G, an early attempt to create soldiers infused with Jenova Cells. 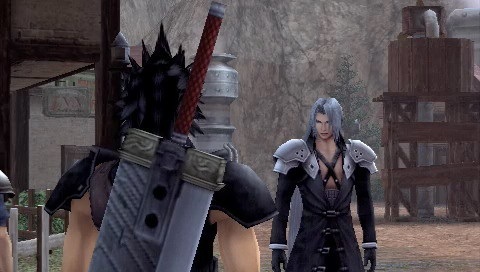 Final Fantasy VII : Crisis Core Is a very unique game. Separating itself from the classic Active time battle , where you have to wait till your time bar fills before you make an attack or you have to wait in turns. This is similar to a hack and slash game is perfect for all those Final Fantasy 7 Fans with a lot of RPG elements. It Comes packed with delightful battle music, theme songs and has some pretty nifty graphics. Although it might not be a completely free roam game it allows you to free move about between story line missions and side mission. Final Fantasy VII: Crisis Core has one of the best cut scene graphics we have seen so far on the PSP up to date. Although it might be a bit of a let down when you play some side missions it will make you feel like your doing the mission again and again because the stage terrain and targets feel exactly the same, so be prepared for that.

Every fan will certainly enjoy the Final Fantasy summons and spells the game provides. Crisis core has some beautiful music with a marvelous end theme by Ayaka named “Why” and battle music by Takeharu Ishimoto as well as a few remixed FFVII themes. The Interesting and adventurous story line and character development of Zack throughout the game is excellent. During progression though the game you actually connect and feel the emotional journey Zack does. All Characters in the game have a relation and a back story that links to vital rolls in Final Fantasy VII like: Sephiroth, Genesis, Tseng, Tifa, Aerith and of course Cloud Strife. The story line connects the main plot of the original game of Final Fantasy VII. 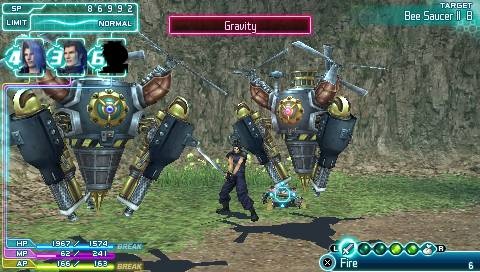 The Large range of scenery and environments In Crisis Core Is just breathe taking with the amount of detail that is involved. Environments like beaches, Cities, forests and deserts to name a few. This gives the game a change of scenery from time to time.

Like any other Final fantasy game , Crisis Core following their trade marks , has its own barrage of mini games inside, E.G. squatting , treasure hunting, slashing missiles in half and even making your own perfume, just to name some. It also follows the tradition of many recurring summons like Bahamut and Ifrit. Leveling up and Summons are all controlled by a new system called Digital Mind Wave, which is all by chance.

The only let down to me would be the side missions. There are over 100 hours of side mission you can get depending if you want to unlock everything in the game. Another let down with the side missions is its constant use of the same setting in each theme over and over again, i found it very boring staring at the very same scenery for very long periods of time. 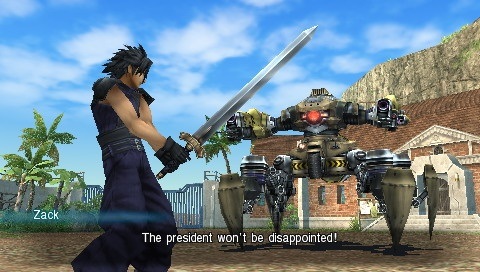 This is a very impressive game with its great story line, sounds and game play. It is one of my favorite PSP games out there. Although there are a few minor let downs, this is a game worth buying and actually spending some time to completely finish either you are a Final Fantasy Fan, RPG fan or just new to the story. 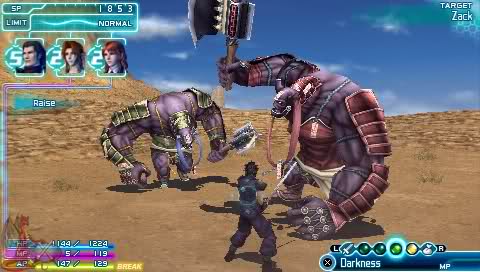 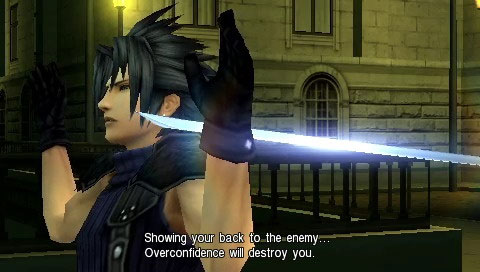 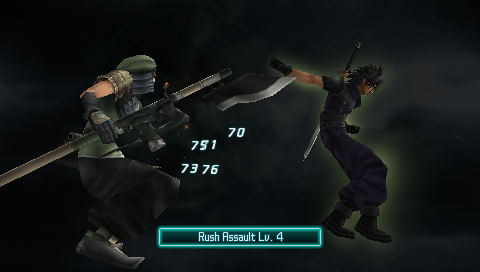 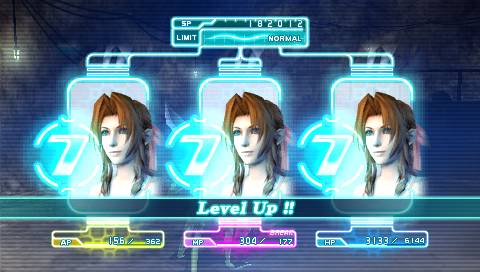 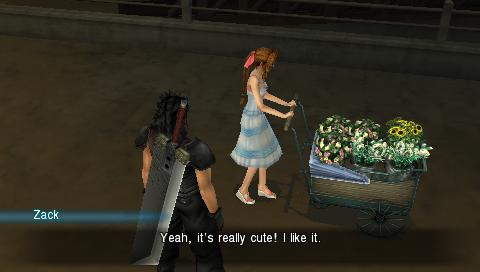 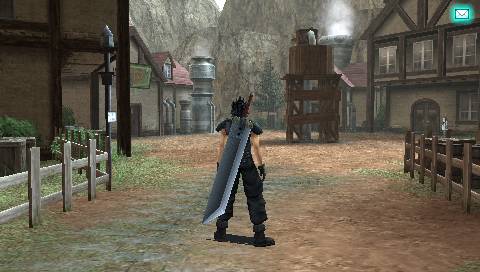