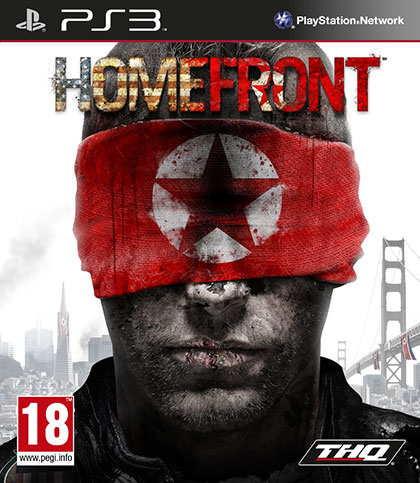 The latest offering from Kaos Studios, Homefront has been heavily hyped and is finally available to the gamers and many will question if the long wait was worth it. Sadly, Homefront is an absolute mess and a massive disappointment to the gaming community and fails to be as fun as originally expected. Various problems such as dated graphical capabilities, numerous glitches, unplayable multiplayer and a very short and bitter single player mode. Kaos Studious should have put more more effort towards this game since it’s obviously only half complete and needs a lot of improvements. 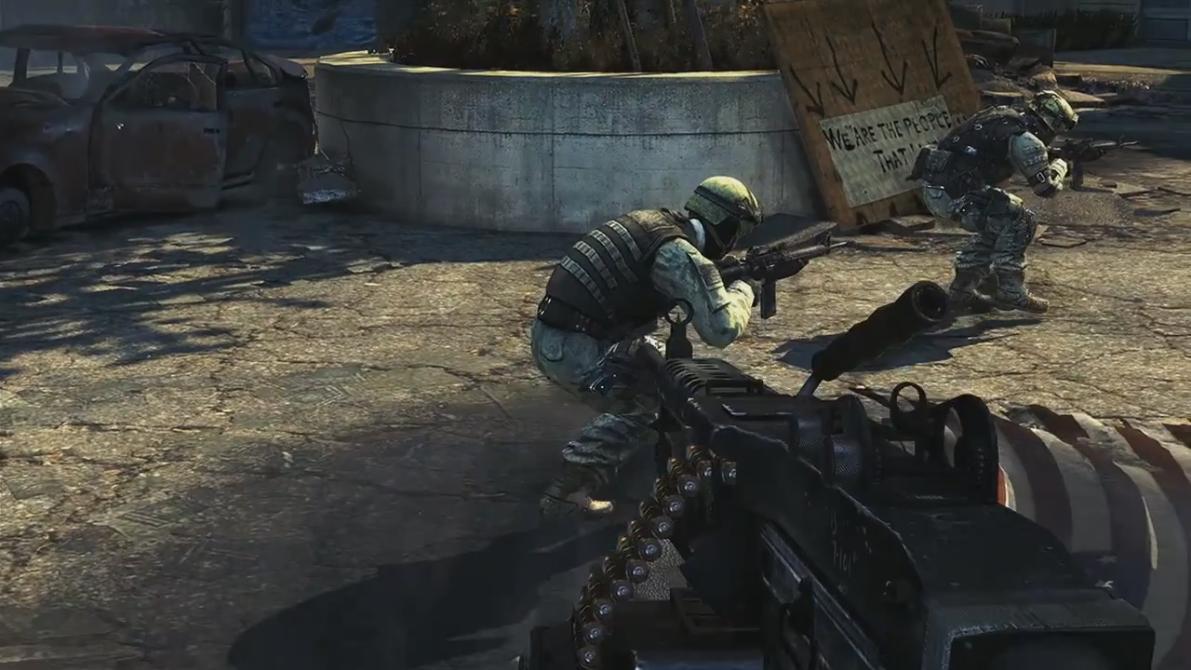 Graphics are one of the most hyped features about video games in our current gaming trends and Homefront just looks dated and awful. This is 2011 and games have a certain standard of even bottom line in terms of graphics Homefront is at least a few years behind. Character animations look like plastic dolls and weapon models look like they were from recycled games on older systems. The frame rate in Homefront is terrible as well especially in action packed sequences of the game. Obvious frame rate issues can be seen when you run and turn or even just firing a weapon rapidly. The developers really should have put much more work towards the graphical department and try to update their graphic programs. Many gamers claim that graphics are not important, but in today’s gaming market games must at least reach the standard of graphical power and Homefront simply does not meet this mark. Another irritating element of Homefront is the handful of glitches and bugs that plague the single player campaign. During the single player mode I was met with various bugs that stopped me from progressing the storyline such as scripted events not taking place which essentially forced me to restart from checkpoints. No game is perfect at launch however these kind of scripts which require basic programming just embarrass the developers. If the developers cannot achieve basic script programming right, how can they execute more complex programs? There have been numerous patches since the game’s launch however any game should not have these serous glitches which stop you from progressing the storyline and Kaos Studios really need to aim for a playable game.

In addition to the technical problems that invade the single player. Homefront’s bragging right was it’s daring and controversial storyline which involved a unified Korea which takes over the United States of America. The plot line sounds very interesting and quite fresh and sounds like an exciting action movie. With such an enthralling and captivating story line, can we expect a lengthy and adventurous single player mode? No. The single player of Homefront lasts a swift five hours and the game is over. The developers using such an interesting story line yet not taking advantage of it is a very costly and laughable mistake. So much potential could have been achieved with Homefront with it’s story line yet it’s over in a flash with very few memorable set pieces. If the developers released the game with an eight hour campaign it would be much more solid and could’ve featured even more content. The single player’s length is a massive disappointment as it could’ve been so much more. 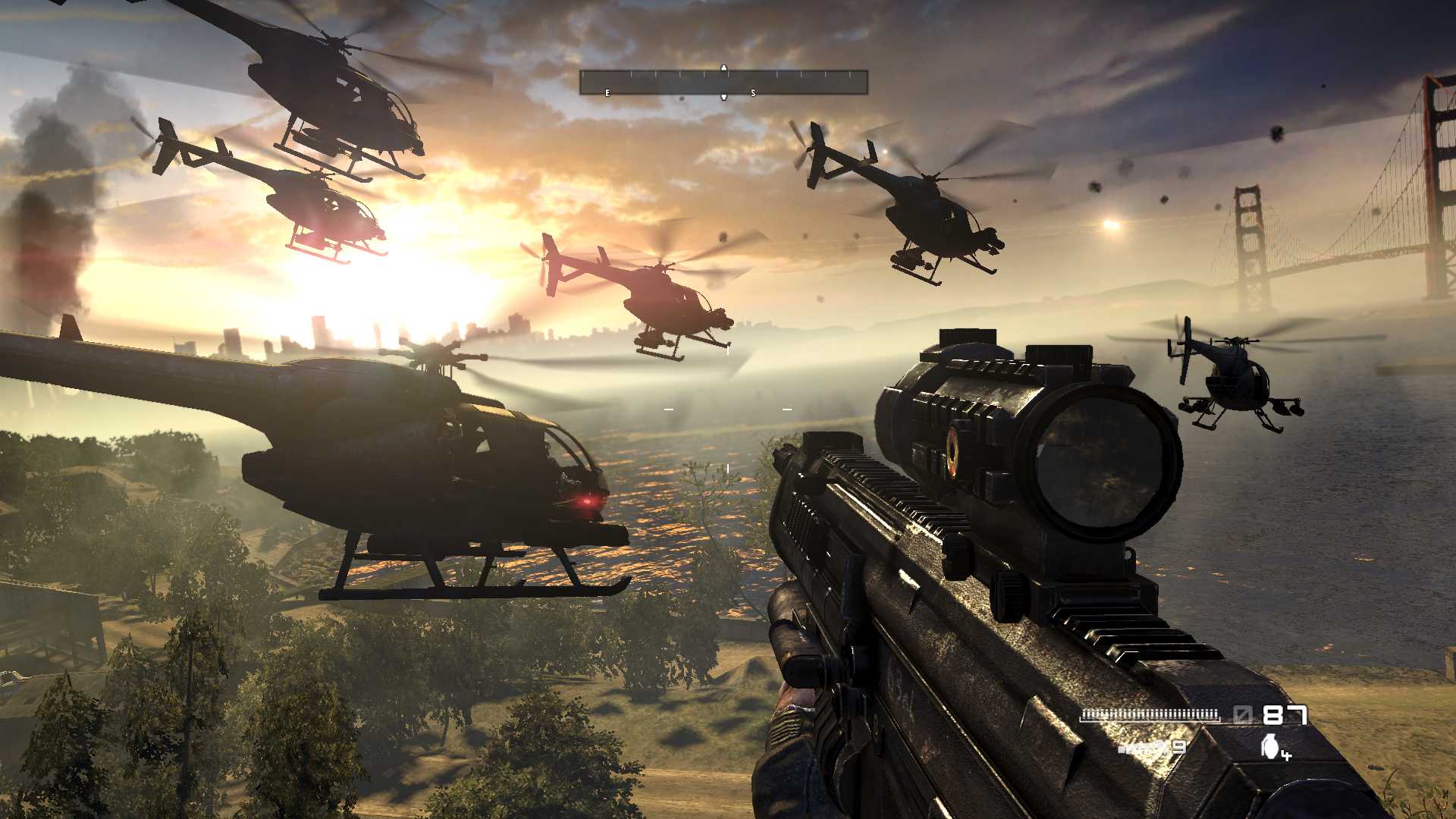 With so many negative features about Homefront, is there still salvation? Yes. Even with so many problems, Homefront does have a few merits which can save the game from total failure. Short as it maybe the storyline and atmosphere of Homefront is interesting and the sound effects sound astonishing. With so few good features and a pile of issues, Homefront really is a mix bagged of fun and annoyance.

Even though the single player is very short and can be finished within a few hours the storyline and atmosphere of the game is very enticing and engrossing especially since the game is set in the believable world of America with familiar brands such as White Castle. The game does a good job of creating a believable recreation of a Korean takeover of the USA and really creates an immersive world to play in. The atmosphere and storyline really deserves some sort of commendation and does redeem the game from it’s technical problems. The writer of Red Dawn created the fictional storyline of Homefront and the storyline is very engrossing. 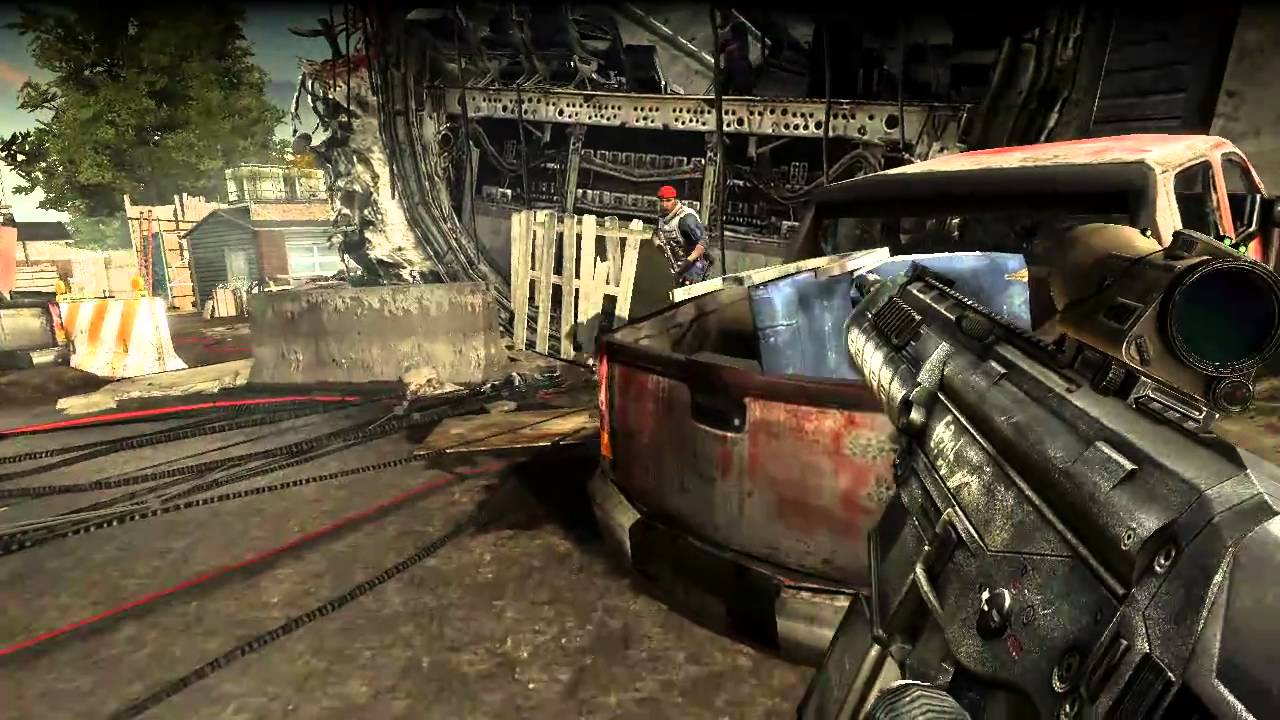 The second thing which is deservers a note is how great the sound effects are in Homefront, the rattle of rifle fire sounds crisp and powerful. Most sounds in the game such as gunfire, voice acting and explosions all sound clear and realistic, so for all the sound effect fans Homefront does offer spectacular sound effects which can create an engrossing experience.

Homefront’s multiplayer component is troubled by bugs and glitches as well. Players from around the world have experienced issues such as rank resets, incorrect leader boards, multiplayer glitches and serious lag even with dedicated servers. Basic multiplayer features that gamers expect are lacking in Homefront with it’s shear amount of technical problems which essentially ruin the multiplayer part of Homefront. Homefront’s multiplayer had so much potential that in could rival the high budget games in the market, however with so many serious and annoying issues it is a lost cause even after patches from the developers. 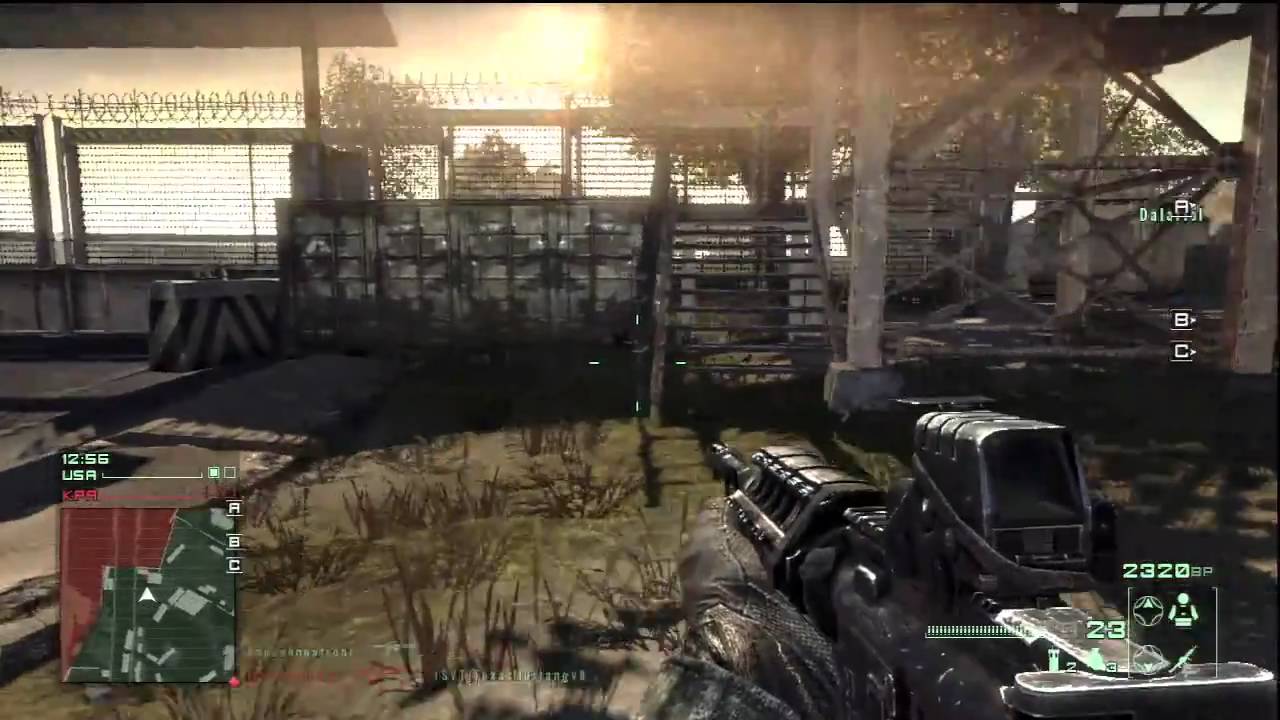 If you take the technical issues away from Homefront’s multiplayer component there is fun to be had to a certain extent. With a handful of game modes which support thirty two players the game can be fun if you do not occur the technical hiccups. A point which needs to be noted is that there are very few weapons in the game and all of them have already been featured in other shooting video games such as the M4 rifle as well as the ACR combat rifle. The lack of weapons in Homefront limits the player’s freedom and choice since most players online stick with only one weapon. If a wider armory was available to the player the game can be much more interesting and addictive. This is all provided that you do not get hit when any glitches of course. 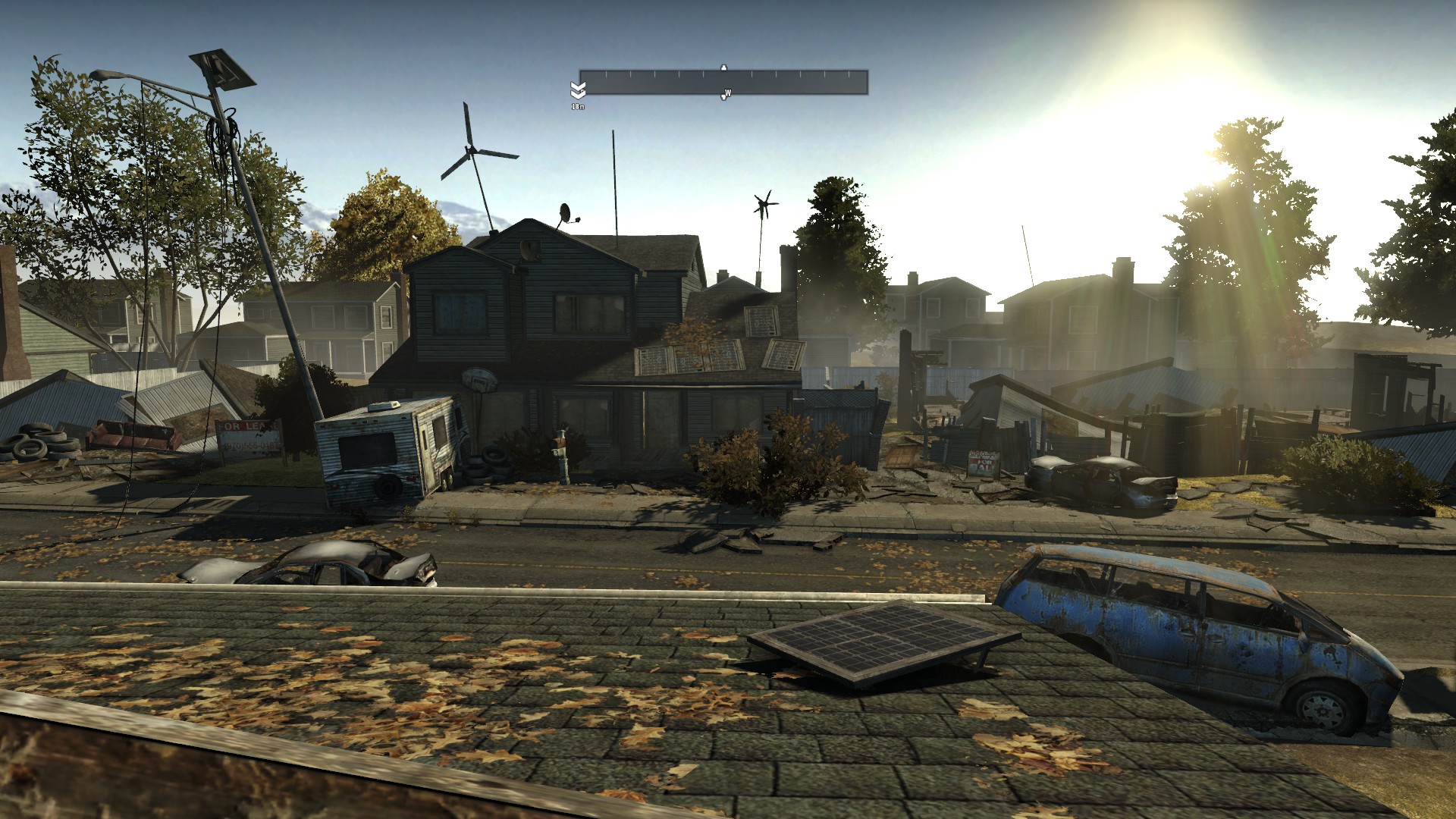 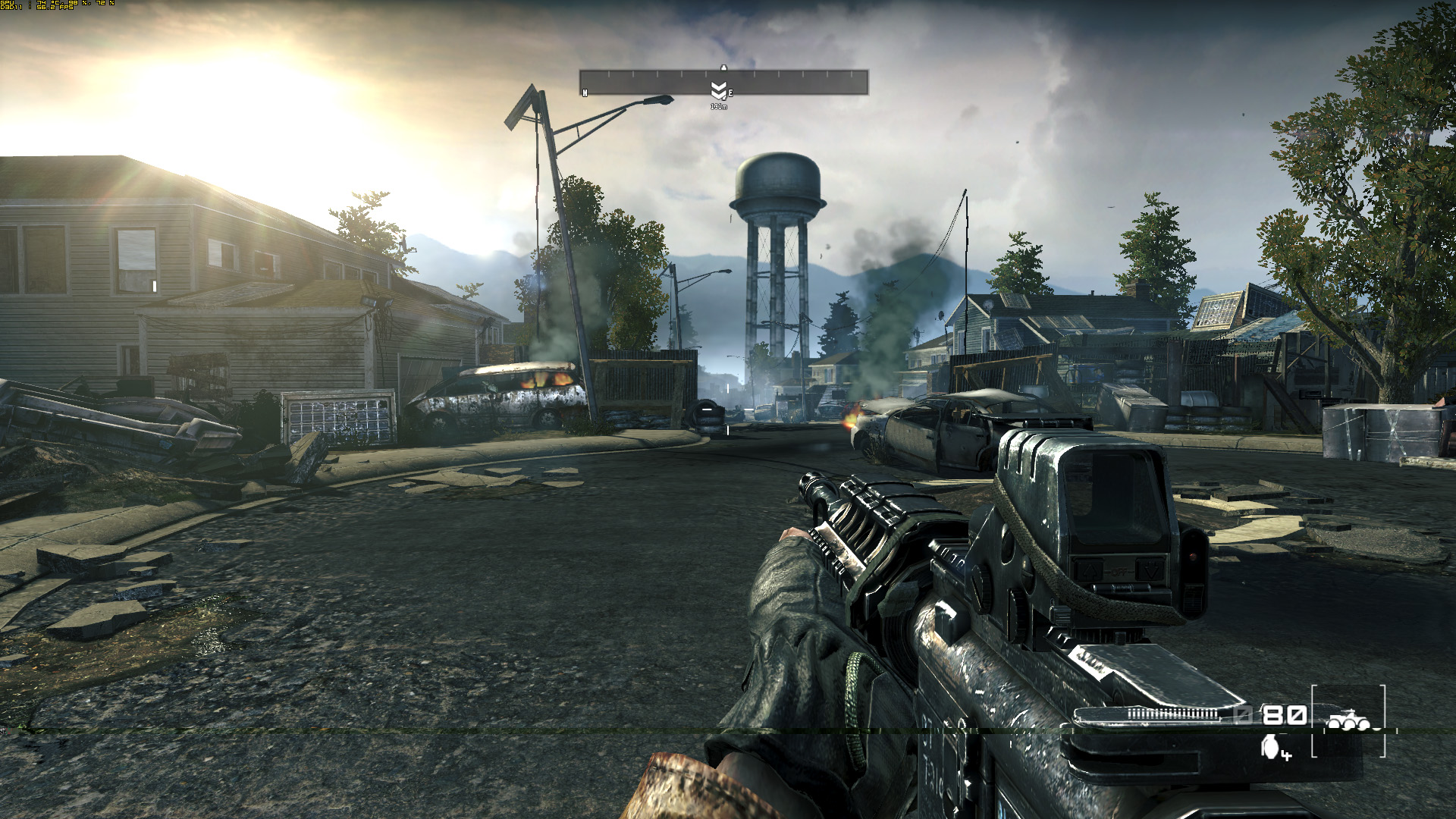