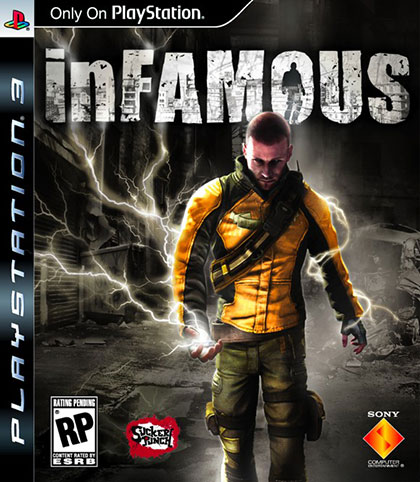 Being a hero is optional. Well, that’s what the tag line of Infamous. There are many superhero games that let you play only the hero, in Infamous the choice is yours. Infamous has a good moral system that affects future missions, abilities and your stand in the city- Empire city. Not only that Empire City itself is a large developing city that needs you, and this need can only be achieved by the large selection of powers at your disposal, which makes for very fun and intensifying combat. The story is interesting and so are the characters but the game suffers from some visual flaws.

After delivering a package in Empire City, Cole MacGrath finds himself in a crater in the middle of the city. Bruised, injured and confused Cole narrowly escapes the wreckage and returns safe to a hospital. But to his surprise Cole has gain unique powers from the blast, all while Empire City is under quarantine. With Empire city separated from the world, chaos occurs on all three islands of Empire city and now each island is owned by separate factions. Finding out that the Ray Sphere Cole was delivering caused the explosion he must find out who made him into who he is now who the package was from and either reunite the city back to its glory or sink it into corruption with his new electrical powers? Infamous is told as a comic book, with comic book cut-scenes, characters and story. This was a great effect was the entire infamous story was influenced by comics, and it clearly shows. 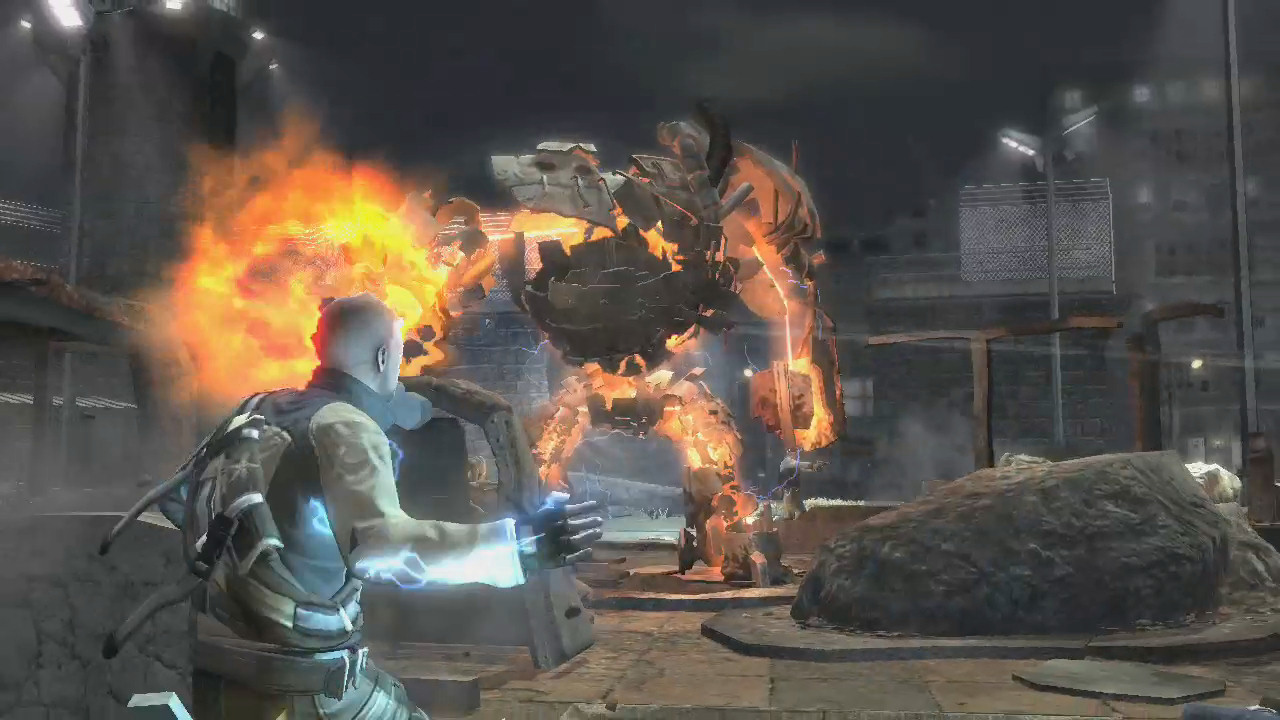 The core mechanic that Infamous enforces is the karma system. Being good or bad hasn’t been tougher and of course being bad is much easier. If you are a good pure being the colour of Cole’s electricity becomes blue, while when he is evil it becomes red. Not only is your powers change colour between karmaity, and the ability itself altered. Being good means having fewer casualties among civilians and so your powers revolve around accurate precision, small AOE but have the same impact as being evil. Evil Cole likes to get destructive; his powers are darker and cause less amount of damage as good Cole but cover a wider area. EG- sticky grenades- as good, Cole only chucks one and it sticks to any surface and deals massive damage, while Evil Cole’s grenades scatter into 5 or more grenades for explosive actions. Karma won’t affect your powers but it affects the missions you take. They are either good or evil missions, you can only choose one side and completing 5 of them grants you a new power. So each side of karma will have one unique power that the other won’t have.

The gameplay behind Infamous is very unique and entertaining. Cole can use his powers at any time but not every time- he has charge slots and each power (apart from the normal electrical attack) uses a selected number of these slots. These slots don’t recharge over time, Cole needs to find the nearest power producing object and drain the electricity from is, this also acts as health packs. When your health does get low the entire screen goes black and white- it will do that quite often as the enemies do get overwhelming in the game. Bullets and rocket launchers will be sprayed at you a lot and it hurts, terribly. The game plays a lot like a third person shooter, even when using your powers you zoom in before taking a shot. This is a nice touch as enemies can be hard to see and may disappear into the city night. 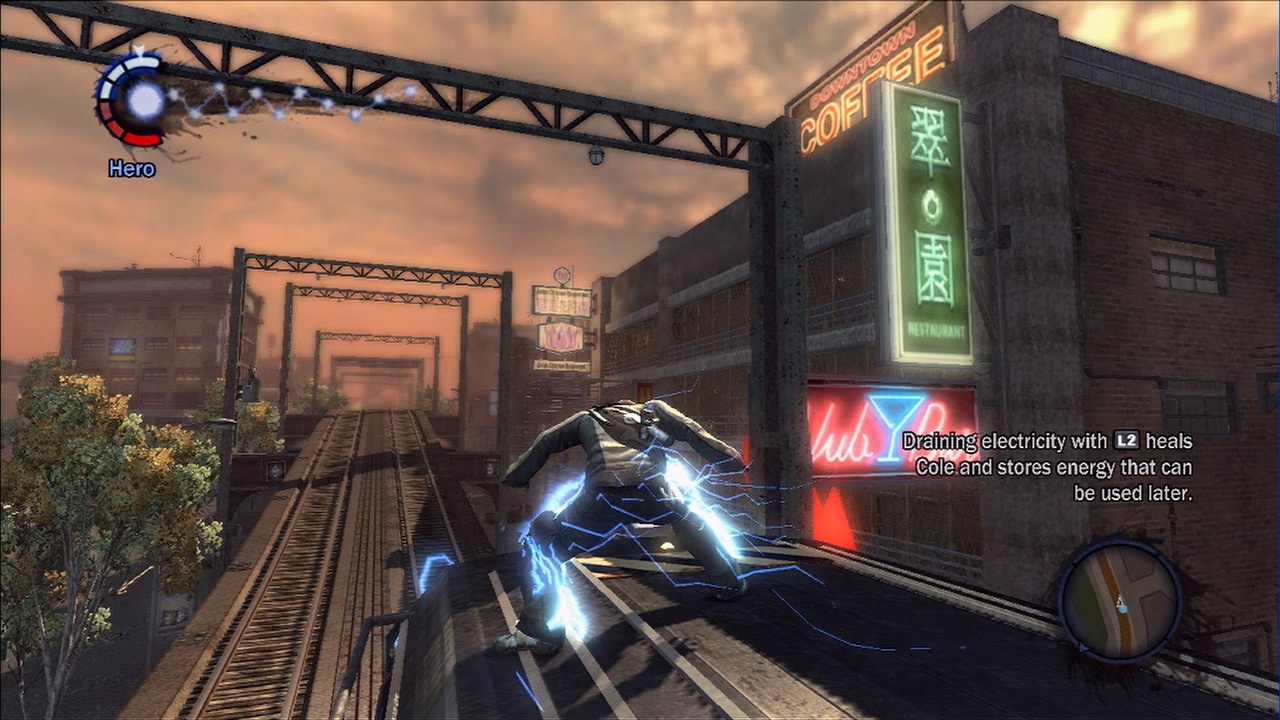 Firing your electric bolts, grenades of punching a few nubs is great fun, though the melee itself is quite weak. You can dodge roll or go into cover at the touch of circle but is not really necessary. The main mechanic that was present in Prototype also is the parkour. Cole is experienced in it and can hop onto any ledge without problem. With x you can climb up any building with no problem. The camera pans perfectly behind Cole so you can see where to go next. There are those few annoying moments where Cole won’t jump to the right ledge or climb a ledge when you don’t want to.

Enemy variety is numerous as on each of the three islands have their own faction which has their own look and style. The first island the neon district is controlled by the reapers- hoodlums, the second island called the Warren is controlled by the dustmen- junkies and drug addicts and the third island, the historic district is controlled by the first sons. Each island has unique and distinct buildings, people and enemies that spice up the game and give it variety. This gives Empire City a bigger atmosphere and experience. Random NPC civilian encounters occur similar to RDR but are kept to a minimum. The random moments also add to the karma meter, either to heal some injured people or kill a couple of cops, Empire city is a living organism. 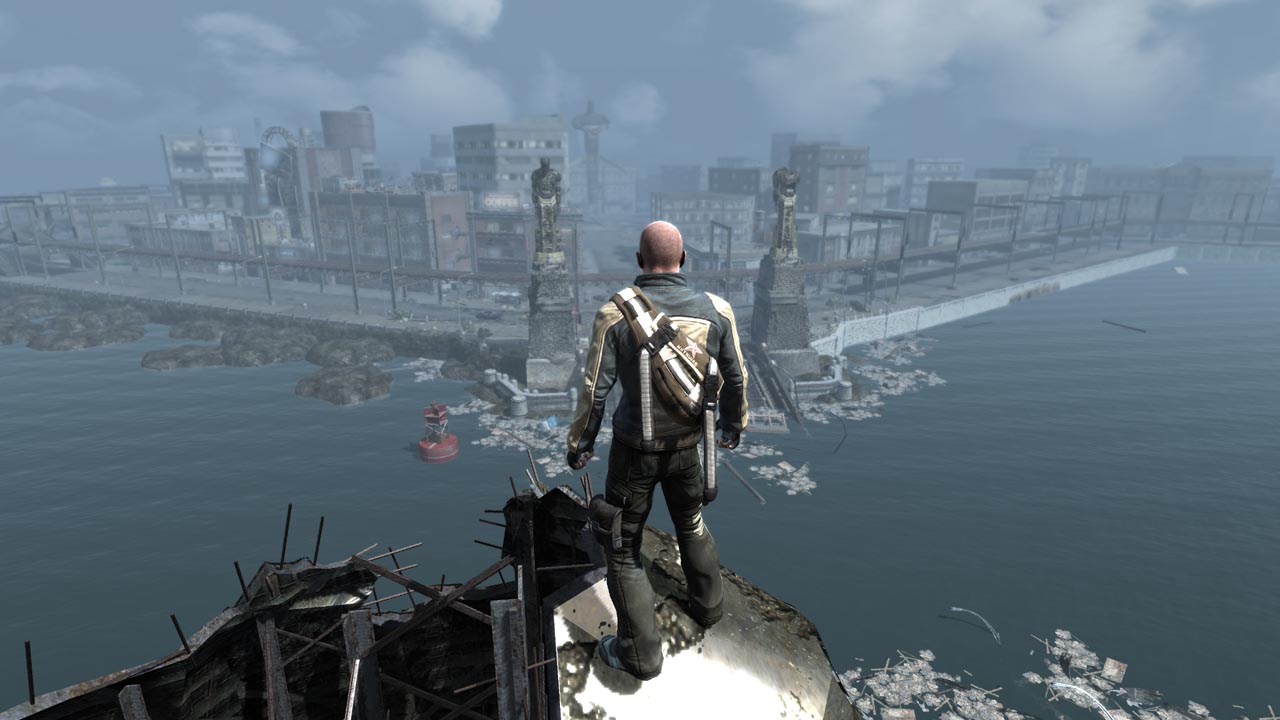 InFamous is an awesome game. It does what many superhero games should’ve done and better. With a great living, breathing city, spectacular powers and grand story- Infamous comes at a few faults being outnumbering enemies and minor graphical bugs and game ending glitches. The game and Empire city as a whole is electrifying, and you will experience it too. 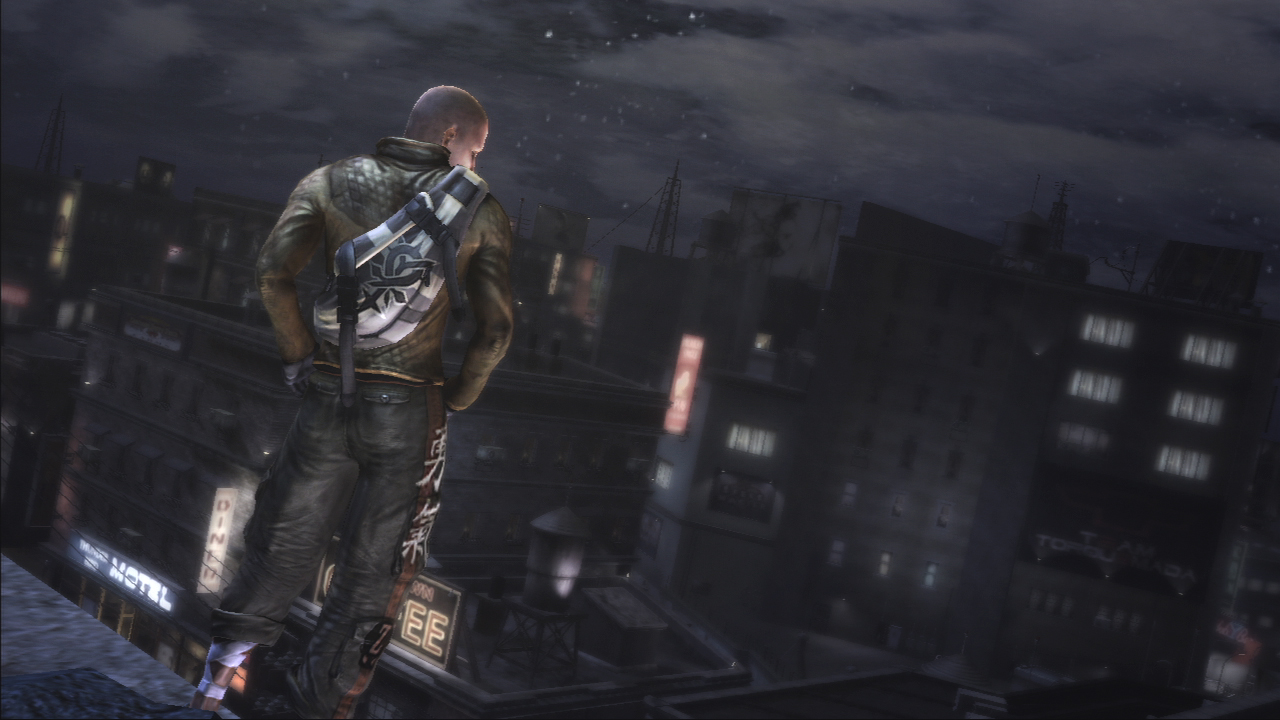 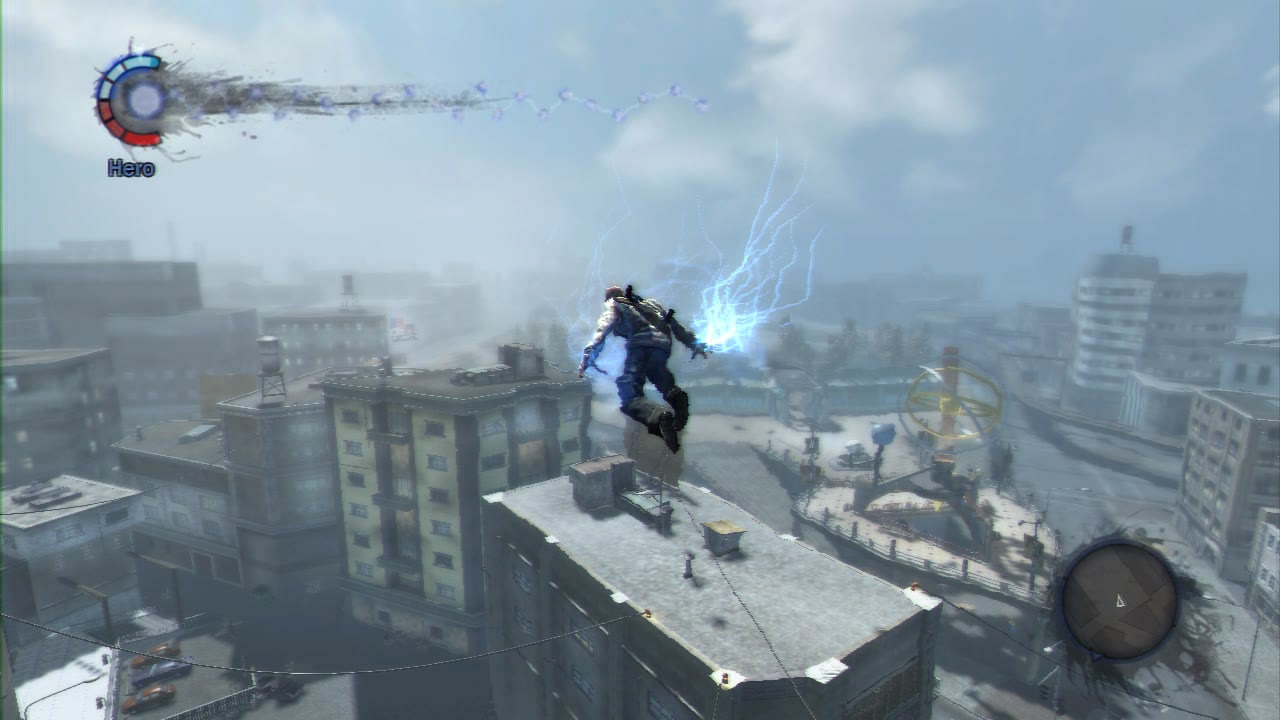 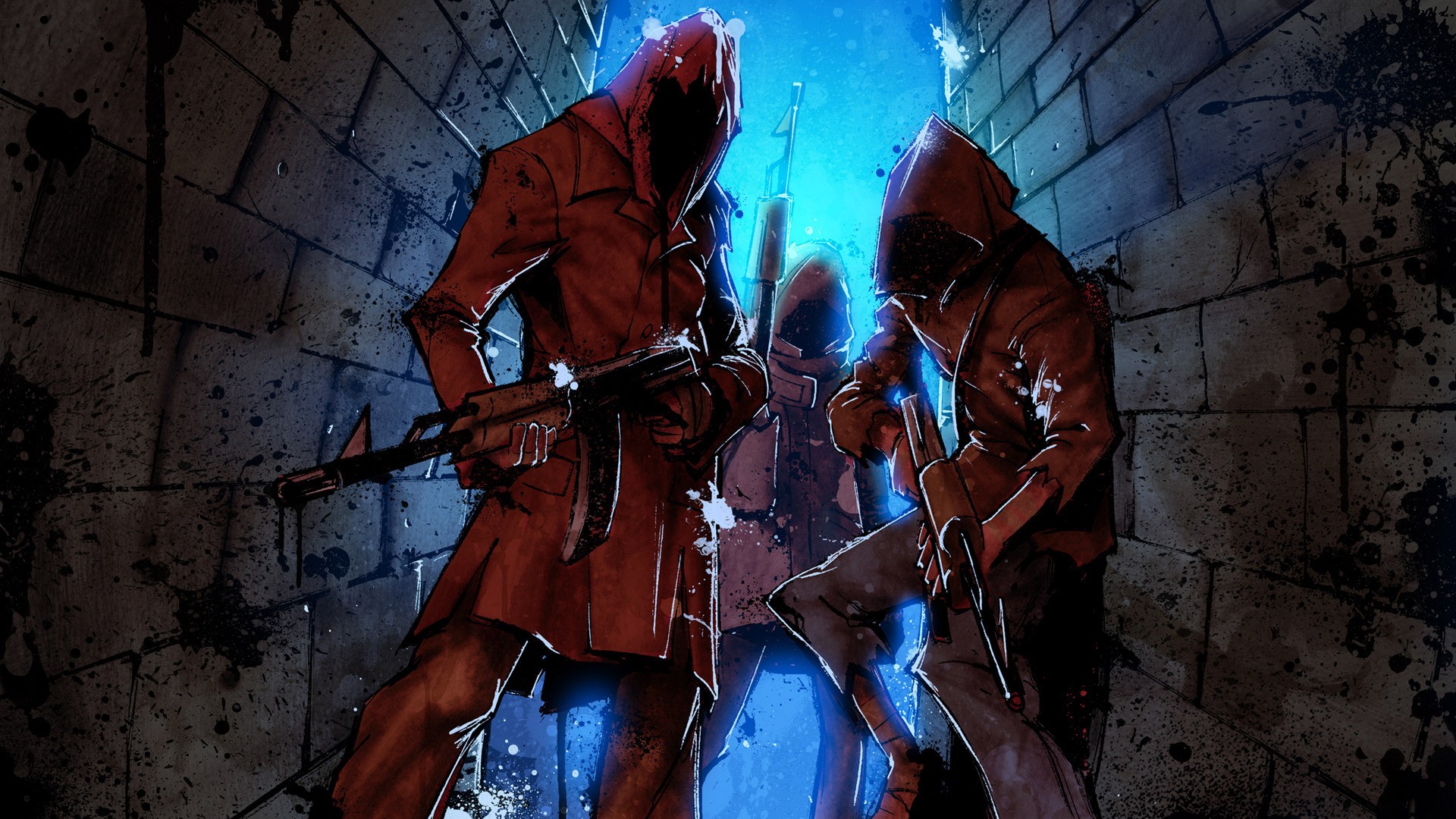 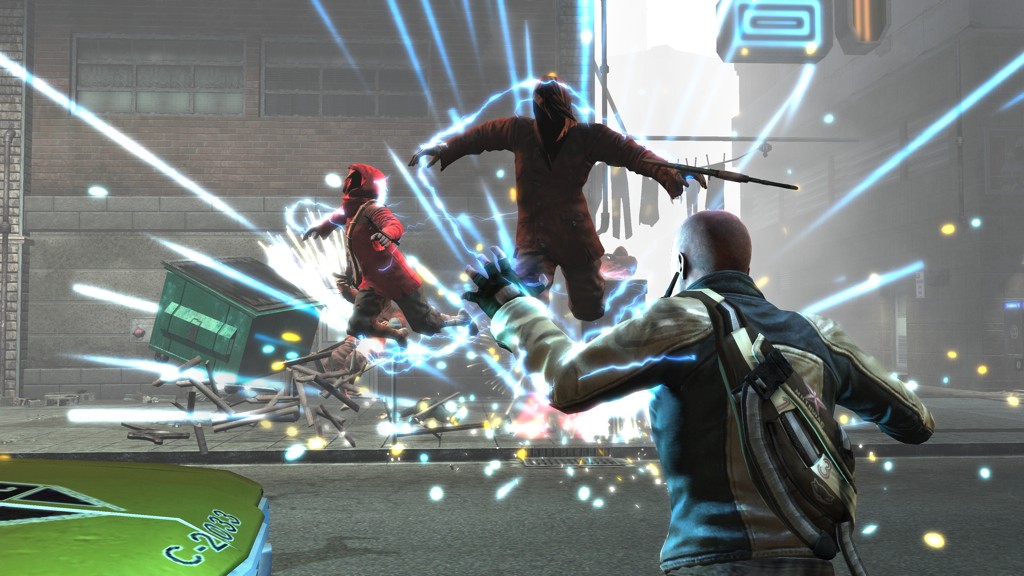 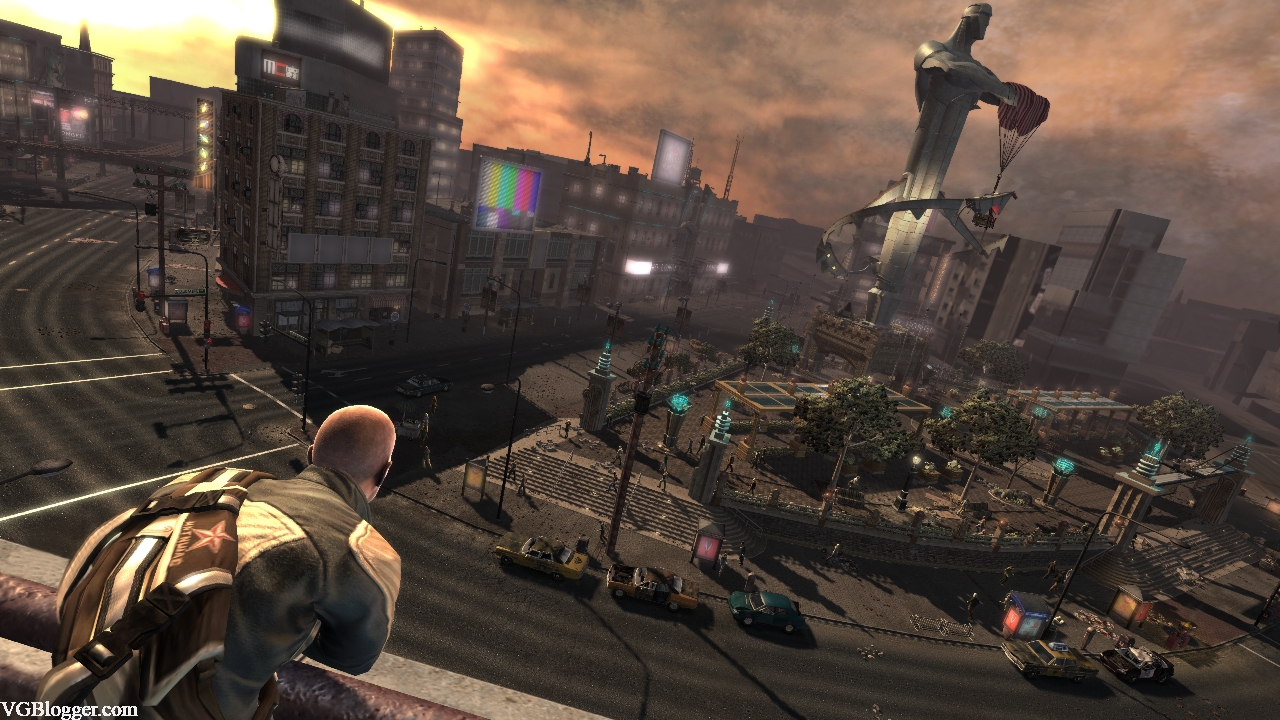 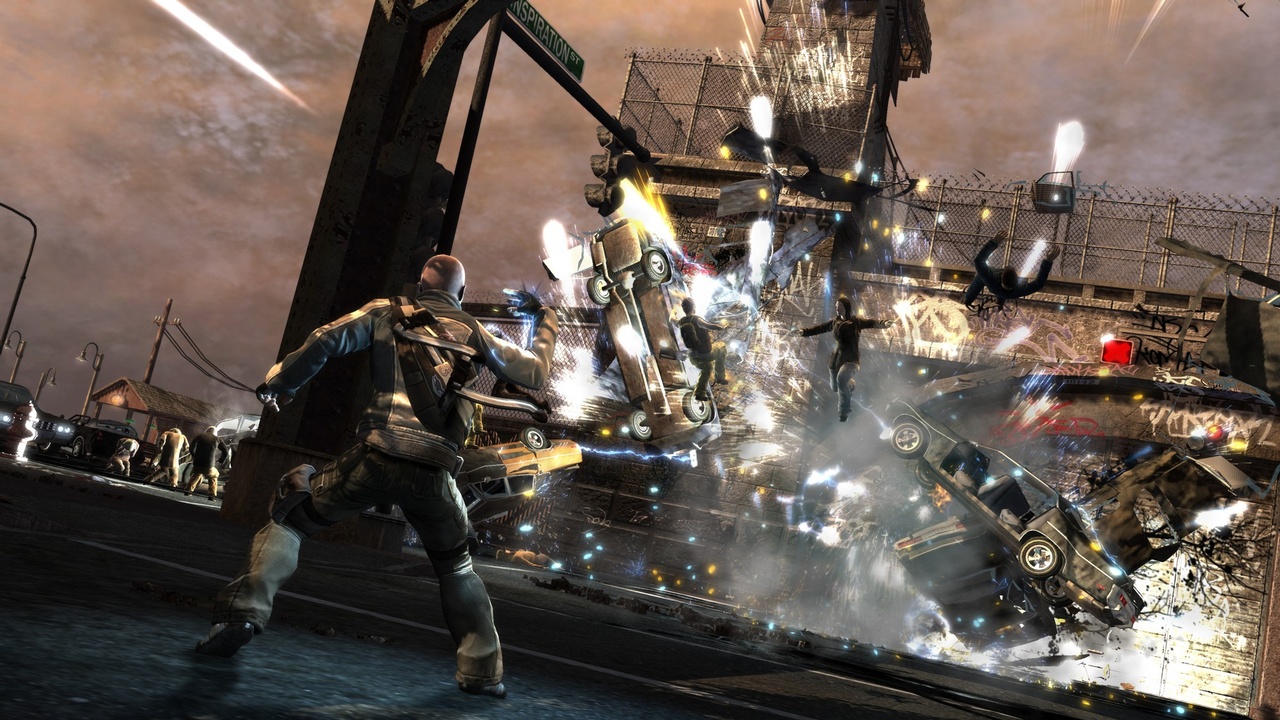