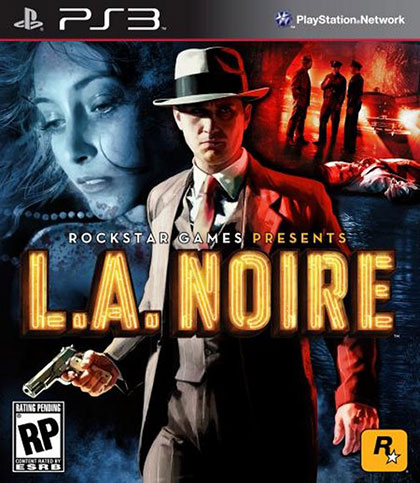 L.A Noire. The game that took over five years to complete is finally finished and can be in the hands of the loyal and patient fans. With a budget of $50 million and hundreds of hours if not thousands of development time, many gamers will question if the very long wait for L.A Noire was worth it. Developed by the Australian Team Bondi and published by the famous Rockstar Games, L.A Noire has certainly been worth the wait and offers completely new and innovative gameplay, which has over thirty hours of game time. Apart from featuring brand new exciting game mechanics that have never been featured in the mainstream gaming market before, L.A Noire captures everything that a game should do and skip everything that games should not do.

With such a massive budget suitable for a blockbuster movie, L.A Noire has so many enticing and groundbreaking features such as a deep and very believable storyline, completely brand new game mechanics and gameplay, beautiful and lifelike graphics, dozens of side missions, a large variety of cases as well as being very lengthy. It is very rare in today’s gaming industry for a developer to create a game to such a high standard with so many good points and a near flawless execution. Team Bondi really hit the nail right for L.A Noire since it is just an amazing game that offers gamers original and never before seen ideas to the highest caliber. L.A Noire is one of those games that really are one of a kind. 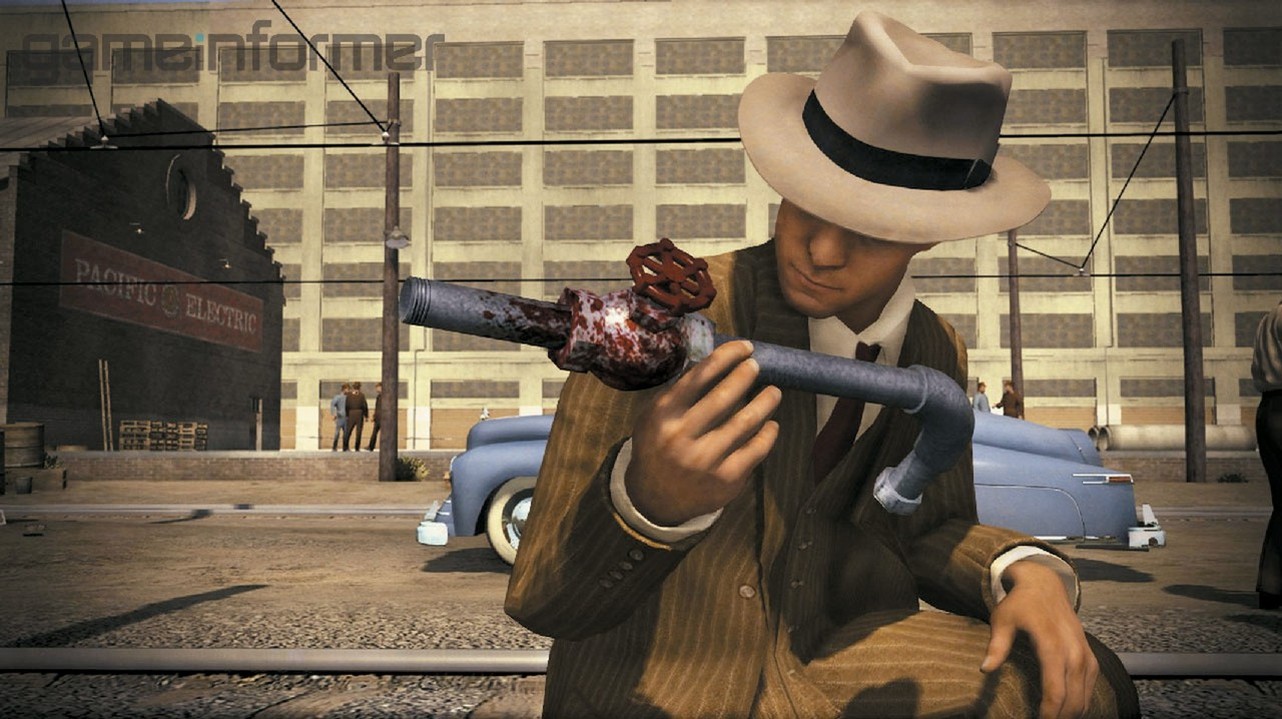 The original concept by Team Bondi for L.A Noire was that they wanted to create a fresh game with a deep storyline which exposes the dark side of the glamorous city of Los Angeles in it’s post war period and show that everyone has skeletons in their closets. The storyline is L.A Noire is not one of happiness and peace, as players will have to deal with brutal crimes like barbaric murders, arsons and even drug exchanges.

Even when players expect a grim tale they will be taken back with the confronting and realistic issues, which are present in the plot. What makes the story so believable and powerful is that the cases were based on historical police cases back in the 1940s to add another layer of realism in the game. Even if the cases are not 100% accurate, gamers are still investigating cases, which actually happened in real life, which is quite disturbing to say the least. Trying to avoid giving too much away, the storyline really is quite dark and somber and just like the developers promised, everyone has something to hide whether it be politicians or fellow police officers and no one is free from the corruption that is hidden under Los Angeles.

What makes L.A Noire’s gameplay so astounding and original is it’s brand new gameplay mechanics. Throughout the twenty or thirty hours of the game, players will be closely investigating crime scenes ranging from fraud to murder and clues will be littered all over the place. Crime scene investigations are a crucial and central part of L.A Noire and you will be constantly scouring crime scenes for pieces of evidence. While many pieces of evidence are not relevant to the case itself, when you actually find something important a sense of achievement is established and you will feel like you really are solving a case and piecing the puzzle back together. 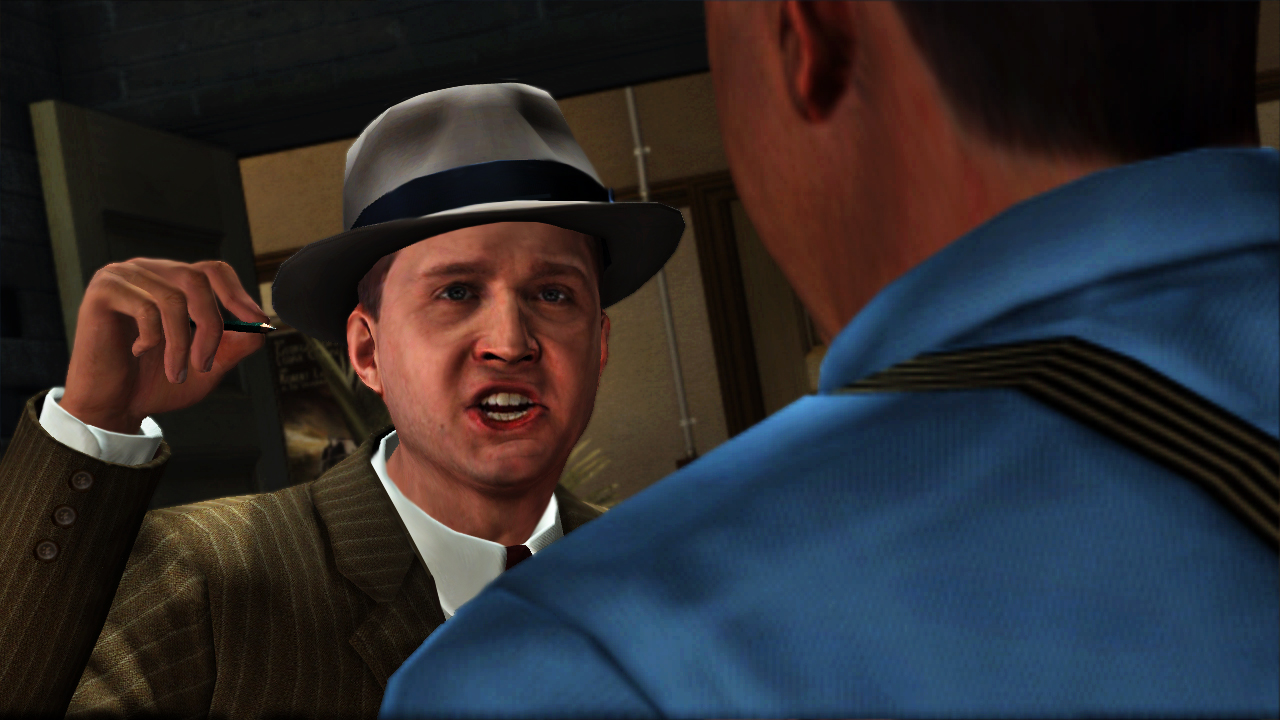 Apart from just investigating crime scenes, another important element of the game is the intense interrogation sequences. If you don’t already know, Team Bondi incorporated a brand new program called ‘Motion Scan’ which has thirty cameras set up to capture real people’s face’s and their expressions. In other words, you are interrogating real people’s faces and all their expressions can show if they are lying or telling the truth. Small things like darting eyes, rapid eye blinking and even the eye brows can show if the suspects are telling the truth or just bluntly lying. As Cole Phelps it is your job to interrogate suspects and decide if they are telling you everything or not and giving players this freedom based on such advanced technology is just amazing. You will find yourself genuinely doubting whether or not a suspect is guilty or not, especially in the later cases involving serious crimes.

Although the game is in a sandbox environment, L.A Noire focuses directly on the cases therefore players should not expect a game similar Grand Theft Auto game. In your spare time you can cruise around Los Angeles looking for film reels, hidden and unique cars as well as famous landmarks. There’re a few things to do while you are not investigating cases however it’s obvious the developers wanted the main focus to be the cases and the storyline.

The graphics of L.A Noire are quite impressive especially with the inclusion of ‘Motion Scan’. Buildings are intricately detailed to the highest level of realism, cars looks stunning and gleaming and the character models look great. Generally speaking, Team Bondi did a spectacular job for the graphics. Great as they are, there is still room for improvement in the graphics department. Don’t expect amazing graphics like Uncharted or God of War 3 for L.A Noire but rest assured you wouldn’t be disappointed in terms of graphics.

With five different desks with a plentiful amount of cases to investigate the game can easily last for around twenty-five hours. The game follows Cole Phelps’s rise through the department from a beat cop to the highly respected Administrative Vice. Players will be able to experience many different cases, which involve all sorts of crimes on different levels, and you will never be bored with a desk as you are frequently promoted. Team Bondi did a decent job for pacing the game as you rose through the ranks. However, the last desk of Arson was much more considerably dragged out and did feel a bit boring over time. 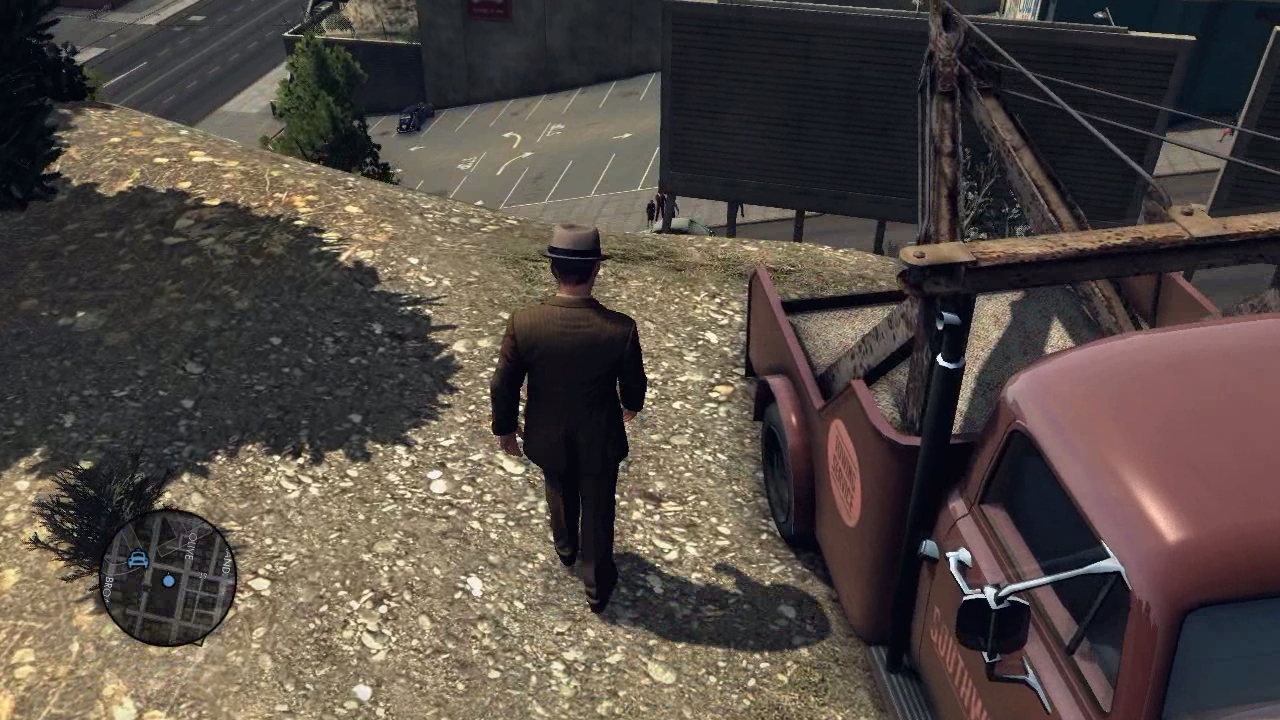 While you are busy solving your cases you will always have a partner by your side, after all police officers never work alone. Sadly, most of your partners are quite boring and could’ve been a bit more interesting. There were a few interesting partners such as with the Traffic desk however most of them are quite lackluster and not very fun to work with. If Team Bondi made the case partners a bit more interesting L.A Noire would be just extraordinary.

Too keep you busy while you are not playing going through the cases, Team Bondi also added in forty side missions which again are all based on real cases. These side missions are really good as they give you a break from all the detective work and let you have some action. Cases such as saving a suicidal man, shooting robbers or even arresting perverts are featured as side missions and really add variety to gameplay. Again, the sense of authenticity is in the game since all these side missions actually happened and when you solve them, you are reliving history a bit. The decision to use real cases and not just fictional ones was a real smart move by Team Bondi and does add a sense of realism to the game. One thing that can be improved with the side missions is that they should be longer and be filled with more firefights. Most of them are quite short and are over within a minute or two and since the game is based on detective work, you should be able to have more action in these side missions. Overall though, the side missions are awesome and keep the game fresh and full of variety. 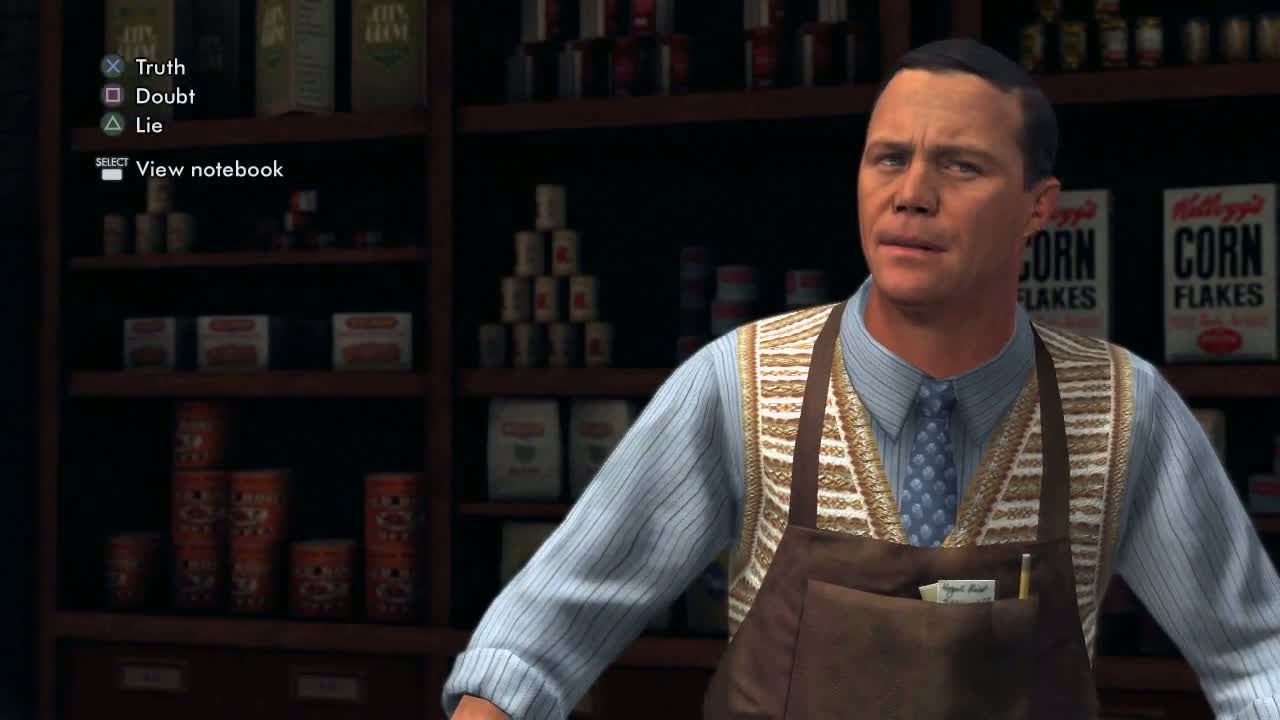 With so many terrific points it is to be expected that there are a few flaws in the game. Nonetheless, all these flaws are very minor and honestly were hard to pick out. Minor drawbacks such as lack of replay value and slightly repetitiveness do impact upon the game. Don’t worry though, all these issues are all very minor and don’t even scratch the game’s multiple good points.

With the cases in L.A Noire being so focused on solving them correctly it is to be expected that the game would not have a lot of replay value. Typically, when you finish the lengthy game you would want to wait at least a few months before playing it again since it is so heavy in nature. You should treat L.A Noire as your favorite drama film. Watch it once in a blue moon after you have finished it and the sense of awesomeness will be retained. Frankly though, with such a lengthy single player story mode, you really would want a break after completing the game.

As you are investigating the cases throughout the city you will notice at one point that you are doing activities over and over again. The procedure of interviewing suspects and witnesses, car chases, tackling and tailing suspicious suspects make up the game. A bit of repetitiveness is found however the developers have cleverly masked this to the best they can with brand new characters and details. Don’t worry too much about this as you will most likely be having too much fun or caught too deep in the storyline to actually let it bother you.

In conclusion, L.A Noire is a very unique and one of a kind video game, which offers gamers a brand new and ultimately fresh game to play. It has lots of good points such as a dark and realistic story, innovative and groundbreaking gameplay, above average graphics, is of decent length and has a large variety of cases to work on. Only a very small amount of drawbacks are in the game and they don’t really have a serious impact on the game. This game will leave you dazzled with it’s ending and you should definitely give it a chance. 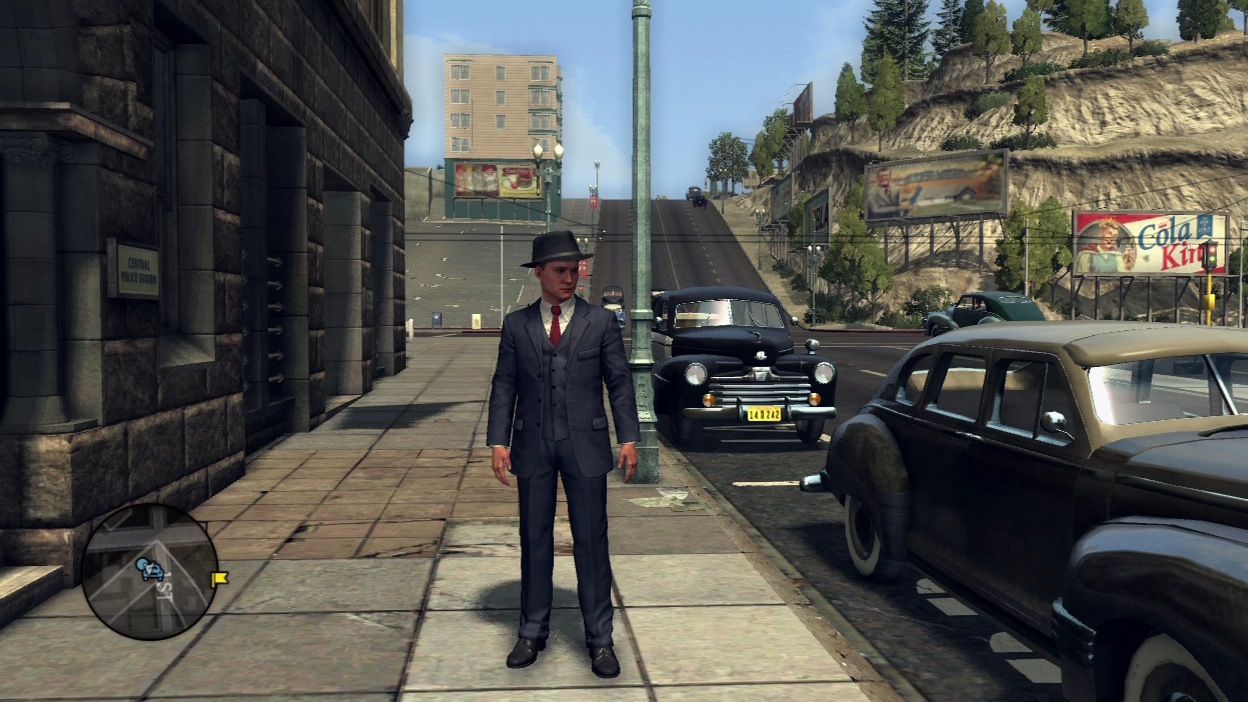 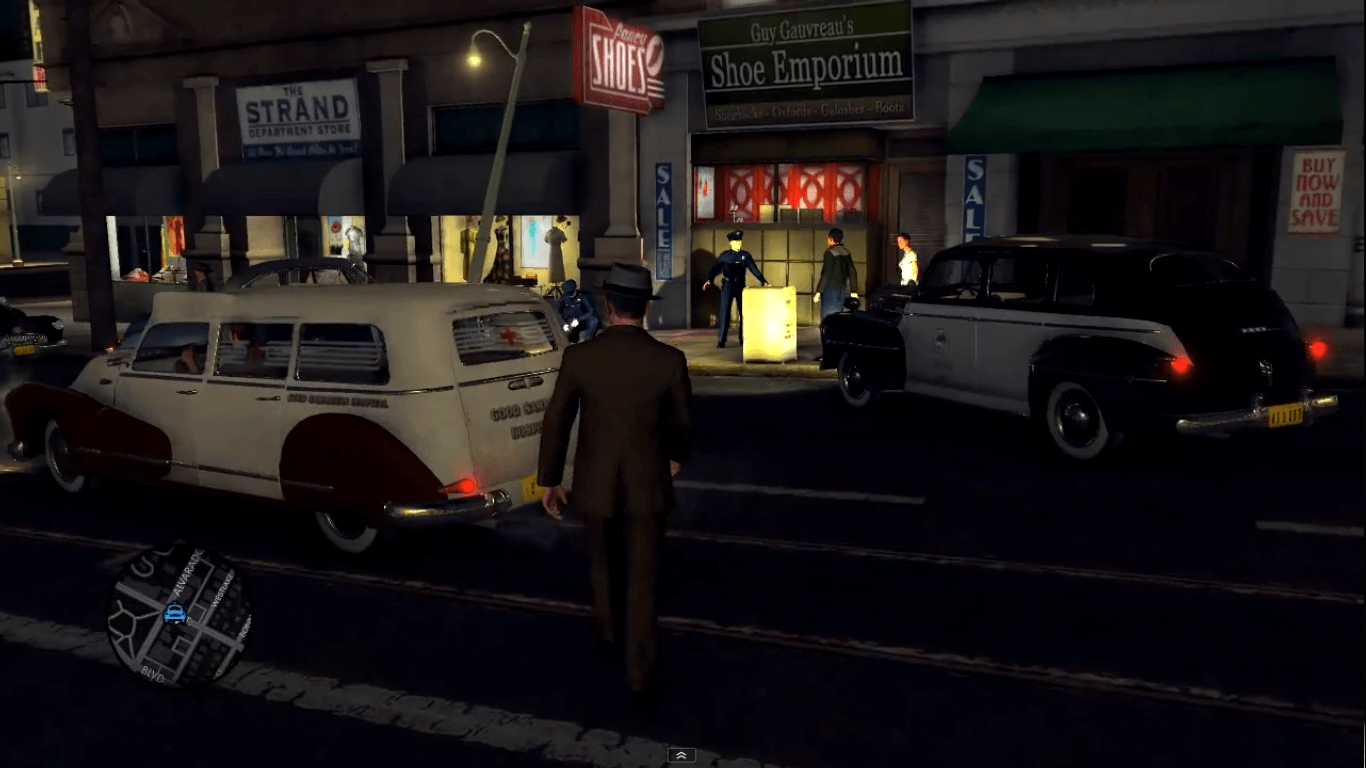 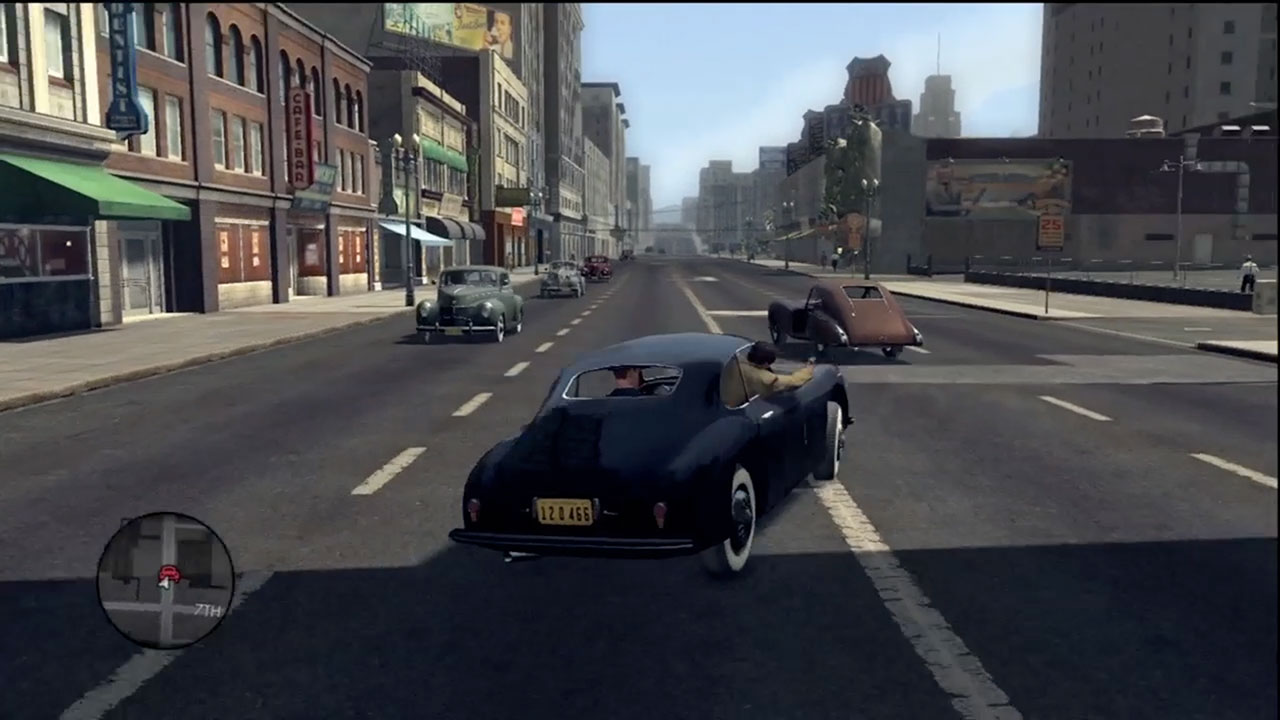 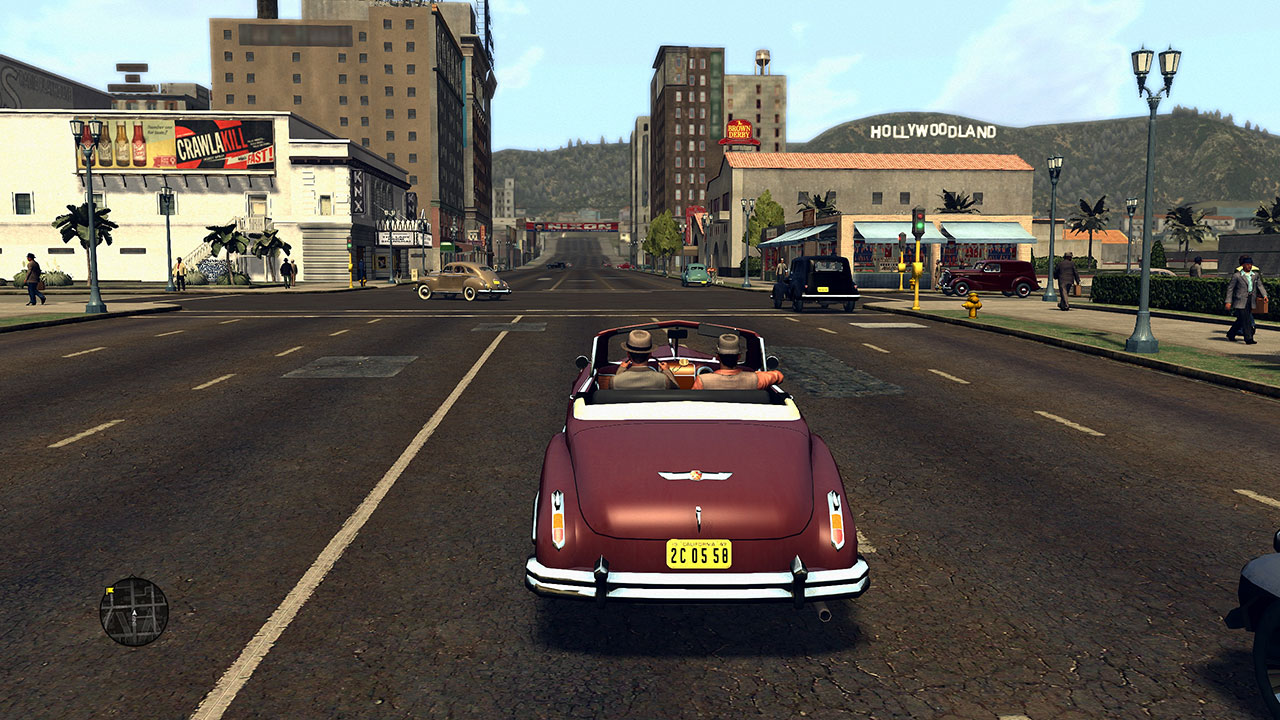 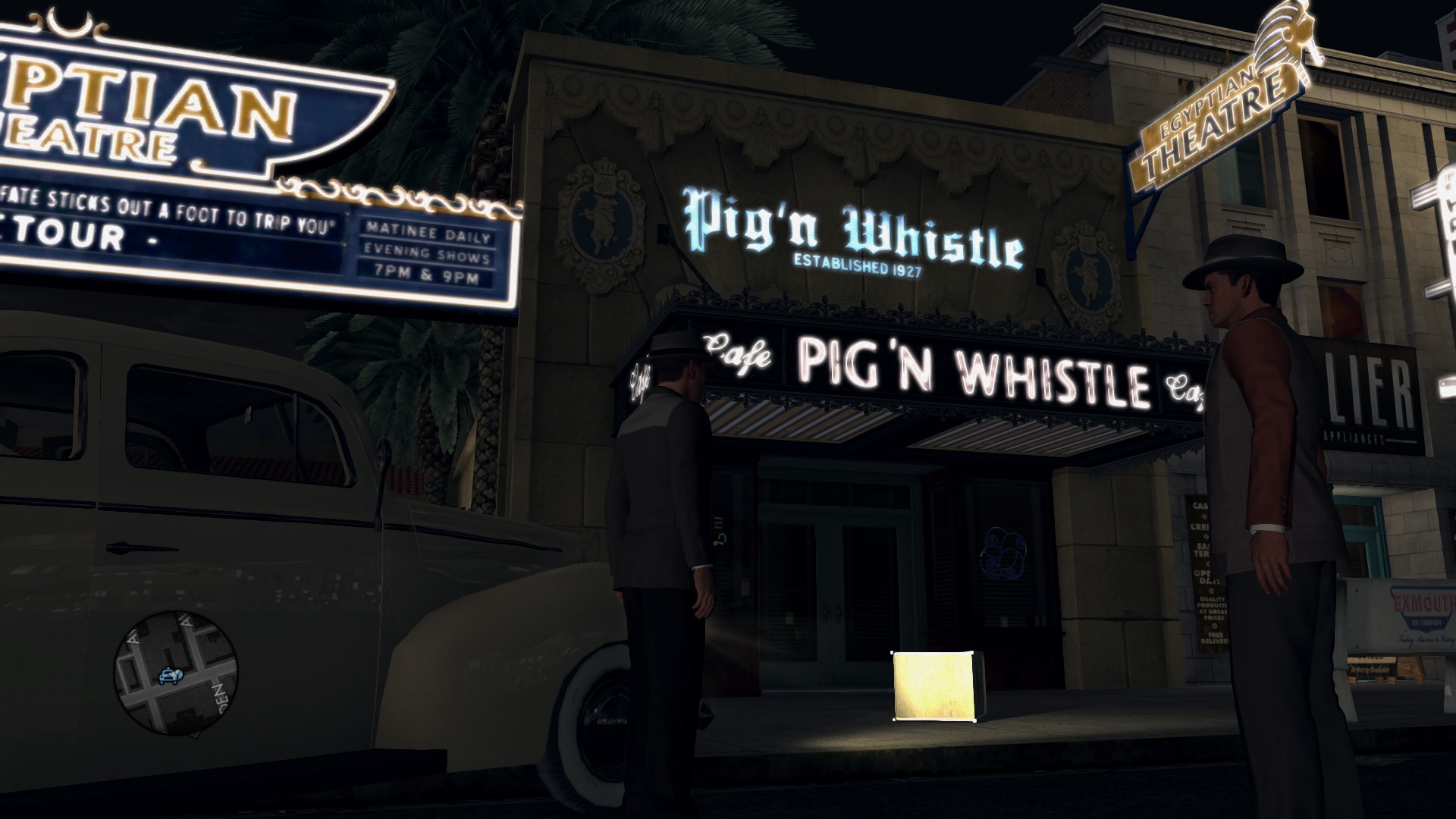 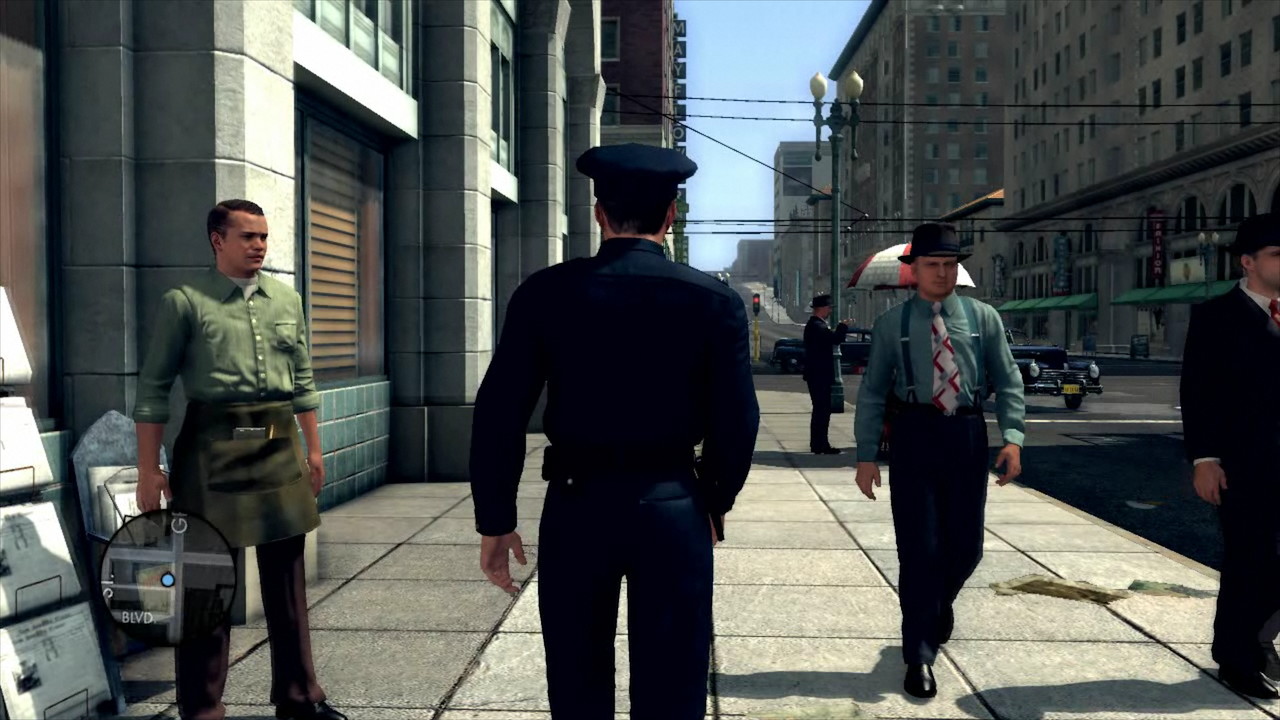