The 4th and final film in the Rebuild of Evangelion film series has been revealed on a pamphlet at the showing of Evangelion 3.0 You Can (Not) Redo.The final film is titled シン・エヴァンゲリオン劇場版:|| Shin Evangerion Gekijōban:||) where the last symbol represents the musical notation of repetition. 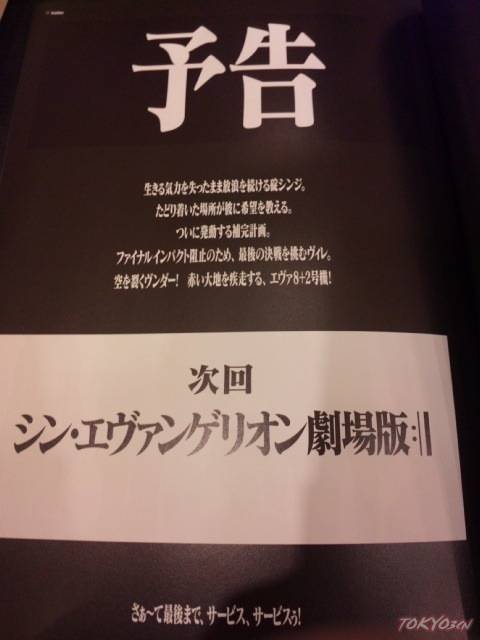 The previous movies subtitles’ are names for the three classical movements Jo-Ha-Ky?, known as the Introduction-Exposition-Climax, of traditional Japanese gagaku music.