It has been some time since we saw the girls from After School Tea Time (Ho-kago Tea Time) on the screen or on paper. But the last volumes of Kakifly’s popular series, finally have an english release date. Amazon Japan has listed on of the last volumes of Kakifly’s popular K-ON! series to be released on July 23rd next year in english. It is the K-ON! College Manga, which follows the gang as they move on into University/College. As with previous issues of K-ON!, Yenpress will be translating and publishing the issue.

Since last year, the manga has been relaunched into two different stories: one featuring the main HTT girls in college/university, and one featuring Azusa carrying on the HTT name. The main girls start their new life in the new school, living in dorms and trying to fit into the new big world. While Azusa with Ui and Jun join  the HTT along with two other members to keep the band alive. Both stories ended earlier this year. There has been no release date confirmed for the latter manga. All in all, this may be sad news since there has been no confirmation of more K-ON! 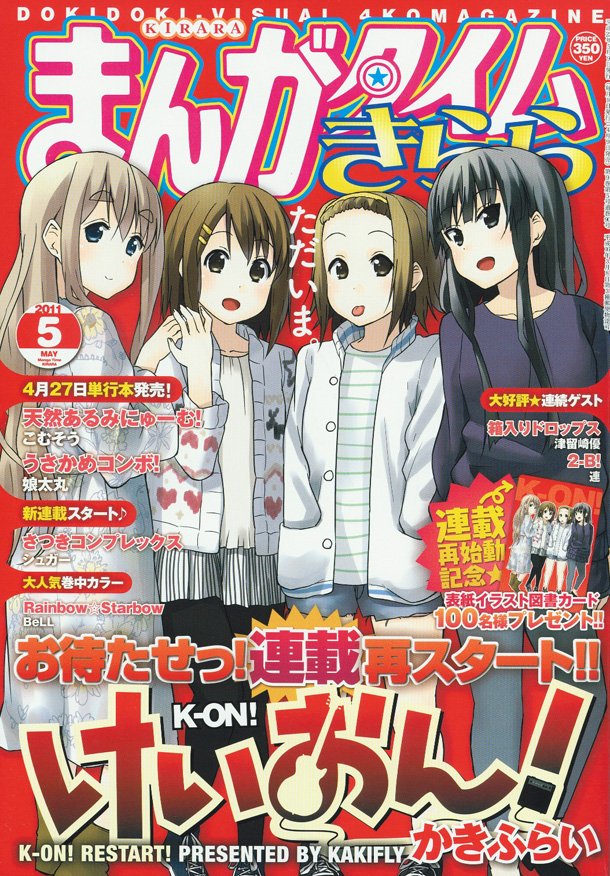 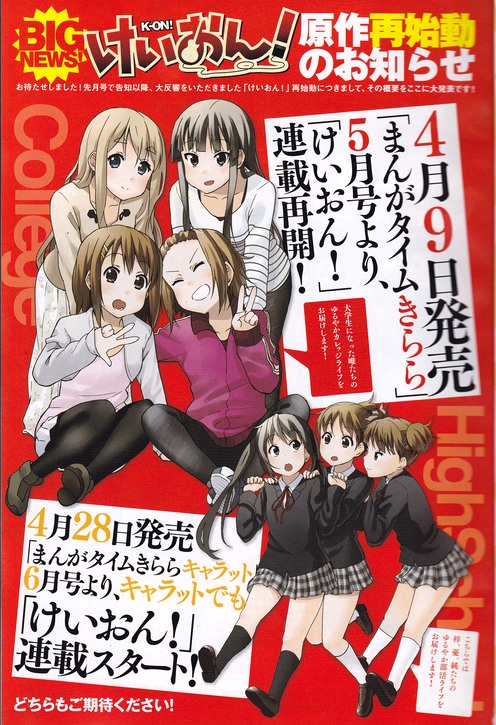