he official website for the anime adaptation of the sixth novel in the Monogatari series, Nekomonogatari Kuro, has gone live. It has been reported on the site that there is going to be an announcement on December 7 in Japan. There has also been rumors of a special preview of the anime airing on the 29th of December. Whether this is true or not, it will only be accessible in Japan.

Nekomonogatari: Kuro is the 6th book in the Monogatari series, set between set between Kizumonogatari and Bakemonogatari. The novel contains the Tsubasa Family Arc and features Hanekawa Tsubasa. 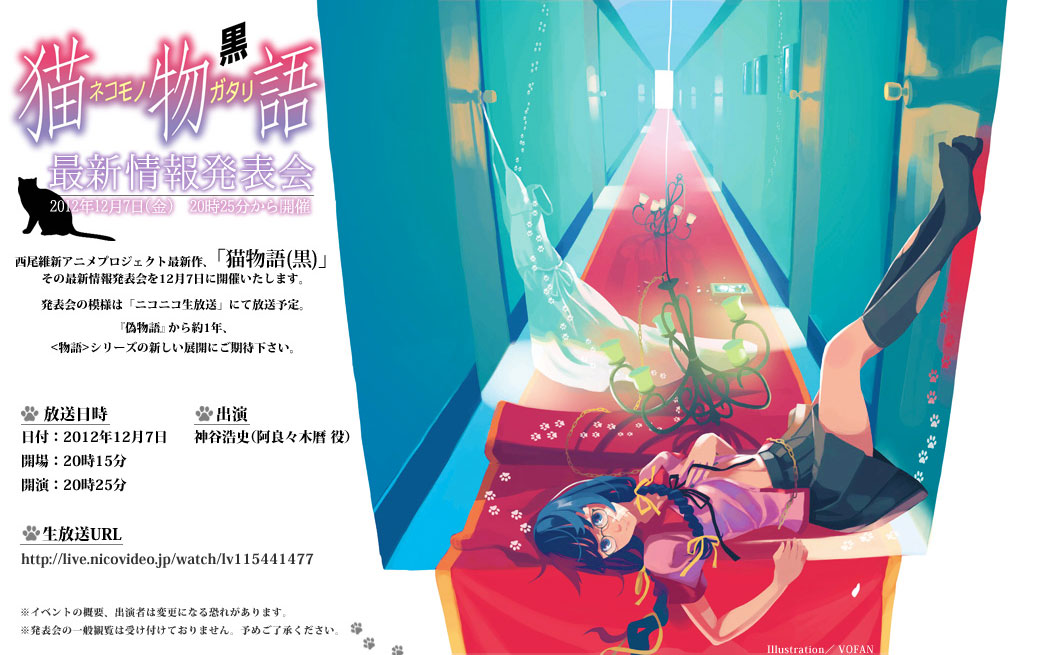 The anime is set to air sometime next year.