There has been a slew of anime adaptation announcements towards the end of last month. Here is an attempt to round up all the announcements so far before we enter the Winter 2012/2013 season. 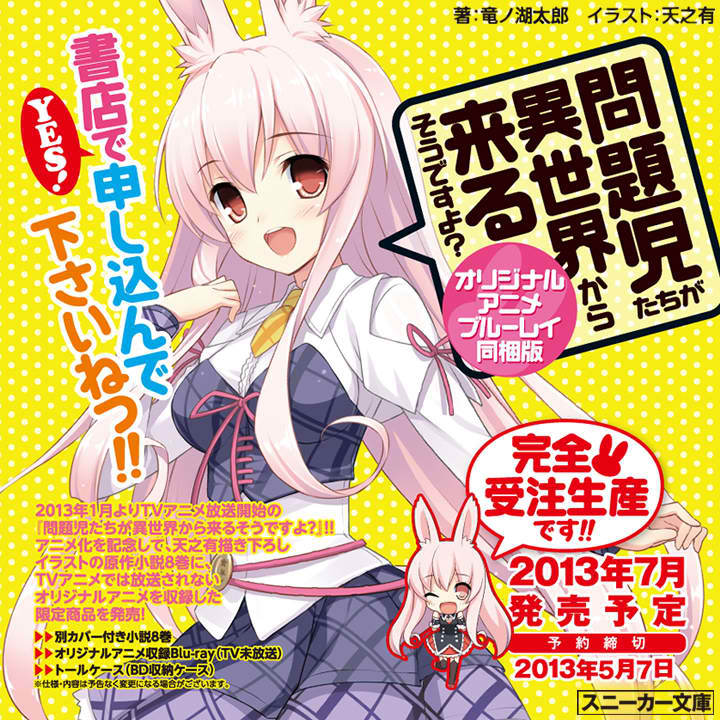 The first of the announcements, though this is somewhat dated, is of the light novel series: Mondaiji-tachi ga Isekai Kara Kuru Sou Desu yo? (Don’t Problematic Children Come From an Alternate World?). An anime adaptation will air next season and along that, the eighth light novel will be bundled with a special OVA episode in July 2013. The anime series will be helmed by Keizou Kusakawa (Magical Girl Lyrical Nanoha) which airs on  January 11th, with Yasutaka Yamamoto (Squid Girl 2) directing and Noboru Kimura’s writing the scripts (Nyarko-san). 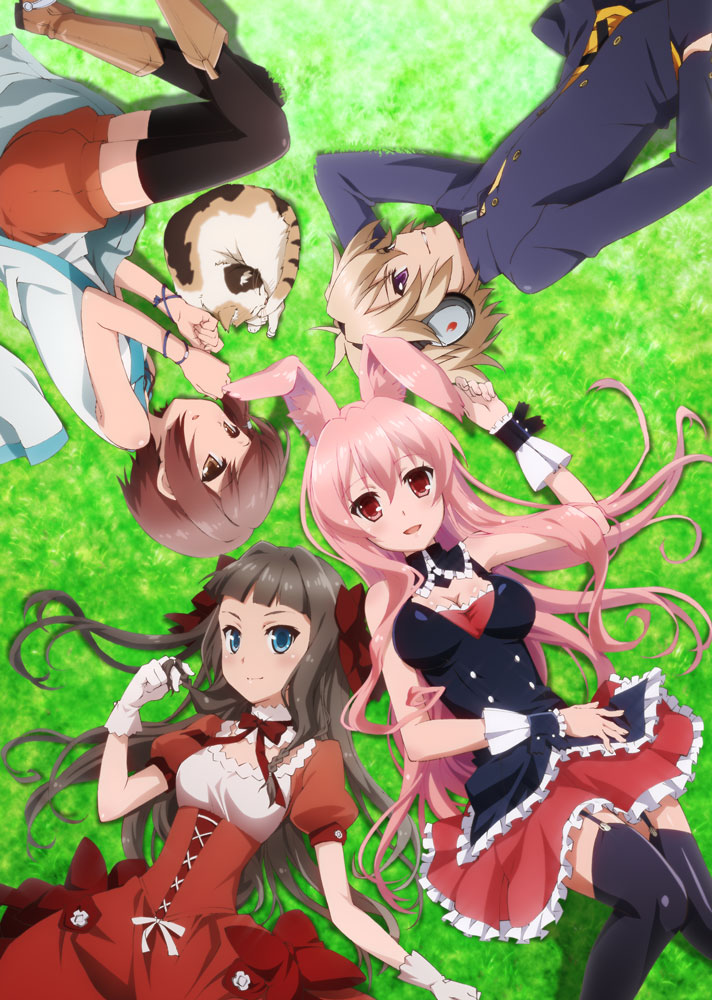 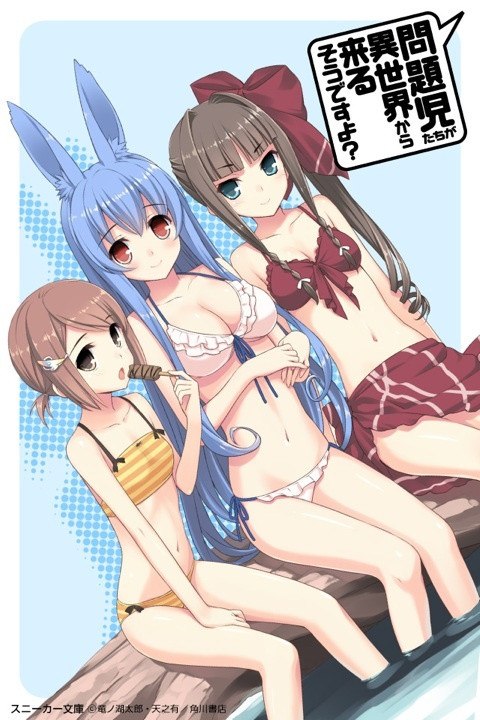 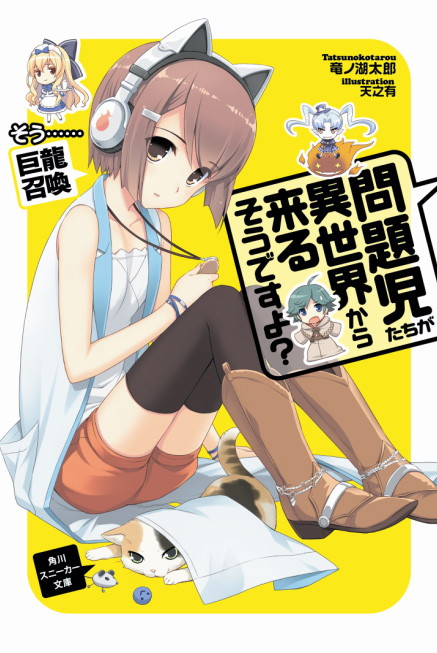 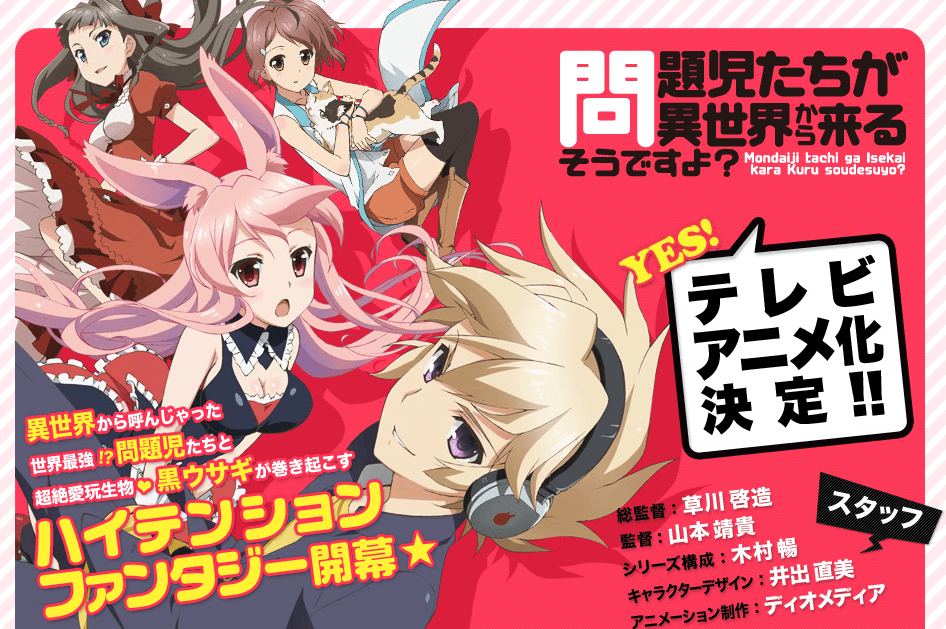 The next is an adaptation of the light novel series Kanojo ga Flag o Oraretara (She Folds the Flag). In the the latest volume of Nagian and 10ka Takei’s supernatural harem comedy, it has been announced that an adaptation is under way. A small description of the series:

Standing at the crossroads of life; the important choices – “Flags”. Hatate Souta, a young man who can see these flags, transferred to “Hatagaya School”, a prestigious school in the metropolitan area. Not only does he meet beautiful girls in his busy school life, he even goes as far as living with them under the same roof! Surrounded by these flags, this enviable romantic comedy begins! 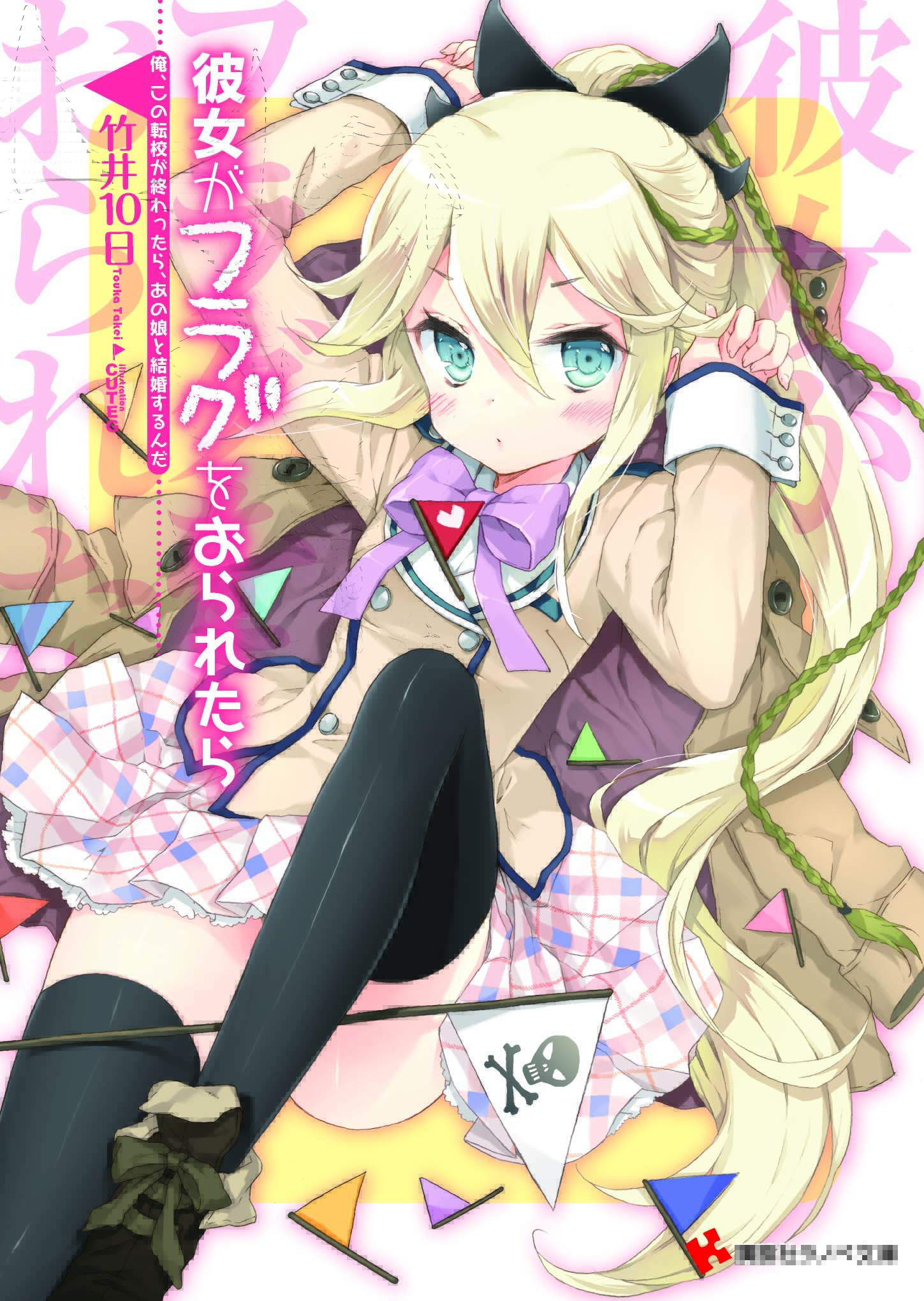 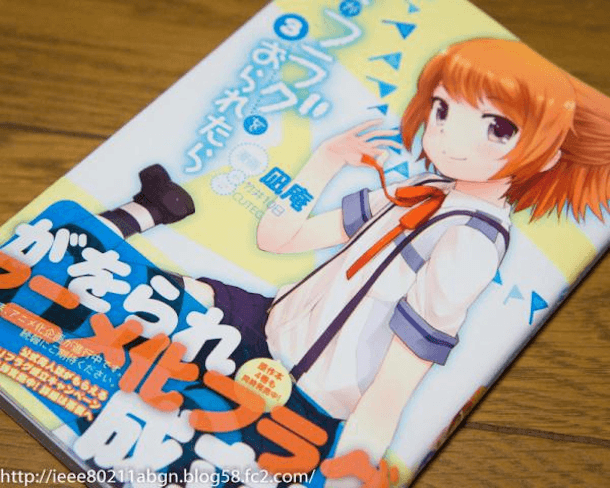 Next is announced is the anime adaptation of the manga Inari, Konkon, Koi Iroha. It was announced on volume 5 that the supernatural/gender bender romantic comedy, will be turned into an anime. The Manga has received lots of attentions and the comments from fans indicate it is actually a funny, cute and lovely series.

One strange rumor is that Kyoto Animation may be producing the anime. Even though, they just announced Tamako Market for this winter, there is no evidence denying this fact. The anime is scheduled for TBA 2013. 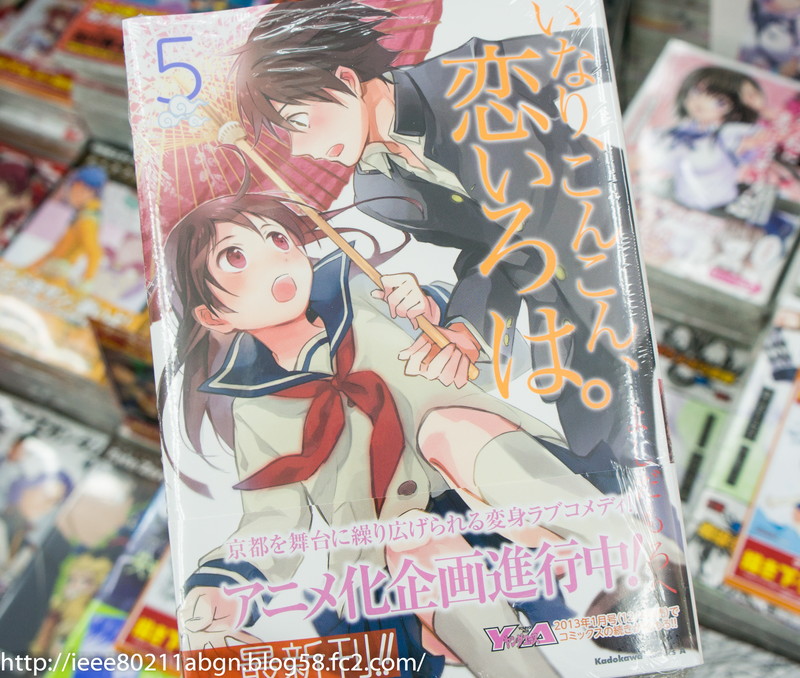 Fushimi Inari has a hopeless crush on her classmate Tanbabashi. One day, while trying to interact with him, she accidentally humiliates him in front of the whole class. He refuses to accept her apologies, and, to make matters worse, she discovers that he probably has a crush on their incredibly cute classmate Sumizome.

She has all these things in mind when she is summoned by Uka-no-Mitama-no-kami, a pale fox goddess. In return for rescuing a little fox-spirit creature before school that day, the goddess offers to grant a single wish of Inari’s. Without thinking, she blurts out that she wants to be Sumizome. As one might expect, this wish does not go nearly as well as Inari had hoped, and the kindly goddess breaks a goddess-rule to give Inari the ability to change herself back. Now, Inari can change her own shape at will, and using her new skill is very tempting as she keeps trying to win Tanbabashi’s heart. But if Inari flaunts her ability, both she and the goddess might end up in trouble with Amaterasu! 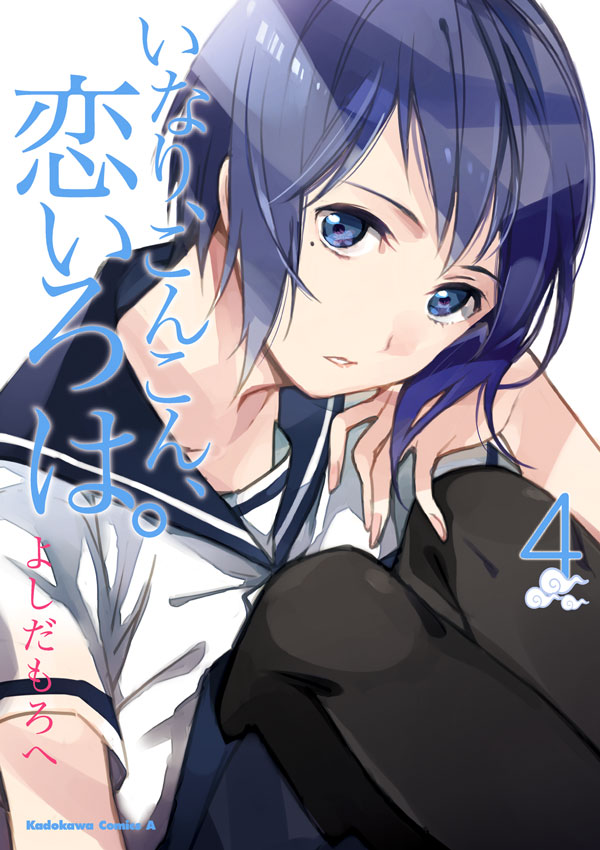 And finally, the lest of our round out for now is an adaptation of Tenshi no Drop (Angel Drop). The adaptation is based on Chizuna Nakajima’s shoujo ai comedy manga of the same name. Here is a brief synopsis:

Botan Ichige has just enrolled in St. Asmaria All-Girl’s School where angels are said to live. It turns out that angels do indeed live there, and after an accident, an angel named Un offers Botan her halo as a snack. After eating it, Botan discovers it had some bizarre side-effects, causing her to regularly “give birth” to colorful mushrooms. Is this the life of an angel!? 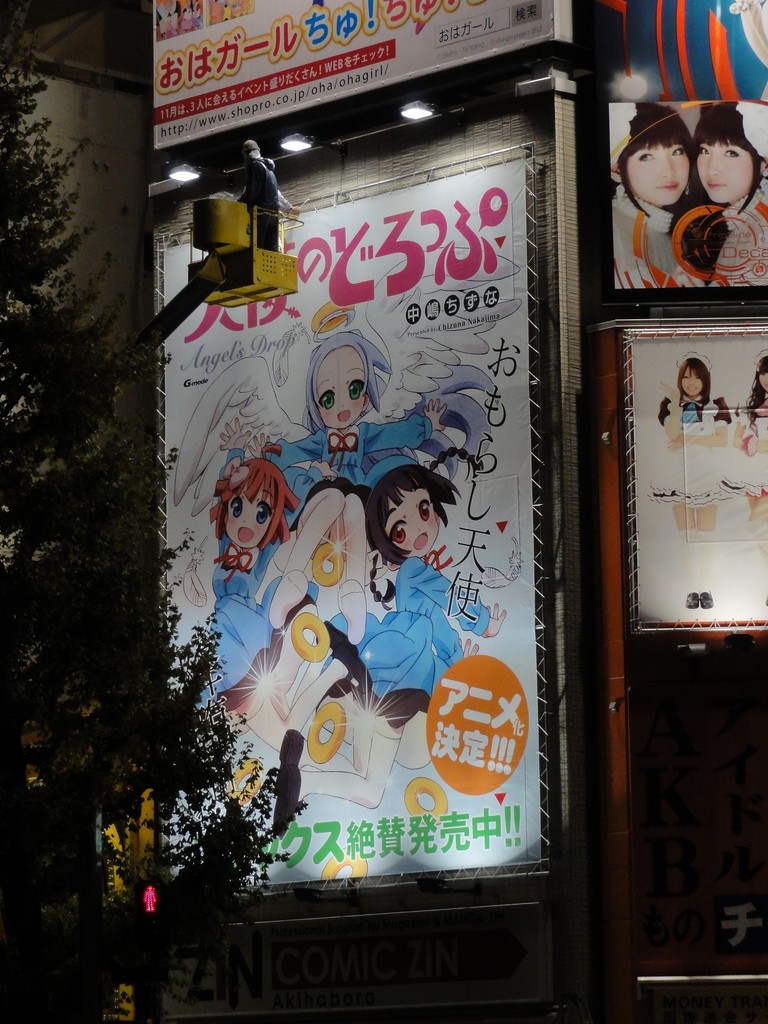 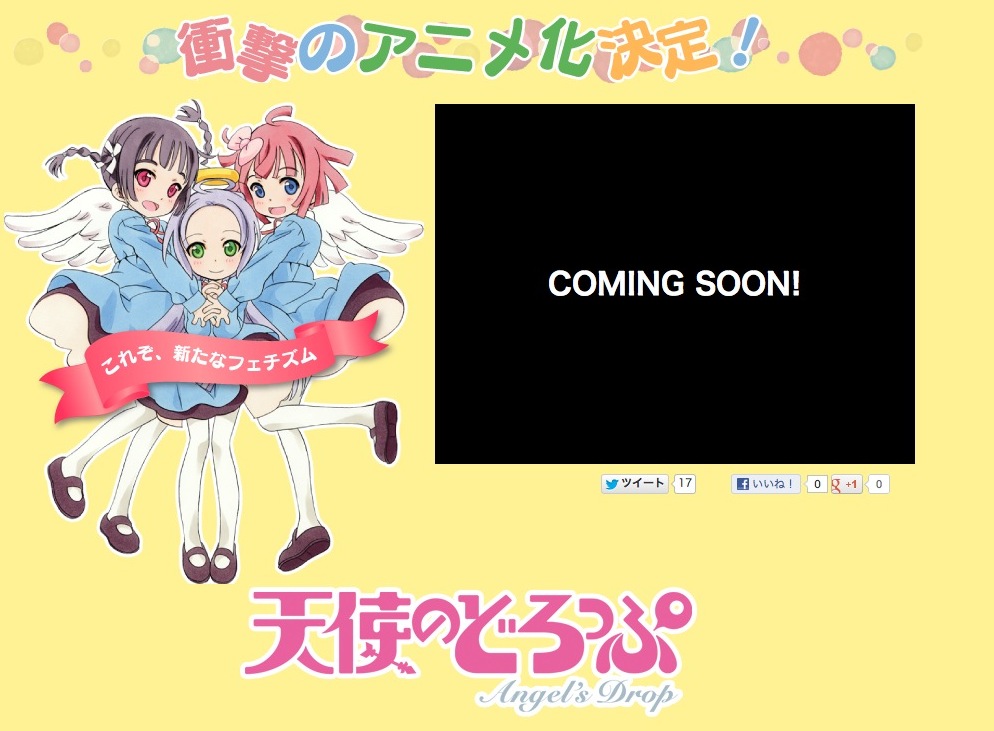