The moe fandom is not slowing down yet and has spread itself into a relatively serious and mean genre, Sci-Fi. Vividred Operation is the name and seems to have a high budget production. It will be produced by A -1 Pictures (Sword Art Online, From the New World) teaming up with Kazuhiro Takamura (the character designer and director of Strike Witches) and Hiroyuki Yoshino (Magi) whom will write the script. The anime is slated for a January 2013 date.

Also, a new preview has been released for the show. 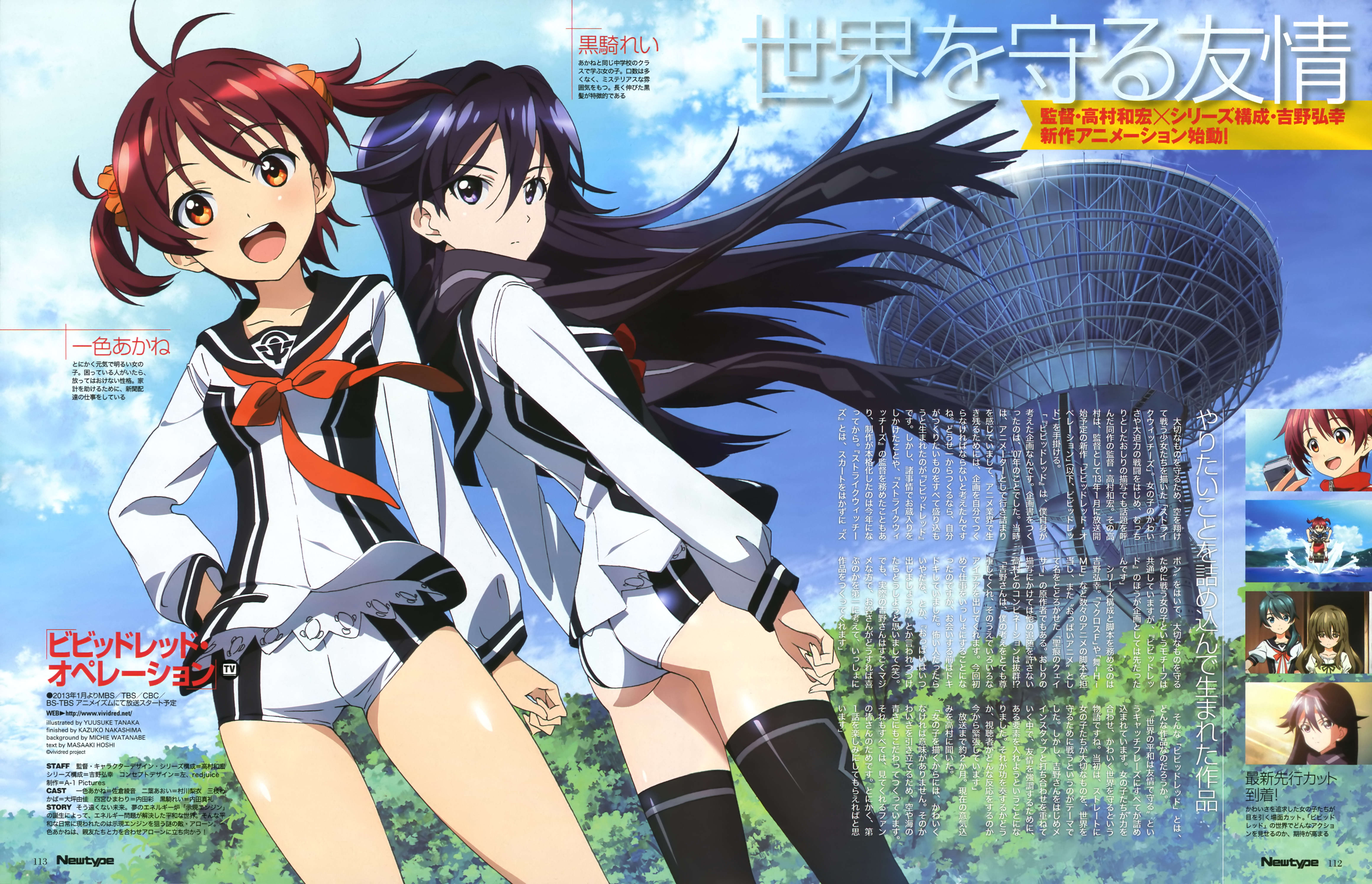 Original images and story are from this article.