Some new images have been released for the upcoming Steins;Gate movie. These include new posters from the anime and a feature in Newtype Express magazine. Steins;Gate movie: Fuka Ryoiki no déjà-vu will soon be in Japanese cinemas in spring 2013. The movie will have its own story separate from the original Visual Novel and will conclude the time-twisting story, with storyboard artist Kanji Wakabayashi to direct the feature film and Jukki Hanada to write. TV series directors Hiroshi Hamasaki and Takuya Sato are onboard as chief directors. Here are some screens from magazines that featured the movie. 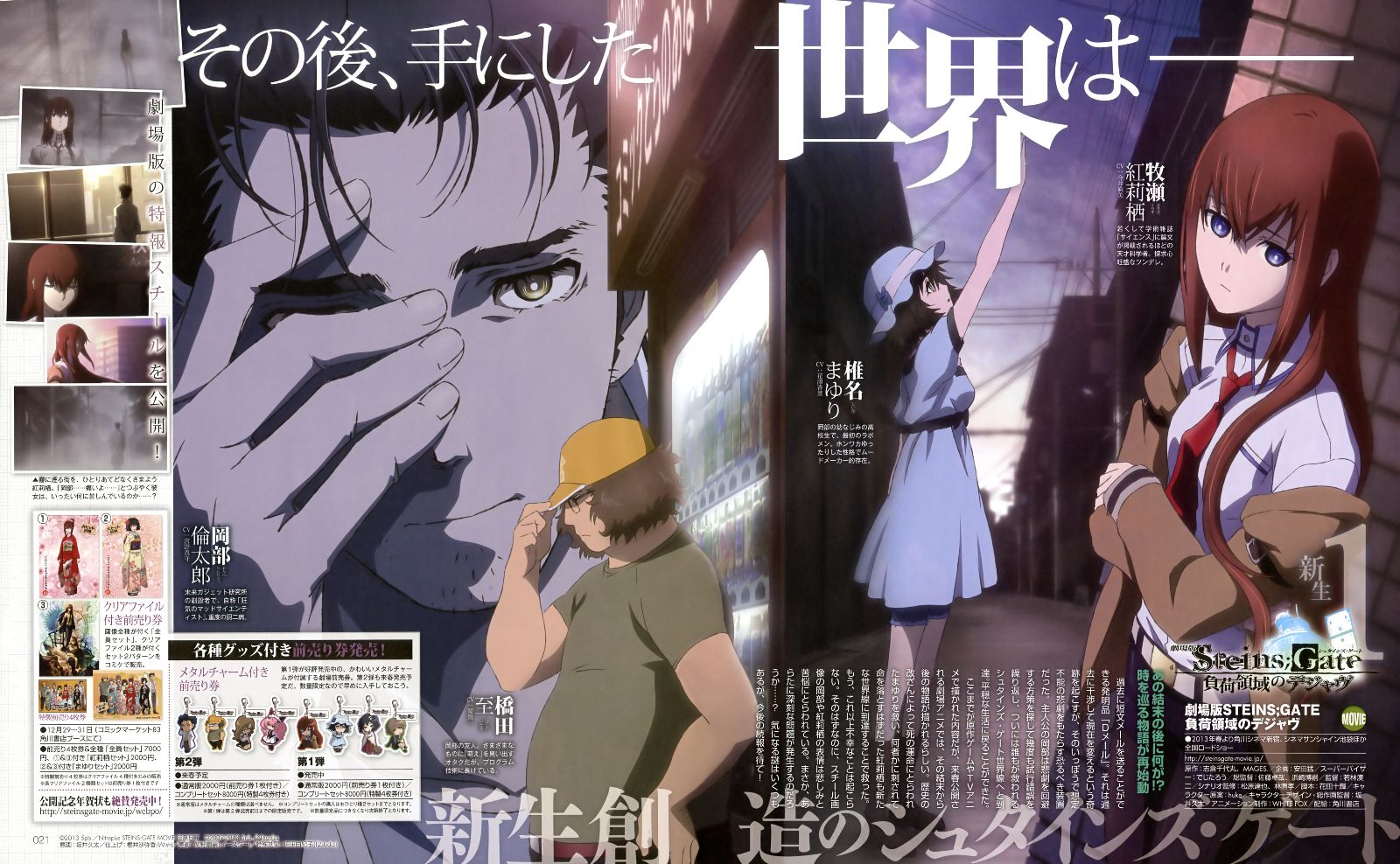 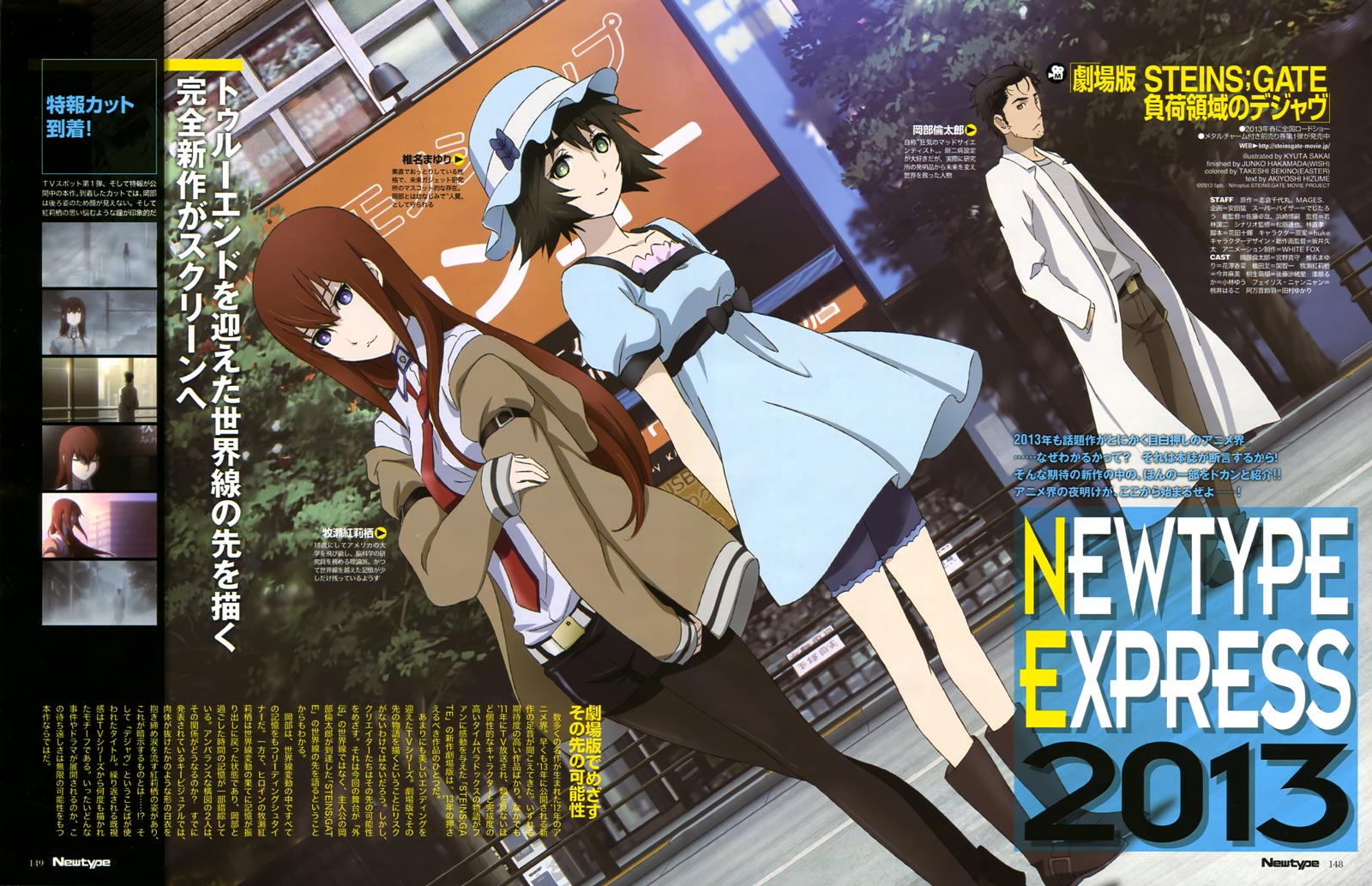 There are also some promotional products and merchandises for the movie; Limited “Wheel of Time” B2 sized poster. 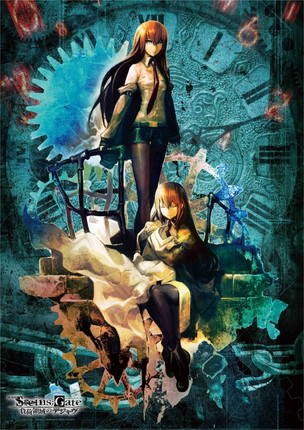 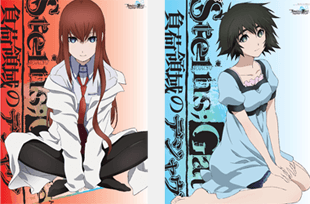 There are two sets of charms offered with ticket purchase. The first set for those that bought the tickets before November and the second set will be available in January. 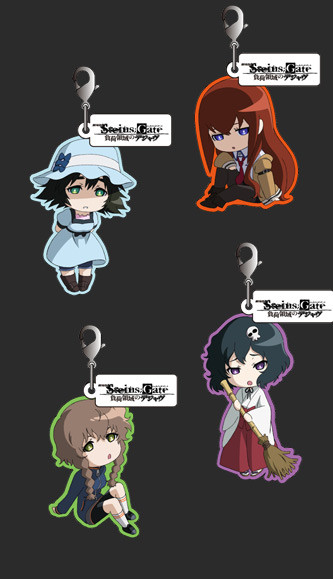 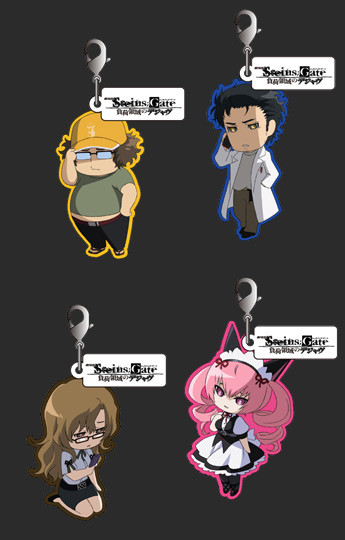