Marvellous and wonderful news for the fans of The World God Only Knows. A third season has been announced to be green lit in production, as well as an OVA. The World God Only Knows (Kami Nomi zo Shiru Sekai) anime series is based on the mange with the same name, created by Tamiki Wakaki. The anime series has had two anime seasons based on the source material, a prologue and multiple other OVAs.

The newly announced OVA will focus the character Kanon, while the no additional information regarding the third season has been announced. There is no date accompanying the announcement, but expect a late 2013 air date. 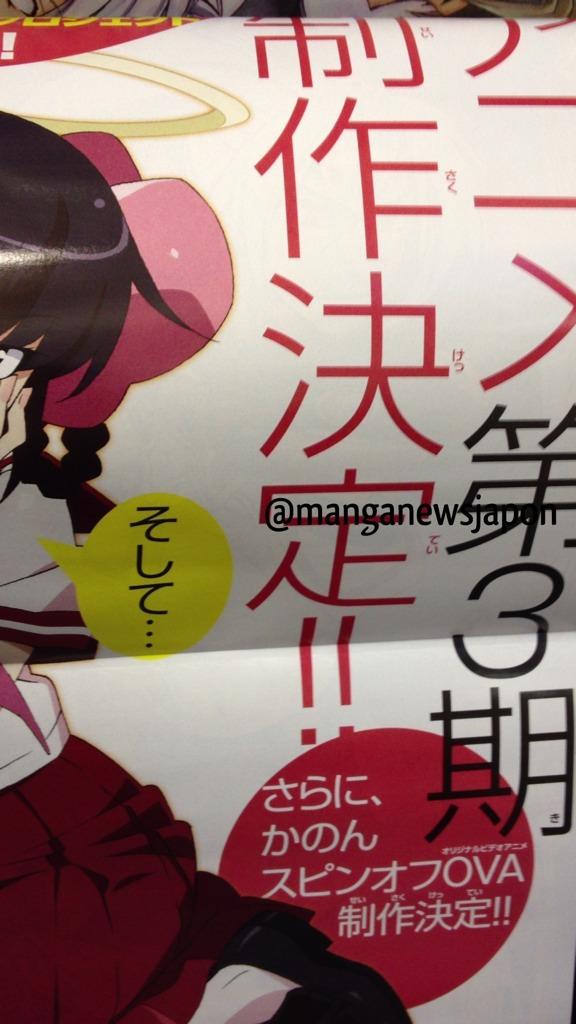 If you aren’t part of the excitement, here is a brief description from MAL:

Keima is a dating sim champion. Cute girls are rendered powerless by his irresistible game playing techniques. Too bad things aren’t that way in the real world. That is, until his tempting game playing causes a real live—and very bubbly-cute—demon hunter named Elsie to materialize! Now Elsie wants Keima to help her free hot girls from sneaky demons who secretly possess them

Source Article
Thanks to dtshyk at MAL