Some sneaky people have managed to access parts of the Assassin’s Creed IV: Black Flag website and it contains some interesting information. While the current page has a countdown timer, the page seen below is what it would look like when the timer reaches zero. First thing to note is that the trailer seen below is for the Assassin’s Creed III DLC, The Infamy, indicating that the trailer has not been uploaded yet.

The page also reveals the release date for Assassin’s Creed IV: Black Flag to be October 29th, presumably this year. You are also able to pre-order the game through Ubisoft’s store and receive a collectible Todd McFarlane poster. Along with this, there is a statement claiming that the game will be “also coming to next-gen consoles.” The game has been already been revealed to be coming to the PlayStation 3, Xbox 360, PC, and strangely enough the Wii U. So the statement would indicate that it will be also available for the PlayStation 4 and Microsoft’s next home console. 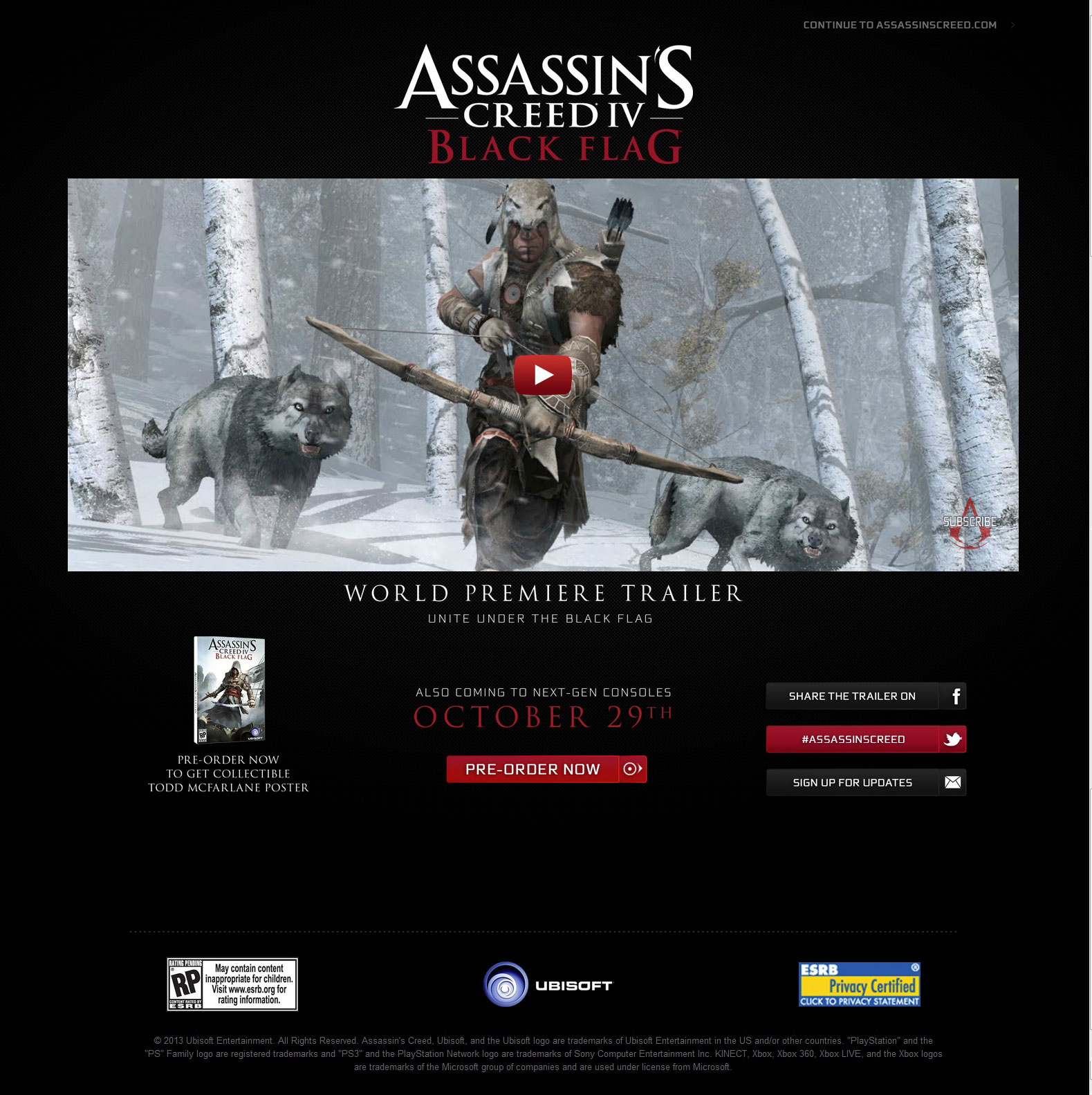 There was also this concept art found on the page, seen below. It would seem to feature a pirate with a long black beard, and we speculate that this could be legendary pirate Black Beard. Though nothing is confirmed and all information found on the page could be subject to change, but unlikely.