After some leakage to the announcement page yesterday more leaked information has surfaced regarding Assassin’s Creed IV: Black Flag. This time it is the world premiere trailer, some screenshots and character confirmations. In yesterday’s post, the announcement page revealed the release date of the game as well as that the game will also be appearing on next-gen consoles but the trailer itself was not released yet. Now that very world premiere trailer has been leaked and is currently available online. Though, Ubisoft has been taking down numerous versions of the trailer on Youtube, so be wary if the version below does not work.

The trailer has revealed many things regarding the game; Black Flag will be set in a pirate themed environment, the naval battles fromAssassin’s Creed 3 will play a vital role in the game, Blackbeard is in the game,you will play a brand new assassin with blonde hair and his name is Edward Kenway. Edward Kenway is the father of Haytham Kenway, the main antatigonist of 3, who is father of Connor Kenway, the protagonist of Assassin’s Creed 3. So players would put themselves in the shoes of Connor’s grandfather, and this game will be set before Assassin’s Creed 3 and the revolutionary war that the game took place in. The trailer also confirms the release date to be October 29th and that it is also coming to next-gen consoles. The PlayStation 4 logo is also seen at the end, a screenshot of the release date is below: 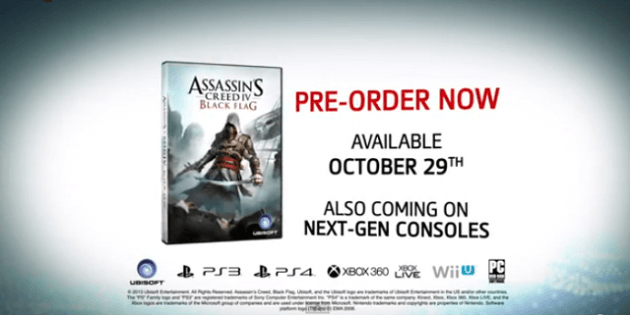 Edward Kenway is an assassin in this game as well as a pirate. Blackbeard refers to Kenway as his captain when he speaks to the rest of the crew and describing him as a very clever man and fights like a devil. The trailer also depicts Edward executing moves seen in previous Assassin’s Creed games, which is seen with a more ‘pirate’ flair, as well as some new mechanics; including dual wielding pistols. Edward is also seen killing another person and taking his woman- in a similar manner to Captain Jack Sparrow, so it’s needless to say that the game is influenced by the Pirates of the Caribbean film series. 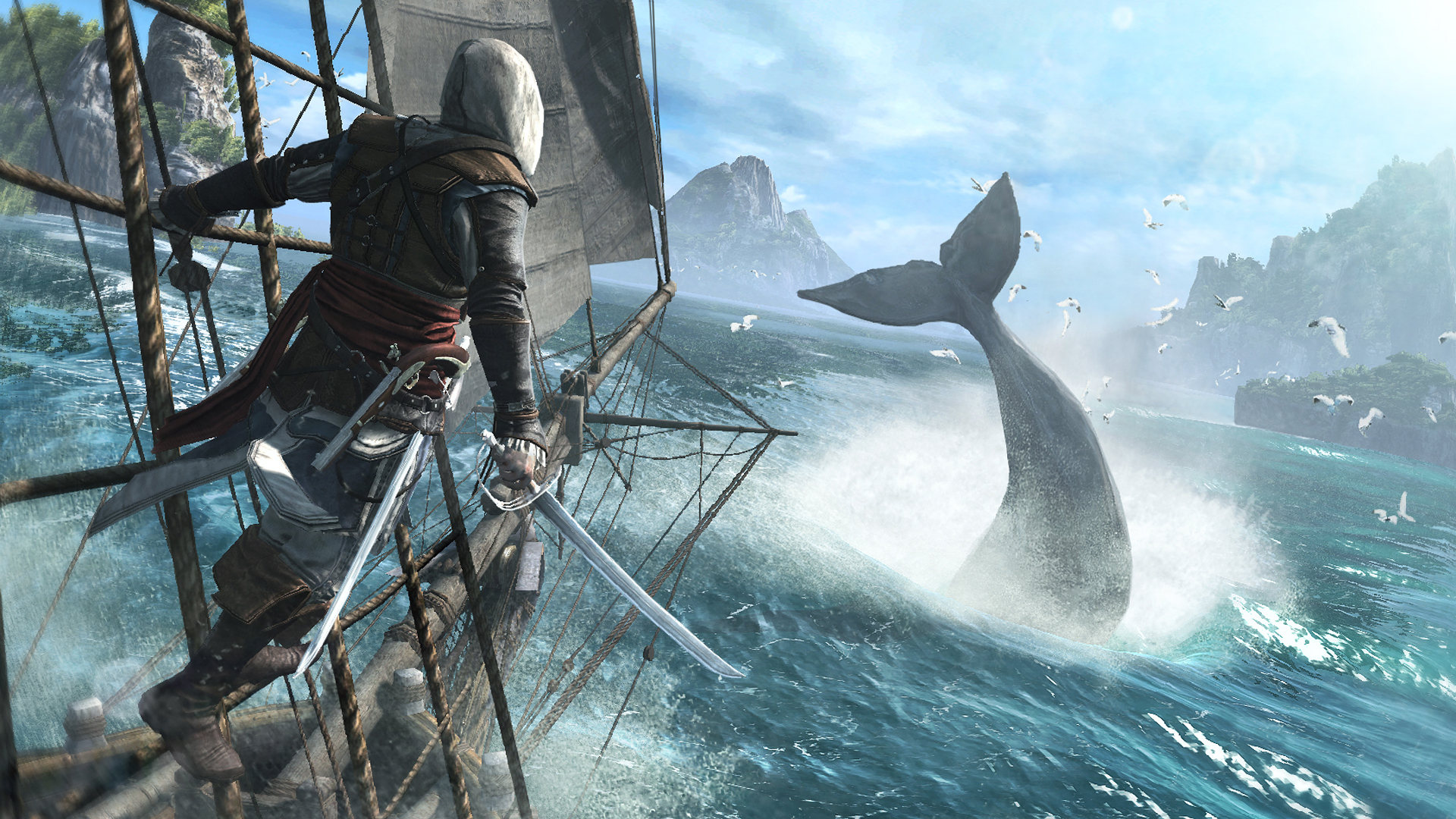 There are also a few leaked screenshots, one is seen above, and all feature possible gameplay mechanics from the game. The other screenshots are seen below: 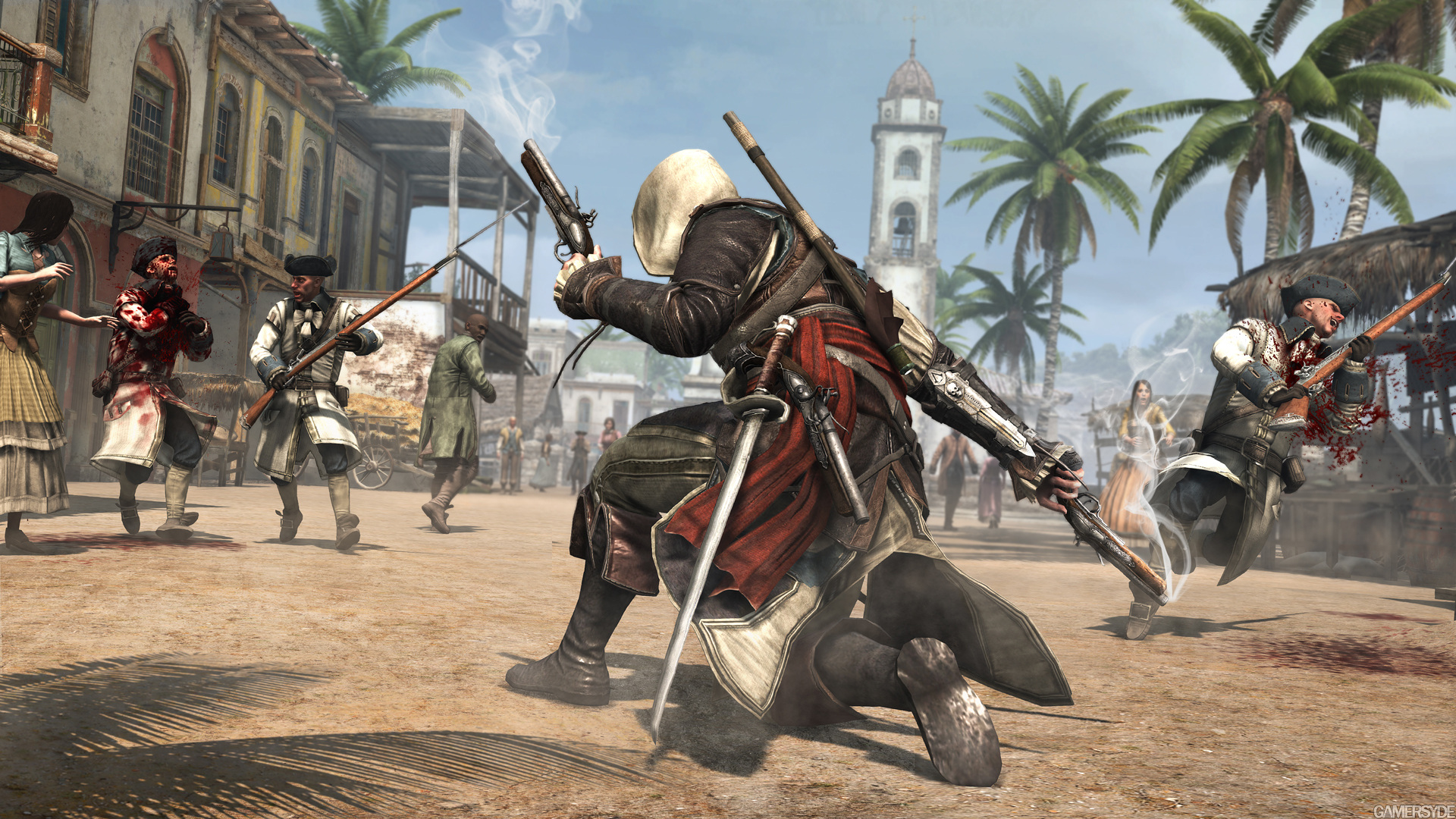 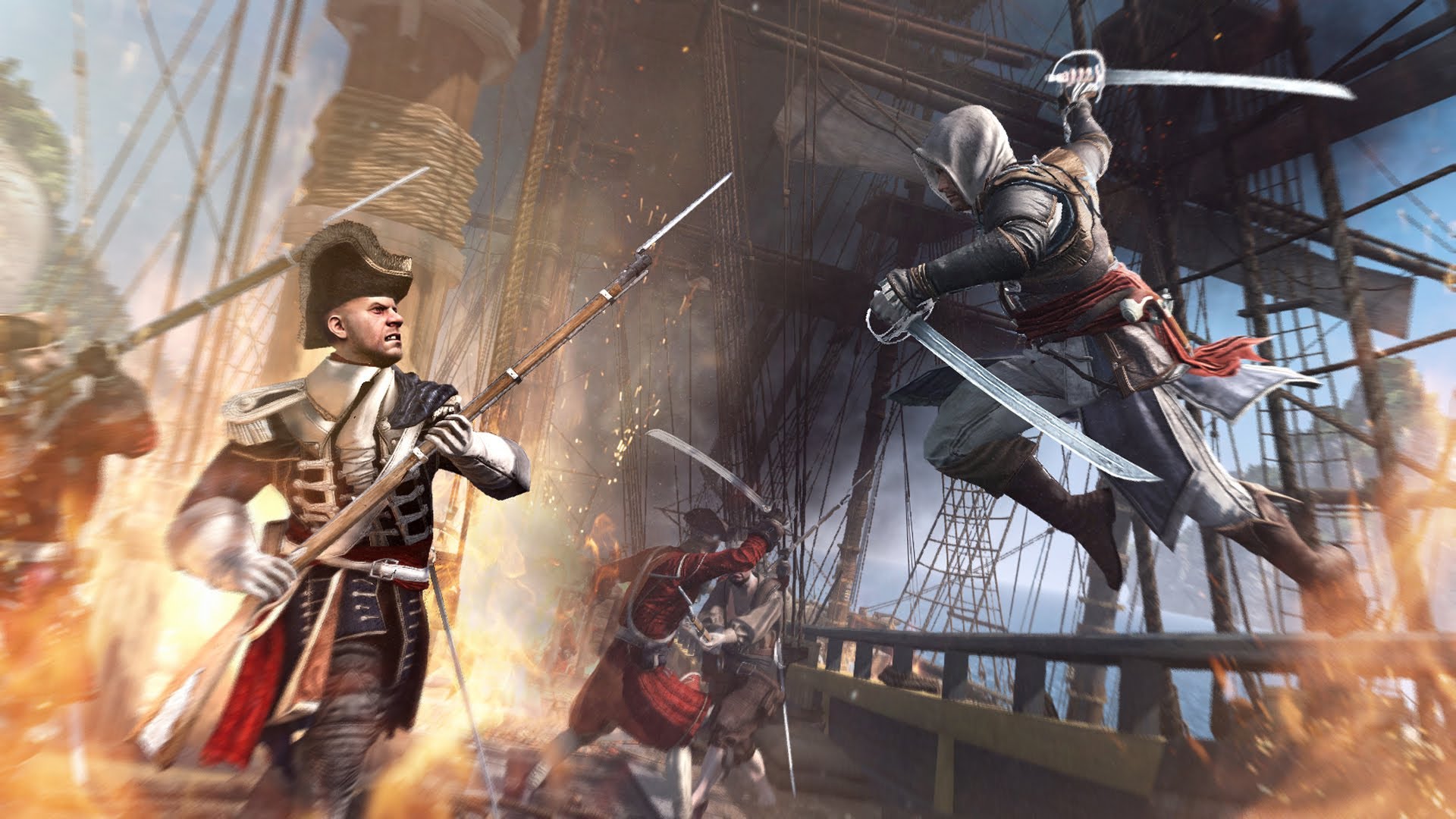 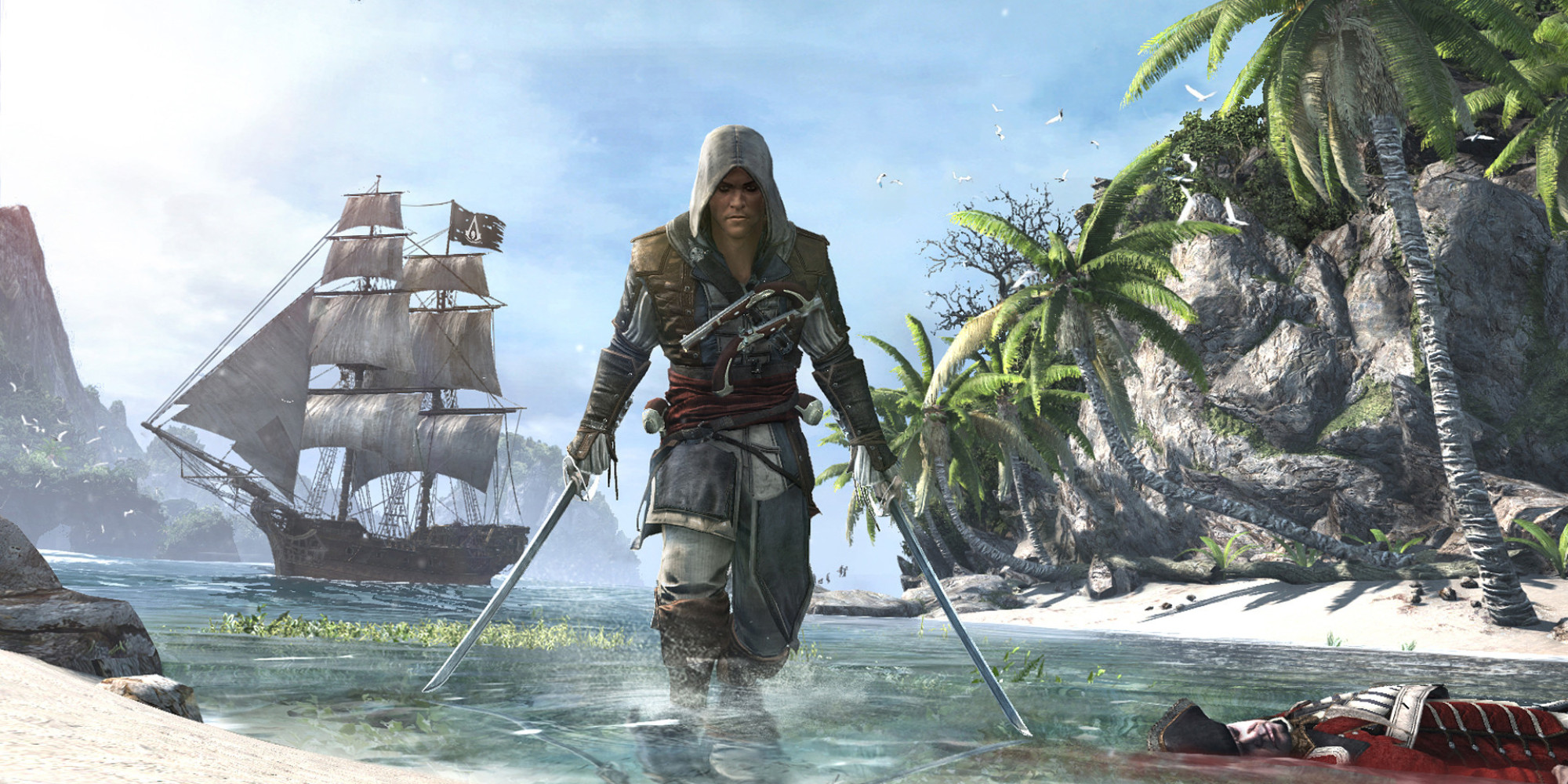 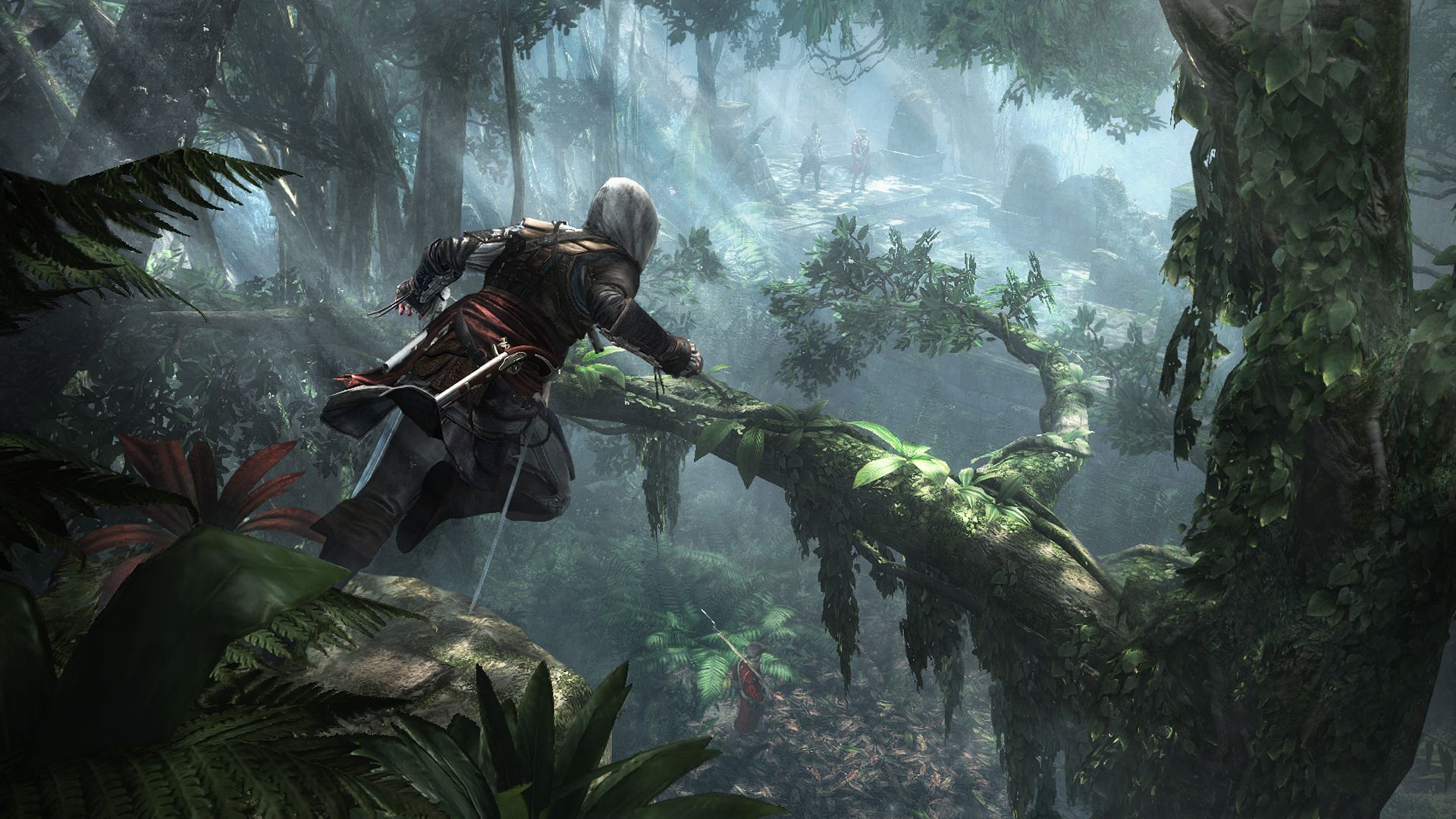 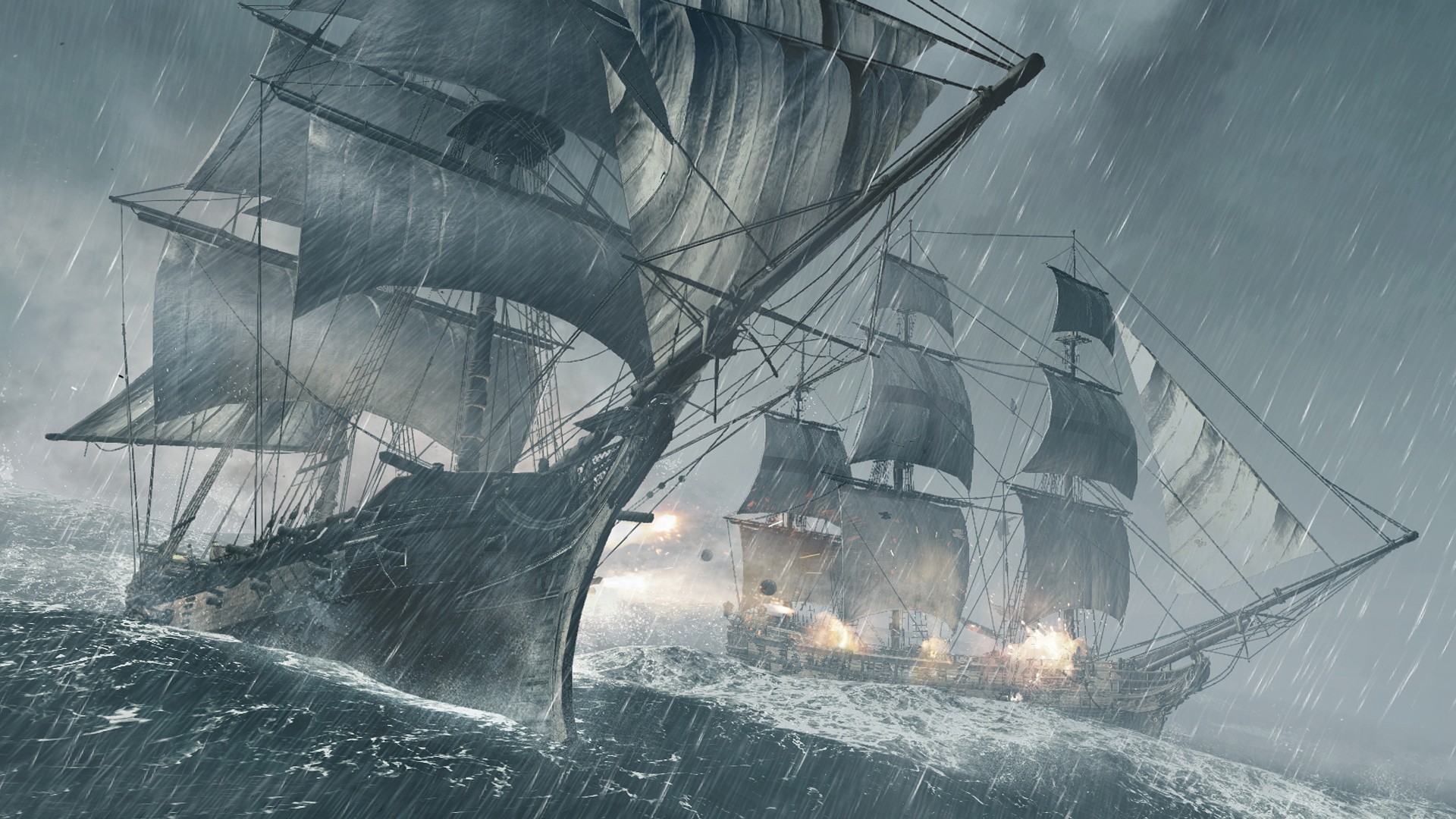