The official website for BONES’ new upcoming anime series Captain Earth has just recently launched. The series is a new original anime from BONES that is expected to air from April 2014. The website has also started streaming the first promotional video for the series, which introduces the main character and setting of the anime.
Captain Earth is a upcoming original anime from Takuya Igarashi and BONES studios. Takuya Igarashi is a well known anime director, who directed anime such as Soul Eater and Star Driver. Another star member of the anime’s production is Yoji Enokido, who will be the scriptwriter of the series. The two have worked together on Ouran High School Host Club and Sailor Moon Super S. The characters are designed by Fumi Minato, and Satoshi Ishino is in charge of animation being the chief animation director. The mechs themselves will be designed by various mecha designers: Shigeto Koyama, Takayuki Yanase, Shinji Aramaki, Takeshi Takakura, Masaki Asai and Takeshi Yoshioka.

The main character of Captain Earth is Daichi Manatsu, pictured above. The main mech/robot is Earth Engine, who is pictured below. The series itself has been described as a more traditional robot anime, from the 1980s. The tagline of the series is as follows:

“A summer story of a boy who searched for the truth,” and “When I opened the door called truth, my childhood ended. It was a summer I could never forget.” 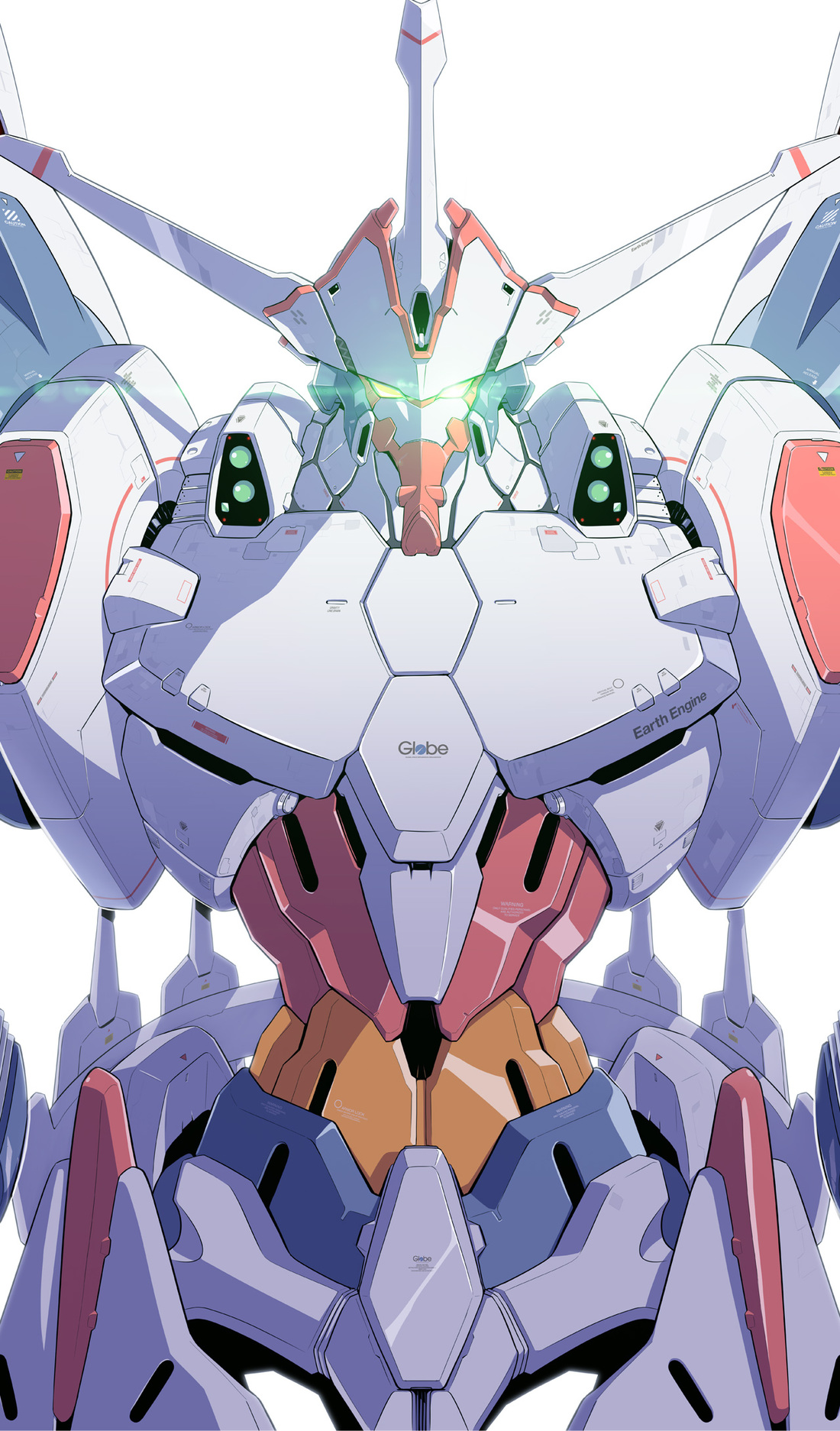 The website also includes a brief introduction to the series:

The story begins when second-year high school student Daichi Manatsu suddenly spies a mysterious circular rainbow floating in the skies over Tanegashima island on television, on the evening before summer vacation begins.

“I’ve seen that rainbow before…” Moved by intense foreboding, he heads to Tanegashima, the home of Japan’s Tanegashima Space Center, by himself.

The mystery of his father’s accidental death. Memories of mysterious boys and girls he met during childhood. Daichi arrives at the island full of complex emotions, and as alarms sound at the center, he encounters the robot “Earth Engine.”

Daichi is asked, “Are you the Captain?” The target is the mysterious all-mechanical lifeform “Kirutogangu” that is invading from Uranus. Now, when the stars in the skies are ablaze, the curtains open on their battle….

Captain Earth will be airing on Japanese television in April 2014. More characters and mechs will be revealed at a later date so be sure to visit the anime’s official website: http://captain-earth.net/