Our first entry into the Convention Coverage series where we visit anime conventions and expos and highlight all the amazing events and why you should attend them. This time, its at Supanova Sydney 2013, one of Australia’s largest conventions for geeks, nerds, superheroes, celebrities, ninjas and many more!

I had the joy and privilege to attend the Supanova expo at Sydney this year under a media pass. Supanova is one of Australia’s largest expos that occurs in all major cities around the country. Think of it as the equivalent of Comic-Con from America. Like Comic-Con, the main focus of Supanova is to celebrate popular culture with an emphasise on the western side of things: comics, hollywood movies, songs and so on, but of course there is still love for Japanese pop culture. Supanova Sydney 2013 was going to be the largest turnout for the expo ever, and it was very, very busy. 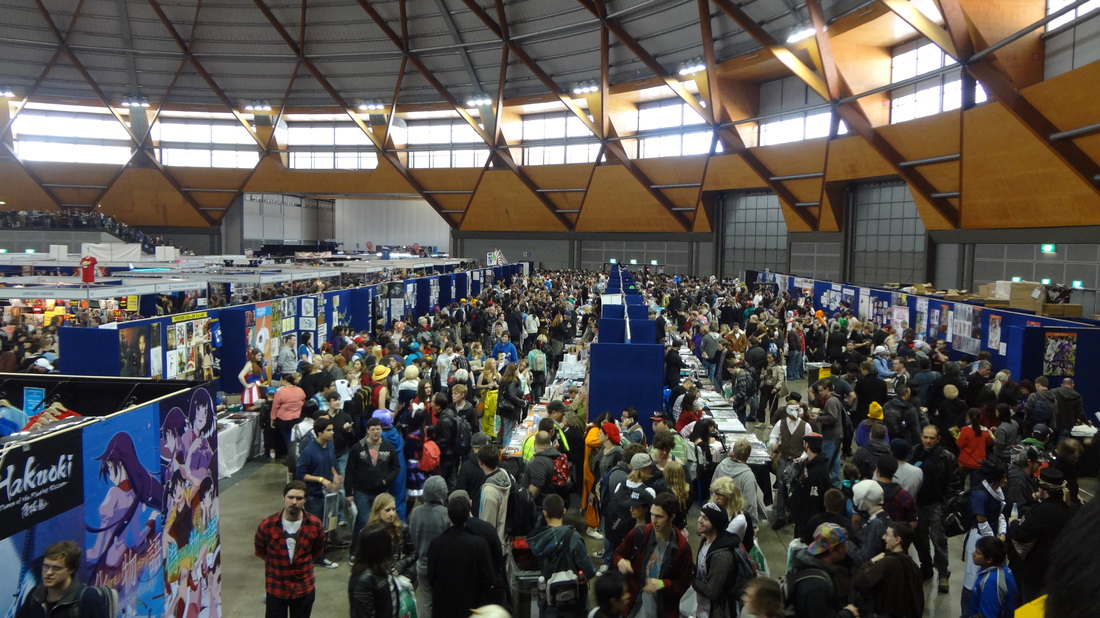 The expo took place over the weekends with a small ceremony on the Friday night beforehand. Over the course of two long days, from 10am till 6 at night, its a large festive with thousands and thousands of people that gather to celebrate the wonderful world of pop culture. Held at the large complex known as the Sydney Showgrounds, the expo stretched to the ends of the complex- with 7,200 square metres of jolly good fun. The expo has many attractions, including stores, booths, a large arena for special events and a whole hall dedicated to special guests signing and photographing with fans. The entire front floor is covered with stores where you can buy all the necessities to be a hardcore fan and then some. There are many popular stores and brands at Supanova selling their merchandise, such as Madman Entertainment – the Australian anime distributor, King Comics – Sydney’s largest comic book store, and even booths for fan artists. 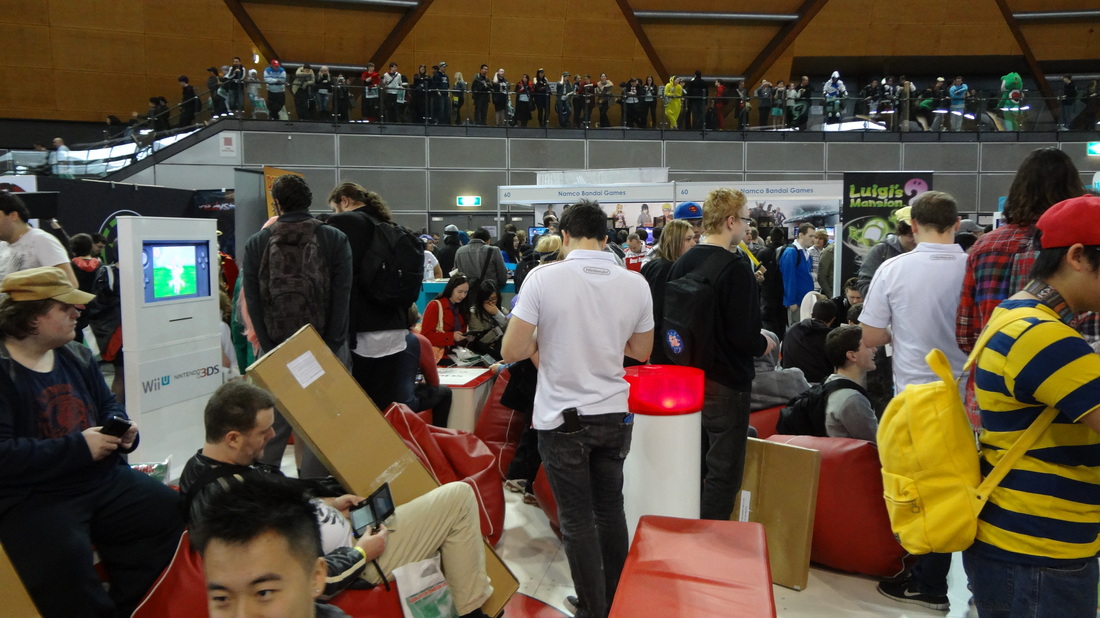 Even Nintendo and Bandai Namco Games were present showing off their latest and upcoming games. The Nintendo booths had a few Wii U games but the main show was this lounge, as seen above, where people would bring their 3DS and play with each other, collecting street passes, fighting with Pokémon or chatting about the new Animal Crossing game. The Bandai Namco booth was more focused on their console releases and had playable demos from Naruto Shippuden: Ultimate Ninja Storm 3, Tekken Tag Tournament 2, One Piece: Pirate Warriors 2, GRID 2 and umm… Star Trek.

The majority of shops and exhibitors sell more western pop culture merchandise such as comic books, art books, figurines, costumes and posters. Recently Marvel has become very popular with their movie line up, especially The Avengers. So the Marvel store was quite packed and sold many comics, books and posters related to the Marvel Cinematic movies. On the other side were DC who were celebrating their newly release film Man of Steel with a statue of the new Superman himself, played by Henry Cavill. There was one very interesting store which sold movie props that were actually used in many popular films! Of course those items are very pricey and are usually fit for collectors or super die hard fans, with lots of money. Other props, such as weapons, costumes and the like were plentiful around the expo for some convenient prices. Of course for a site about Japanese pop culture we need to discuss all the anime and manga related products and events at Supanova. There were many stores and booths that sold various anime products. The most popular would be the Madman store, which sold DVDs, Blu Rays and Manga of all sorts. But being the money hungry industry of the otaku, purchasing one Blu Ray doesn’t cover the entire season of an anime. And don’t get me started on the numerous volumes of Dragon Ball Z or the weird absence of Clannad. We managed to purchase something from Madman, a Blu Ray of My Neighbor Totoro, which I have not seen yet (I know, I know, crucify me already). I was also looking to purchase Angel Beats! on Blu Ray but no luck.

The other anime related stores sold all the usual stuff: toys, manga, figurines and all that jazz. There were many Nendoroids available to purchase but none that tickled my fancy. Figmas were also present. The prices were somewhat expensive on my budget, about $60 AUD but that does match the quality of the popular line of toys (and I have my own Nendoroid at home, my lovely Inori). You can see one of the stores in the picture above, which Luka is stealing the shot :/ Other plentiful things include those small mini figurines which come randomly in a box, costumes for future cosplays and props such as Ichigo’s Zanpakuto from Bleach and a Pikachu onesies. 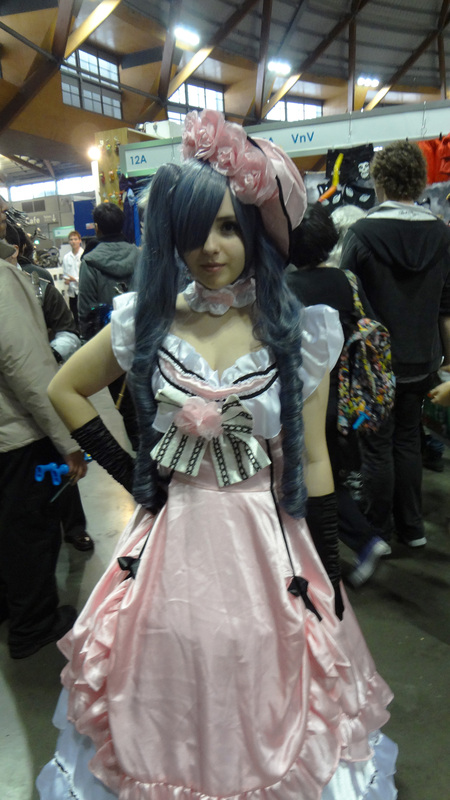 While walking around for hours buying items making us and our wallets cry, there were also many other events throughout the expo. Towards the front there is a small anime screening room hosted by Madman Entertainment, where various anime movies and episodes would air. We sneaked inside just in time for the K-ON! Movie screening and got front row seats. But unfortunately the film was in English Dub, which isn’t horrible by the way but we’re just not use to it- Yui doesn’t sound cute enough, Sawako sounds like she’s trying to seduce someone but Mio sounds somewhat nice. We got out before we suffered permanent ear damage (sorry!).

One big event was the annual Madman (they do a lot of things) Cosplay Competition where many cosplayers dare to compete to find the most amazing cosplay. I didn’t really stick around for the entirety of the competition but there were some awesome cosplays in the competition such as this amazing Frieza from Dragon Ball Z. Of course there are many other cosplays roaming around the expo and you can check a few of them out around the page. 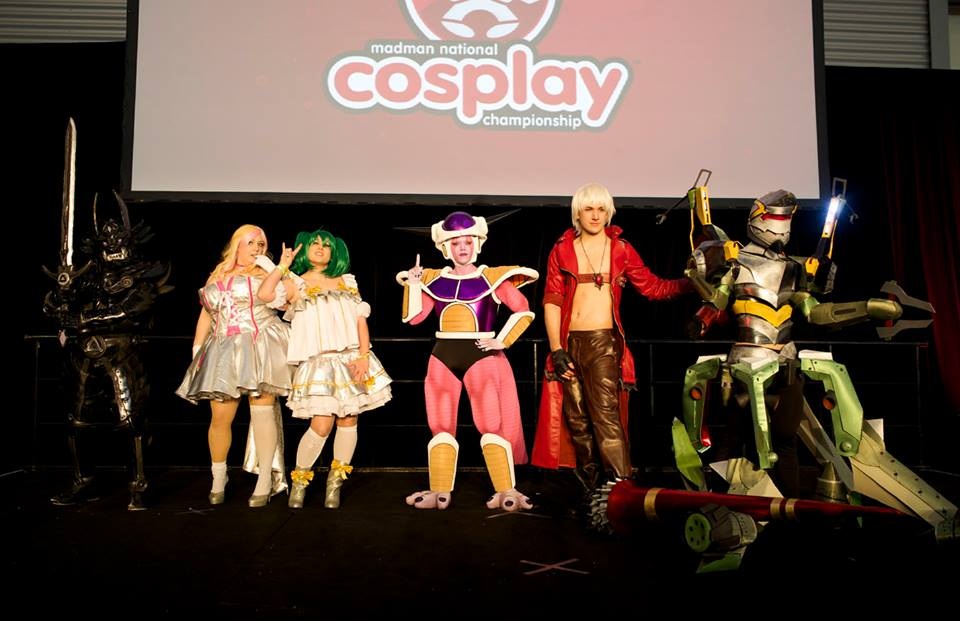 The other most anticipated event of Supanova was the special guests. At the end of the hall, and occasionally hopping up on stage for a Q&A session were the VIP guests. Actors/Actresses and Voice Actors/actresses, comic book artists and authors. Some of the insanely popular guests include:

The A-list celebrities – pretty much all the live action actors and actresses- actually required a fee in order for them to sign an item or to take a photograph with. All the other guests, voice actors/actresses, comic book artists and authors, were more forgiving in having signing sessions and pictures for free. 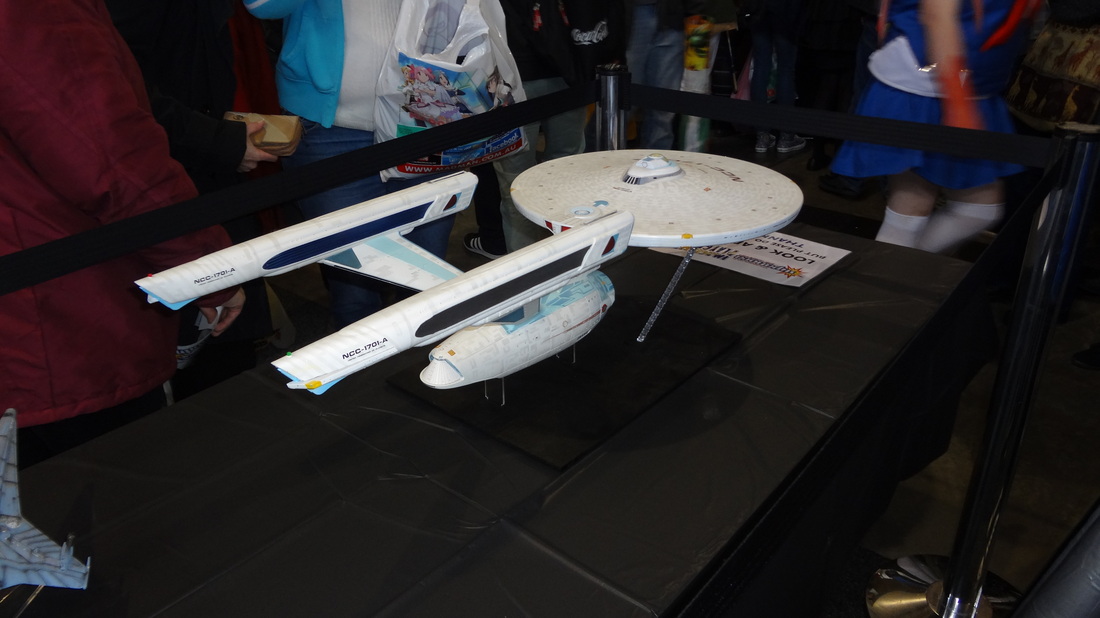 Other random things that happened throughout the expo was a wrestling arena placed in the middle of the whole place. Wrestlers would occasionally put on a show for the crowd and it would get somewhat hectic. I’m not a big fan of wrestling so I didn’t really stick around much. There was food to purchase at the expo cafe and fast food restaurants nearby outside. One odd occurrence was that Domino’s Pizza was present at the expo selling pizzas to everyone. But it wasn’t really cooked there on the spot, rather ordered through the booth and they would bring the pizzas in and reheat them- there was a massive line for this during lunch time. There was also a small section of scaled models of various ships and spacecraft from Star Trek, with the USS Enterprise seen above – I don’t watch the show so forgive me for any obvious errors.

And then we spent the rest of the time hunting for things to purchase and add to our collection of goodies. Here are some of the items we got from Supanova: 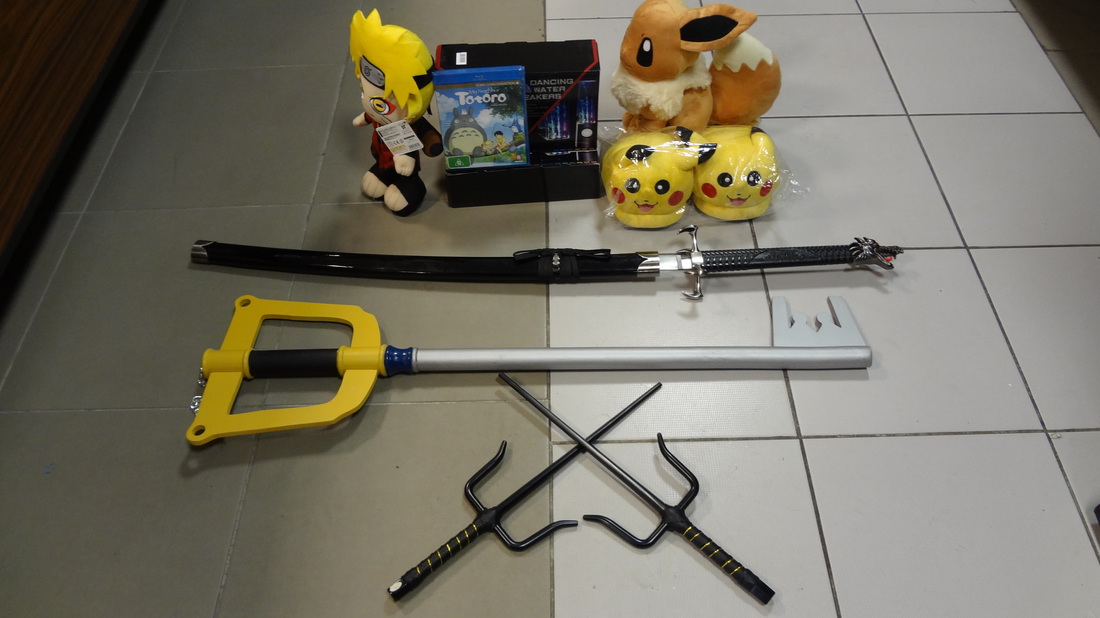 And so is the end of post coverage of Supanova Sydney 2013. I would like to thank Supanova for the time to provide us with media badges, and of course for them for setting up this amazing event and keeping it so over the past decade. We had a blast attending the expo, taking pictures and buying too many things. The cosplays and cosplayers were all very enjoyable and fantastic at the same time. We might have to rest for a little bit from walking too much – or from the unnatural hearing of the english dub of the K-ON! Movie– but it was all well worth it.

I will be definitely be returning to Suapnova Sydney next year as well, in addition a couple more anime focused conventions later in the year.

You can check out some other photos of the expo below: 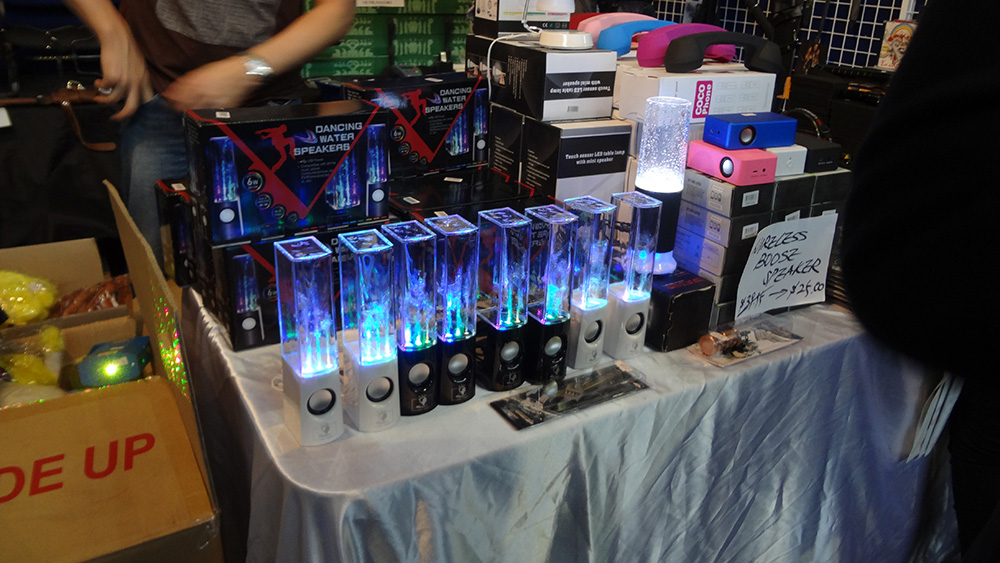 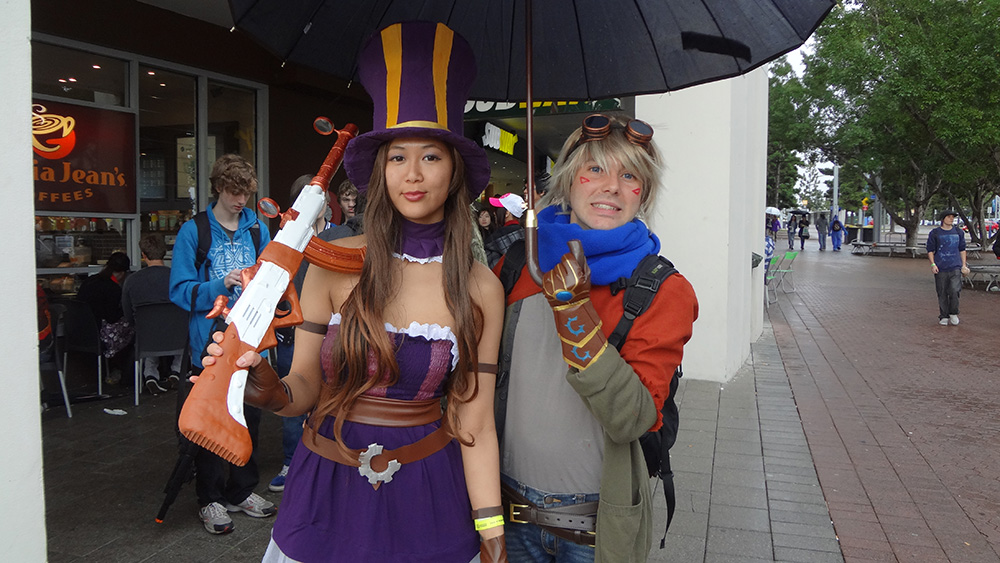 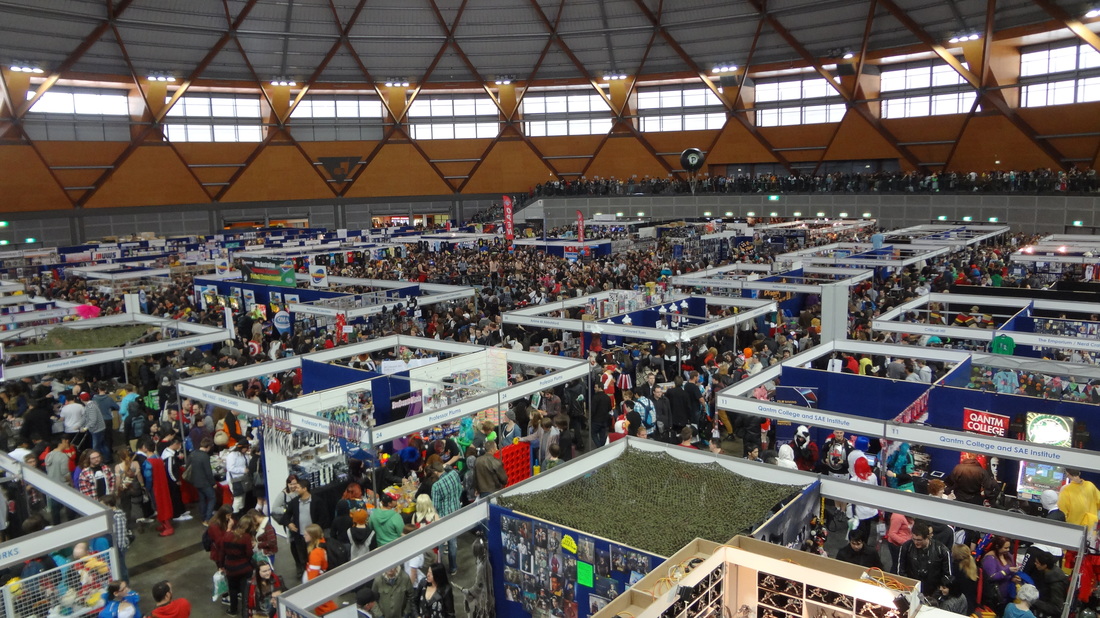 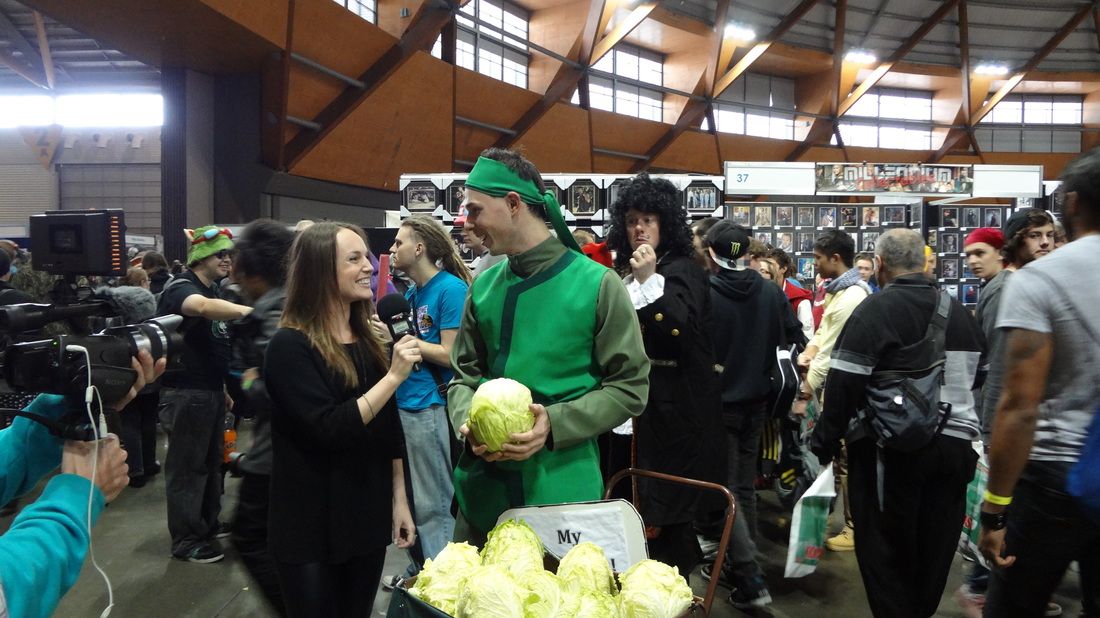 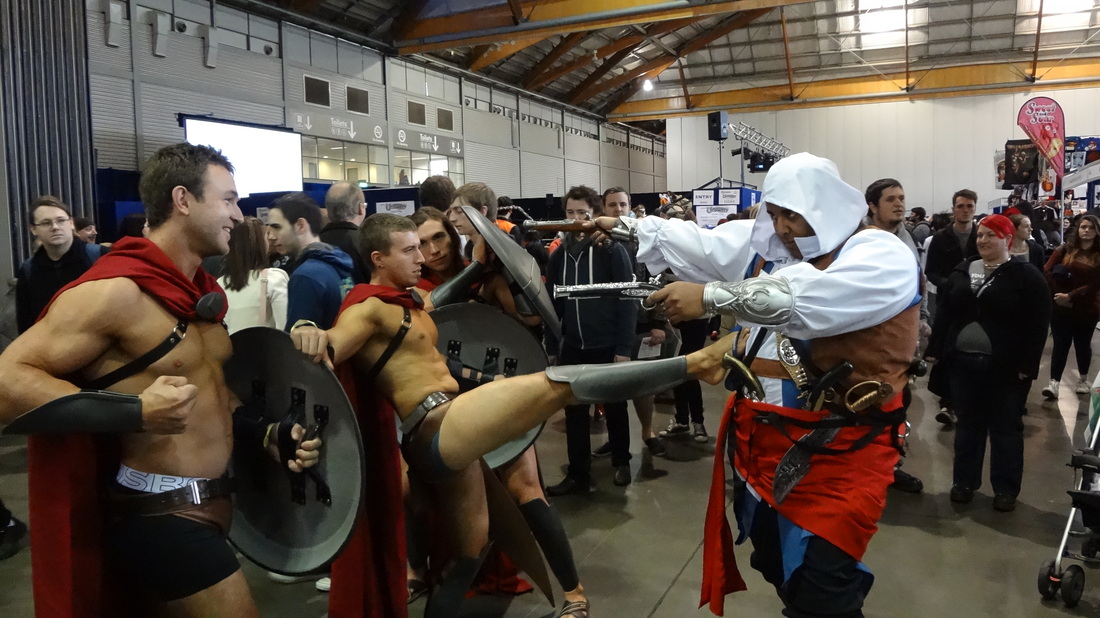 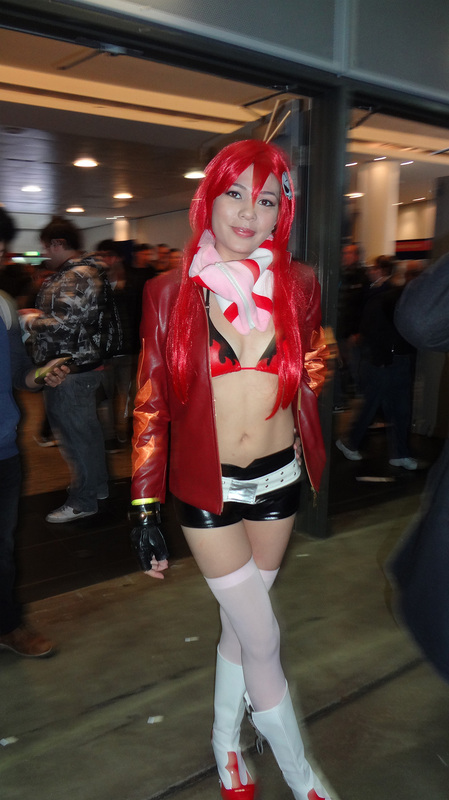 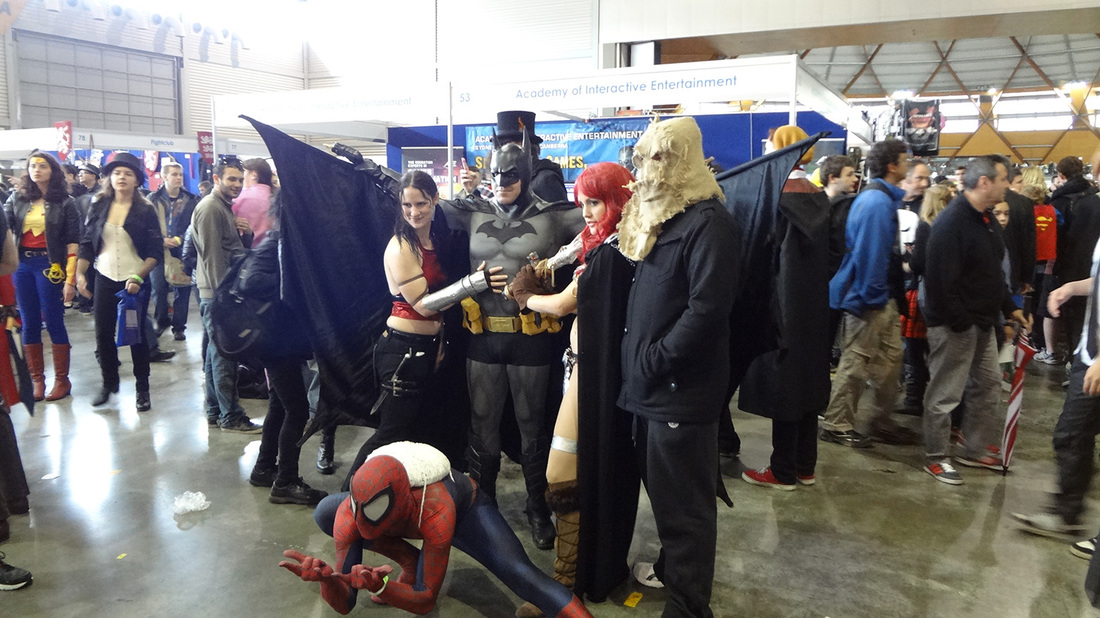 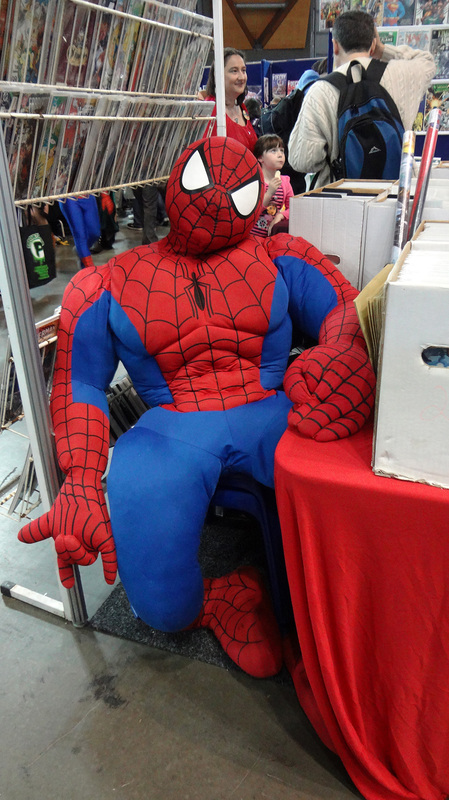 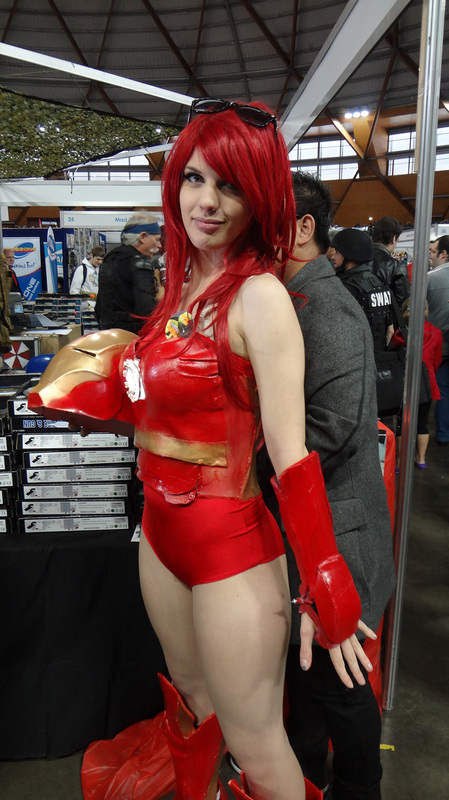 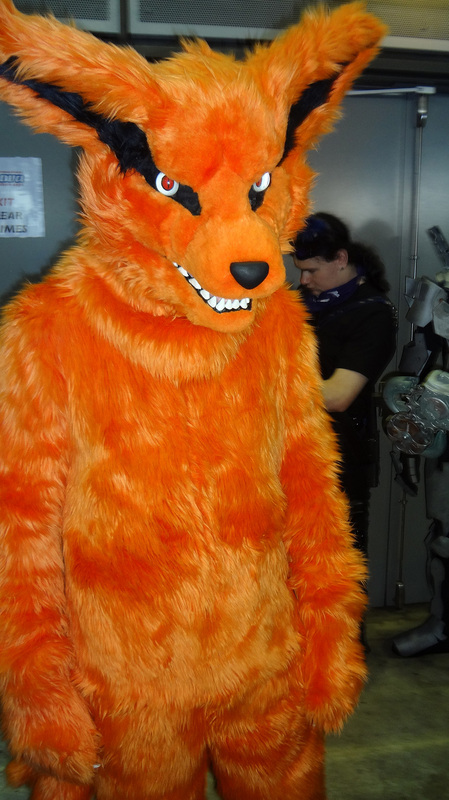