It has been announced in the sixth issue of Weekly Shonen Magazine 2014 that the anime adaptation of Fairy Tail will be back in April 2014, after a year hiatus. This comes after months of creator Hiro Mashima telling fans of the series that some good news on the anime will be on the way. The anime itself ended on March 30th 2013 after 175 episodes. 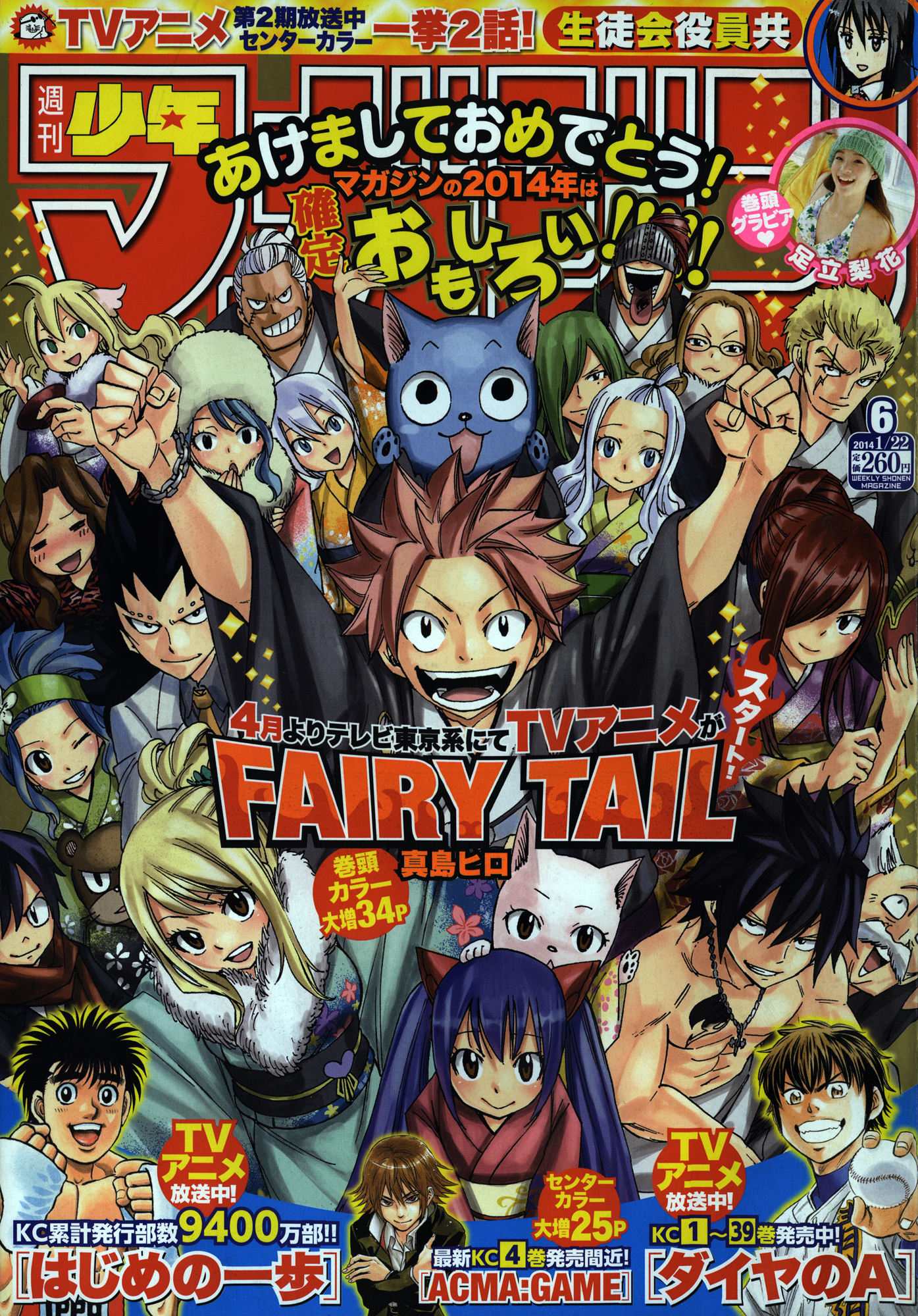 Whilst the anime will be back in its full glory, the majority of the cast and crew are mostly the same as some changes to production has been made. Here is a list of the currently confirmed staff of the 2014 Fairy Tail anime:

The two changes have been revealed so far; Shinji Takeuchi will be the new character designer replacing Aoi Yamamoto, and studio Bridge will be replacing studio Statelight as secondary studio. Takeuchi himself worked on the character designs of Gintama and studio Bridge is behind the production of Mitsudomoe. Bridge themselves will be assisting A-1 Pictures in production. The currently revealed cast members are unchanged. 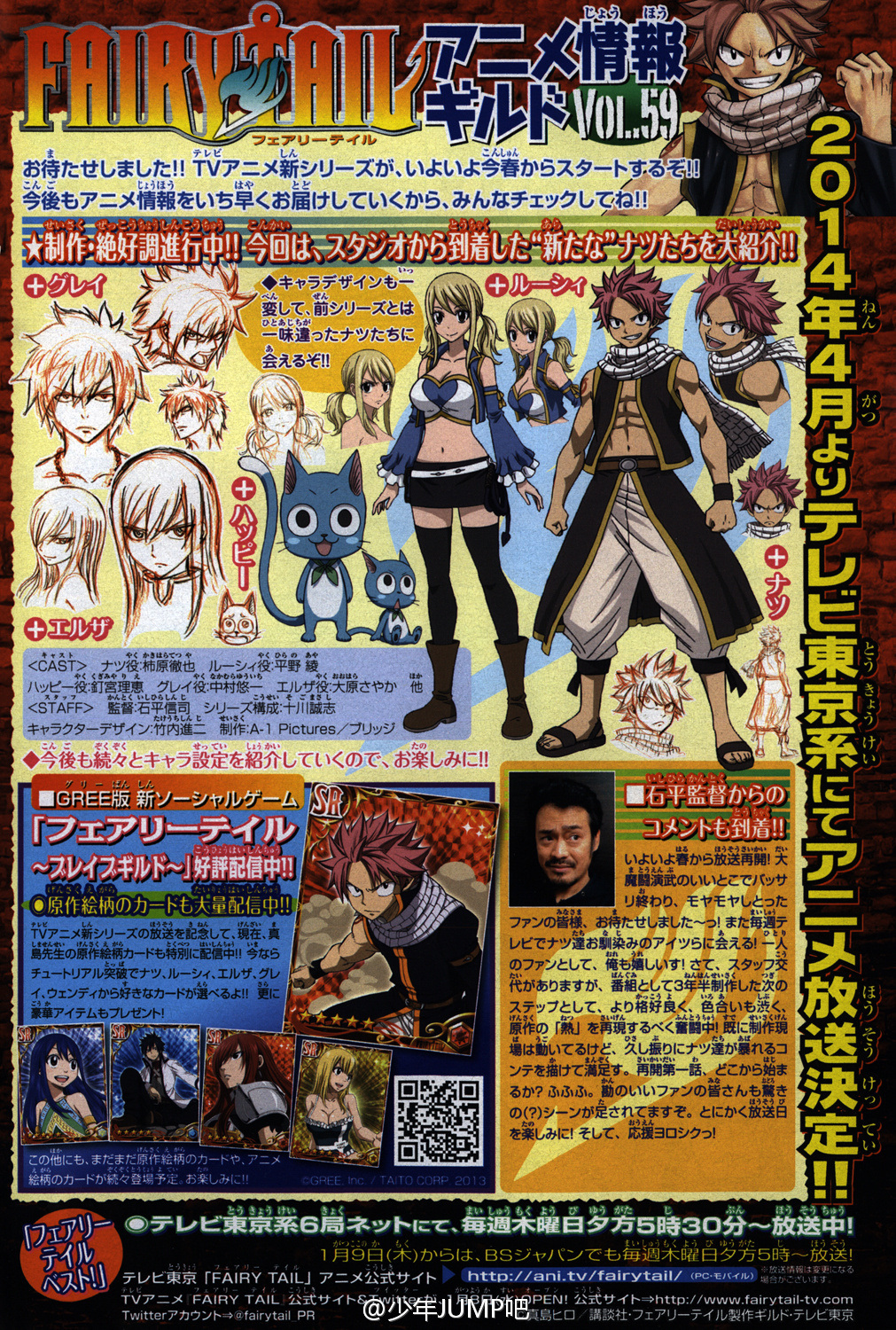 The Fairy Tail manga was created by Hiro Mashima in 2006, being his second major publication after RAVE. An anime adaptation was then started airing in 2009 and ended on March 30 2013. Over the last 3 1/2 years, the series has grown in popularity. 7 OVAs have been released thus far and a feature film, Fairy Tail: Houou no Miko, that released in August last year. The manga itself is currently passed its 41st volume, which release earlier this month.

The new 2014 Fairy Tail anime will be out in April. Whether this will be a continuation of the first series or a reboot is unknown.